From the moment I first walked into Grand Ave. Shrimp House I felt like I'd been there before. Maybe in fact. This place has been owned by multiple people over the years. But something was calling my memory into overdrive. I couldn't quite figure out why this unassuming shrimp shack that sits on a corner just east of Hanson Park was triggering so many memories. Eventually I'd figure it out. 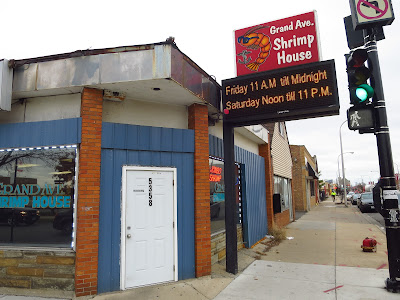 Grand Ave Shrimp House is a classic Chicago style shrimp shack. Maybe that was the reason I felt like I'd been here before? Kind of. Fried shrimp is sold by the pound alongside a handful of other sea creatures. They also have a few sides like the mac salad I love from Goose Island and then it hit me. With the pinball machine, minimal decor, small cups of Macaroni salad, middle aged African-American men behind the counter, is this place in anyway connected to Goose Island? Yes and no. I knew for sure when I got my shrimp and the hot sauce was the same Heine's style sauce I grew up on eating Goose Island fried shrimp as a kid. Not just that but the jumbos are breaded the same. 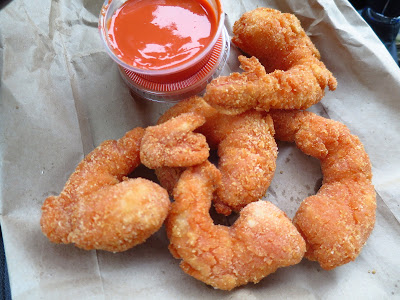 I believe that these guys used to work over there. They branched out and bought this place at some point on their own. There's no way there's not a connection but every time I ask someone they cant really give me clear answer. Whenever I'm there the phones are ringing and locals are stopping in for some classic Chicago style fried shrimp so it's pretty busy and I don't want to bother them. This is a specialist type place that's worth your time. They use Gulf shrimp for their product and you can taste the difference - even with that thick crunchy coating which along with the vinegary orange sauce makes this shrimp Chicago style. Lot's of other spots use a less thinner coating and sometimes I prefer that but bc this style is/was served at so many city shrimp shacks it's taken on it's own genre in part bc of the city's love for them. One of the few things that differentiates Grand Ave and Goose Island is the buffalo shrimp they make over at Grand Avenue. Available from 5 to 8p. It's pretty fire. 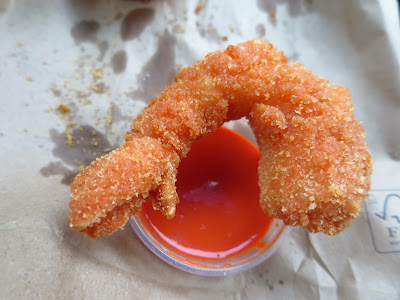