I'd been patiently awaiting the arrival of meat pies in Chicago. Despite the fact they sound like a 1970's era published casserole recipe that they are not. Meat Pies are the main form of snack in Australia. I've always taken a liking to savory pies which are pretty popular not just down under in Australia but also over in New Zealand as well as Great Britain and also South Africa. I love them all. 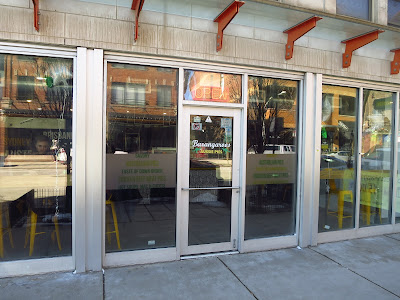 Barangaroos opened on Sheffield just off Belmont last month. Next door to that longtime "Tiki" bar in the area. It's name comes from a busy Sydney suburb where the meat pie is taken very seriously. Australian Meat Pies tend to be personal sized and filled with a variety of fillings many of which reflect the cultures found throughout the country. The thing I can most appreciate about these meat pies aside from their convenience? The fact that they're actually pies and contain bottom layer of crust. It's hard to find real deal meat pies on this side of the equator. The couple who owns Barangaroos spent time in Sydney where they developed a love for the meat pie. Now they're here in Chicago. 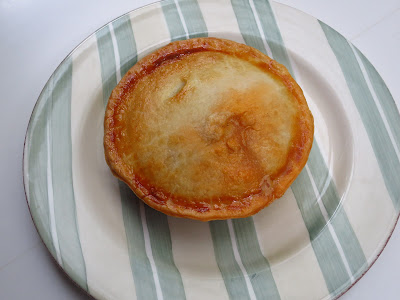 Barangaroos carries about 10 different styles of meat pies. Clearly some of them seem to be geared towards the American palate. That's cool but I'd rather try the kinds popular in Australia and what not. One of the most popular pies is the mince meat. Made with ground beef, onions, and gravy it can go a number of ways from there. Barangaroos adds cheese to theirs and it's better that way in my book. I also liked the Shepard's Pie even though it's made with beef and thus technically not a Shepard's pie which is made with lamb. But it does it's job in hitting the spot like classic comfort food does. Bc of the heavy Australian presence in people from South Asia as well as SE Asia you can also find pies like chicken tikka and options for vegetarians such as the veggie pizza. I liked these enough to have been in a few times already. They're a great snack on a cold day and well we've had quite a few of those lately. I hope they do well and offer some sort of expanded menu with some more of the traditional options when they get going. They've had decent crowds when I've been in so we'll see. 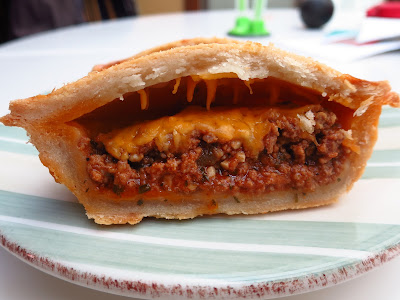 a peek inside an Australian Meat Pie