The openings of 2019 are off to a roaring start. Brothers & Sisters arrived right at the end of 2018. After most lists on the best new openings of 2018 were released. So it's one of the first spots to qualify in the 2019 nominations. I think by the end of the year they will be a popular pick. Brothers & Sisters is the collaboration of a Chicago restaurant industry veteran and a Madison, Wisconsin one as well. On the Madison side is four time James Beard nominated chef at Madison's Forequarter. 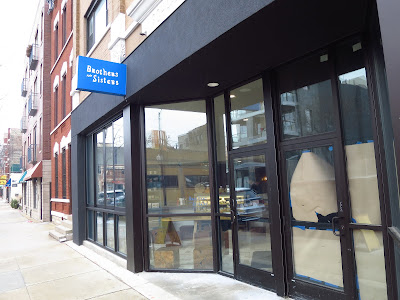 We've been into B&S a few times already. One of the reasons for this is it's versatility as a restaurant, cheese-monger, and also wine shop. You can take a step further and call them a mini grocer too I suppose but their stronger in the cheese and wine departments. Both of which are really nice options to have considering this is an all day restaurant at heart. The menu has been described by others as Supper Club inspired but I didn't really feel this to be the case. Actually Brothers & Sisters reminded me alot of a spot in Madison called Merchant and I'm pretty sure there's a connection if I remember correctly. Bc they're serving food all day you can find some really nice options for breakfast. 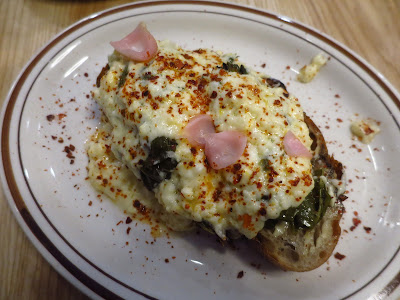 One of the best brunch plates I’ve ate of late came from a dish consisting of silky smooth creamed eggs over toast with pork fat collards, pickled pearl onions, lemon, and Aleppo pepper. It's a fantastic plate that I think has been on the menu since the get go. They switch it up here and there which is nice bc places like that can keep neighbors coming back to see what's on the menu that day. I don't think they have this breakfast sandwich pictured below anymore but it was a very well put together sandwich. Most of the ingredients here are either made in house or sourced from local suppliers. 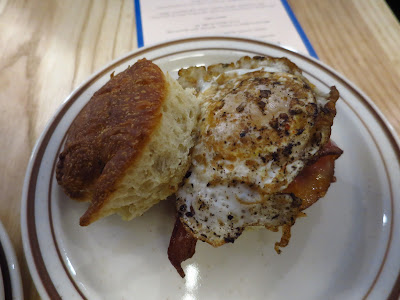 Moving along the smoked whitefish salad is a great snack to sit at the bar and enjoy. There's only about six seats up there but they also have a few tables lurking behind. The space is bright and pretty open which I can appreciate. Stools along the front windows and a couple large picnic type tables round out the seating situation. It's been full on a couple of our weekend visits. Back to the salad which is served with flax crackers the combo of which was new to me. They worked well together. 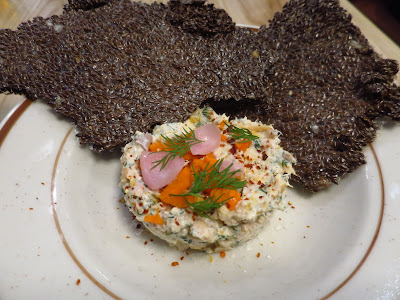 Sandwiches make up for most of the midday menu. I'm not sure if they're making the bread for these in house or getting it from a local maker but it's high quality stuff. Much of the meats used in the cold cuts come from Underground Meats in Madison. One of the country's best butchers and meat processors. The Italian is a very nice nod to the classic with a few of Underground's cured meats mingling with fresh cheese and also some zippy housemade giardineria. Will try some others soon. 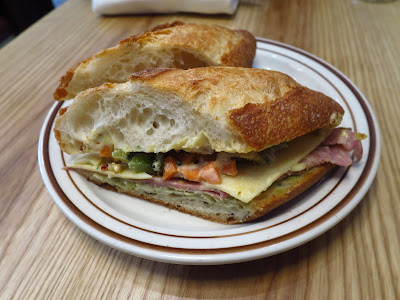 Speaking of fresh cheese they have a fantastic case in the front. You can make your own little cheese plate to enjoy there or bring it home for your own fridge. The selection is really something but then again I'm not a big cheese shopper. I was just impressed with hoe many blends they had from local Midwest farms in places like Wisconsin and Indiana. We've tried a handful of the soft options from the case and most of the stellar ones have come from the Midwest. It's nice to have a local purveyor of these fine cheeses being produced here in America's Heartland. Count me in as a regular. 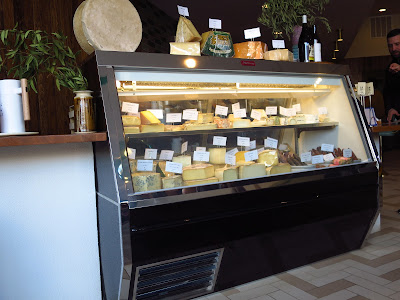