Over the last calendar year Chicago has seen an increase in good Thai food. One of the spot's that attracted alot of attention from the local food media is Ghin Khao Eat Rice. A place with two distinctions from the rest of the city's Thai restaurants. The first being it's Pilsen location. It's not on 18th like some might expect the way that block is going. It sits on Cermak in a predominantly Hispanic part of the neighborhood. It's the only non-Mexican eating option on the block. The other thing that sets "Eat Rice" apart from other Thai spots is it's menu focusing in on Northern Thai food. 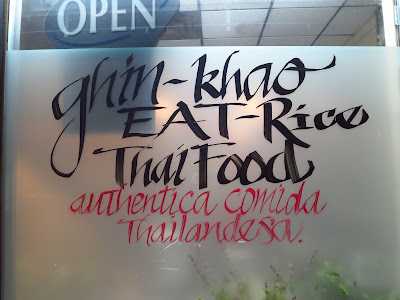 The owner of Ghin Khao Eat Rice grew up in a Thai restaurant in Edgewater. It was there where his family opened up their spot after moving to the States from a city just outside Chiang Mai - the hub of Northern Thailand. The food in Chiang Mai is much different from that in say Bangkok. The latter of which has heavy Chinese influence while Northern Thai food is a mix up of not just Thai but also recipes and ingredients native to Burma and Laos. Ghin Khao has a chalk board menu that features a few different specials here and there. Both the sour Tom Yum soup (clear broth version) and an order of woonsen noodles stir fried with vegetables were refreshing options as an appetizer before entrees. 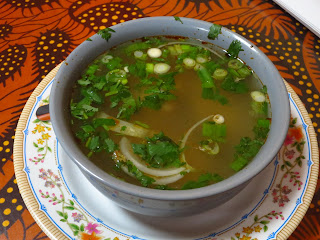 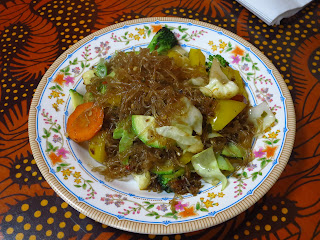 All of the food at Ghin Khao Eat Rice can be traced to the owner and chefs family back in Northern Thailand. Sometimes some of his family can be seen with him in the kitchen. One of the most popular dishes in Northern Thai food is Som Tom which is described as green papaya salad on most menus. The Northern Thai spots don't skip out on the funk which is what makes this dish so great. 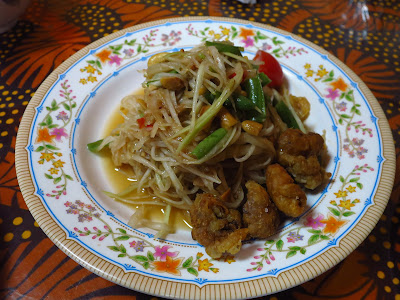 Two dishes I plan on returning for more of are the grilled pork shoulder and also grandma's pork belly recipe. I found myself eating both of these like popcorn in that I couldn't stop popping little pieces of each as if they were kernels. The jaew sauce served beside the tender pork shoulder is wonderful. 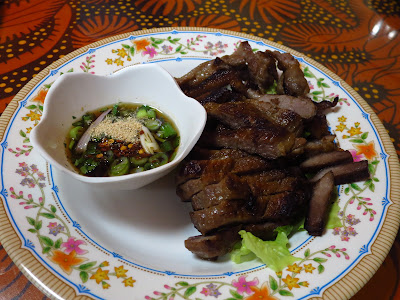 Other options I can personally recommend are the crab fried rice. They use real bits of crab. Anyone who's had this dish on one of Thailand's 100's of islands will be immediately transported back there upon first bite. The low key must eat dish in Chiang Mai was the grilled chicken for me. There's a few spots I tried there that were off the charts good. Legendary stuff. Ghin Khao does a super respectable rendition of this regional Northern Thai dish. The chicken is slightly sticky with a super pleasant consistency where it falls right off the bone. Just make sure to get some sort of sauce on the side bc that's the stuff that makes a somewhat boring eat (grilled chicken) a very interesting one. I hope Ghin Khao can stick around Pilsen for a while bc they have some crave-worthy dishes. Just not Pad Thai. 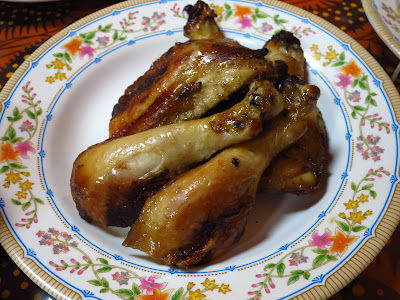