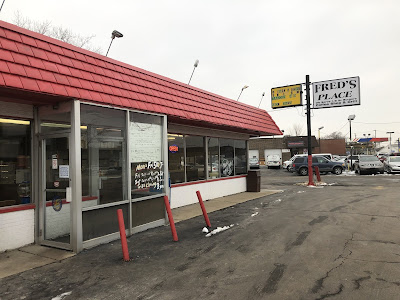 Fred's Place feels like alot of spots that are long gone. It sits in a big lot where the concrete is all sorts of cracked. Maybe this is from the semi trucks that like to pull in for breakfast, lunch, dinner. Fred's Place has been open as something or another since I believe the 50's. For a long time they were 24/7 but these days they close late afternoon on the weekdays. Inside is a classic diner that can only become one after decades of service. Even the waitress seems to have been there forever. There's two items on the menu that get lots of online love. One being the garbage omelette made with just about everything. The other is the 1/2 lb burger they advertise on the sign outside. I tried one in patty melt form and it was wonderful. Nothing special in particular but it was made perfectly. The fresh patty of beef and the onions were infused with all the flavors the flattop has consumed over the years. Also terrific was a side of hash browns made from scratch. I plan to go back next time I'm near there. 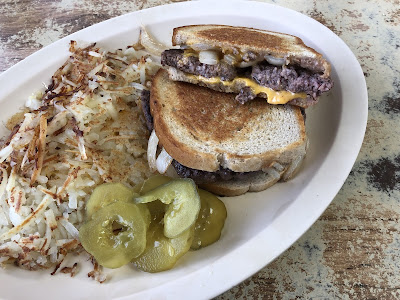