I've noticed a few new Indo-Chinese restaurant openings in the last year. All of them actually within city limits, well one of them is in Evanston which borders the city. As you may well know I love me some fusion food especially anything-Chinese. Wok N Chop sits in a strip mall on Foster in Albany Park. It shares the mall with a laundry-mat, hookah bar, and also a low key Korean restaurant. I believe the building it's in used to house a convenience store. They've been open about 5 months. 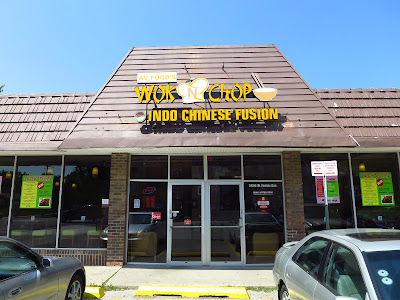 When I first read up on this place after they opened, the reviews were not good. I know most folks view Yelp as childs play but I think it's a better resource than most, when used right. One thing I will say about it is many of it's Asian and Indian users are downright hard on the restaurants they visit. It seems like they hold restaurants to the same level as their grandmas cooking. This doesn't mean they're wrong but I've noticed over the years that many Chinese and or Indian restaurants that score below a four are actually pretty good. It's just the locals and or the silly gringos are hard on them for things you and me might not even notice. All this is is an observation and nothing more but I think there's something to it. So recently I checked in on the reviews and instead of them all being bad they're now about half and half. It seems that the food served at Wok N Chop is either love or hate. 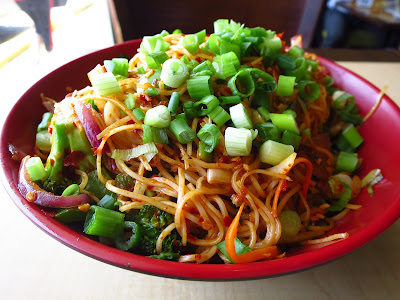 The menu here includes most of the classic Indo-Chinese favorites. Stuff such as Manchow soup, Manchurian chicken, Chili chicken (and fish), and more. They have a lunch special but it didn't include the garlic noodle dish I like so I went ahead and got an order. Portions are huge. I noticed quite a few Indian families on my visits. The noodles were good not great. I liked the flavors but it became one dimensional after a few bites. Next trip in I tried some lollipop wings as those are always good when done right. They fried up nicely but again the seasoning was just ok. I noticed the same sweet chile sauce that was in the noodles was on the wings. So again I liked them but after a few I was ready for something different. I guess I'm one of the few that thinks this place is somewhere in the middle of good and average. Then again it was about on par with all other Indo-Chinese that I've ate to date. 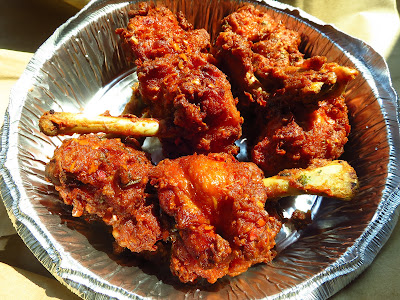