Proxi was at the top of my to-try list for a while. Basically since they opened in 2017. My wife went without me when they did open and I was left out in the cold bc of it. Haha. Well when my bday rolled around last month I was told to pick a place and guess what my choice was? That would be the second restaurant from Chef Andrew Zimmerman of Sepia. Proxi is the younger sibling with an international flair and penchant for street food. Elevated street food is a controversial term however. 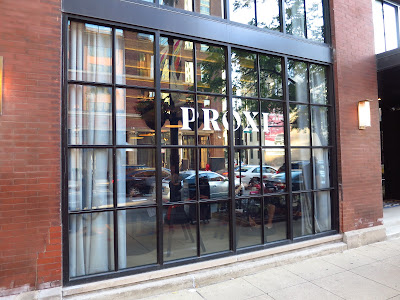 The menu announces that "Proxi takes you on a ride to the world's most culinary rich corners. We're guided by tradition, but not bound by it, and our dishes celebrate the power of bold flavors through a fresh American lens." Sounds like they paid someone to come up with something that sounded cool. That said the menu was indeed pretty damn cool. Lots to like. Without wasting your time trying to find clever adjectives to describe each dish let me just say this was one of the best meals of the year as I was expecting it to be. I was surprised by how large the space is. I thought it was more intimate. 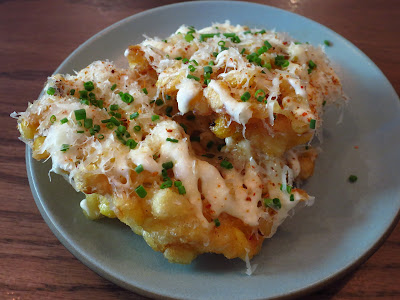 The first dish out was one combining my two favorite cuisines. Mexican and Japanese. They take the popular Mexican street food elotes and throw some tempura batter on it before a trip to the fryer. This was delicious but I was left wondering if it should've been saved for dessert. It was way sweet. 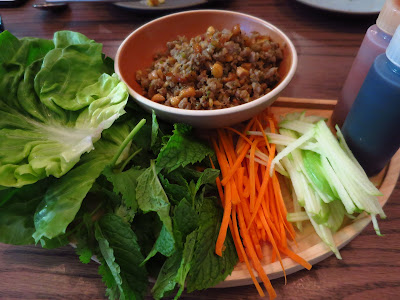 Moving onto some flavors from SE Asia. This little DIY platter of pork lettuce wraps was also really good. Though after a trip to SE Asia the flavors will never quite be the same over here. I liked the dish alot but found it missing that funk the food in Vietnam is known for. There was fish sauce up in there it's just hard to replicate flavors from a place half way around the world. Produce is different etc. 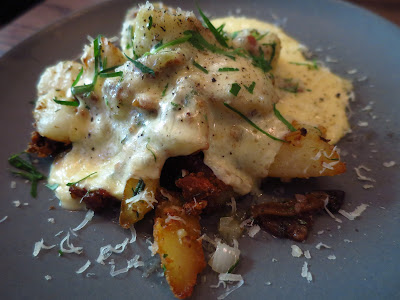 Next plate out was this play on carbonara substituting potatoes for the pasta. This was a decadent dish full of rich flavors. I could've probably ate just this and gone to bed content for the evening. 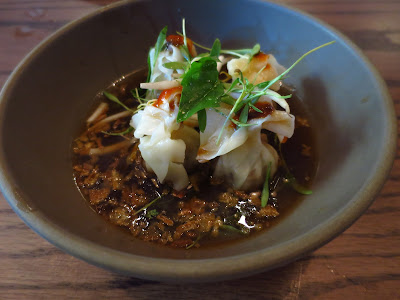 If I see dumplings on the menu I'm getting them. There's been some good ones served out there this year. Proxi's duck dumplings might've been the best of the bunch. The skin was just soft enough while the taste of duck was there. That pho style beef broth they sat in was close to the real thing. 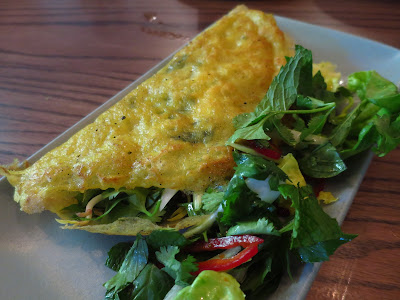 Winner for best dish of the night went to this beautiful Bánh xèo aka a Vietnamese pancake. I know I said up above it's hard to mimic the flavors of real deal street food and it is. But this was like something I would've ate at a hip restaurant somewhere in Hanoi. The crispy fried egg pancake wasn't loaded with oil like you'd find in the streets but it still had enough to taste like it. I envision a day in the near future where I really get the hankering for this dish and take myself back for another round. 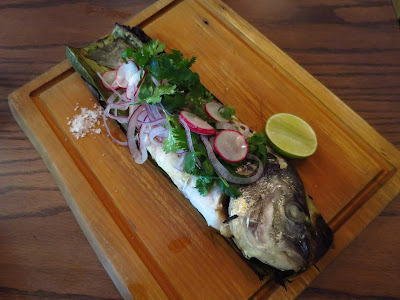 The only miss of the night was actually the plate I most looked forward to. Pescado Zarandeado is a specialty dish from Sinaloa, Mexico that I got to try in Baja where lot's of Sinaloans live. It was one of the best seafood plates I've ever ate. When you walk past the open air kitchen at Proxi you see a couple flames from the stoves. This had lots of potential but when it arrived there was no chile paste (it was in between) and you couldn't tell it was cooked over live fire at all. There was no taste of char. In fact it tasted like it was baked. Too bad bc it's a legendary dish. That said the rest of the stuff incl. a fantastically unique tres leches cake was stellar. I really liked the meal and overall feel of Proxi. 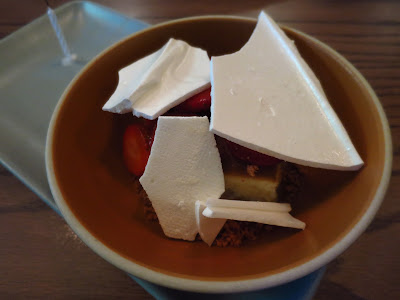