You know it wasn't too long ago that the jerk taco was somewhat of an oddity. Back in 2014 when this piece was posted it was a popular item at the Jerk Taco Man's stand but nowhere near as readily available as it is today. Damn near every Chicago restaurant that sells jerk chicken now sells jerk tacos. So I wouldn't be surprised if the folks at Tastee Rolls have the next big thing on their hands. 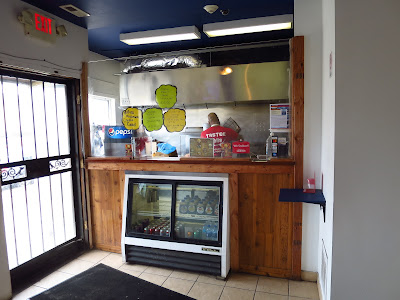 Tastee Rolls calls themselves the "Home of the Jerk Chicken Egg Roll" - and any time a place calls itself the home of something I have to stop and try it. I was kind of taken into deja vu when I walked inside Tastee Rolls and it reminded me exactly of the old Jerk Taco Man's location. It's very similar except here the star of the show is the jerk chicken egg roll. It's one of a handful of options they offer as far as fillings but as I was told it's easily the most popular. I can understand the love. Inside a fresh fried to order egg roll was the flavors of Jamaica that I crave. Big chunks of white meat chicken mixed in with crunchy vegetables like carrots and cabbage with just the right amount of spice from the jerk. There's a decent sized Chinese population in Jamaica but I've never seen jerk chicken egg rolls at any of the Chinese-Jamaican joints that I've visited. Like the jerk tacos these are a product of Chicago. 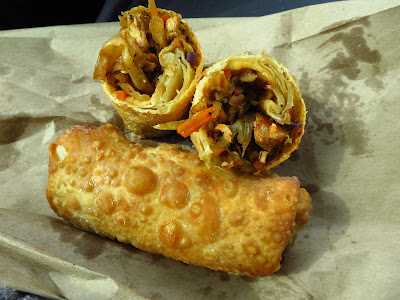