There's a cool article on Al's Deli in Evanston that's been floating around my Social Media feed this week. I've featured Al's before but that Takeout article reminded me I've never given my thoughts on Evanston Grill. Another one of the city's most beloved spots. A place that generations have ate at. 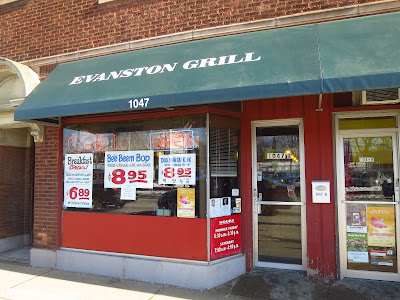 I have pretty much zero affiliation with Evanston. I didn't go to Northwestern but I did go to Loyola Academy for a couple years and it brought me through Evanston often. As the purple line was my way home. I remember when I first learned of Bi Bim Bop after seeing the ad on Evanston Grill's window announcing they served it. Evanston Grill is a Korean owned diner where the mother and son are always in-house. It's the last of a dying breed. To my knowledge there's only three Korean owned diners left in the Chicago area as well as one Vietnamese owned spot. Evanston Grill caters to a city that's mostly vanilla so you can expect all the breakfast classics as well as a few Korean favorites. 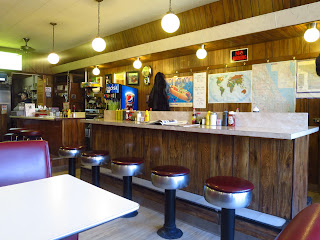 I can't say I'm a regular here but I can proclaim my love for it. Every time I stop by which is maybe every other year I'm reminded just how classic of an establishment this is. It just wreaks of old school feels. I'm sure that pretty much everyone that lives in Evanston or went to school at Northwestern has an opinion on this place and I'm sure most of them are good. Personally I love the bi bim bop here as much as anywhere. They make a pretty traditional style with a handful of different thinly sliced veggies resting on the bottom with a big scoop of rice on top as well as a fried egg and lots of sliced beef. It doesn't come in a dolsat bowl which is it's biggest weakness but the beef is it's strength. I love how they chop it down really finely and season it just right. Kimchi is free upon request. Bc the son runs this spot with his mother it may have a couple decades left but you never know for sure. 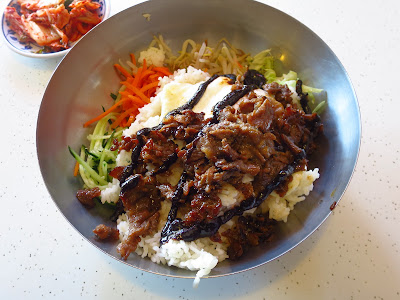 i go to Evanston often, and can never find anyplace good to eat. I'll try this.