I don't know about y'all but I'm really liking this current trend in Homemade* gyros. I've noticed a handful of spots that have recently popped open in Chicagoland where they're pushing what most of them call Greek Street Food. Today's stop takes us to the North Center neighborhood for some. 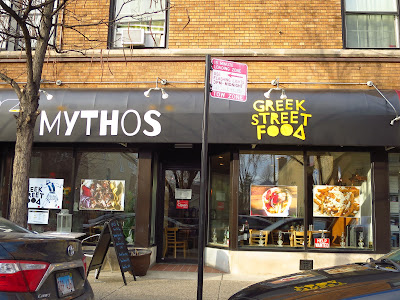 Mythos Greek Street Food is new but it's owners and the restaurant space are not. This place used to be called Mythos Greek Restaurant and it was a sit-down spot serving a full scale Greek menu. The owners decided to go in a different way but not a different cuisine. The food is still Greek but there's a focus on what they say are homemade gyros. The reason I put that * next to homemade in the previous paragraph is due to the fact they don't display the cones of meat in the open here. They may have one going in back but I never saw it. That said the meat you see in the pic below seems to be cut from a spit as you can see layers of meat making up each piece. I love real deal Greek gyros bc most of the time it's made with pork. Mythos version was pretty good but the portion was weak. 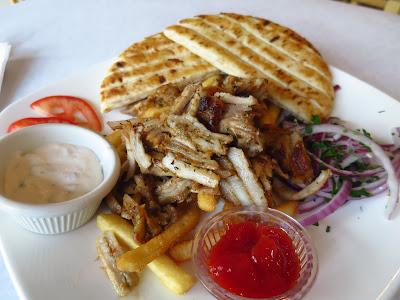 Looking for something Exciting Greek Street Food to make you weekend more memorable. just visit Skyros Greek Meze, one of the most popular traditional greek restaurant in Sydney.

Some please recommend which product I should pick among the ones listed on this site.Best Homall Gaming Chair