I spent a good two years wondering what would open at the address of 2101 N. California in Logan Square. The building that's now home to Lonesome Rose was being rehabbed for what felt like forever. I was extra curious bc I live an easy 7 minute walk away from there. It wasn't until last year that it's future was made public but I guess they spent a good eight years working on it. They being the team behind the Land & Sea Dept. restaurant group which also owns Parson's, Longman & Eagle, and Lost Lake. Lonesome Rose opened this past winter and it's been a popular spot to warm up. 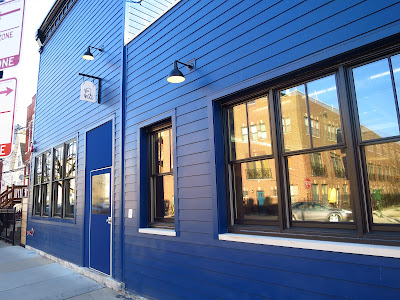 I actually went to LR on the opening day for some breakfast tacos. Before I get into them let me say that I hope to open my own breakfast taco spot one day so you can choose whether or not my thoughts are worth considering. I didn't love them. I liked the housemade flour tortillas but thought both the fillings and the salsas were lacking. Big time actually. They just tasted really plain. I tried a green chorizo, bacon-egg-cheese, and also one with black beans and cheese and I haven't been back for more. Now I will say I'm pretty sure they've gotten better as it was the first day but I was hoping for more. I hope they're better next time. You can follow @tweetsoftacos on twitter for my updates. 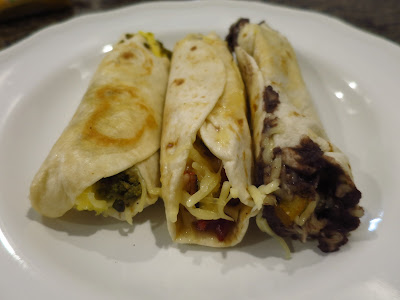 The breakfast tacos are more of a takeout thing here. You can come by in the morning for some of those and some coffee or you can stop by in the afternoon and evening for Border food and drinks. What's "border food"? It's food inspired by the US-Mexico border. So it can qualify as Tex-Mex as well as the flavors from Baja California and so on. I was kind of annoyed it wasn't going to be straight up Tex-Mex but I've warmed up to the idea of cooking all the different foods found along the border. Though I think they missed a good opportunity to do some dishes inspired by the food of Mexicali. 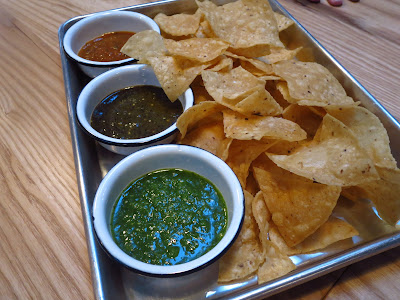 Chips and Salsas at Lonesome Rose

Starting off with an order of chips and salsa is a good way to down a beer. I dont know what was up with the breakfast taco salsa but these ones were much better. While I cant remember exact details of each one I do remember asking myself where were these when I came in for breakfast. The answer is maybe still in the production stages bc my second visit came for dinner a couple months later. There's lots of chips and dips on the menu and we tried all of them. The guac was nice and fresh while the ceviche was decent enough. The best thing on the menu that I've had to date is the queso. 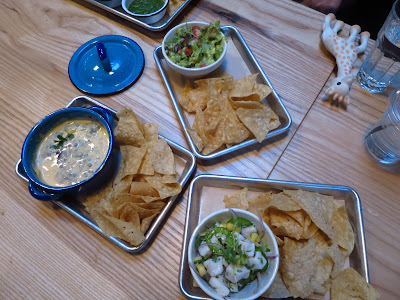 They have an entire set of tacos that are pretty good. I've tried almost all of them and like the fish taco the best. I can already see myself enjoying an afternoon frozen margarita with a couple of those this summer. I was excited when I first heard Lonesome Rose was opening around the corner from me and it's been fun having them in the neighborhood but I guess I was selfishly hoping for something a bit more Texas. Still I look forward to their growth and to a visit to the well stocked downstairs bar. 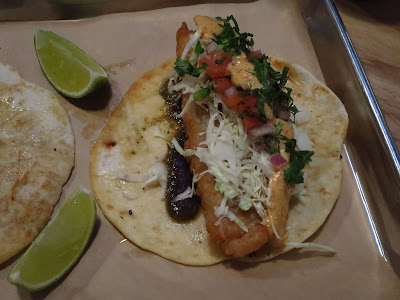 I have not yet been upstairs here.
But I have been downstairs in the diminutive bar which has interesting beer selections, and karaoke some nights of the week (presuming it ever reopens). I walked here from Middle Brow Brwg.