The Logan Square area is home to handfuls of Latino owned restaurants. Puerto Rican, Mexican, and Cuban make up of the majority of them but there's a few "others" like this Dominican mainstay sitting at the corner of Palmer and Kimball. Punta Cana has been around since at least the 90's if I'm not mistaken. It's a smaller space with just a few tables so most of their business is done through takeout which always seems to be steady with repeat customers, the signs of a neighborhood favorite. 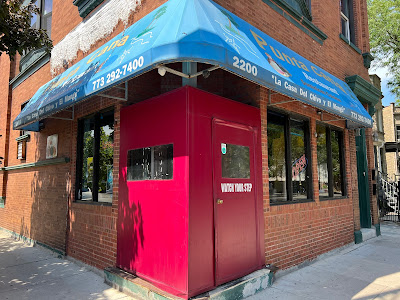 Locals Favorite in Logan Square
There's not many Dominican restaurants in Chicago compared to places like New York and Boston so I haven't had it as much as some of the other Latin cuisines more common in the area but they're all similar in many ways with each of them having their own signature dishes. In the Dominican Republic they have a traditional breakfast that revolves around mangu which is mashed plantains. It's called Mangú Los Tres Golpes which means the three strikes signifying the fried eggs, fried cheese and fried salami served alongside mangu with pickled onions. It's said mangu derived from Ghanaian 'fufu' as the DR has influences from Africa dating back to the 1500's, a side effect of the slave trade. 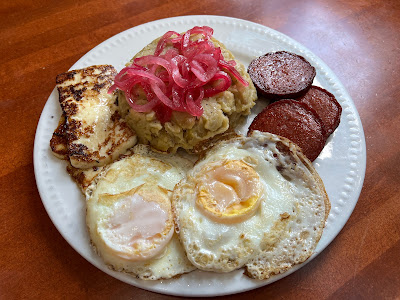 Mangú Los Tres Golpes at Punta Cana
It's tough not to get the breakfast at Punta Cana which is only open until 6p so I typically visit in the morning or early afternoons for that. But sometimes when the taste for oxtail arises I'll head over here for some of that. It hasn't always been on point but when it is it's really perfect. The meat is tender and beefy from it's time sitting in the holding tray while the yellow rice is some of the fluffiest in town. 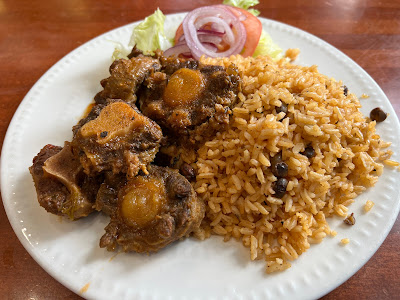 Oxtail with Yellow Rice and Peas at Punta Cana