-Grubbing in Chicago
Sweet and Savory Pastries in Logan Square

Logan Square's Sugar Moon Bakery has been one of the city's best openings in the last year or so. It opened to lines in September of 2021 and has pretty much had them ever since then. For now it's a weekend only (Fri-Sat-Sun) destination ran by an industry vet who reached her dream upon opening. 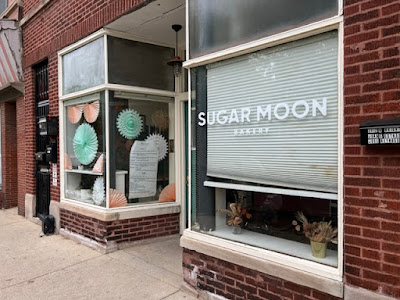 Owner / pastry chef Dina Cimarusti has been baking since her childhood in Lake Geneva. According to an article at Block Club Chicago she was making extravagant wedding cakes before she decided to chase her dream and open her own spot where the product was more about the flavor than the looks. She mentions old school bakeries of the Midwest where the product is all about the taste and flavor with very little regard being given to it's looks. Well I've visited a ton of bakeries in the Midwest and I've never seen pastries that look as good as these and as far as the savory pasties go I'm hard pressed to name a place where I've had better. Take for example her savory croissant which acts as a boat for garlicky mushrooms, ramp pesto ricotta, caramelized onion, sesame seeds, and parsley. It's one of the best things I've ate this year and even still I have trouble deciding between it and other options like a handpie made with curried potato and beluga lentils. I'm not a big fan of the brioche bun trend for burgers but the stuffed brioche buns from here are heavenly. Giardiniera focaccia? C'mon now! And as good as the savory stuff is the sweets are also a must. Items like a chocolate chip cookie made with tahini or an olive oil cake with freshly macerated strawberries are just wonderful. 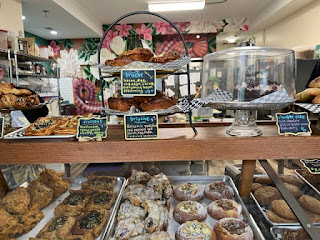 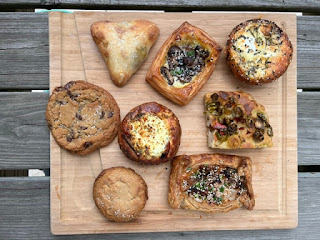 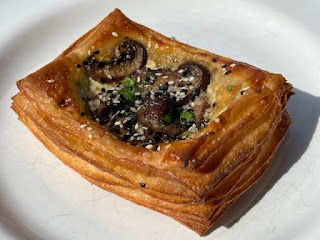 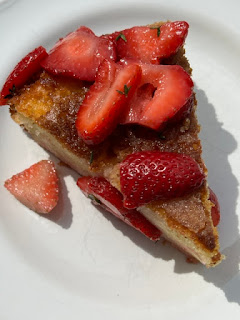