If someone in Chicago wants Middle Eastern food your best bet is a ride out to Bridgeview where there's an abundance of spots. But if you don't want to make that trek the next best bet is Albany Park where there's a collection of bakeries and restaurants including a new spot called Lebanon Bites. 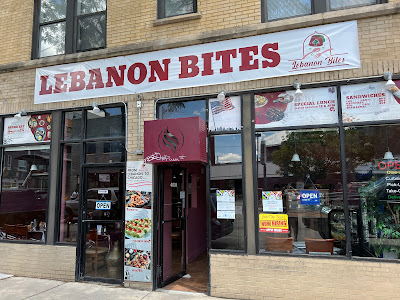 Lebanon Bites sits in the building that used to house Semiramis. It's ran by a guy from Lebanon who comes from Tripoli which is the largest city in the north. He brings with him some regional recipes from that area including Tripolitan Meat Pies aka Lahm Baajin. These are made with thin layered dough that acts as a boat for minced meat with pine nuts and a pomegranate molasses plus mint. These are delicate in the type of way you know it was made from scratch. A perfect pastry snack. 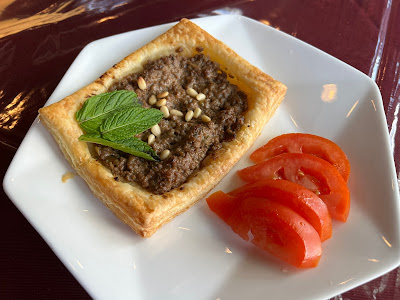 I read some early reviews about some stellar shawarma being served and even though I didn't see any spits of meat out in the open (maybe they were up in the kitchen) I took a chance on the Arabic style which means cut into slices and served with fries. The chicken was def sliced from a spit but it was also a tad dry suggesting it had been pre-sliced. If it was fresher it would've been much better. 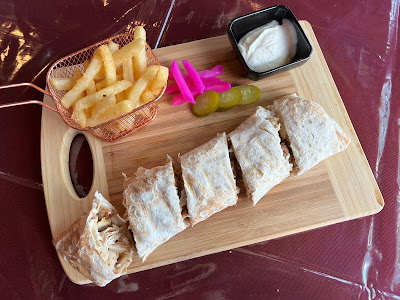 Arabic Style Chicken Shawarma
Speaking of those early reviews there's a few mentions of Halawet El-Jibn which is a regional dessert made with sweet cheese, fresh cream, rose water and syrup that's then covered with pistachios and edible rose petals. The guy who made these fresh for me told me they cant keep them longer than a few hours bc Lebanese people from all over Chicagoland have been coming to purchase them and then some. I also got to try a pastry loaded with chopped pistachios that was really f'ing delicious. Lebanon Bites seems like it'll fit into the neighborhood perfectly with it's interesting Lebanese treats. 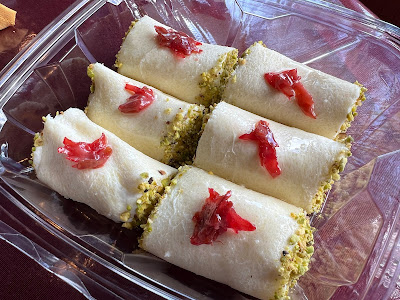