-Grubbing in Chicago(land) Noodles and Dumplings in Westmont

Today we head west to Westmont to get some noodles and dumplings, but no not from Katy's. Today we're going to a newish spot that like Katy's is semi hidden in a strip mall. Katy's being the place that most food people in Chicago would suggest to someone looking for food in the area. It's one of those old school spots that got popular in the heyday of  LTHforum. I'm not sure if Chef June has any connection to Katy's or even where he's from originally bc the menu is filled with regional options. 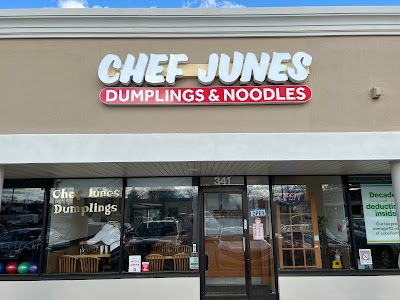 Newly opened in Westmont
The menu at Chef June's has all the usual stuff like orange chicken and such but as the name suggests you want to focus in on the noodles and dumplings. The noodle options are all made with hand cut noodles and include choices like Dan Dan noodles, beef shank noodle soup, Zha Jiang, and Biang Biang which is what I decided to try. I'm a big fan of this dish and have tried enough spots to know that each place makes their biang biang noodles a bit differently. This version came with tomato, ground pork, garlic, hot oil, and peanuts on top. I thought it was a tasty version but don't think it warrants a ride all the way from the city. It would be a nice spot to do carryout from if you lived near. 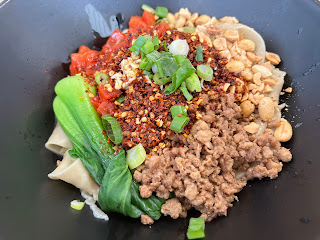 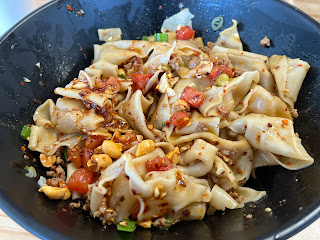 The dumplings are also said to be handmade but I'm not sure that's the case with the xiao long bao. It's not that they were bad but they seemed to in uniform as one to be handmade. The pork and cabbage potstickers were likely handmade and much better bc of that. I'd be happy having easy access to the noodles and the potstickers but the soup dumplings were nothing to get excited about. 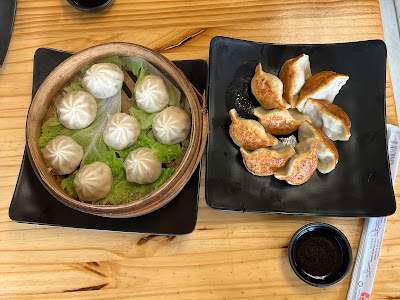