Malaysia (Penang in particular) remains near the top of my travel bucketlist. I hope to go as soon as next year if not at some point in my lifetime. I love what I know of Malaysian food but have really only had it here in the States with the exception being a Malaysian food stall I tried in Bangkok (amazing). That said the Chicagoland area has some decent options and they've doubled in the last year with a handful of openings including HD Cuisine in Wheeling. The pandemic caused them to delay opening which finally happened in the last six months or so. At first it was takeout only with a limited menu. HD is short for Hawkers delights referring to the popular Hawker food fare found all over Malaysia 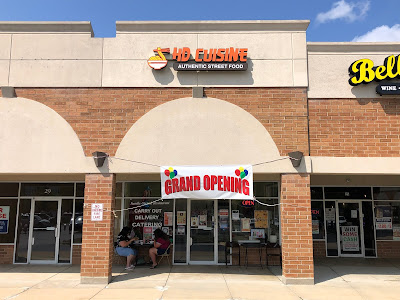 Recently Opened in Wheeling
HD Cuisine sat near the top of my 'Chicagoland restaurants to try' list for a while. I finally made it over about a month ago and had a very good first visit. They seemed to be in the groove with a steady flow of takeout and a few groups of people dining on site for lunch. It’s a small space with one large table inside and a couple smaller ones outside so keep that in mind. I talked a bit with Chef Tony who hails from Penang. Both the actual city and also the Malaysian restaurant in Arlington Heights where he worked before opening this place. One dish I can’t wait to try in its natural habitat is Char Kway Teow which is a Chinese in origin stir fried rice noodle dish that when done proper puts out a wonderful aroma of smoky wok hei. In the meantime I think I have a new favorite version of this dish found here in Chicagoland. Chef Tony definitely learned a trick or two back in his homeland. 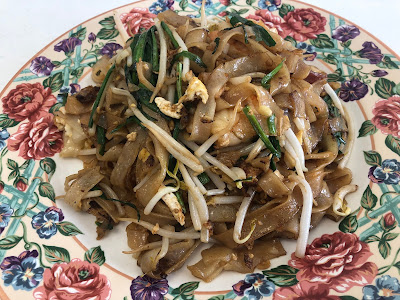 Char Kway Teow at HD Cuisine
The menu features some intriguing options that will take a few visits to sort through but for our first go we tried one of the weekly specials in an order of Malaysian Mee Rebus aka boiled noodle soup. This was a new to me in terms of the dish itself and the flavors it presented. It was more like a curry than soup but also had a spaghetti type element going on. Very good. You can check a thread over at LTHforum where others have shared their experiences (mostly positive) and in some cases pictures. 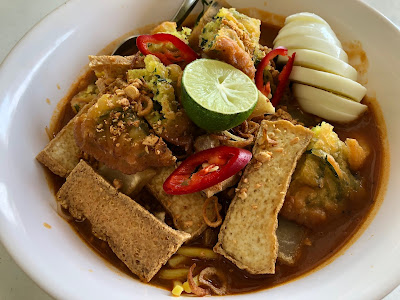 Mee Rebus at HD Cuisine
There was a section of chefs specials on the menu which are always a good way to lean when listed. So we tried Chef Tony’s Ayam Masak Kicap - a popular Javanese dish - which is described as fried bone on pieces of chopped chicken with chili and spices in a sweet soy sauce. This is a great dish for those who not be too familiar with Malaysian food but would like to try it. It's not too spicy or funky but there's lots of flavor in the onions and sauce. It'll be hard not to get this dish next time I visit. 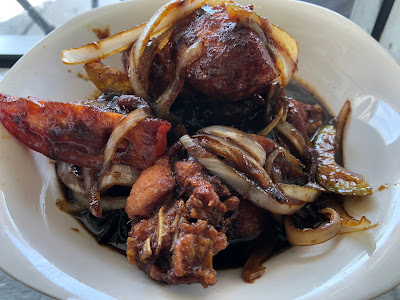 Ayam Masak Kicap at HD Cuisine
The last few years the Chicago dining scene has seen a big boom in Asian dessert offerings. I've become a big fan of any and all of them since they first started showing up. HD Cuisine makes a super refreshing bo bo cha cha which is a popular Malay dessert that can also eaten for breakfast. The main ingredients in most preps call for pearled sago, sweet potatoes, yams, bananas, coconut milk, pandan leaves, sugar, salt. It’s all in the family as I met relatives of Tony manning the kitchen as well as his sister Lyn who walked in as I snapped a picture of the building on the way out. I promised her I’d spread the good word which I’m happy to do bc this is the type of spot I like to seek out. 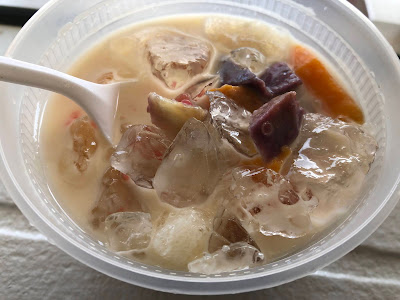