I've never done anything involving Atlanta except travel through there and that's all I did again on a recent trip. However this time I wasn't flying but rather driving through, with an overnight stop. We were headed to South Florida (report coming) and after stopping for lunch in Nashville we wandered into Atlanta just in time for Happy Hour. We met a friend at a dive and had a few cold brews as I stared into the oblivion after the long drive in. After that we went back to the hotel and then dinner. 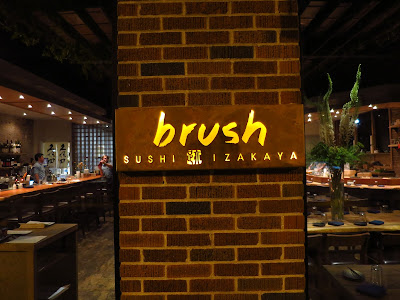 Saw this new Japanese spot that caught my eye so we decided to take the ride over to Decatur and check it out. Walked right in and got a seat at the bar though we could've sat anywhere as it want all that packed. I guess word hadn't gotten out yet. Though they do have sushi we were here for yakitori. 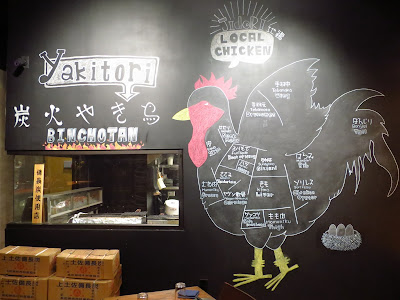 The menu features a variety of meats on a stick including most all of the chicken parts. Aside from the grilled meats they also have a section dedicated to Kushikatsu which are breaded deep fried skewers that originated in Osaka. A double order of each pork belly and mushroom was on point and just the start as far as getting good goes. 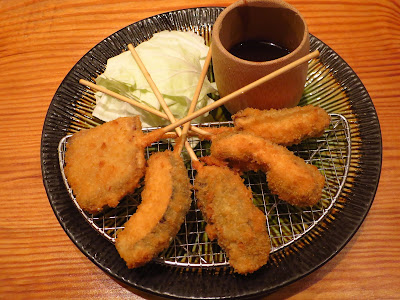 Best thing going is here is what drew me in in the first place. Real deal yakitori. Real deal meaning random jidori chicken parts grilled over binchotan charcoal. The Japanese coal burns at an extremely high temperature and is the gold standard for yakitori back in the old country. It's high heat causes for all the chicken skewers to crisp up really nicely while remaining perfectly cooked being both juicy and crunchy. You can get the skewers in breast, thigh etc but those are for the pre-teens. It's all about the cartilage, neck, rib, oyster etc. We tried a bunch but I kept coming back to these three below, which I could eat all day with some cold Asahi by my side. Fantastic. 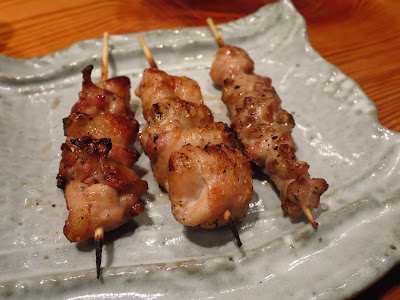 I didn't think it could get much better and maybe it didn't but the Chasu bowl was every bit as good as the yakitori. Some of the most succulent pork belly I've had from anywhere. Melt in your mouth deliciousness. Keep this place in mind if in Atlanta and near the Decatur area. We enjoyed. 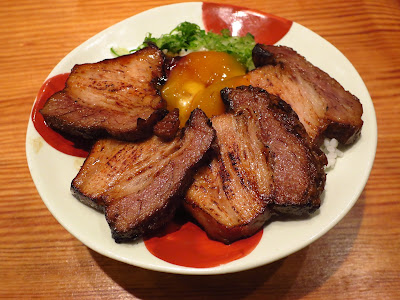 After closing down Brush we were ready to head back to the hotel...right after I got dessert. I wasn't going to let the fact we were a quick ten minute ride from The Varsity become a would've/could've/should've type situation. 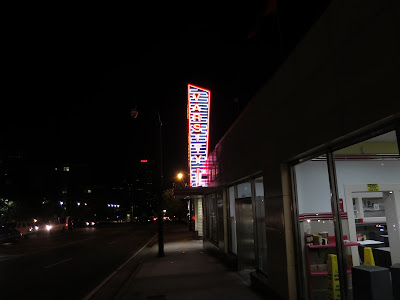 I've seen this place countless times on the TV. Usually when there's a big sporting event in Atlanta. The local mini-chain got it's start in 1928 in what was a much, much smaller space. This one I was at must seat at least 500 people these days, not to mention the sheer size of the parking lot. I can only imagine the place over SEC championship weekend or something similar. They love their chili dogs in these parts and that's the best seller at The Varsity so that was my dessert, with an order of onion rings. Chili Dog was pretty good while the onion rings were pre-cooked and thus not all that hot. I'm glad I went but dont need to rush back. 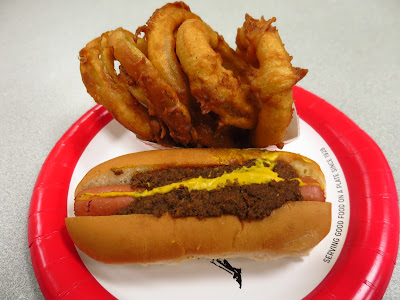 Back to the hotel for some rest before the second leg to South Florida. But not before breakfast of course. Was rec'd a place for bagels by Twitters foremost bagel expert and stopped in seeing as how it was kind of on the way to where we needed to go. 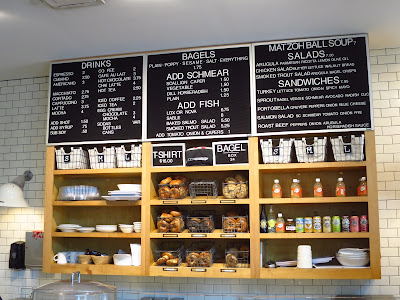 Here we have an NYC style deli with an upscale more contemporary look than the old school spots of New York's past. It's hidden in a shopping/living area but if you got google maps it's easy to find. Breakfast looked good but I wanted to get on the road and do so without feeling weighed down so I got a bagel with lox, cream cheese, tomato, onion, capers to go. It came in two parts (each side dressed) and made for the perfect meal for two before the push South. Next time I want to try the hyped burger and the pastrami hash as I'd happily go back if I found myself back in ATL Georgia. 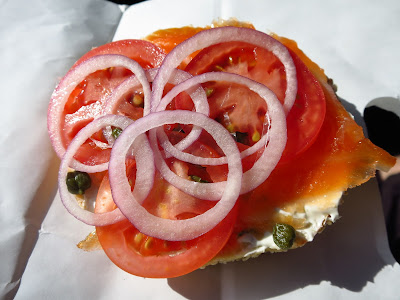 I love it. Mouth watering. www.atlantalandscapeco.com