This weekends feature could've been posted back in 2005 when I first started coming here. Seven Treasures is basically a Chinatown treasure in and of itself. One of the communities longtime residents. The type of spot a where a few generations of neighbors have crossed paths. 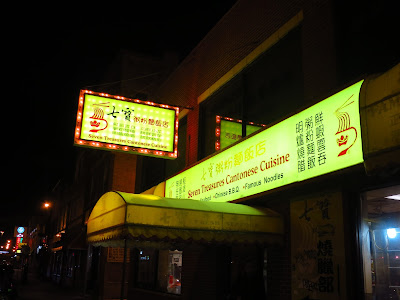 I dont have an exact date from when Seven Treasures first opened but  I've been coming in a decade plus. The 554 plate ($5.95) at Seven Treasures goes back way before than even but I've been eating it since around that time. It's the only thing I've ever ordered from here though others say the noodle soup with shrimp wonton is worth a try. I've also never been here during the daylight hours as the 554 plate is best ate after Midnight. What is that you ask? According to Louisa Chu it's name goes back to the old menu where it was listed as 554. It's one of the city's biggest bargains when it comes to food. It's a plate of whit rice piled with BBQ pork served with two fried eggs on the side. So good it has it's own place in Urban Dictionary because all the cool kids know about and now you do too. 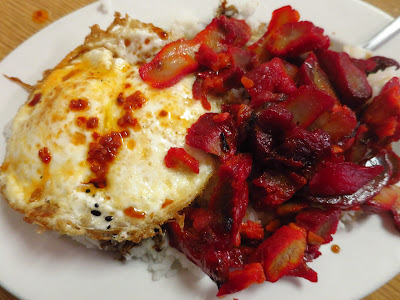