Today's post features five Middle Eastern spots with popular lunch specials. If there's one thing most all Middle Eastern restaurants have it's a cheap lunch special. I enjoy them for a variety of reasons including the amount of food you get for just a small price as well as the fact it's usually healthy and not something that can hold you down the rest of the day. Here's five that I've tried. 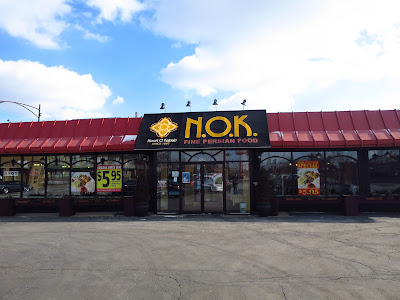 NOK is an extension of the popular Persian joint Noon-O-Kebab. The original is in Albany Park while this one is up north on Milwaukee. I've found the food at this location to be a bit more consistent. One thing that's always good is the daily lunch special. It comes with beef and chicken skewers as well as a couple pieces of fresh fried falafel. NOK always has really good rice and I love the fact you can order extra char grilled tomatoes. One of the best lunch specials in Chicago. 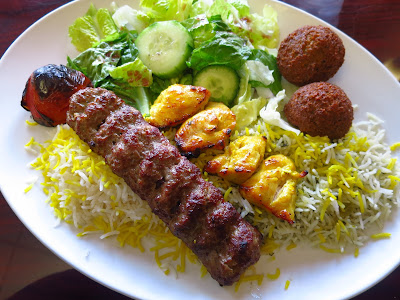 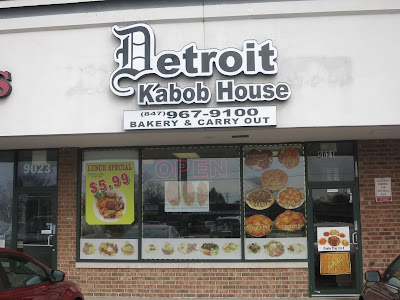 Sitting in a strip mall is this popular Middle Eastern joint with roots in Detroit. FYI the Detroit area has some of the country's best Middle Eastern food mostly found in the suburb of Dearborn. Here at DKH they're pushing the authentic flavors of Iraq. They have all sorts of goodness on offer though the lunch special is all I've tried from there. I hate the places that pre-cut shawarma and in doing so hack it up into large chunks. That's not how it was meant to be. Here they cut it thin and make sure each piece is cooked just right giving it come crunch. Way better than most of the chicken shawarma found around town. This might be the best bang for your buck of all these lunch specials as it also comes with beef shawarma, falafel, and both beef and chicken kebabs. Dirt cheap too. 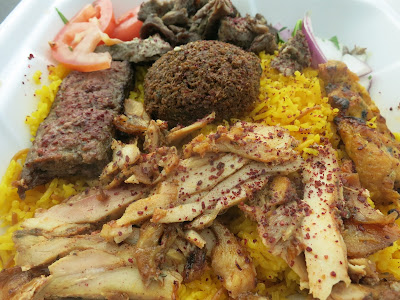 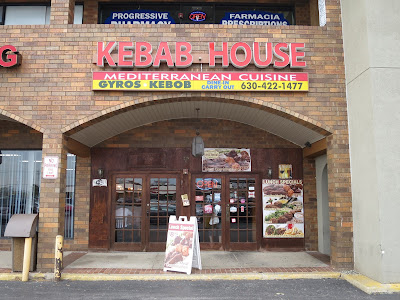 This place gets all sorts of love on Yelp. It's got near perfect scores and according to the reviews there's lots to like about it. Including the lunch special. Theirs comes with beef kifta, chicken kebab, steak kabab, donut shaped falafel and also some gyros. While the gyros were sad the beef kifta kebab and the steak were fantastic. I would go back just for them. 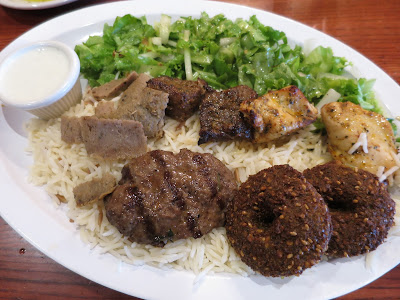 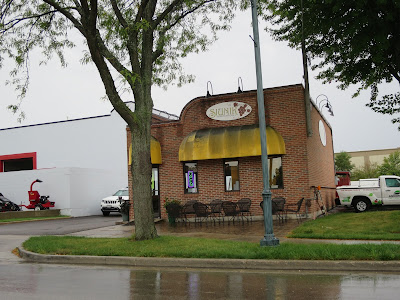 Housed in the same building as an old hot dog spot, Siunik seems to be the new neighborhood favorite. My only visit here came over a year ago but I enjoyed a nice lunch special. From the looks of it this is a pretty boring plate of food but what's on it was cooked really well. Both the beef and the chicken were nice and juicy and the Armenian rice pilaf with roasted slivers of noodles was a great change of pace from the other stuff. I would've been back had I ever found myself in the area. 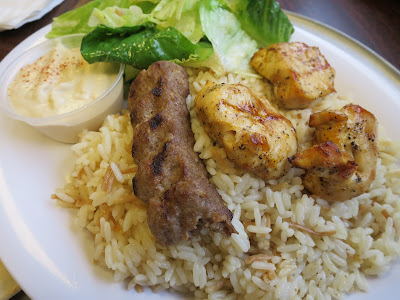 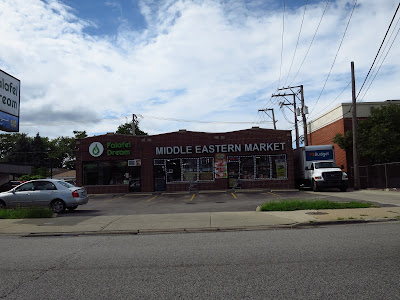 This spot on Harlem is attached to a market if you're looking for a spot to shop and then eat. I didn't get a chance to explore the market but it has to be better than the lunch special. The combination of both beef and chicken shawarma paired with falafel alongside a couple of salads sounded appealing but all in all it was pretty bland. The beef seemed like it was old, certainly not cut fresh and maybe not even cut from a spit as it was all strips. The chicken was cut nice but had very little flavor to it. I wanted to like this spot but just didn't think any of it was worth returning for. Maybe I was gringoed. 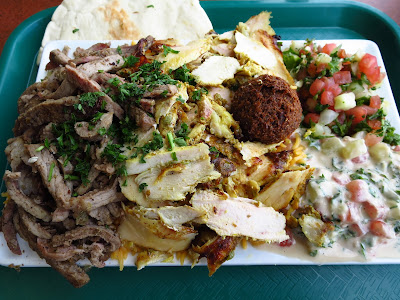