Welcome aboard to The Big State. It takes a combination of things to become a place that I visit regularly as far as restaurants go. I like to stay on the prowl and tackle the food scene one by one and doing so only leaves so many meals that warrant return trips. The obvious and foremost reason to garner repeat visits is to have rock solid food. The second important factor is location because the closer a place is to where I live the more chances I can get there. In the midst of a home switch I've been living in the Ukrainian Village area and around the time I moved into my temporary residence a place called The Big State had opened up at Ashland and Erie. If you're just riding by it can be hard to spy as there is no sign hanging in the air only a small logo on each side of the building. It can easily be missed especially with Duk's across the street demanding so much of your attention. 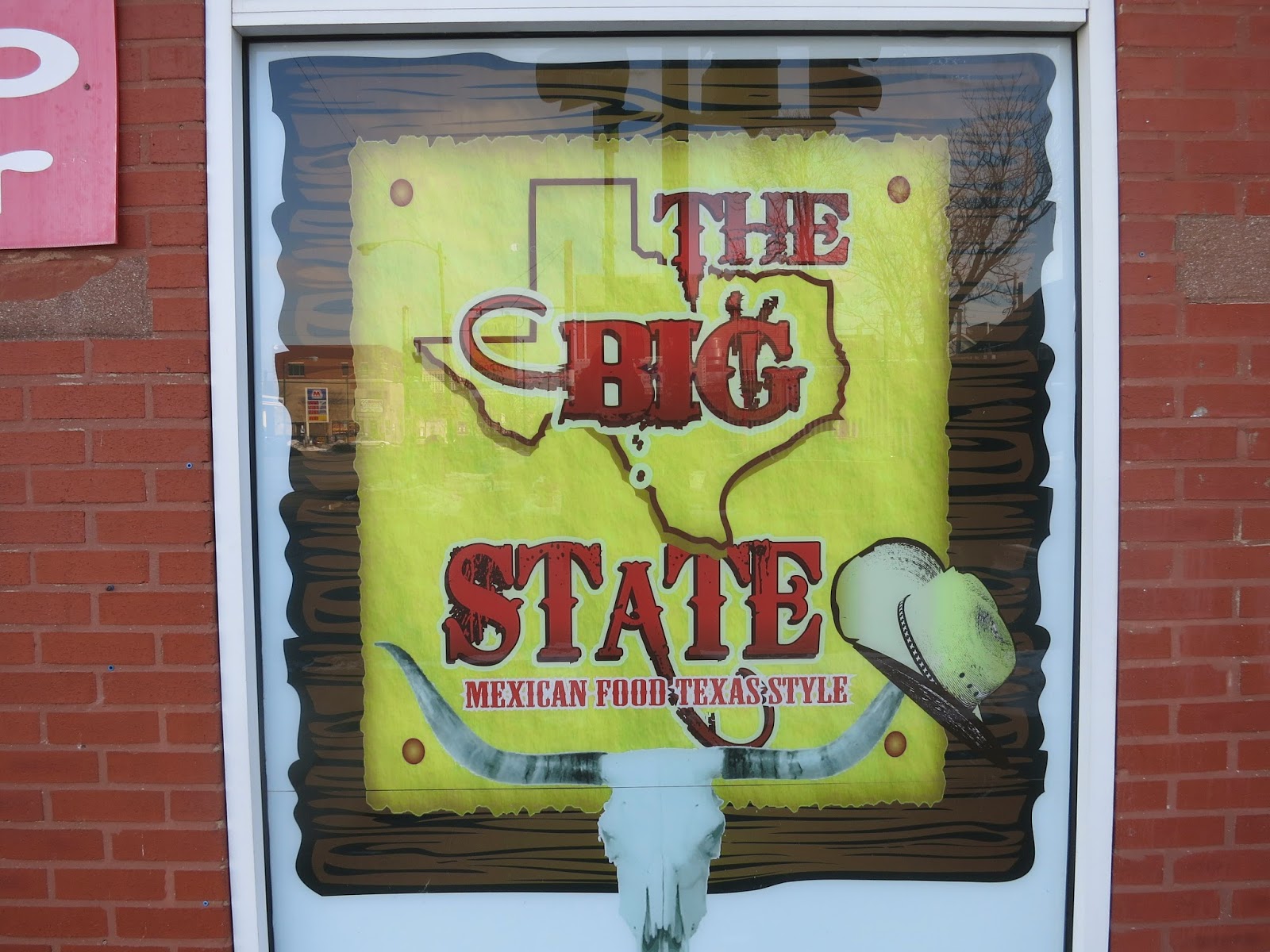 The Big State is family run and the young chef at the helm got his start cooking in Houston. If you look closely at the sign you'll see they offer "Mexican Food Texas Style" and while it may be a bit misleading there are a couple dishes that standout as popular Southwest Mexican selections. We might as well start with a bang since the frijoles charros have been one of my favorite things to eat since the new year began. I've been here more times than I can remember at this point and each visit in I've gotten an order or two of this fantastic rendition of a Northern Mexico favorite. Not seen on many Chicagoland Mexican menus this dish is made with stewed pinto beans that get simmered overnight in a broth that can include bacon, onion, chili peppers, tomatoes, cilantro and other ingredients and spices common in Mexican cooking. A soupy consistency at The Big State they include three handmade tortillas with each order. It's my preference to break them into small pieces and throw them into the soup. This stuff has been curing my winter blues since my first sip. 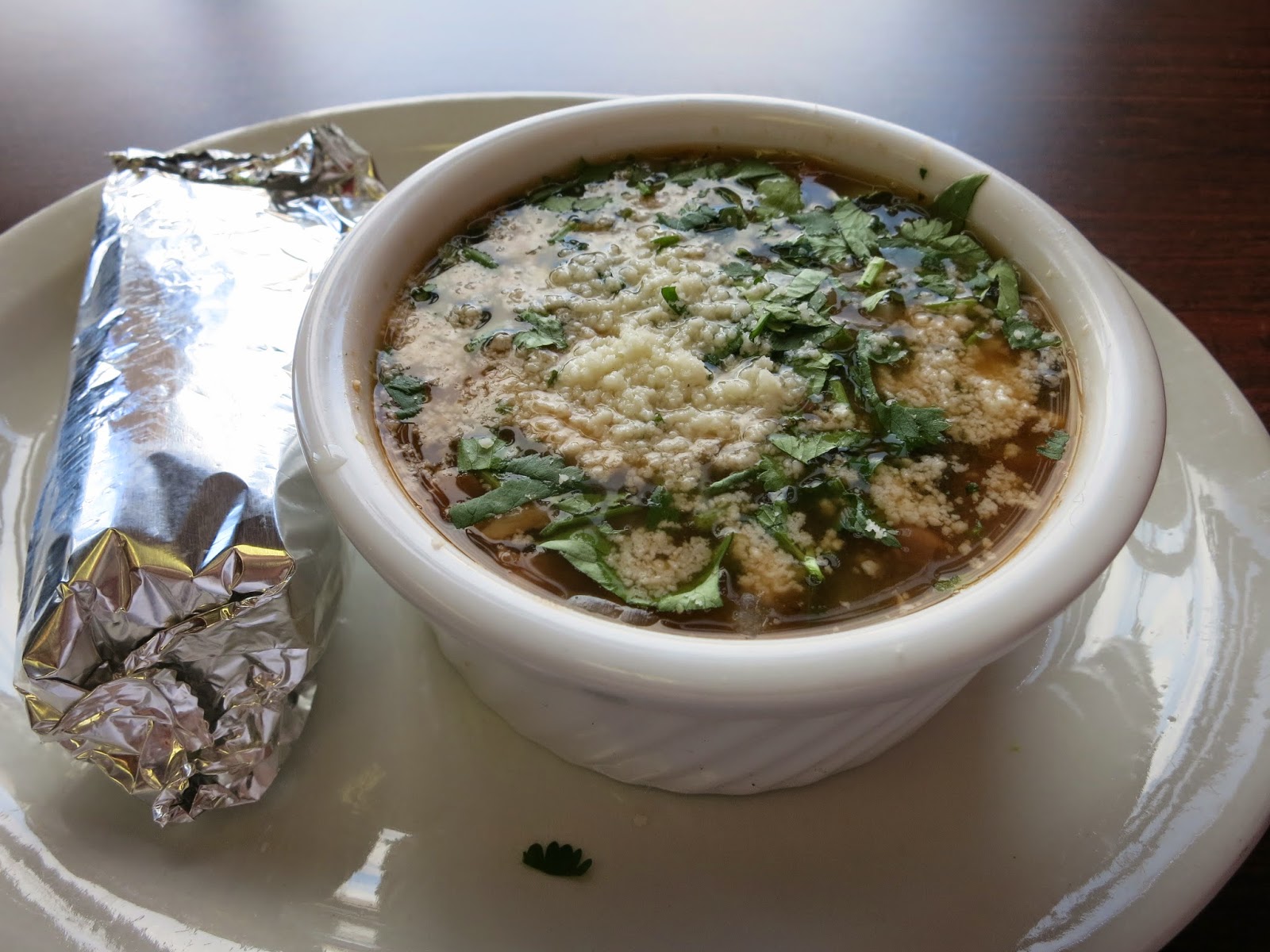 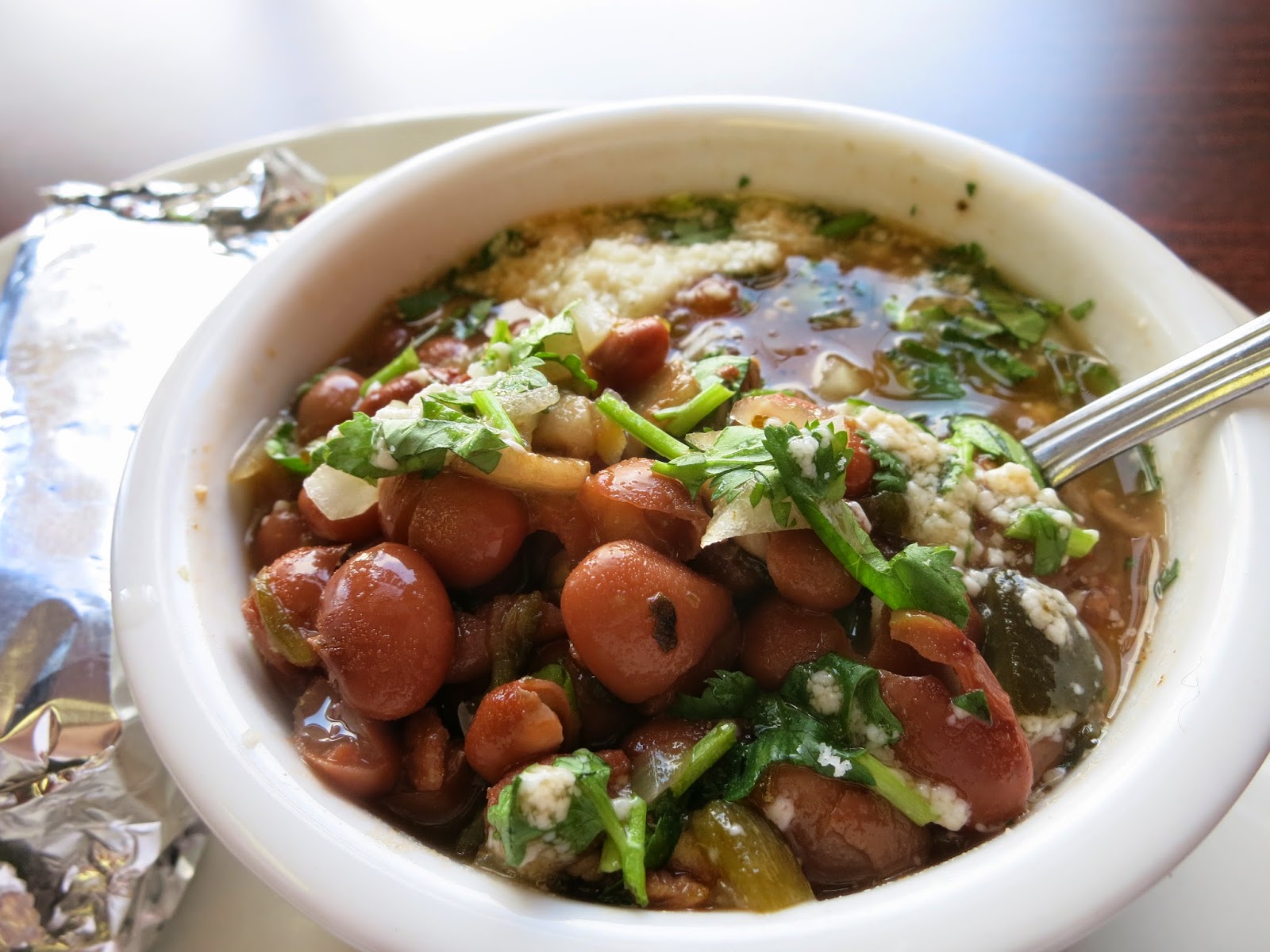 The other menu item popular in Southwest Mexican restaurants (and I'm sure some Texas ones too) is the Mexican Hot Dog. They list this behemoth as their specialty thus it warranted a try from me. First things first they blend a little bit of Chicago into the mix by using a Vienna Beef Polish Sausage, wrapped in bacon. It goes into a bolillo roll and is topped with onions, tomato, frijoles charros, mustard, mayo and their "unique hot salsa." It's a monster that cannot be eaten without looking like one yourself. You must go caveman on it as there's no way to eat the thing without getting some of the condiments on your face. It's pretty damn good in that 'I tried it' sort of way but the bun to meat ratio is a little bit off in my book. Though the day will come when I have the taste for another one. 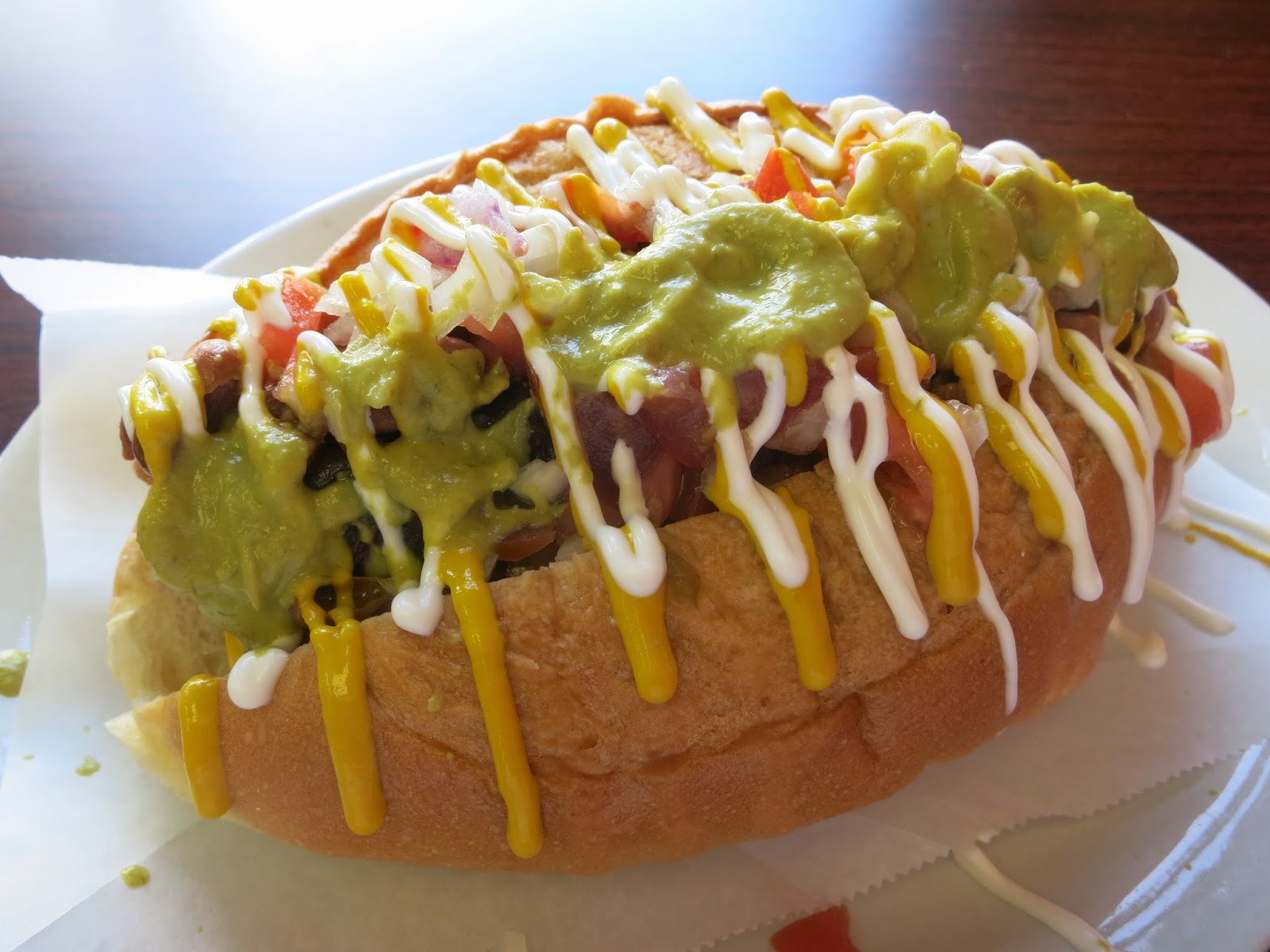 The other star of the show at The Big State has been the tacos thus far. The menu boasts some of the best selections for them in the city. They all come served on the aforementioned made on site tortillas which really help lift these into the upper echelon of taqueria tacos. Then theres the prices. Most are $2 while the fish taco is $2.50. The panza aka pork belly taco is pretty damn similar to another place with 'Big' in it's name, the biggest difference I could tell was in the price as it's half the cost over here. 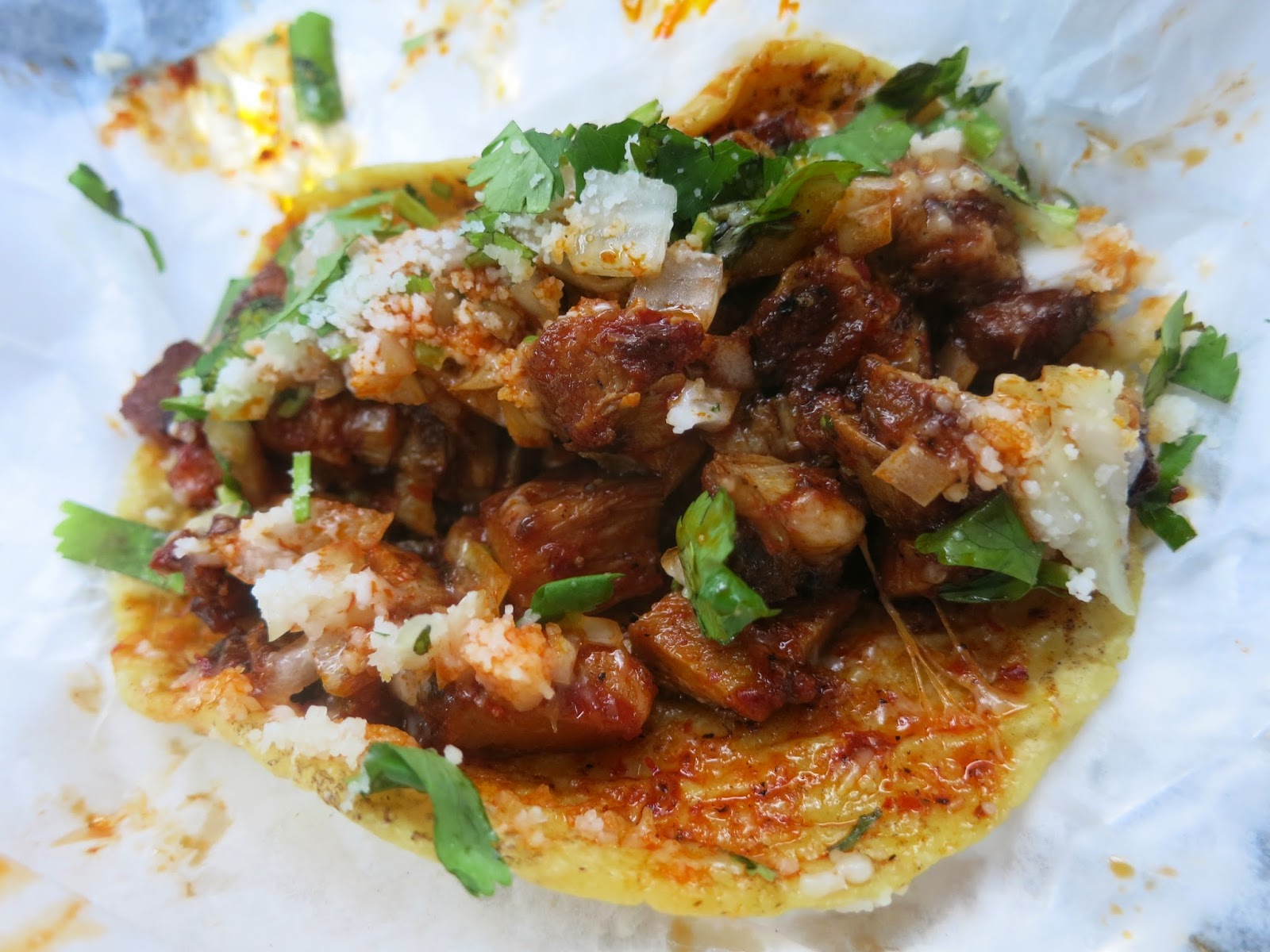 At this point I've pretty much gone thru the taco options and there really isn't a bad one in the bunch. I recently tried the al pastor and I'd say it's the best representation of it I've had that didn't come from a spit. The fish taco is also one of the better representations in the city. It's just boring old tilapia but they they fry it up with a light crispy crust and serve it alongside a spicy chipotle mayo and plenty of crunchy cabbage and limes. The rajas con crema is one of the better non-meat options and the steak is extra peppery with plenty of charred crust on each piece. Even the picadillo aka ground beef with chunks of potatoes mixed in is a terrific option for those that like the filling. 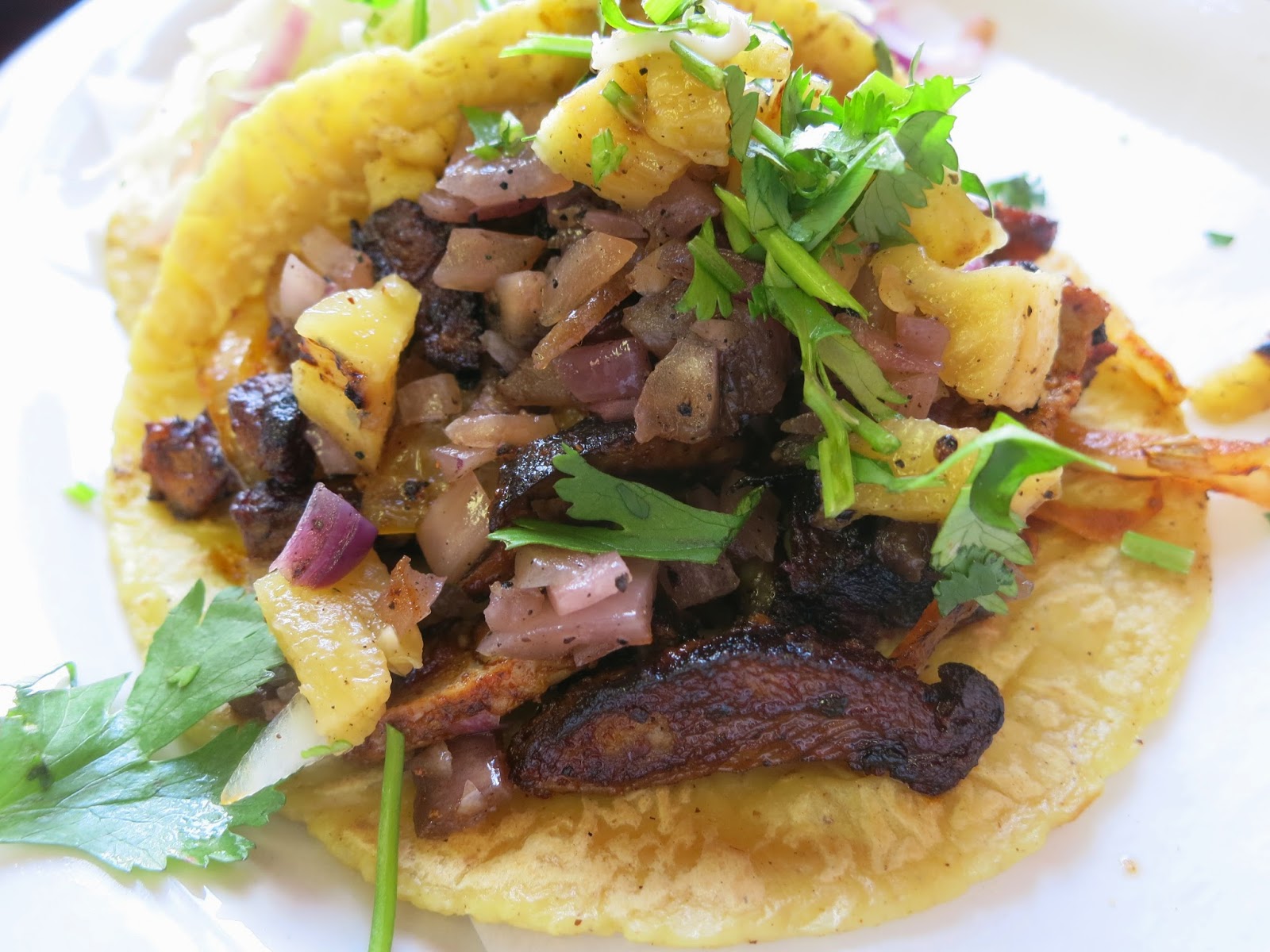 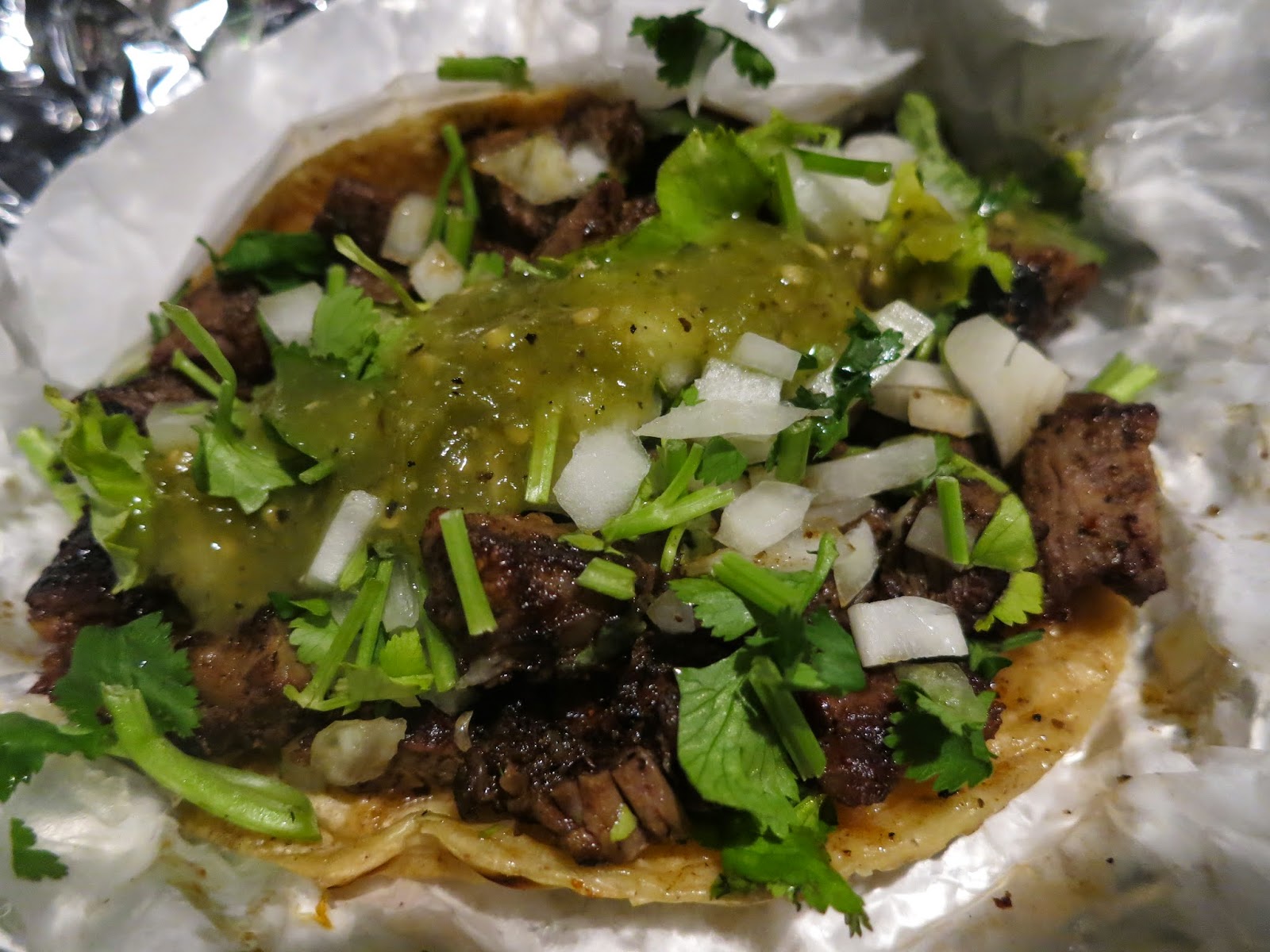 The Big State also does really good breakfast, unfortunately they don't do breakfast tacos but they do make a mean breakfast burrito. All the taco fillings are available as burritos and or tortas. Be prepared to wait a little longer than the norm for taqueria fare as the owner/chef is back there hard at work by himself. Still worth the wait each and every time. Heck I'll probably be back tomorrow. 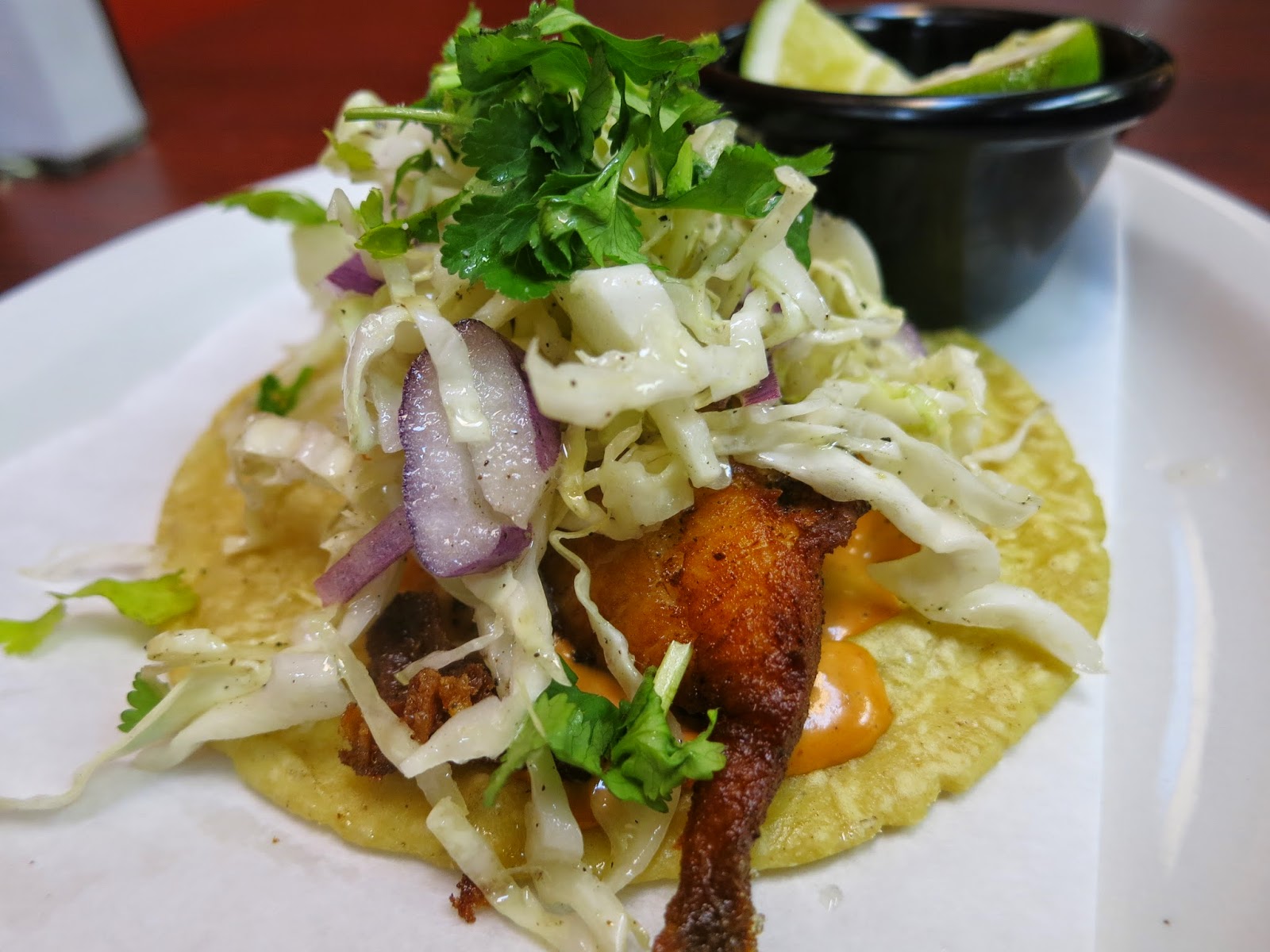