Eating like a local:
Regional food specialties
- A Return to the Big State's Capitol

With SXSW here I thought now would be a good time to share a roundup from my trip to Austin this past January. First things first I already covered the BBQ from this trip in this post. As you may or may not know Austin has the highest concentration of top notch BBQ in the country and I don't think that's even up for debate. Quite a transformation as pretty much all of the renowned spots are new within the last decade. That said there's lots of other interesting stuff to eat in the capitol of Texas and I was on it. You can check out part one of this series HERE. Hope you enjoy today's installment. 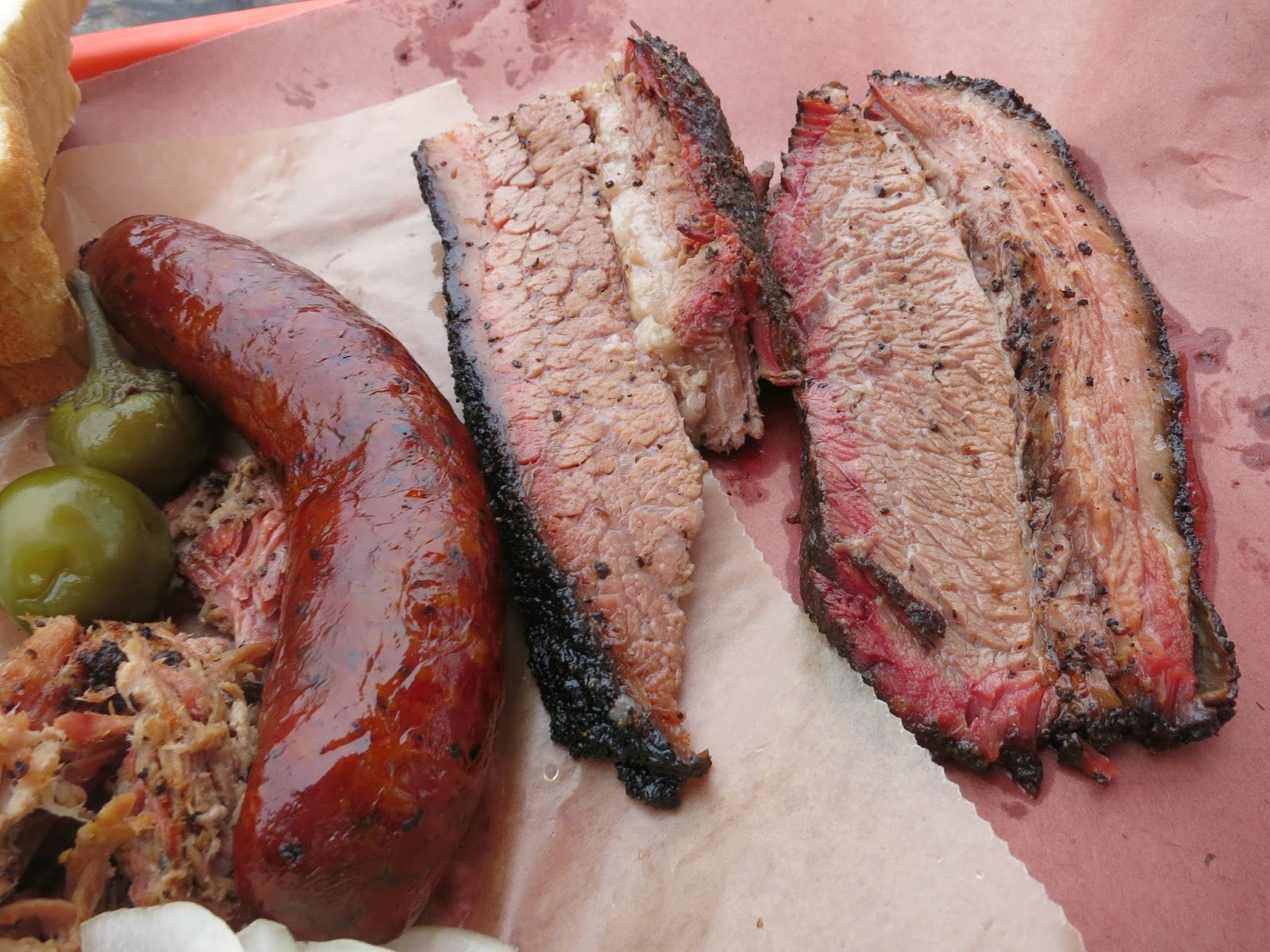 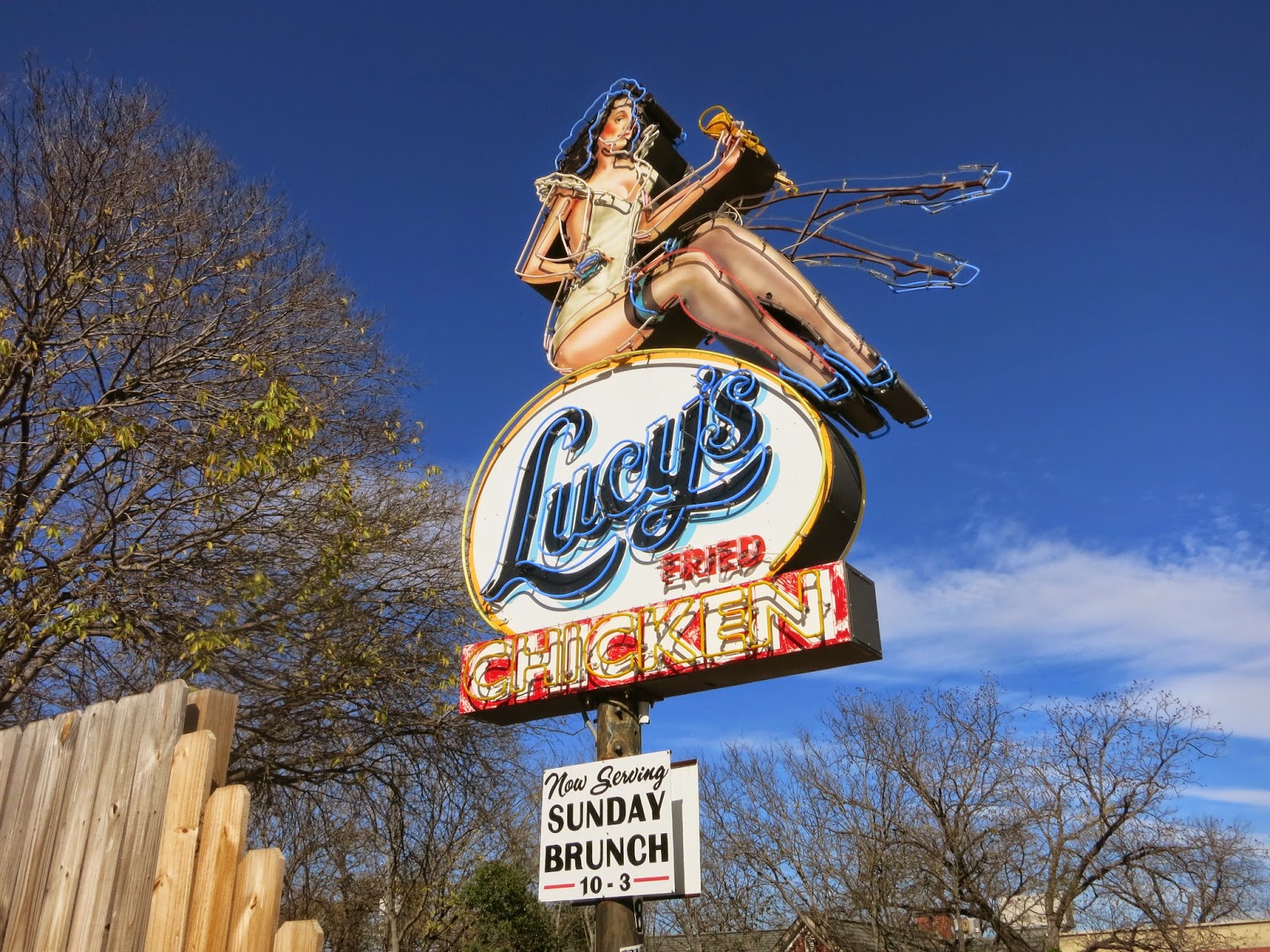 Where theres good BBQ there tends to be good fried chicken, not the other way around though. Lucy's is a hip spot in a residential neighborhood away from the usual areas us tourists make it into. I'd heard good things so we went for lunch on the patio which happened to be the only day of the trip where the sun shined. Thus I just had to have their signature drink the Juicy Lucy which is a frozen watermelon margarita. 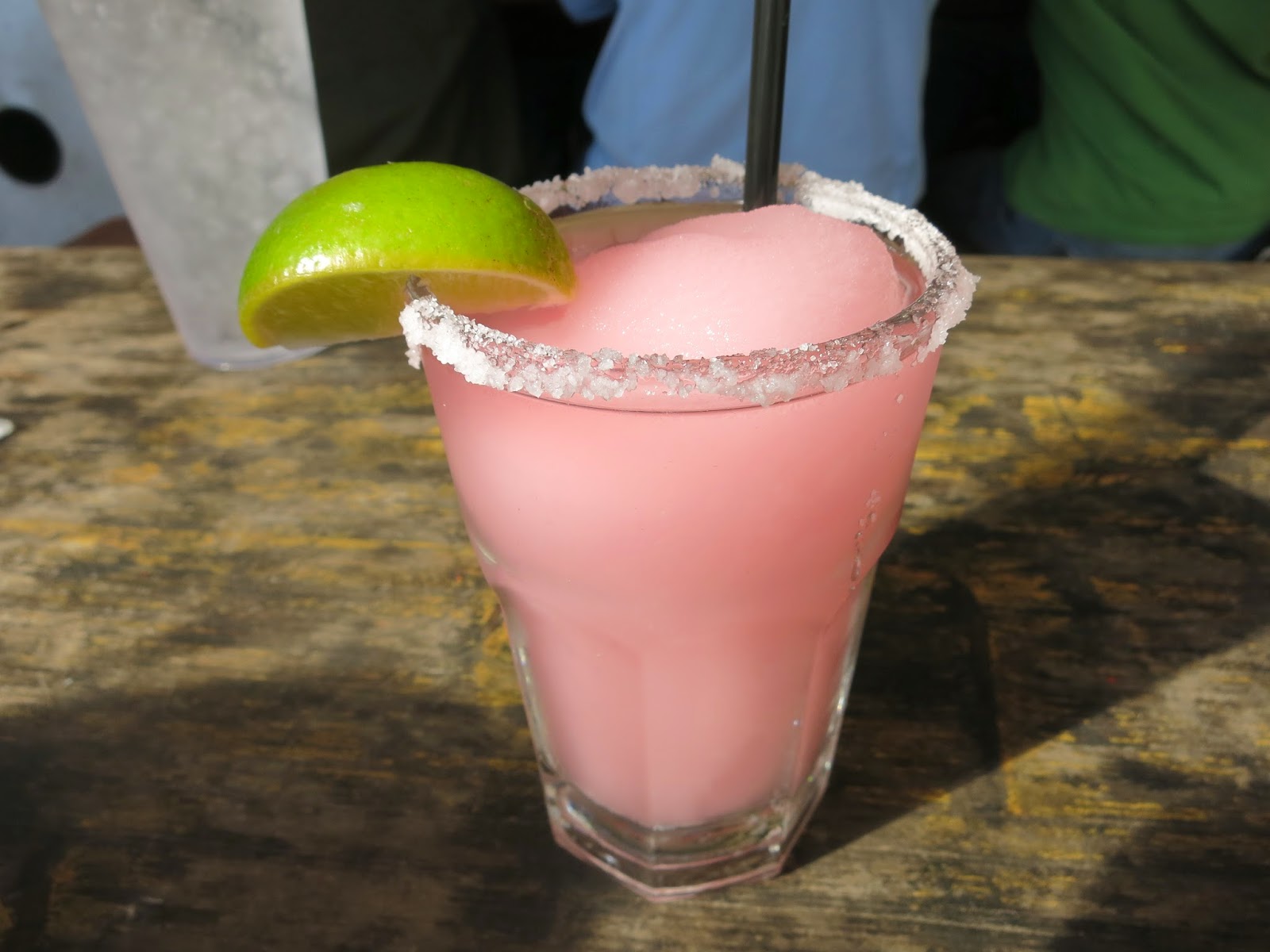 I know what some are thinking but I must say that they take the frozen margarita serious in the state where it was born. I've had quite a few good ones while there and one thing none of them lacked has been booze. These get you going and the Juicy Lucy had me feeling like I was in the sky. For food we had a basket of fried buttermilk brined livers to start and they were terrific. Almost ordered another round but then the chicken basket came out. 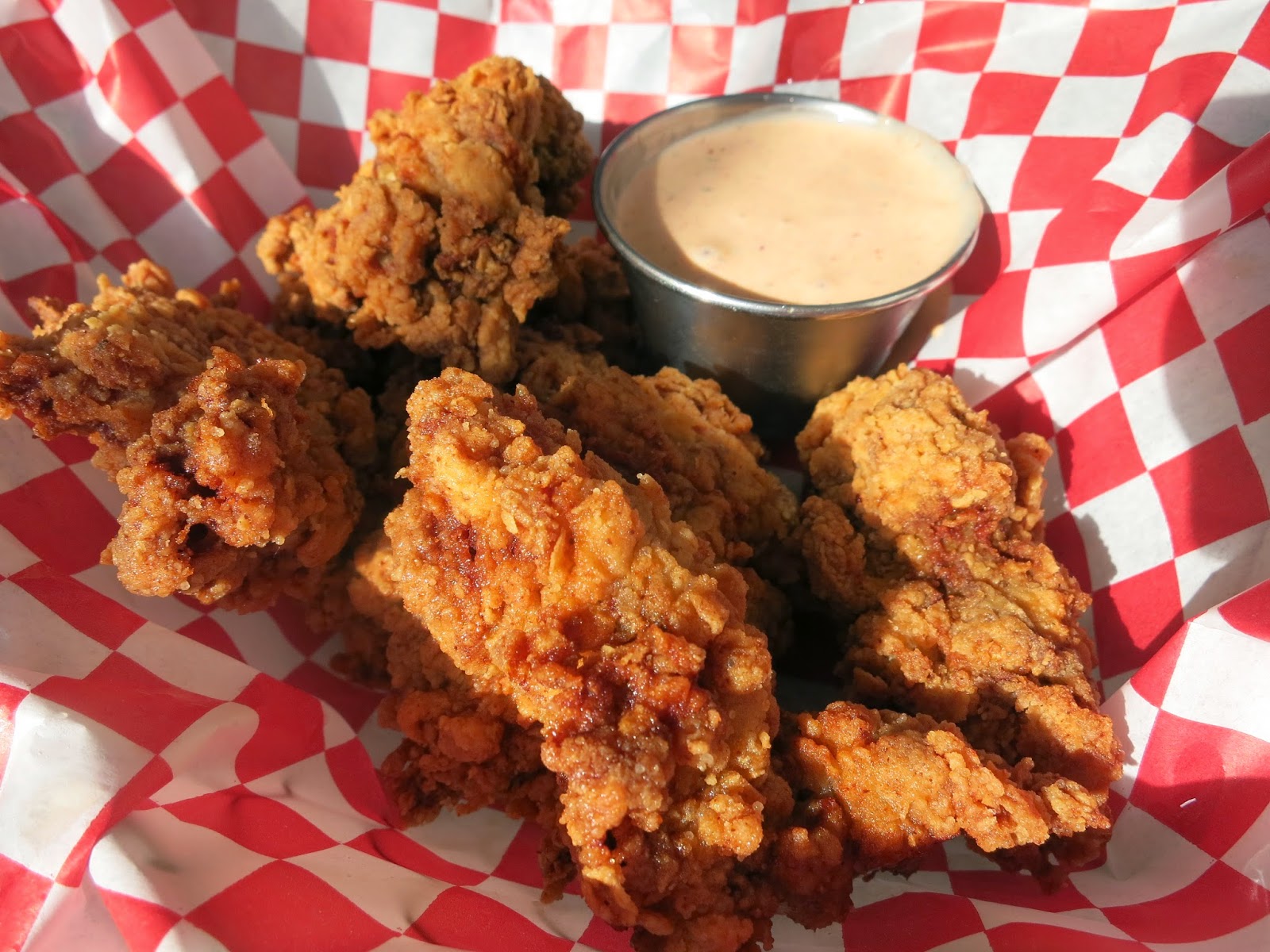 The fried chicken was a a tasty rendition. I would say the best characteristic of it was the quality of the bird. The coating was a medium layer that stuck right to the meat and remained relatively crunchy throughout the meal. It was a tad past perfect as far as juiciness. I'd give the fried chicken a B+ and then overall I'd give the lunch experience an A. It was a good meal and we needed that sun. 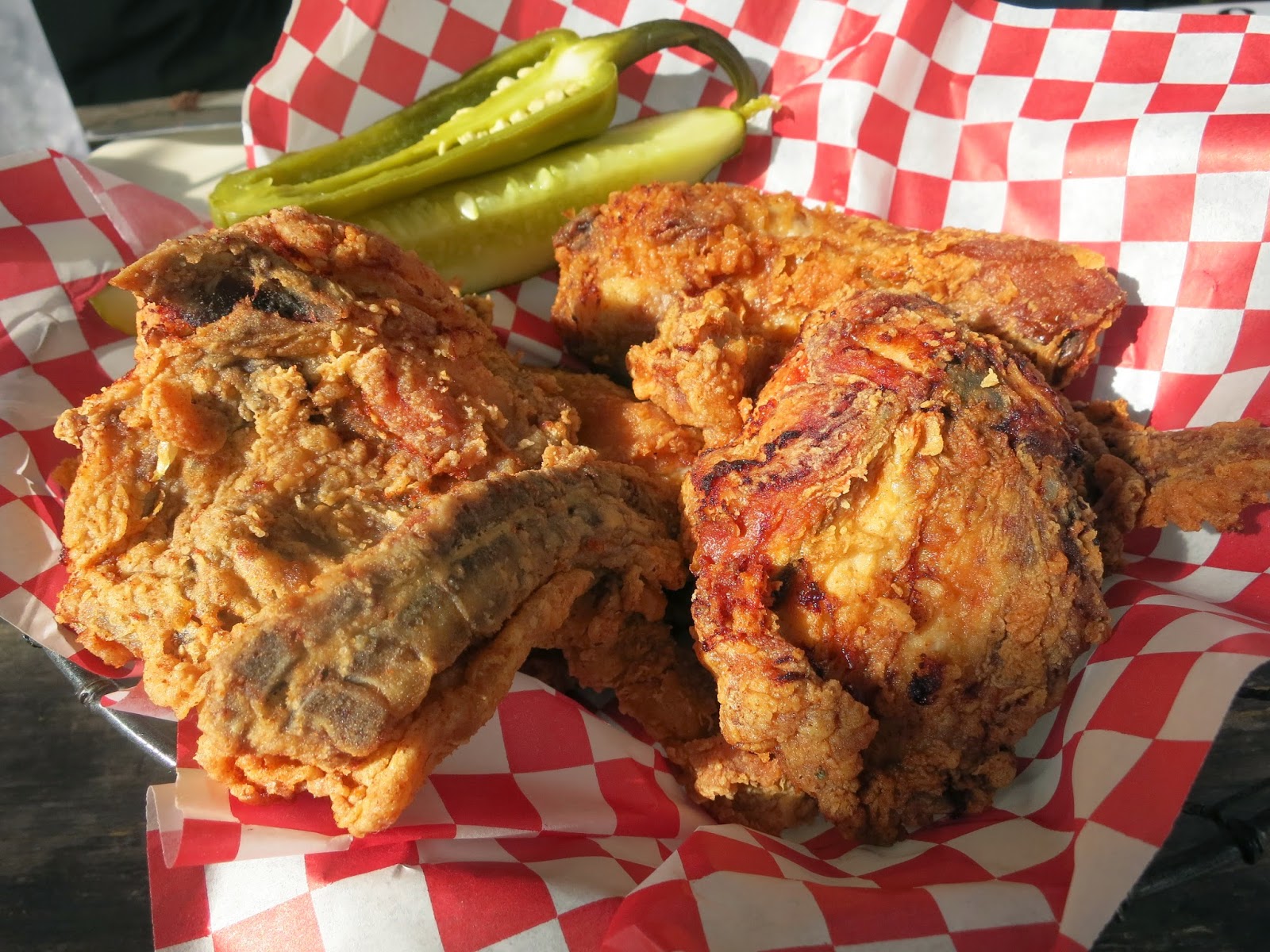 Austin is indeed a great taco town, breakfast tacos reign supreme with the people but there's plenty of other options to try. I'm just going to share a quick note for each of these spots going down one by one. The breakfast tacos at El Chilito are pretty damn money and easily the quantity of two tacos from most anywhere else. Joe's Bakery is a city icon and was packed with people on a Sunday morning. There was some really good to it's product (the housemade flour tortilla) and there was some pretty bad (pre-cooked eggs) to it. Overall Joe's is still worth checking out if you've never been. FATs (fried avocado tacos) are a lesser known regional taco of the area and Papalote Taco House had a tasty one but not as good as the FAT in Part One of this series. 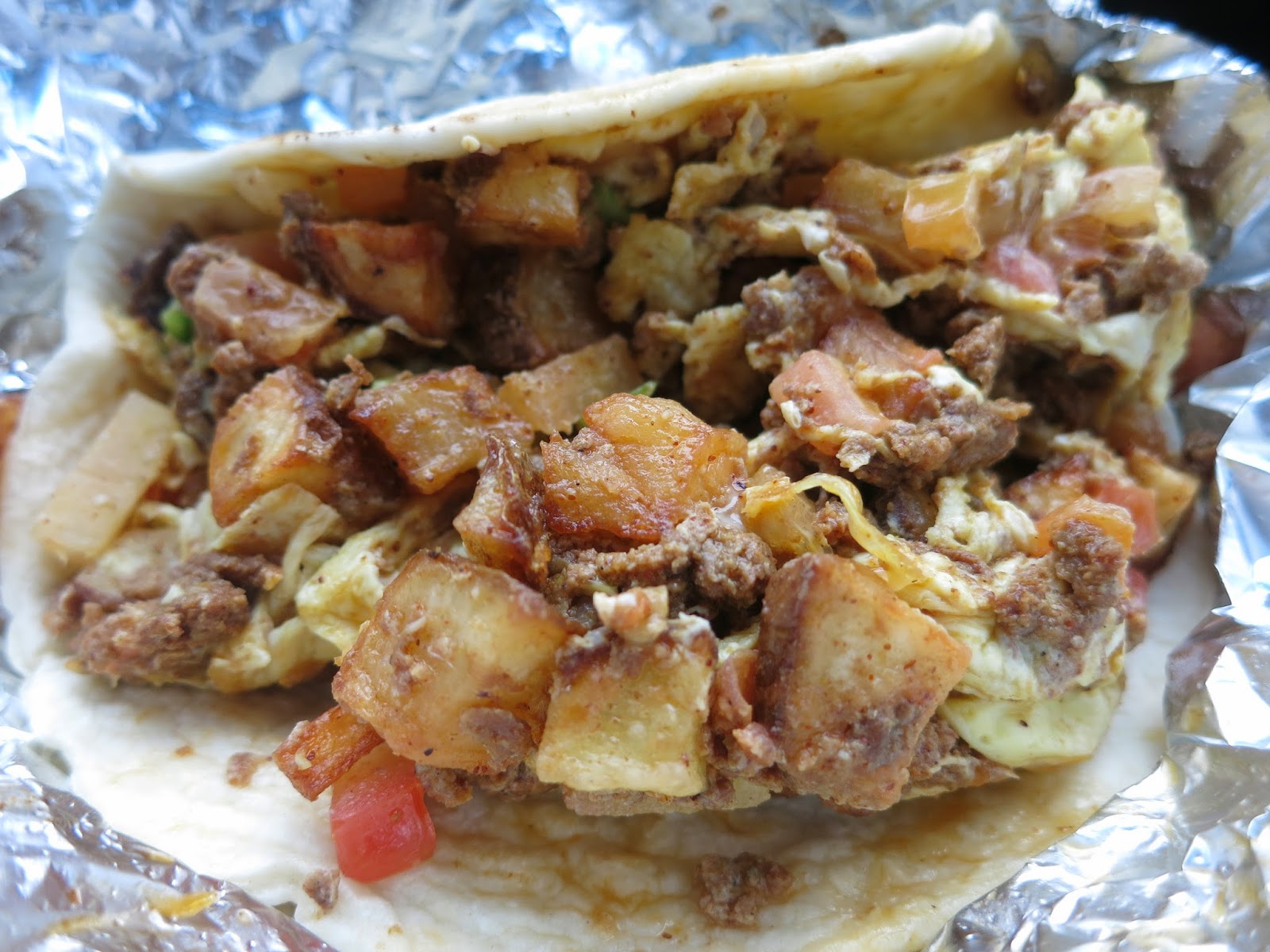 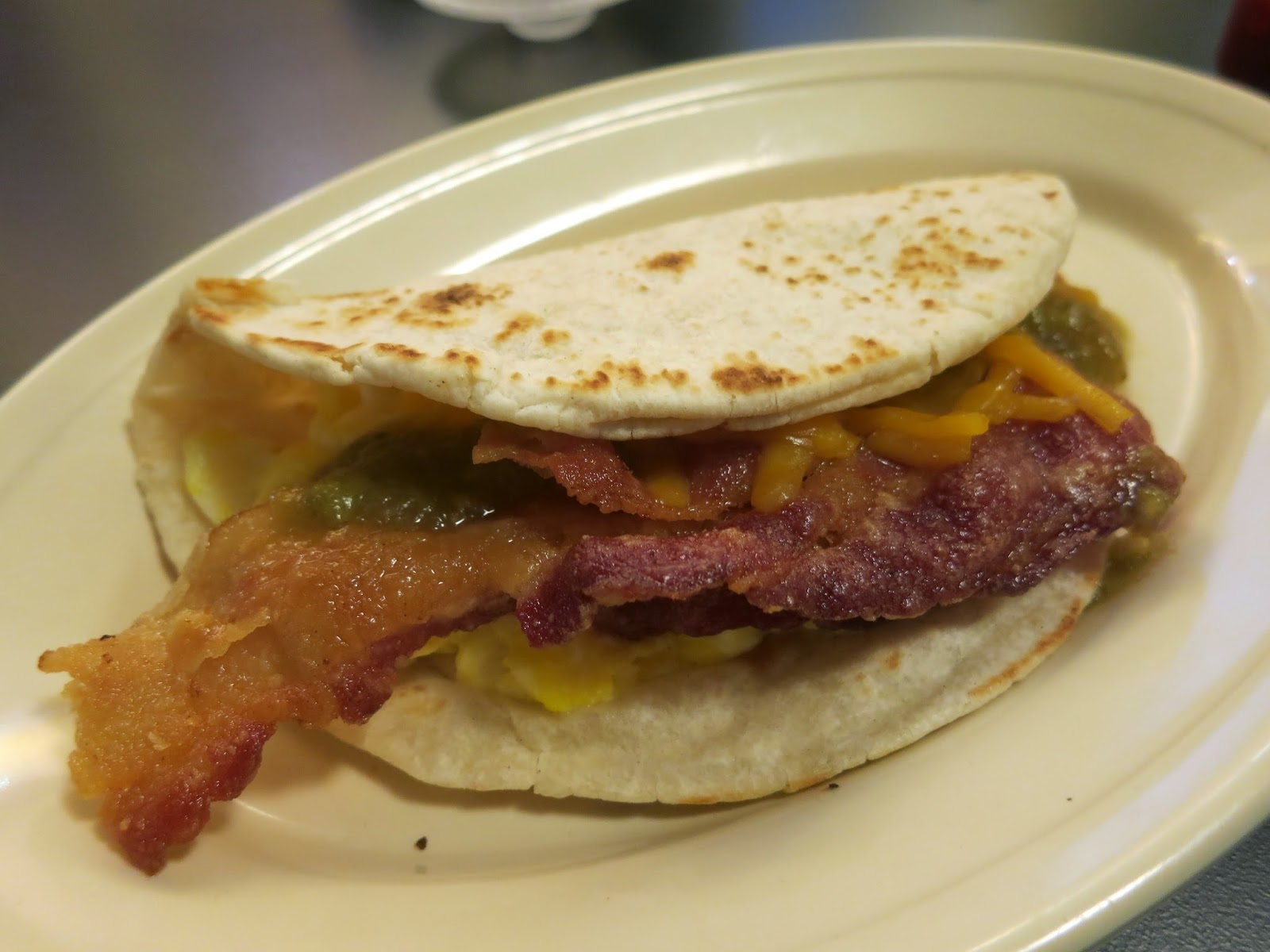 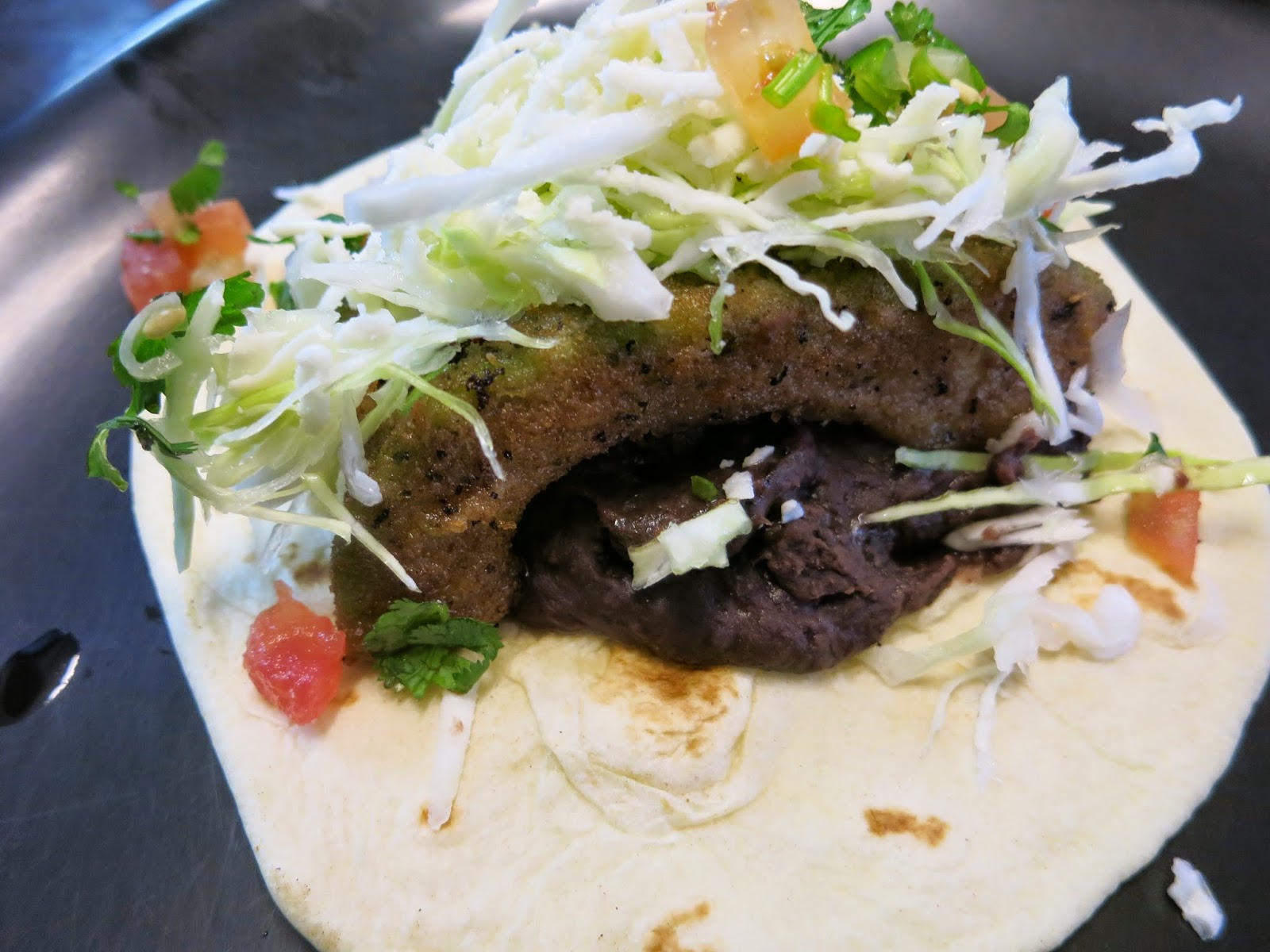 Taco Flats is a semi-new modern day taco shop ala Big Star. I'd been told to try their taco al pastor and did. Not as good as I'd hoped it was going to be. This may be attributed to the fact we got there when brunch was still being served and waited until lunch started and ordered them, resulting in meat not cut from the spit I was told they use. However their frozen house margarita was one of the spiciest, tipsiest, most delightful of it's kind. I'm still getting craves for the brisket taco at Valentina's Tex-Mex BBQ doc'd HERE. Last but not least I did a search hoping to find a place in ATX that serves real deal San Antonio style puffy tacos and found a spot outside city limits that specializes in them. I stopped into Tio Dan's in Round Rock on the rebound back to Dallas and tried a ground beef and chicken one of each. So good in that guilty pleasure sort of way. It's probably a good thing for me that these aren't found in Chicago. 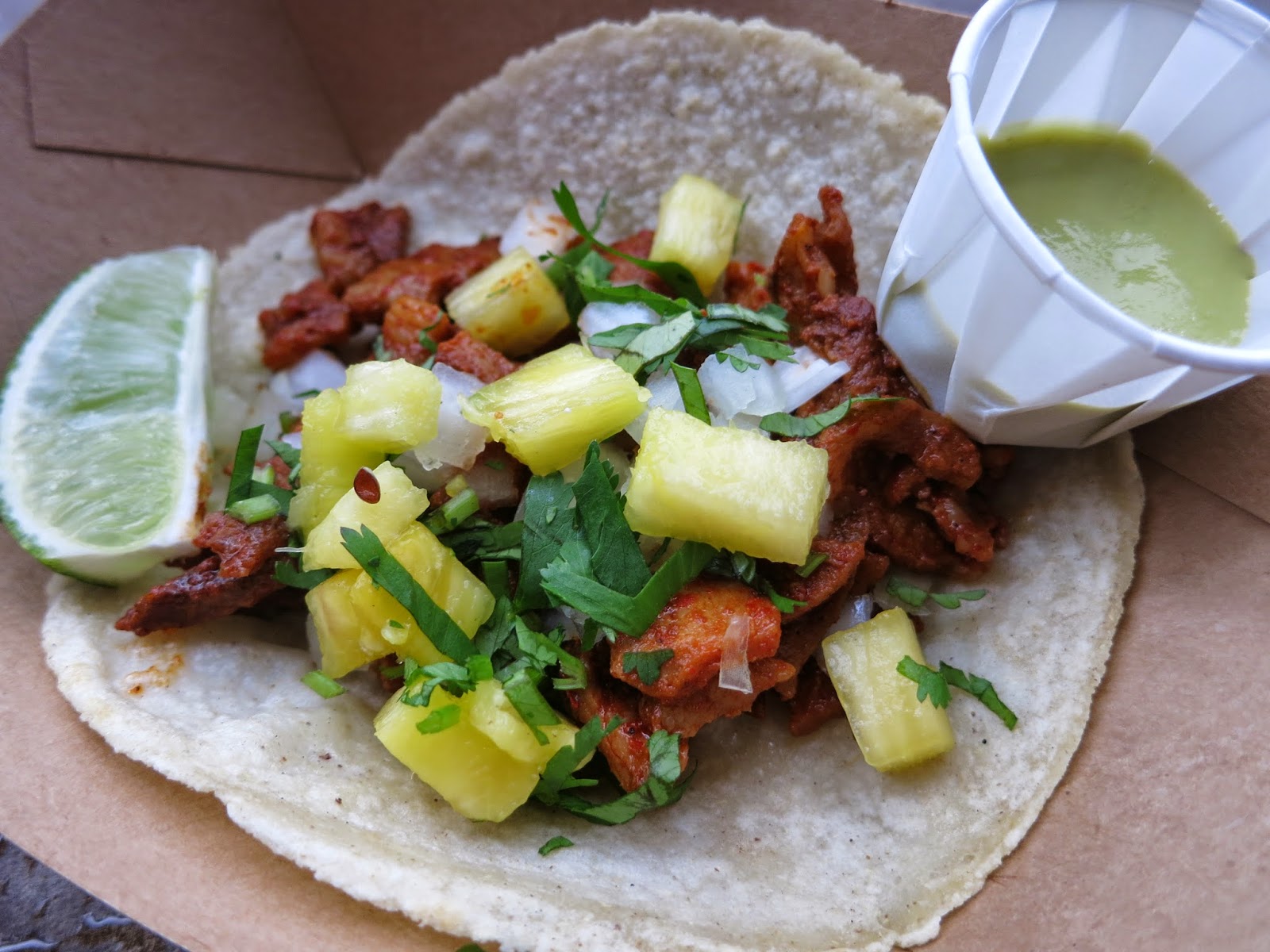 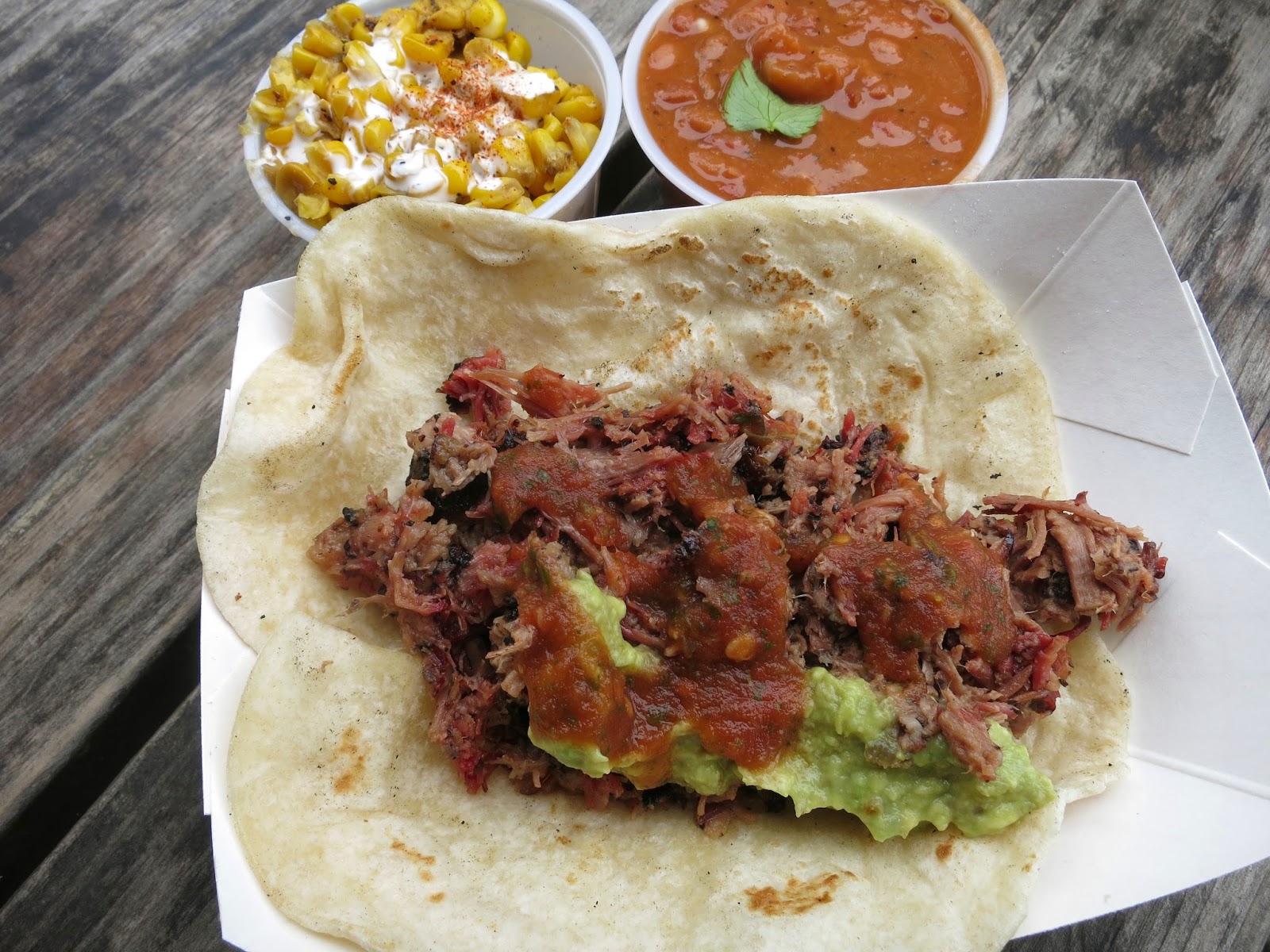 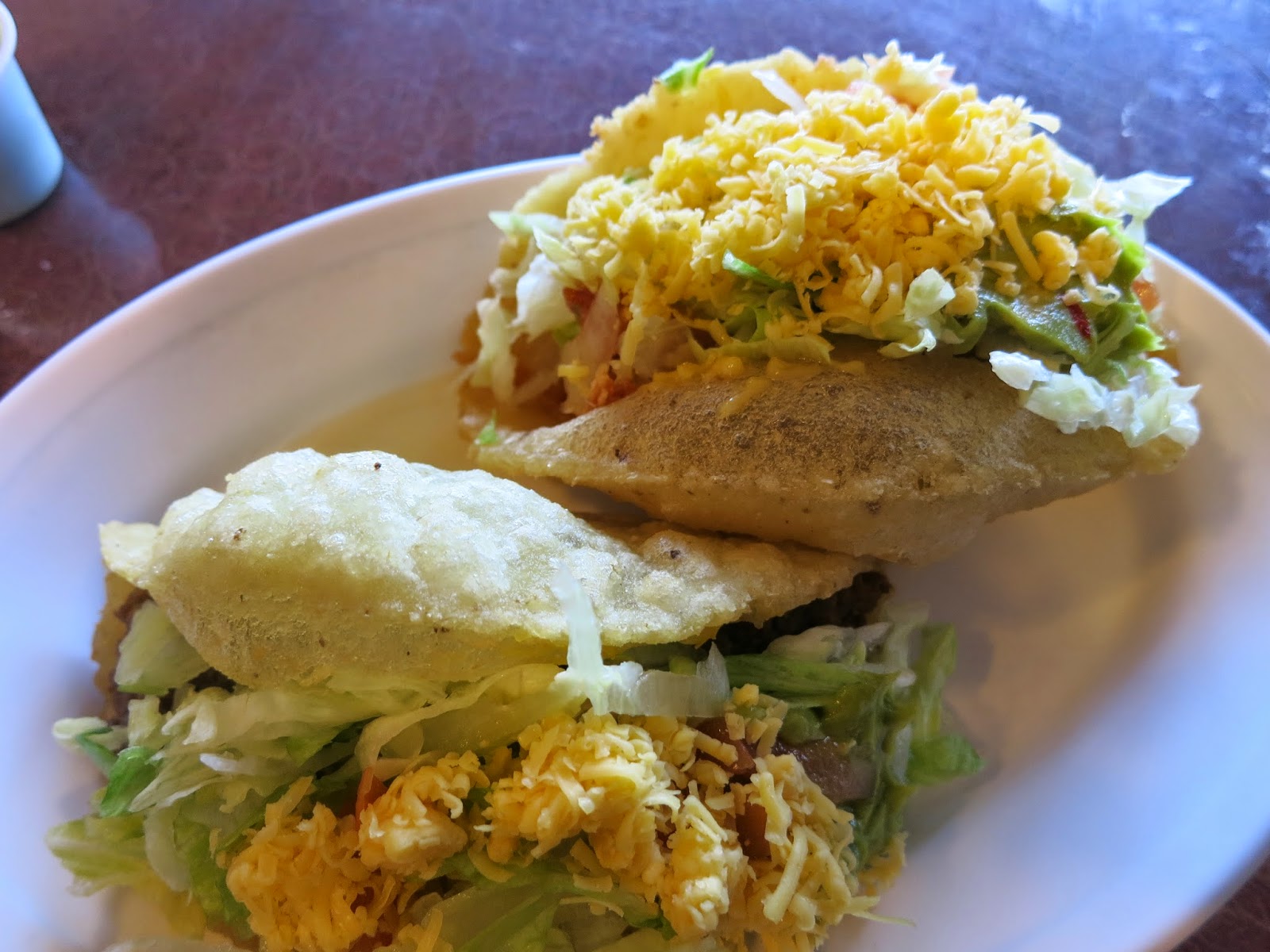 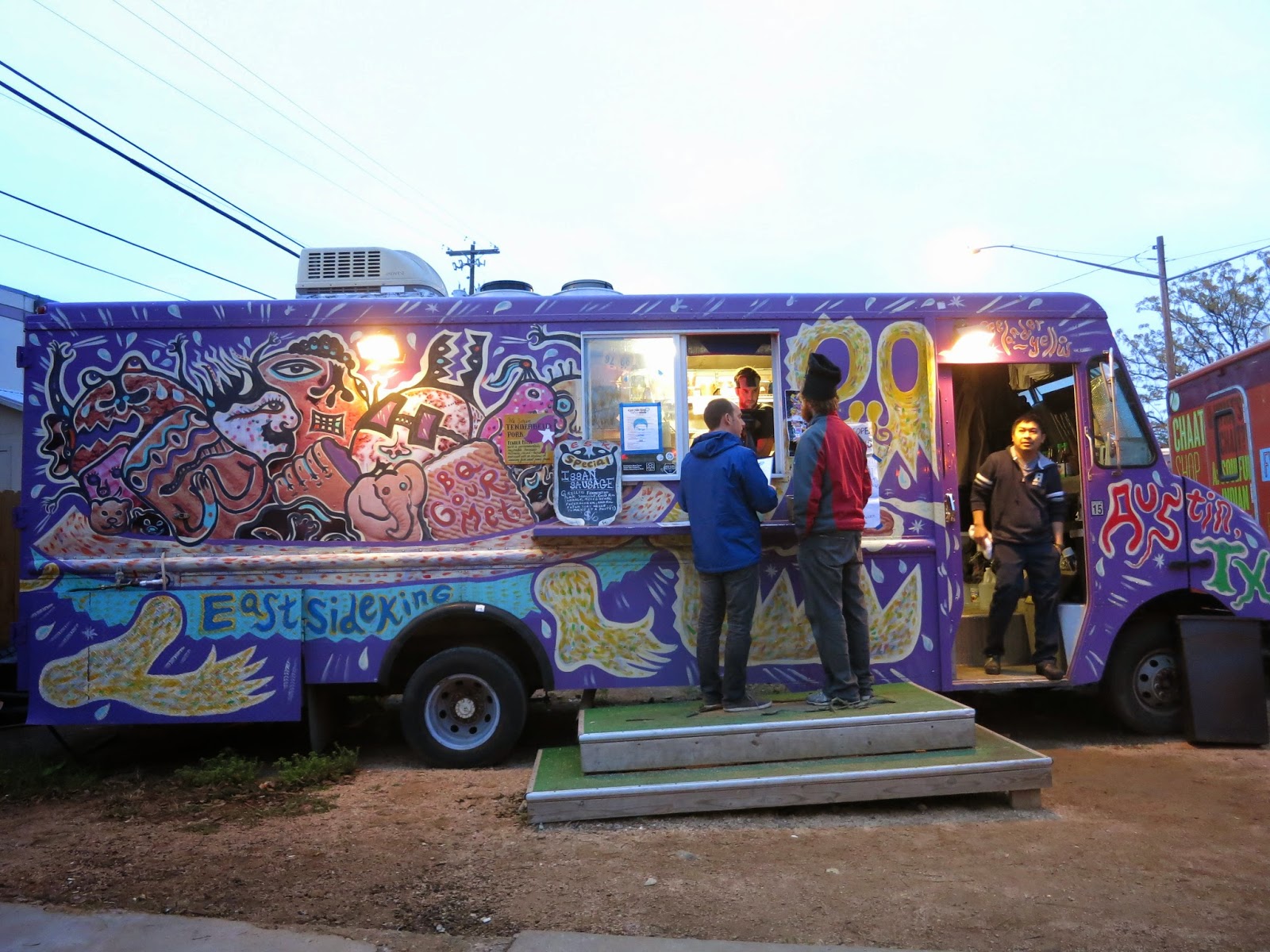 I'm not big on lists, even if I make them, but I don't hate them. I just take them for what they're worth. Some are better than others though I still think you have to look at them from an objective standpoint. When it says the "best" just look at it as someone or a group of peoples "favorites" and decide if you trust that/their opinion. Enter Bon Appétit. As I'm sure they always do they listed their year end favorites in the December of 2014 issue and I perused through it while at my parents place. Enter Thai Kun which was listed as one of the ten best new restaurant openings of the year in the article, even if it's a truck. Thai Kun is owned by local celeb chef Paul Qui who brought in a chef from Thailand named Thai (no joke) to run the truck that stays put at a cocktail bar on East 6th street. 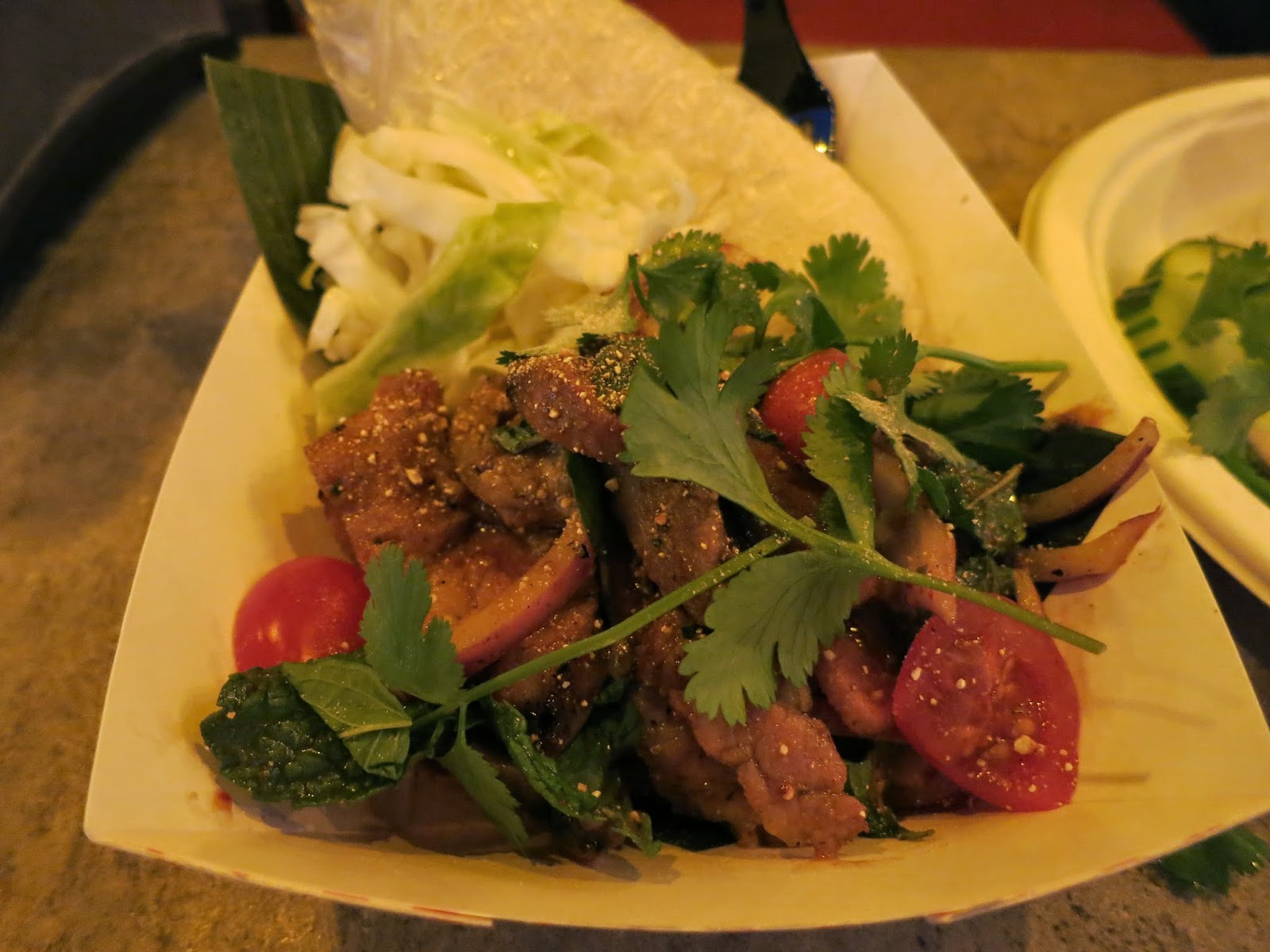 The menu is small so it really wasn't all that hard to decide on what we were eating. Described as"OG Thai" we went with just two dishes since we were coming from a BBQ tasting. First up seen above is the waterfall pork aka Namtok, a favorite of the people of Laos. Grilled pieces of pork are loaded with tons of Thai flavor like fish sauce, lime and lots of chile peppers making this one of the hotter dishes I've ate in a minute. It was right at the peak as far as heat level being just tolerable enough to be enjoyed without breathing hot fire for the rest of the day. The sack of sticky rice sitting behind it helps cool down the flames. As did the peach and bourbon draft cocktail that I was downing. We also tried the Khoa Man Gai which can best be described as the Thai Version of Hainanese Chicken and Rice. Being one of the national dishes of Thailand this version is spicier and the recipe served at Thai Kun included one of the richest bowls of chicken broth you will ever come across. I could barely finish the thing but the glutton in me wouldn't let it escape. Easy gangster. 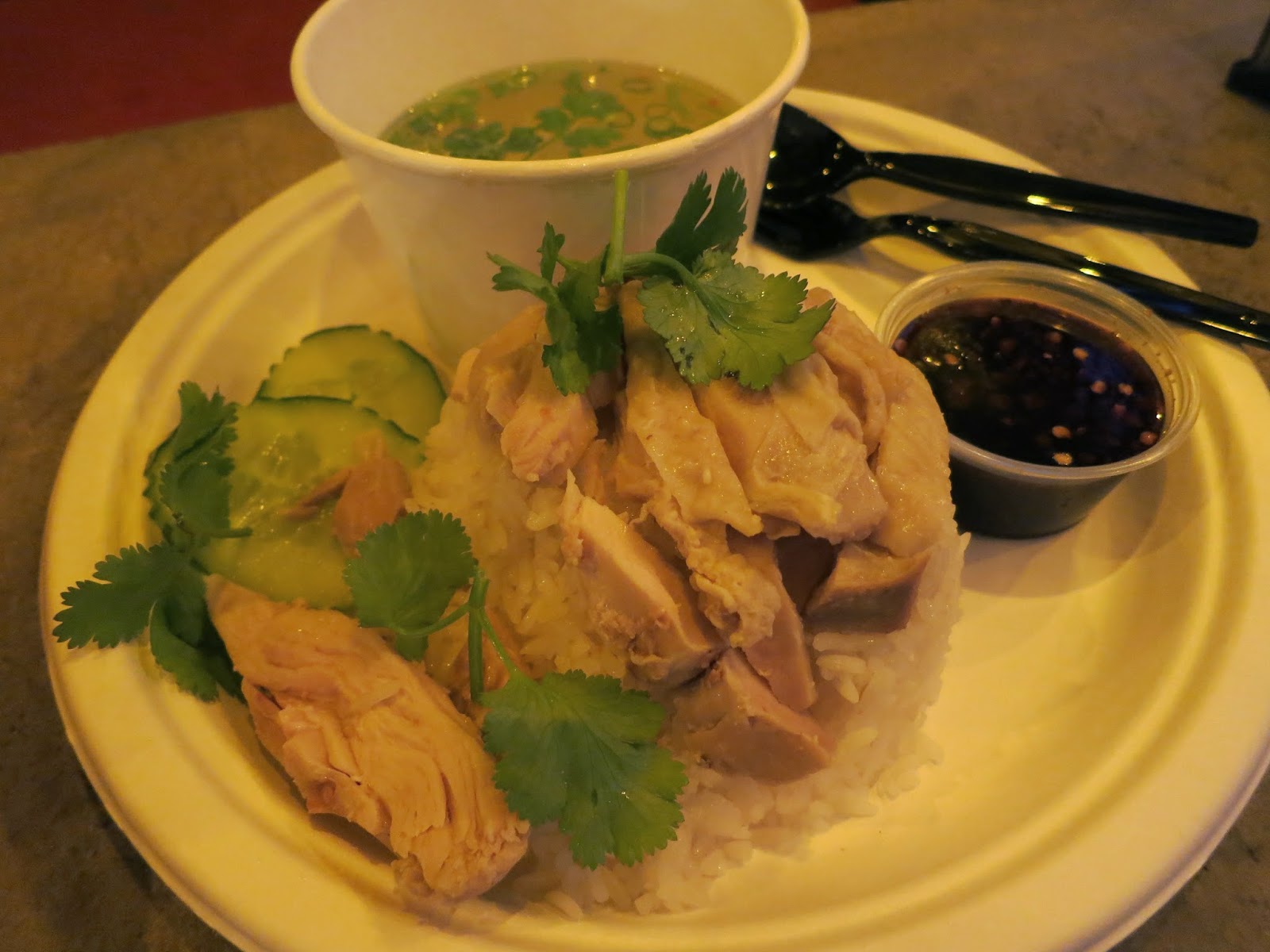 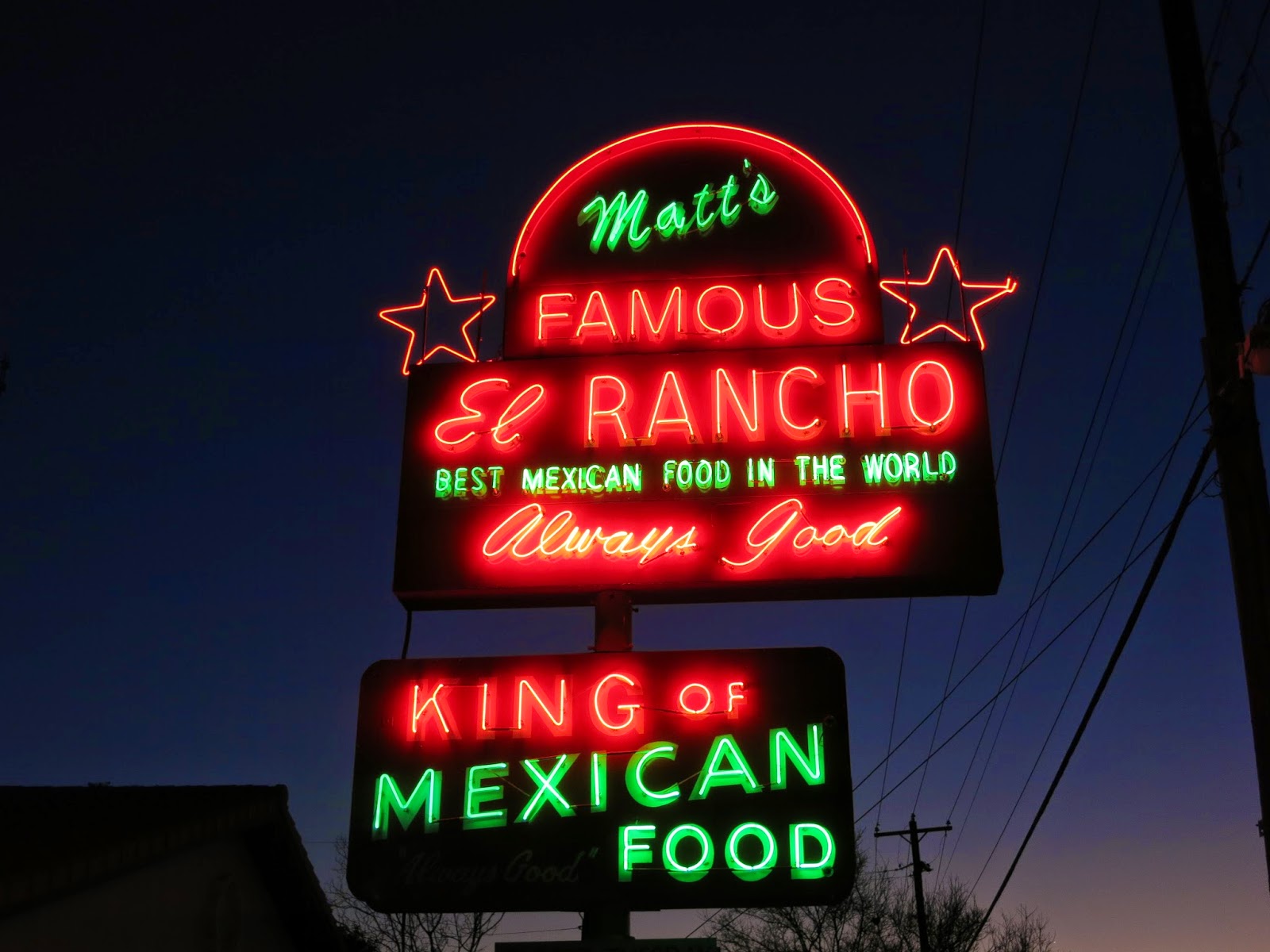 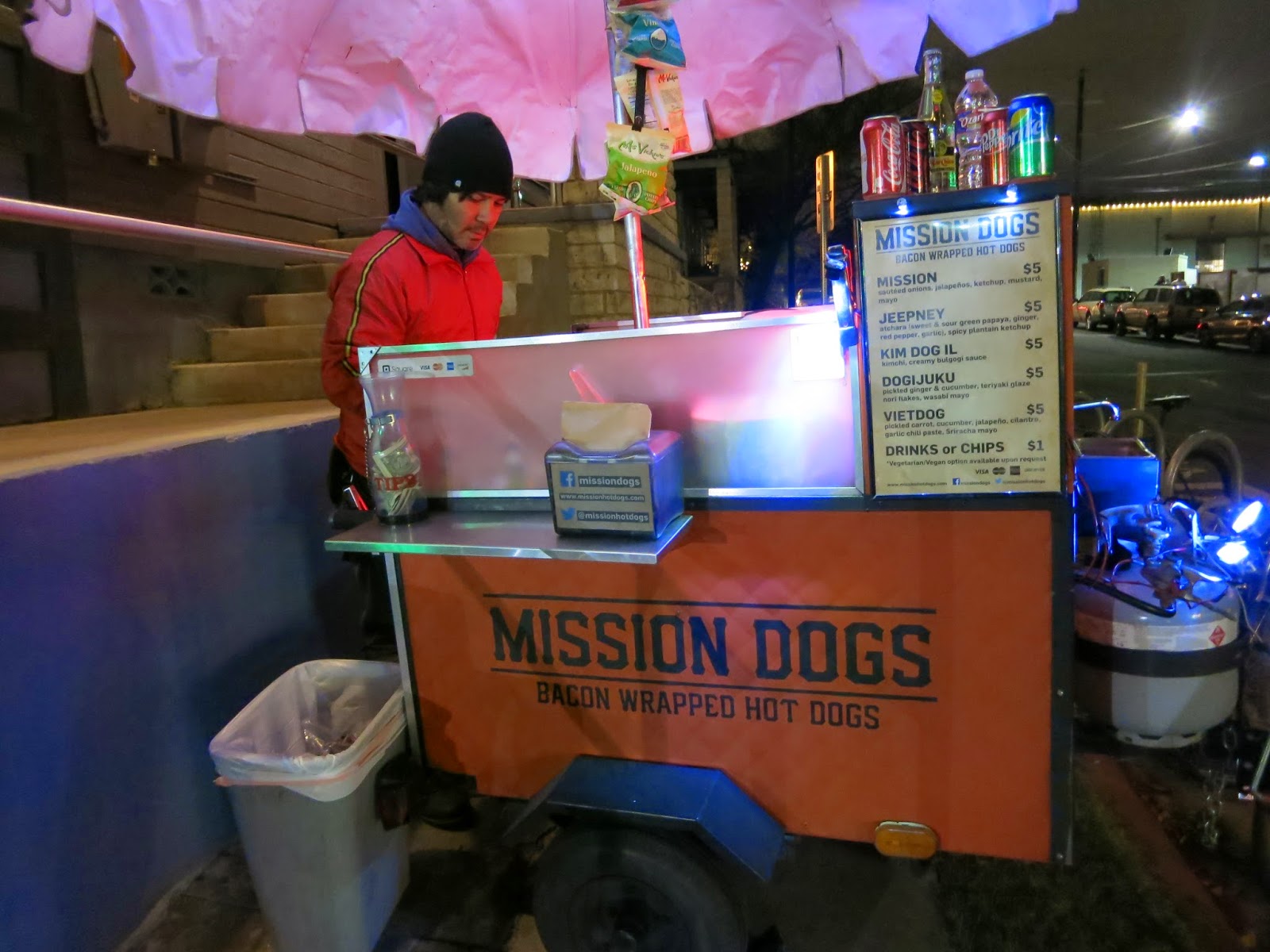 I spied this guy on East 6th street while headed back to my hotel one evening and couldn't resist the smells of bacon and onions in the air. I went with their namesake option which includes grilled onions, jalapenos, ketchup, mayo, and mustard. This is what drinking food is all about. Bacon wrapped hot dogs from a cart at one in the morning on a Saturday night, what's not to like? Stay interesting Austin. 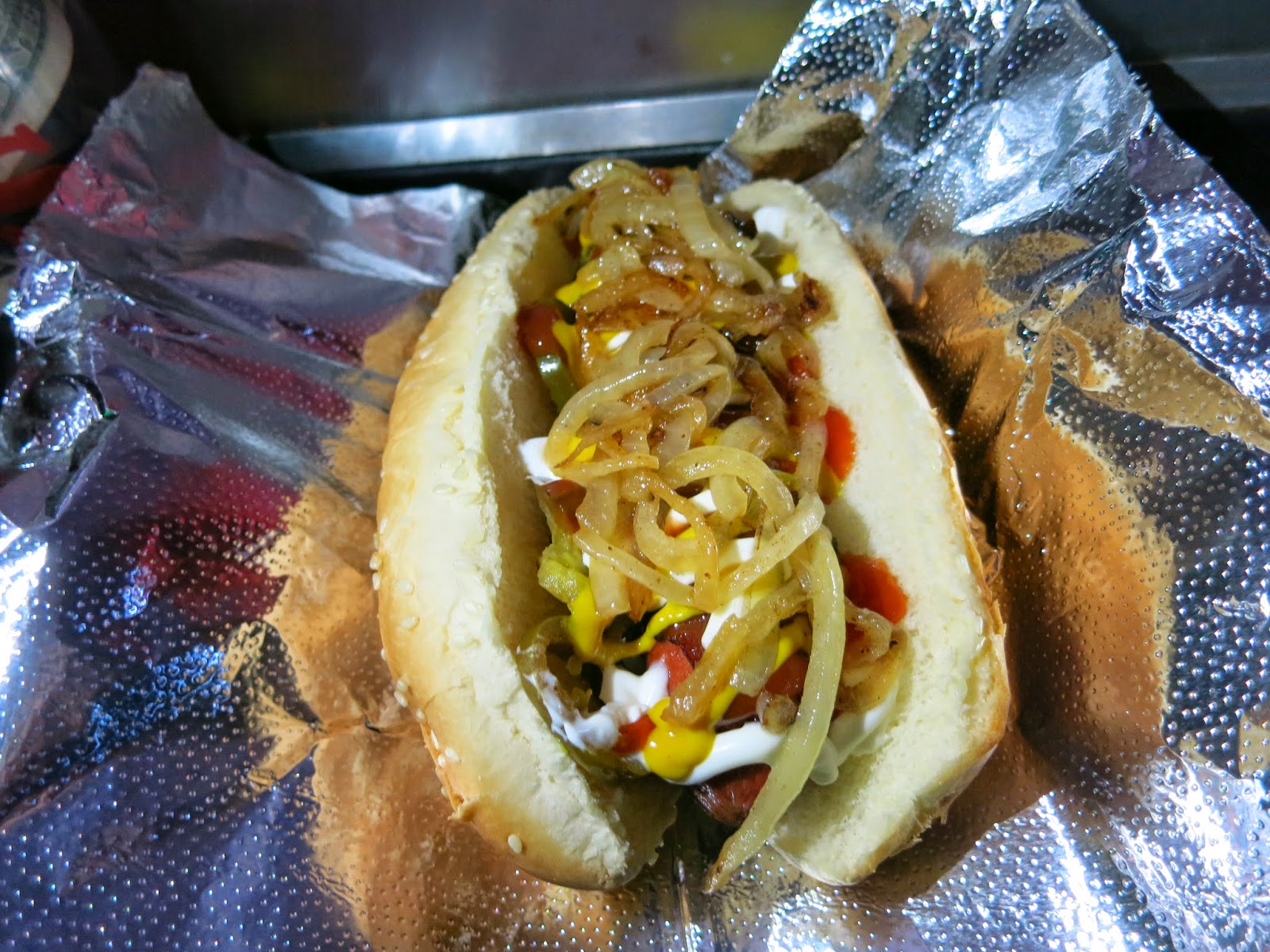 Get professional trading signals delivered to your cell phone daily.

Start following our signals NOW & gain up to 270% daily.