Eating like a local:
Regional food specialties
-Tacos and Fresh Seafood in the Yucatan Peninsula

If you follow any of my social media accounts you may recall I was in Mexico last month. The Riviera Maya to be exact. The wedding celebration of one of my longtime friends was the reason for my visit and as many weddings in Mexico go, an all inclusive package was part of it. We stayed in the beautiful Barcelo Maya Deluxe located about an hour from the Cancun airport in a small coastal town called Puerto Aventuras. It was an amazing resort and that helped make my first all inclusive vacation better than I ever thought one would be. Being with both old and new friends along with unlimited Don Julio certainly helped set the vibe as well. But as to be expected the food was just ok. 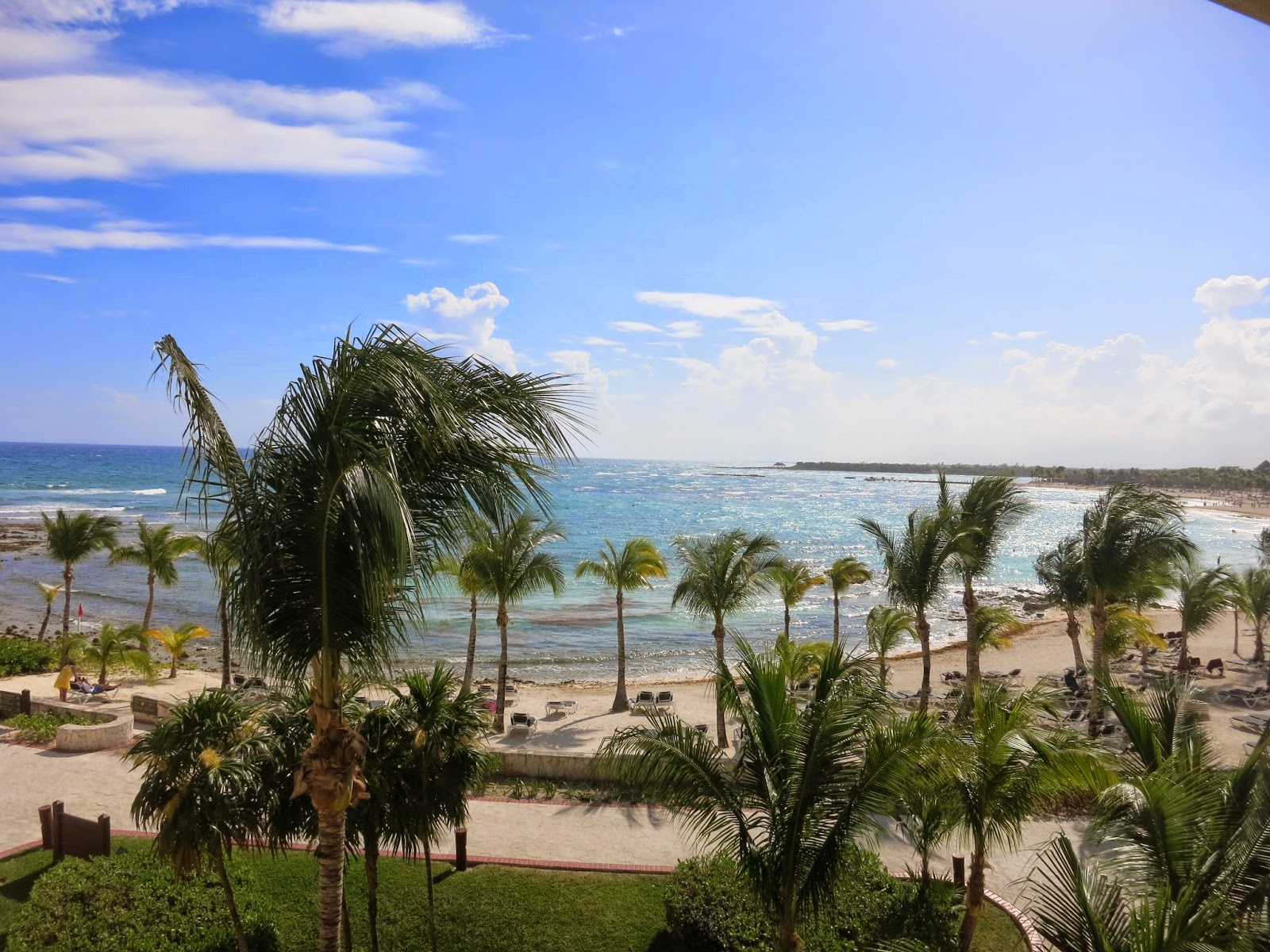 View from the balcony at the Barcelo Maya Deluxe

It wasn't that the food was awful but how does someone like me who's favorite cuisine is Mexican go into not just Mexico but one of the richest parts of it food-wise and not indulge in some local eats? It just wasn't possible. As amazing as the surroundings at the resort were I just couldn't sit around all day. So I ended up leaving the grounds on three different occasions and had a nice little taco tour. 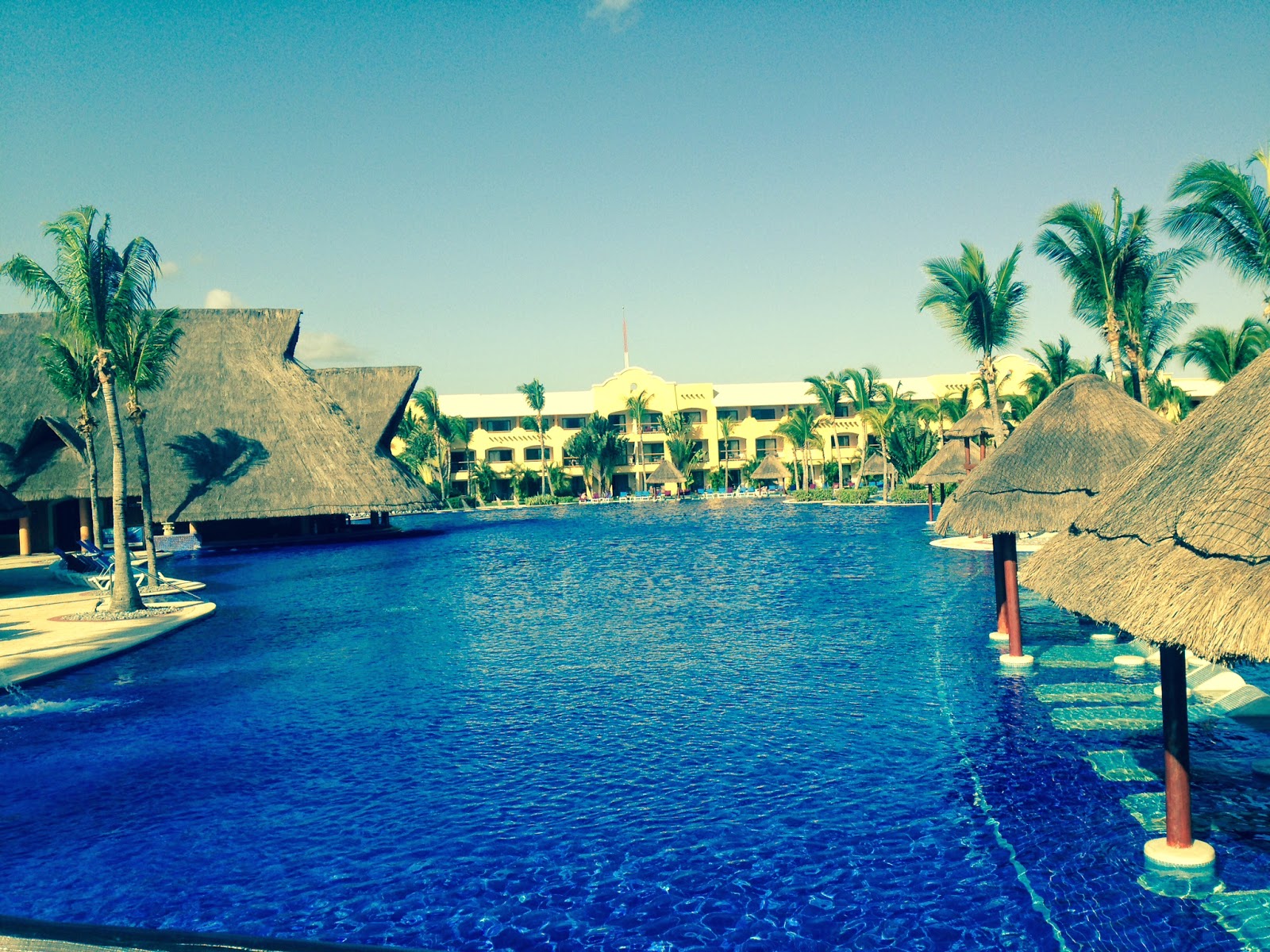 Somehow I left this...don't ever question my dedication 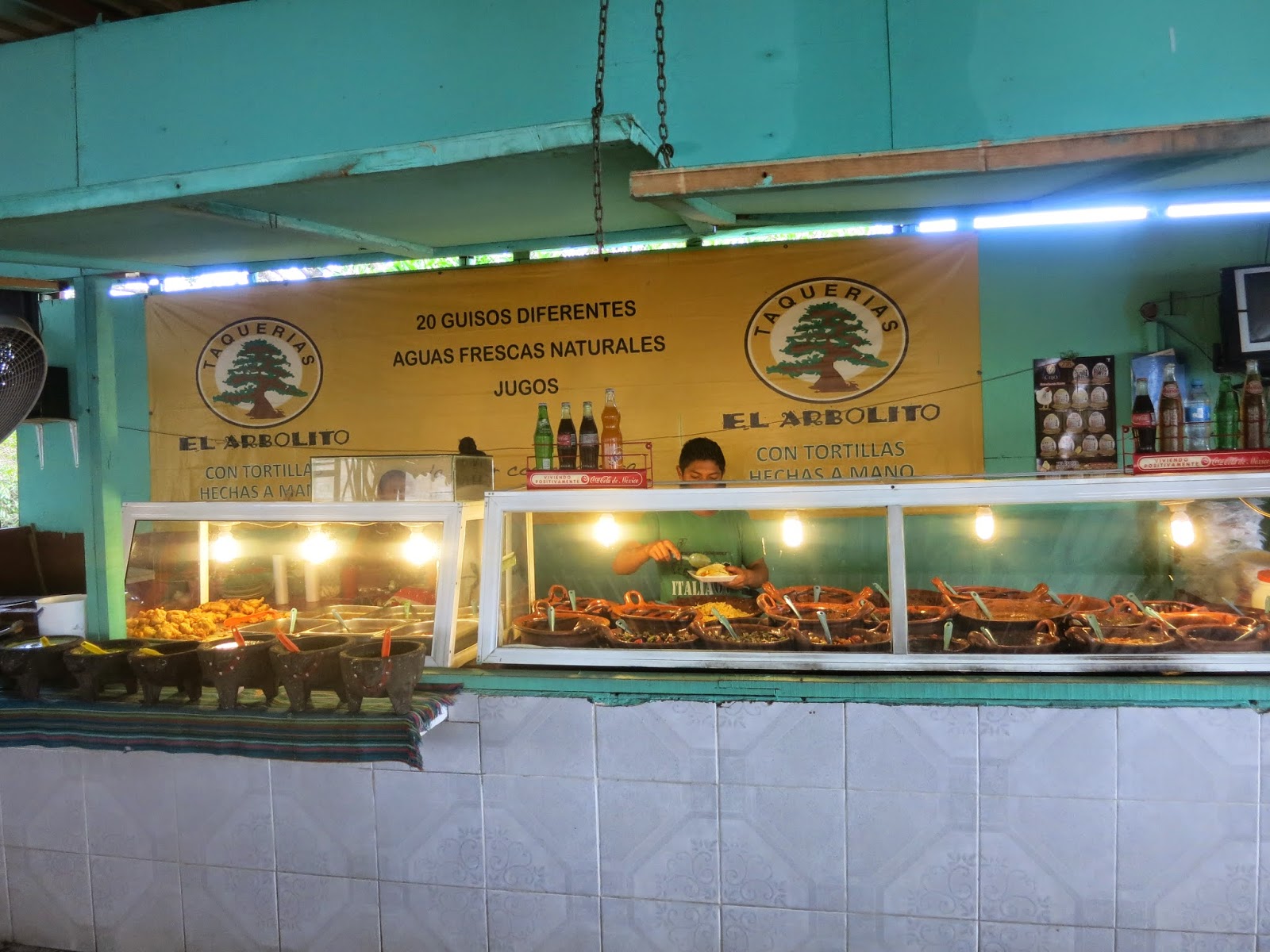 I read up on this place online, there's not much on it but someone did mention it somewhere and I was able to find it on Google maps. I made a mental note and asked the guys working at the resort about it and they knew where to send me. Hidden under the highway overpass this open air stand is specializing in tacos de guisado. I told the friendly lady to give me her favorite options and ended up with a nice trio of tacos. The chicken mole was outstanding as were the handmade tortillas. 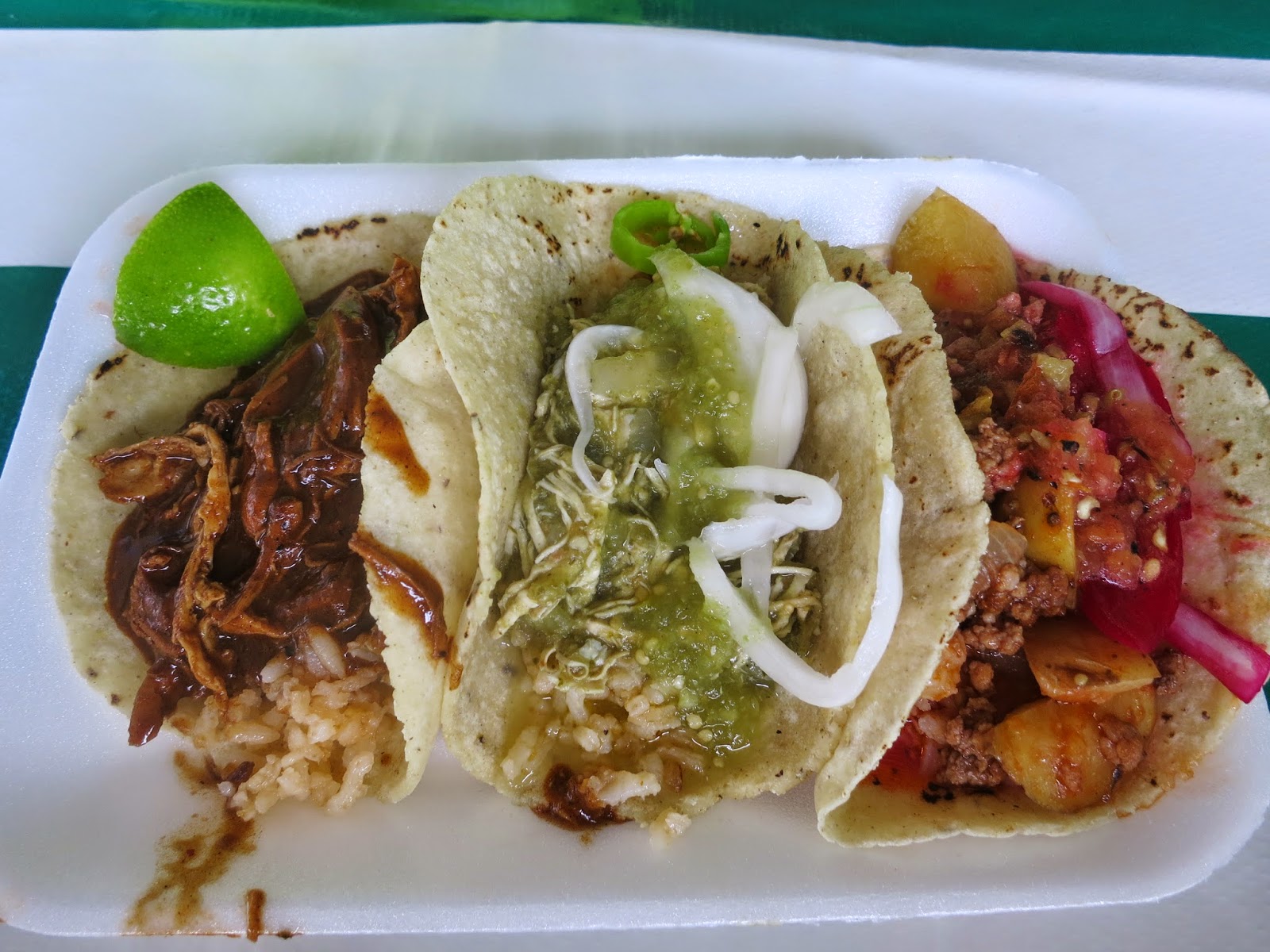 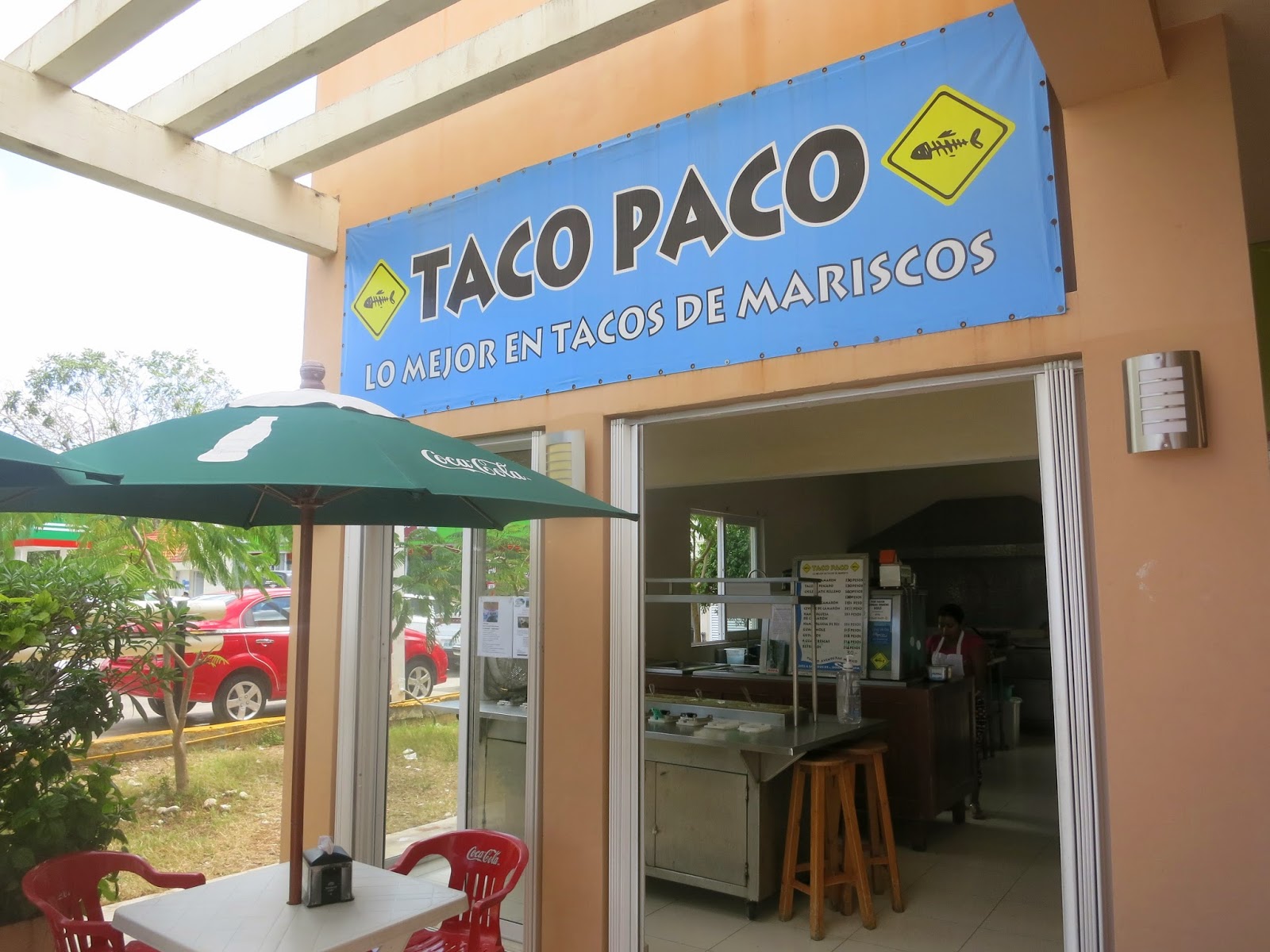 Another spot with some stuff online I also put this place in my mental notes. When I asked the cab driver where it was he explained to me how to get there. He was kind of shocked I wanted an hour until I wanted him to return, but I needed to get to some spots. This place is specializing is seafood tacos and they were pretty good. Not as memorable as my go-to stand in Puerto Vallarta but they did make a killer fish doradito which is a piece of fresh fish placed into a tortilla which is closed with toothpicks and then fried. As most all taco stands in Mexico go, you dress your own with an array of topping options and they had some really interesting salsas which spiced things up. 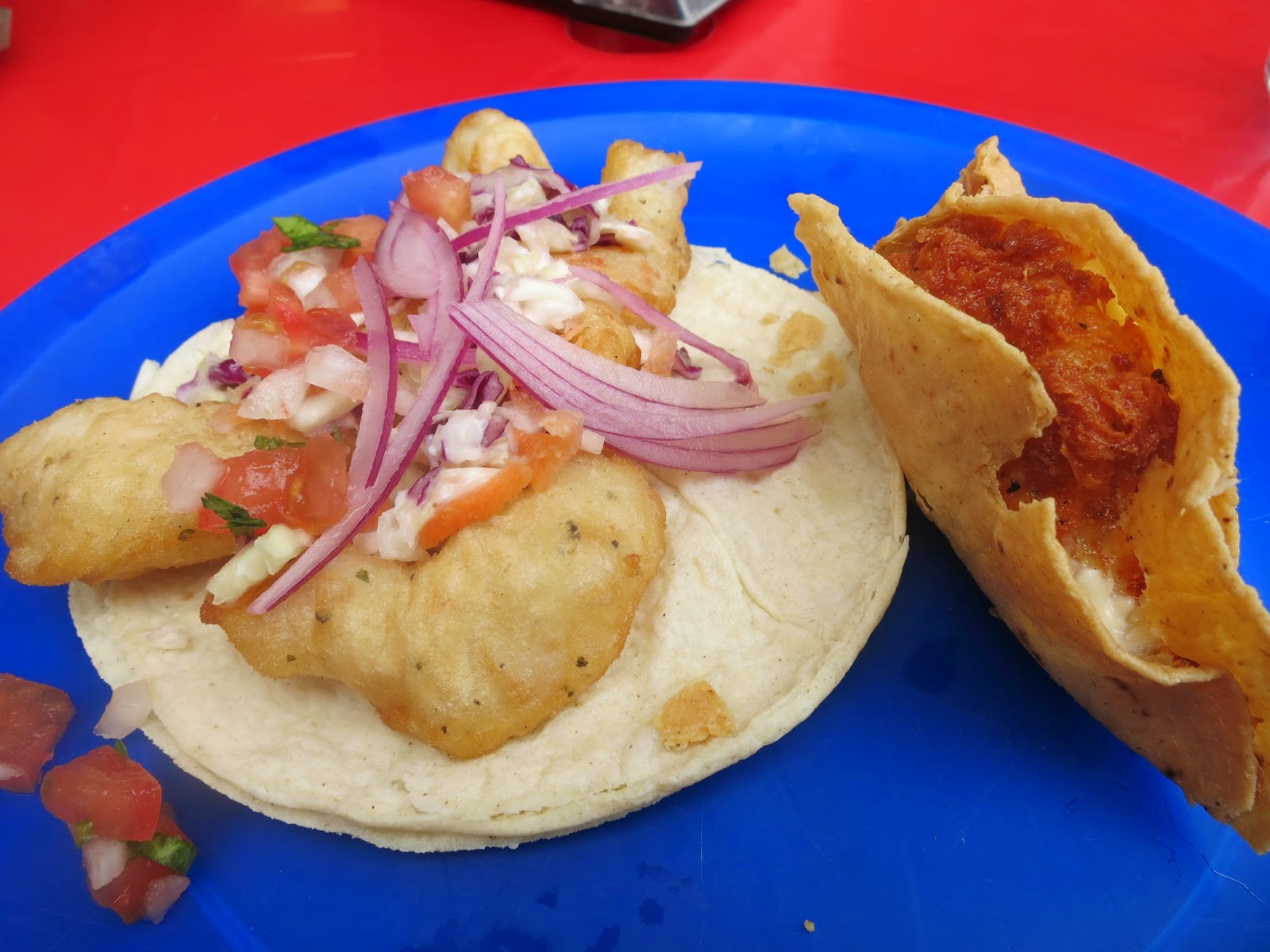 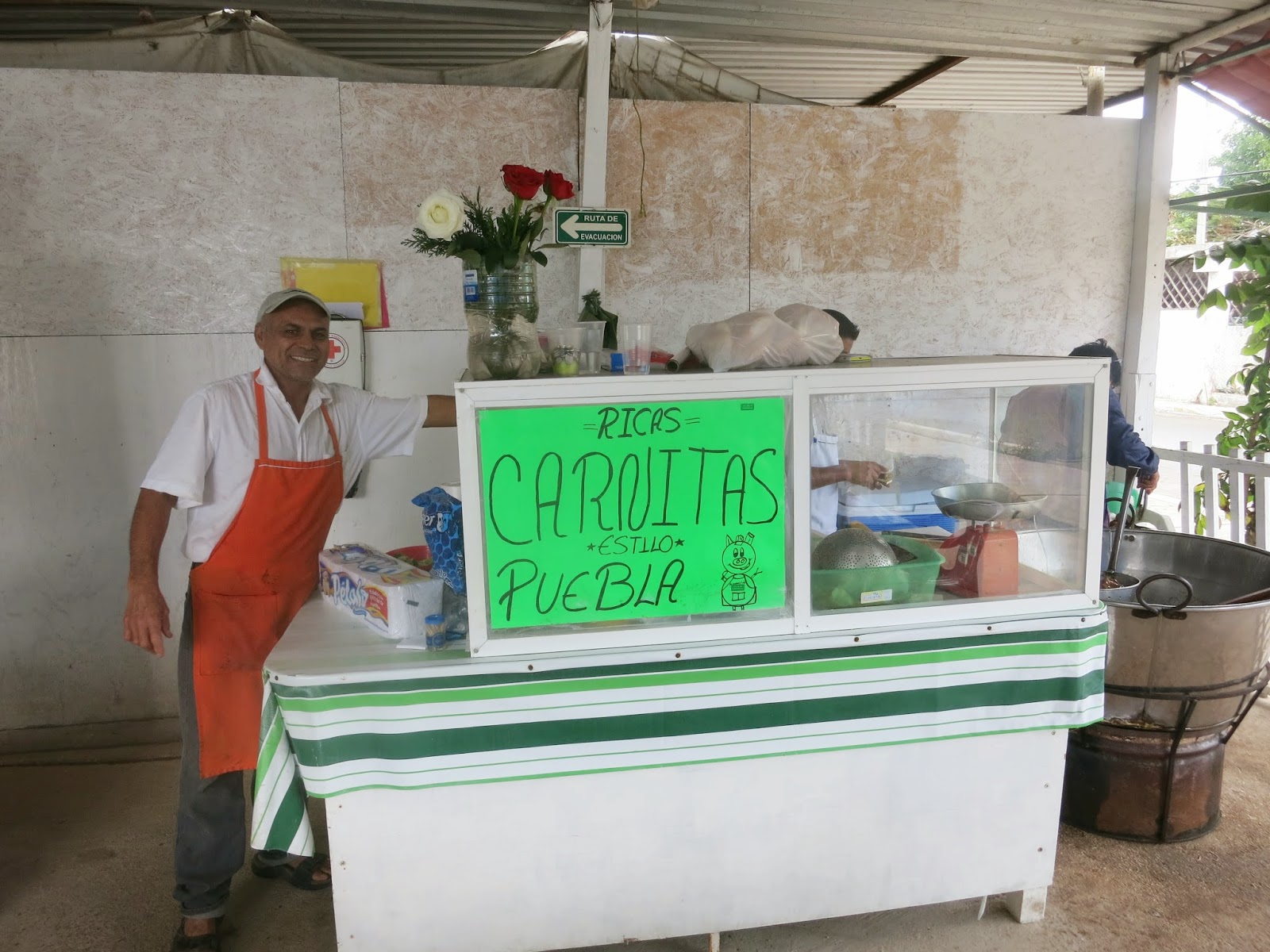 After hitting up the only two stands with any information online I just wandering down the towns only main road. First stop up was this friendly guys spot where they were frying big hunks of pork in lard in the copper pot pictured below. 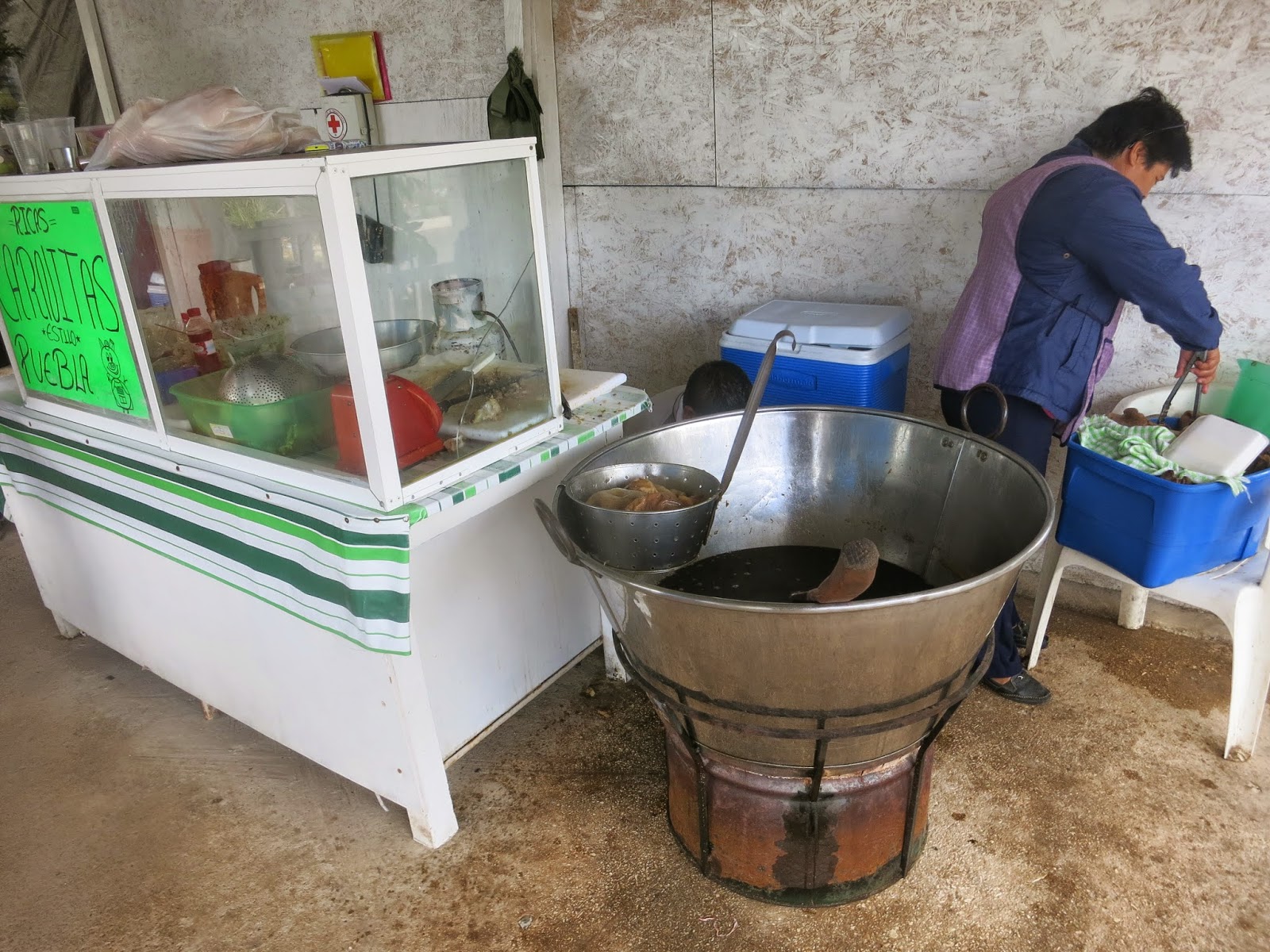 He was very welcoming and gave me some really nice samples of popular fried pig parts before I even ordered anything. What I did order was an excellent snack I ate later that day on my patio at the resort. Expertly fried pieces of pork will always be good by me. 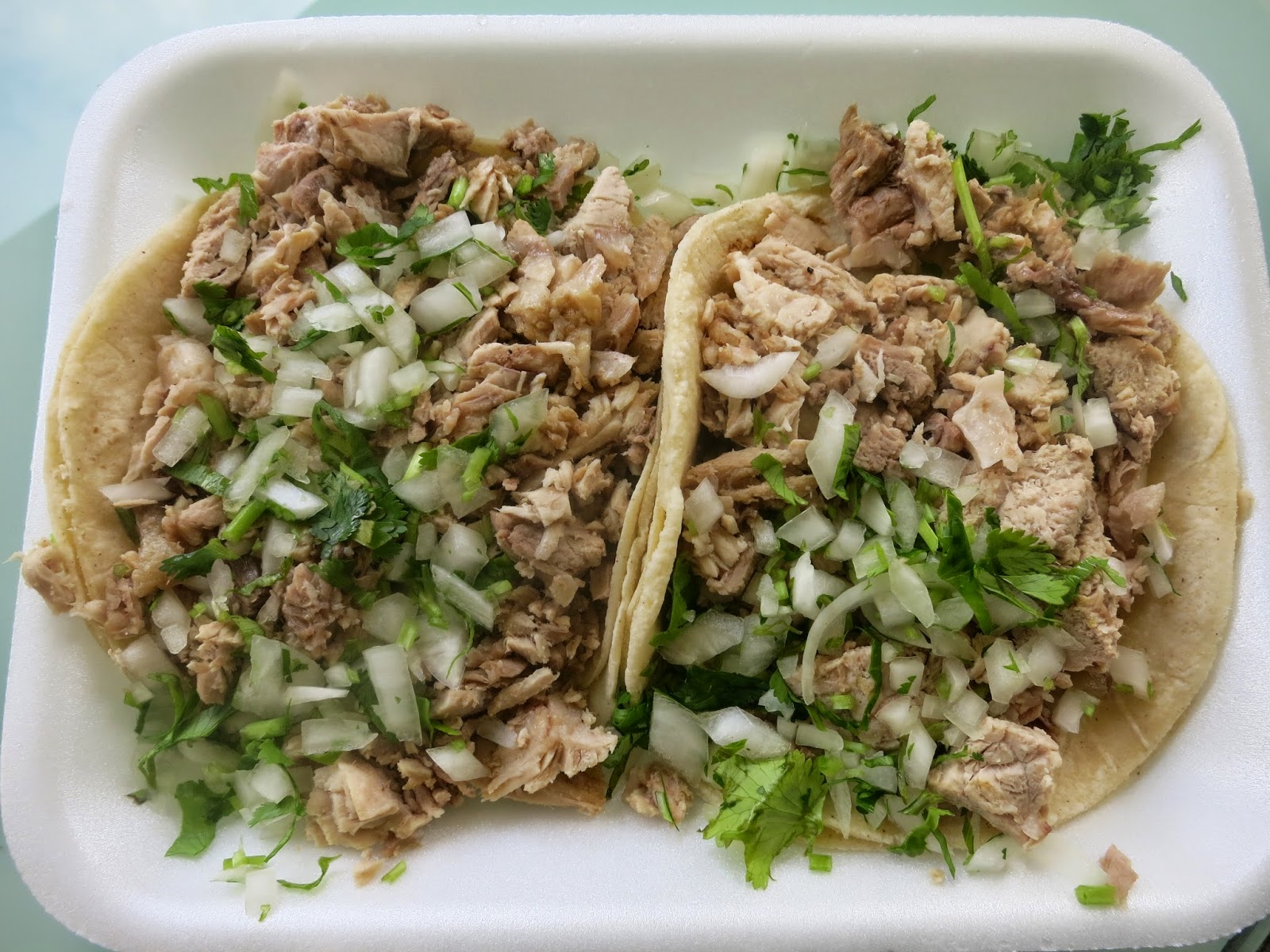 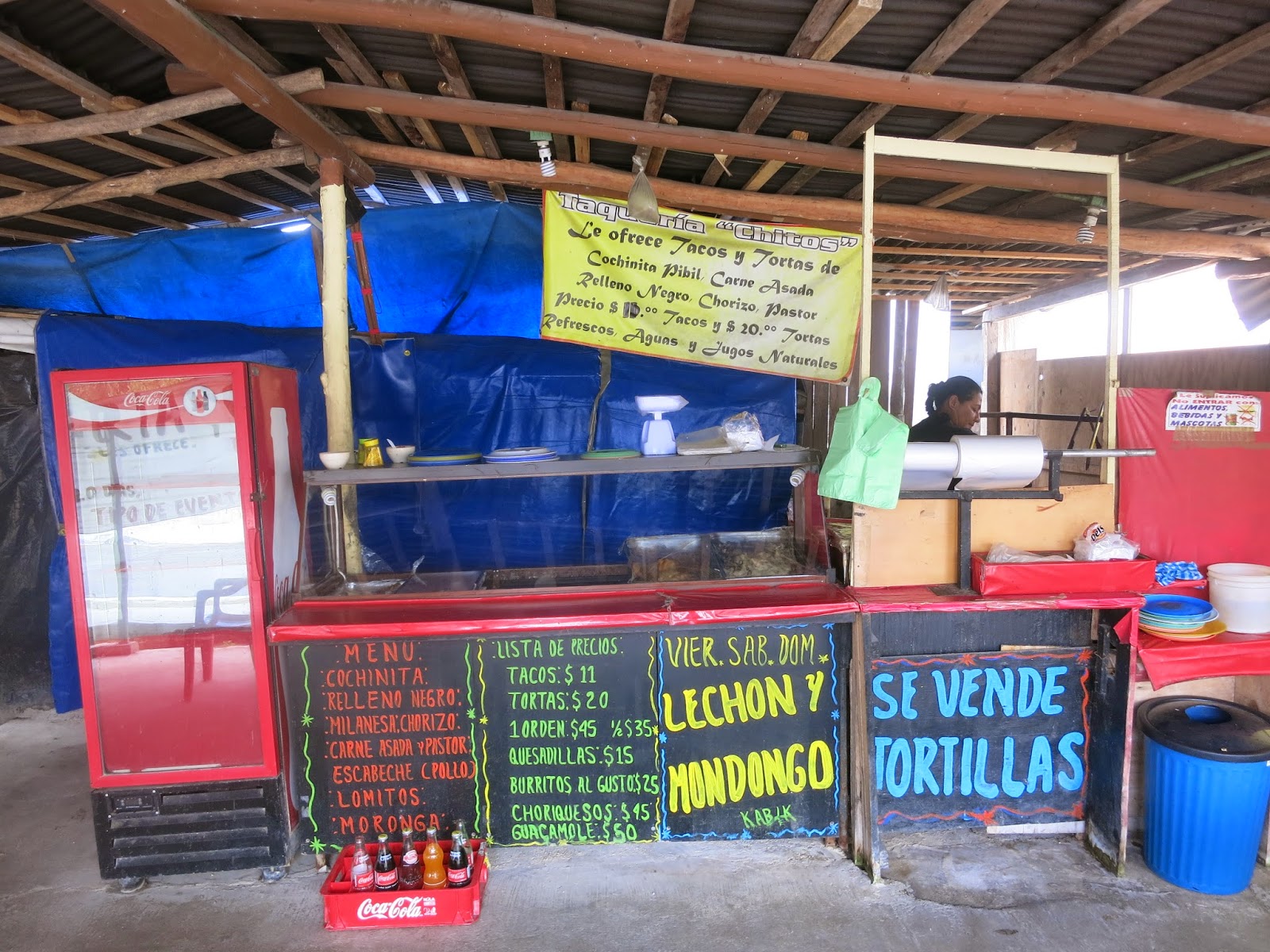 Next stop was an all in the family spot. Mother, Toddler and Grandma all there to welcome me. We talked back and forth as clearly as we could with my broken Spanish and with it I managed to learn they cook their cochinita pibil the old fashioned way in back. That would be wrapped in banana leaves and placed on coal embers in a small hole covered by a blanket. Maybe the best thing I ate. 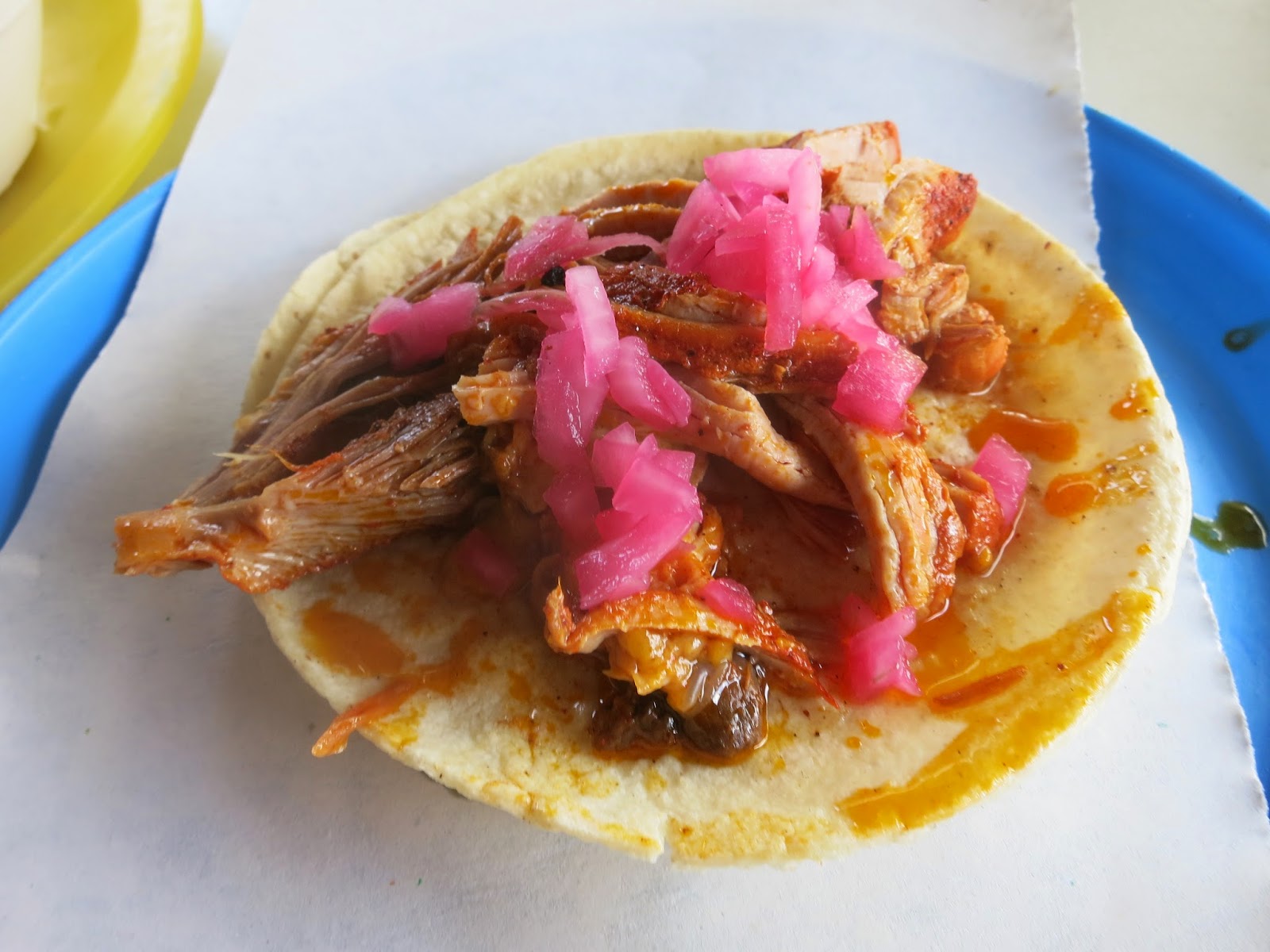 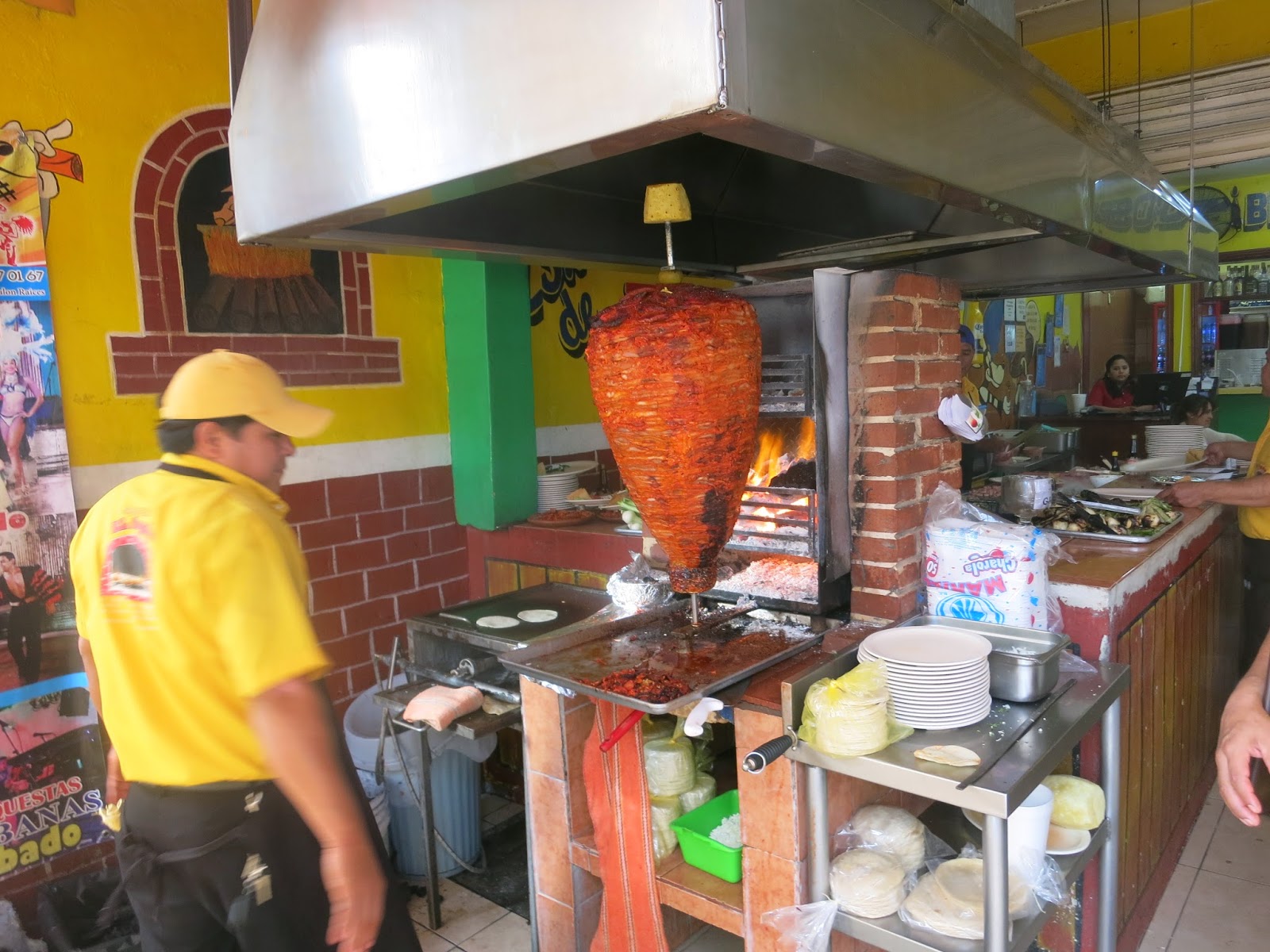 A large group of us took a van cab into Playa del Carmen about 20 minutes away. The purpose of the trip was food and fun. I asked several employees at the resort where their favorite tacos in town were at and they basically all said Fogata. The tacos al Pastor would justify these endorsements. 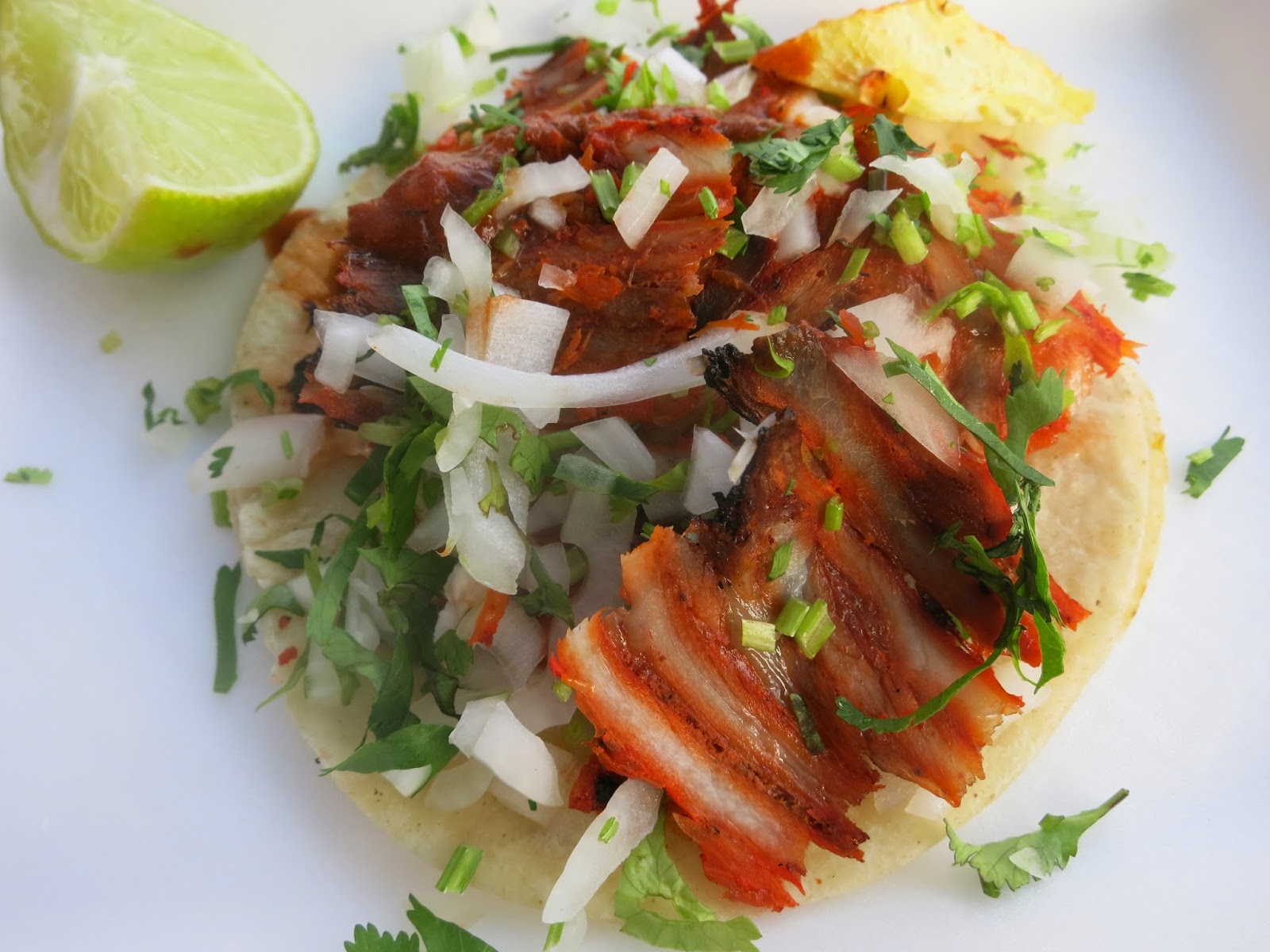 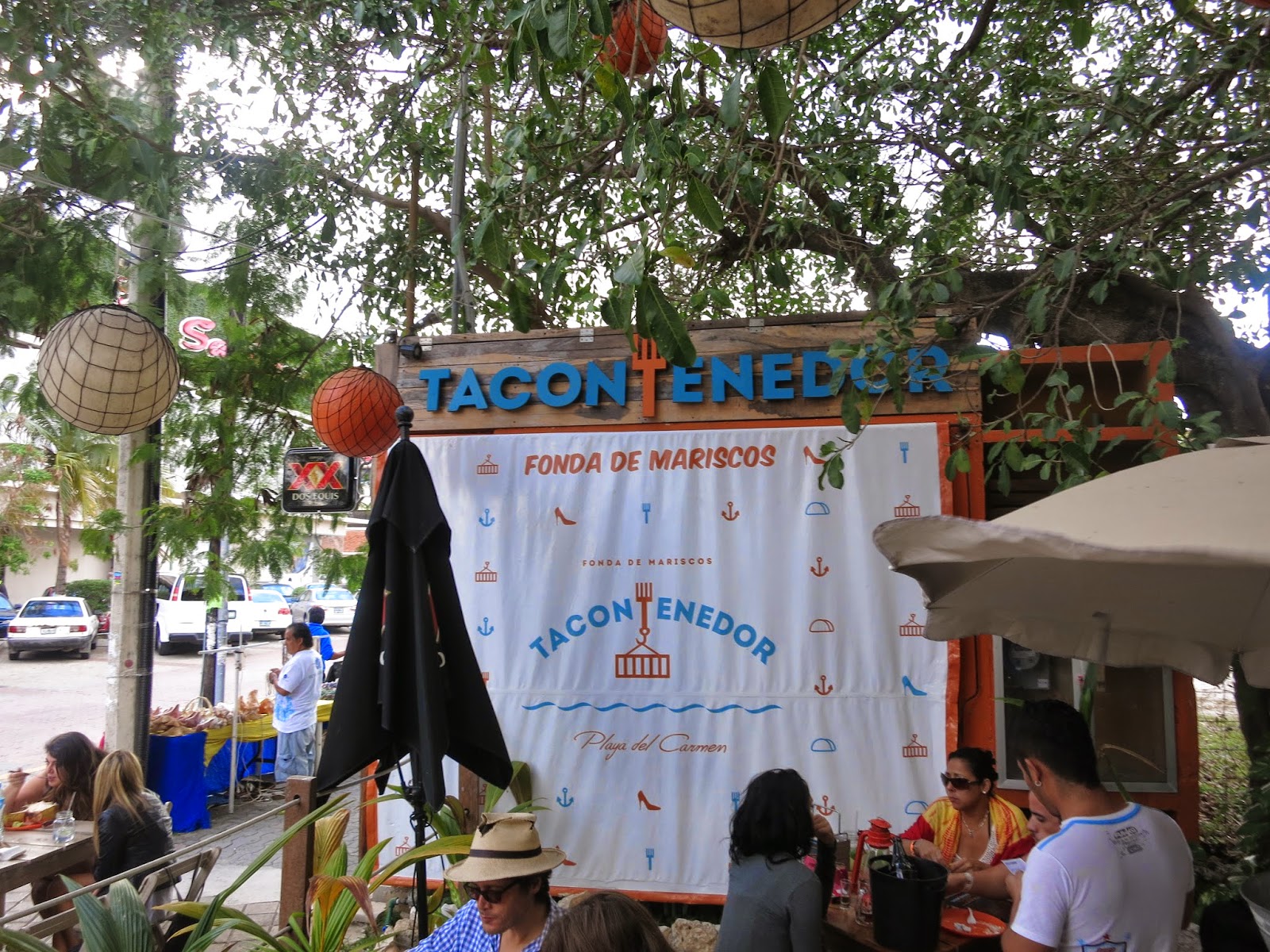 I asked a few of my followers @tweetsoftacos where to go and someone mentioned this place specializing in seafood tacos. That's what the group wanted and it was right where he dropped us off so we went on over and waited for a table. Then we waited some more until we were seated. Then we waited to order and the we waited for our food. They were packed and had a pretty tiny cooking space to work with. If the tacos were amazing I'd say it was worth the wait but they were just average at best. Low on seafood and not all that inspiring. The descriptions sounded better than the flavors. 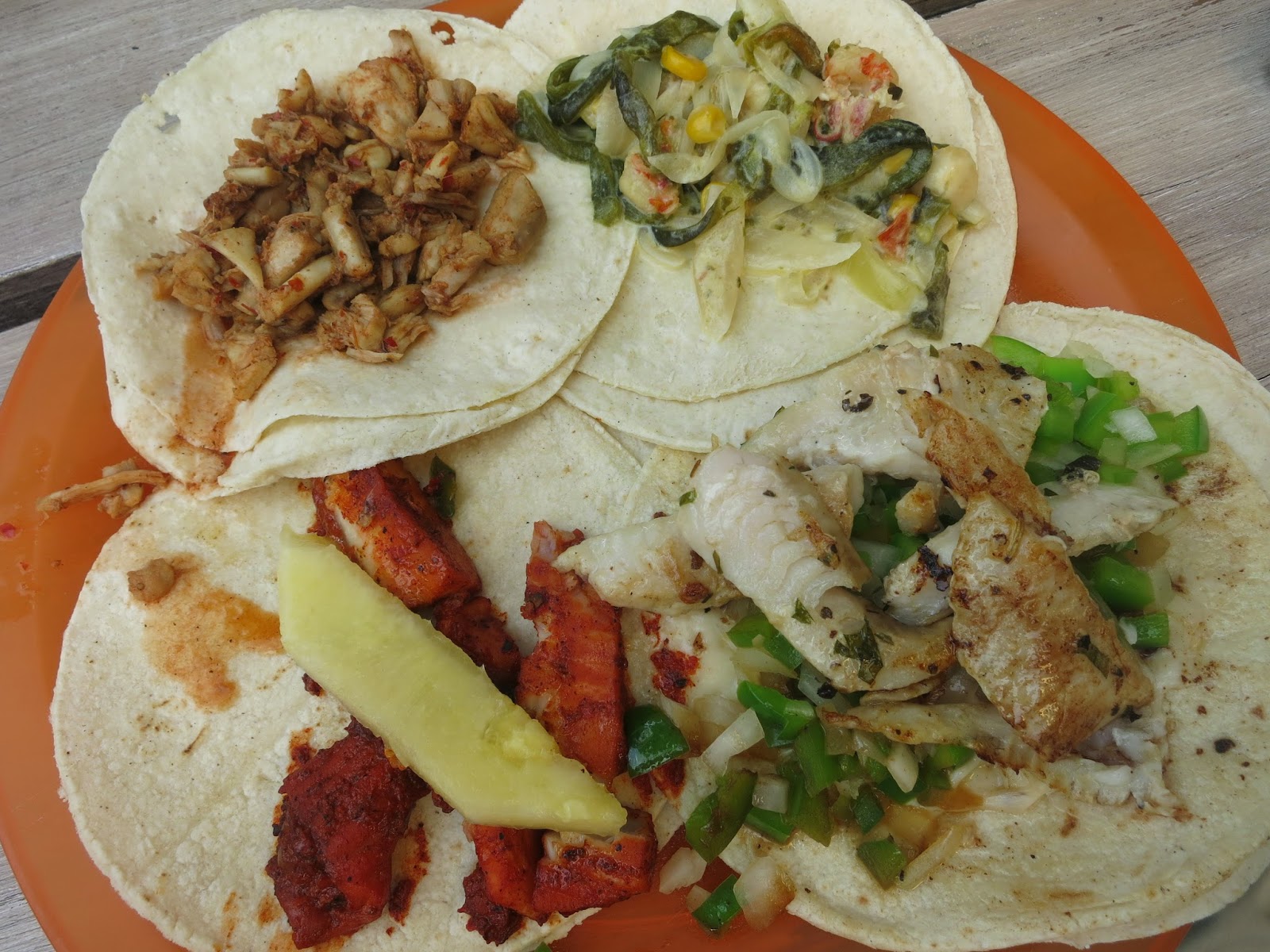 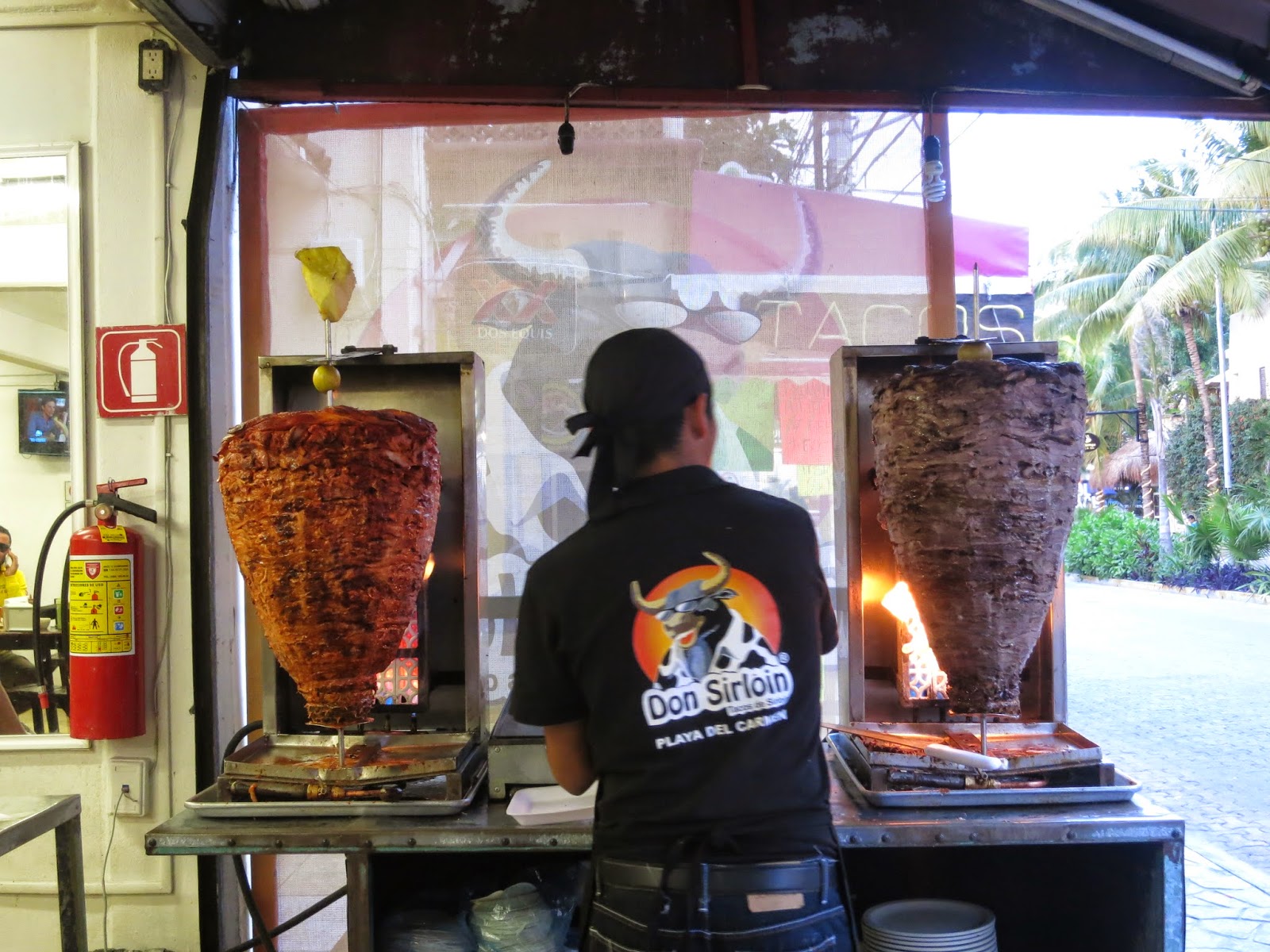 I had a place specializing in tacos arabes I wanted to go too but when we got there it was closed for good. Evacuated. However en route we saw a place with two different locations that were both packed and aside from that they were flaunting beautiful spits of meat. As the name suggests one of them is beef and the other is pork aka al pastor. I ended up eating two of each and regretted not getting more. Perfectly executed tacos de trompo. So simple but so good. 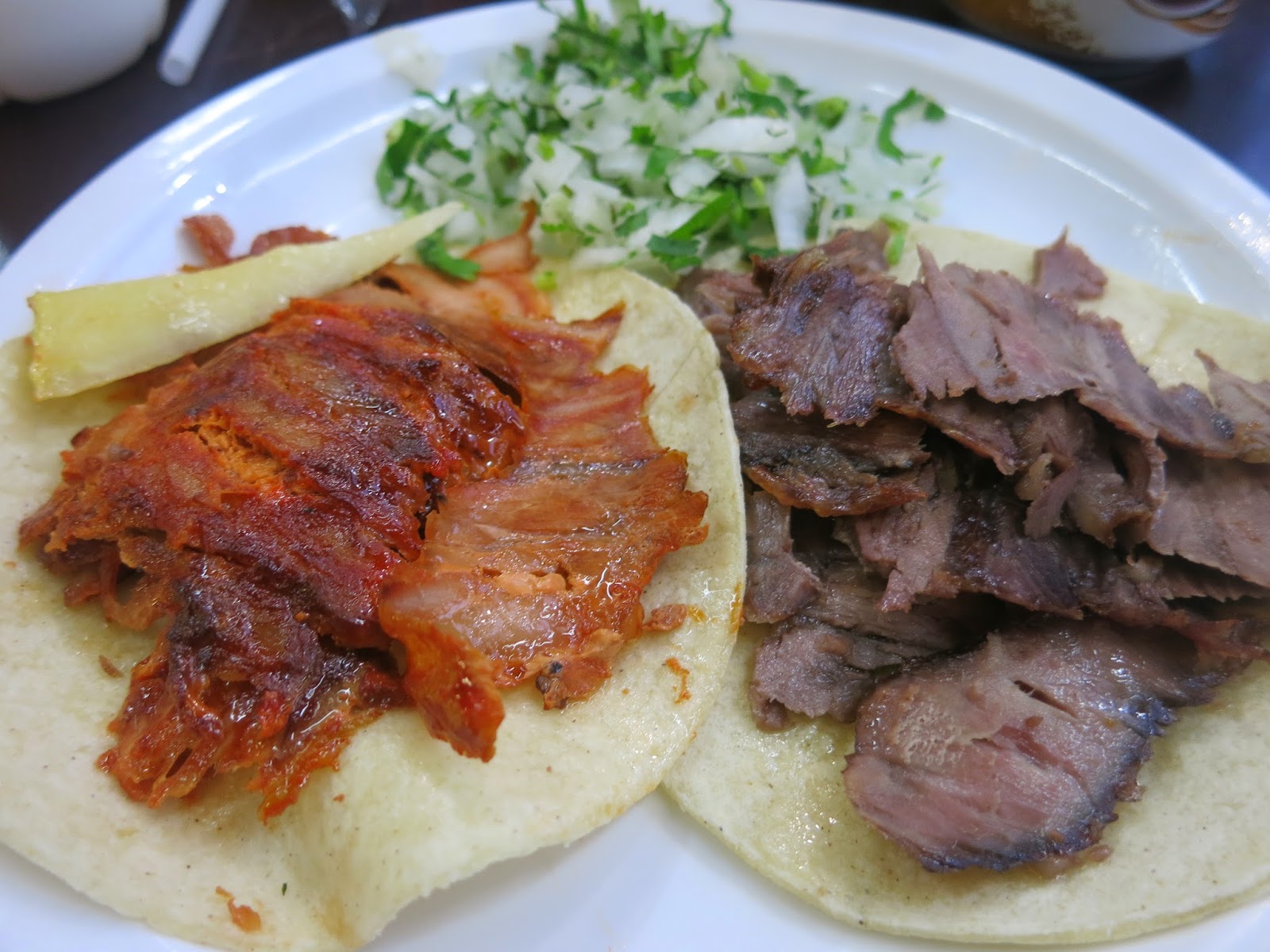 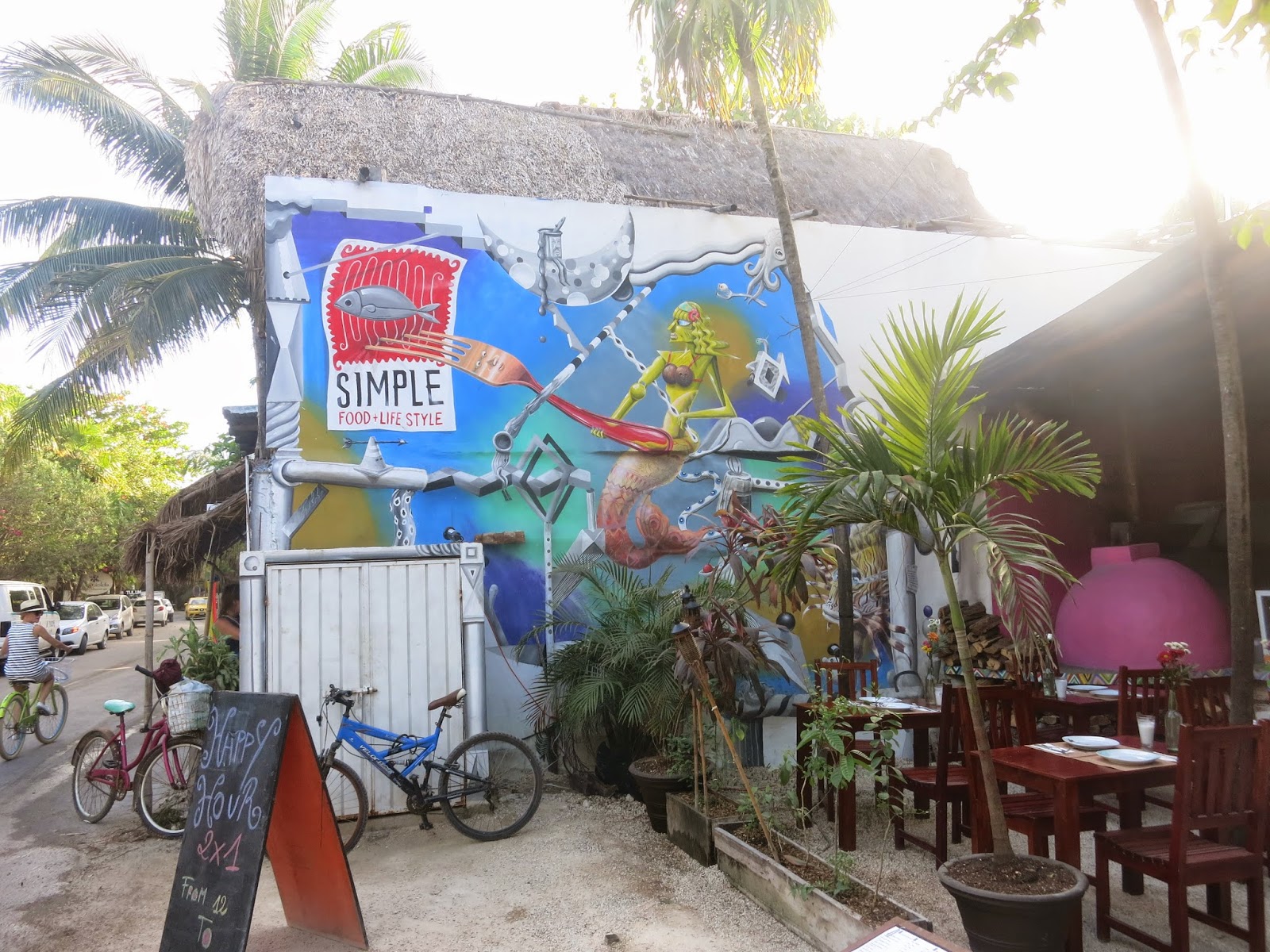 On our last day in town we took a van into the interesting town of Tulum. It's a growing community that has all sorts of independently owned hotels and restaurants. A couple of people in the group had been to Tulum before and led us to one of the towns best restaurants. Simple is grilling freshly caught seafood over charcoal and shaking up some strong cocktails to go with them. I can take a taco break for this. We had a wonderful meal here that might not be pretty in pics but was amazing in the mouth. As the name suggests there's nothing fancy about the food it's all about the taste of the ocean mixed with char. Good food, good company, great times. 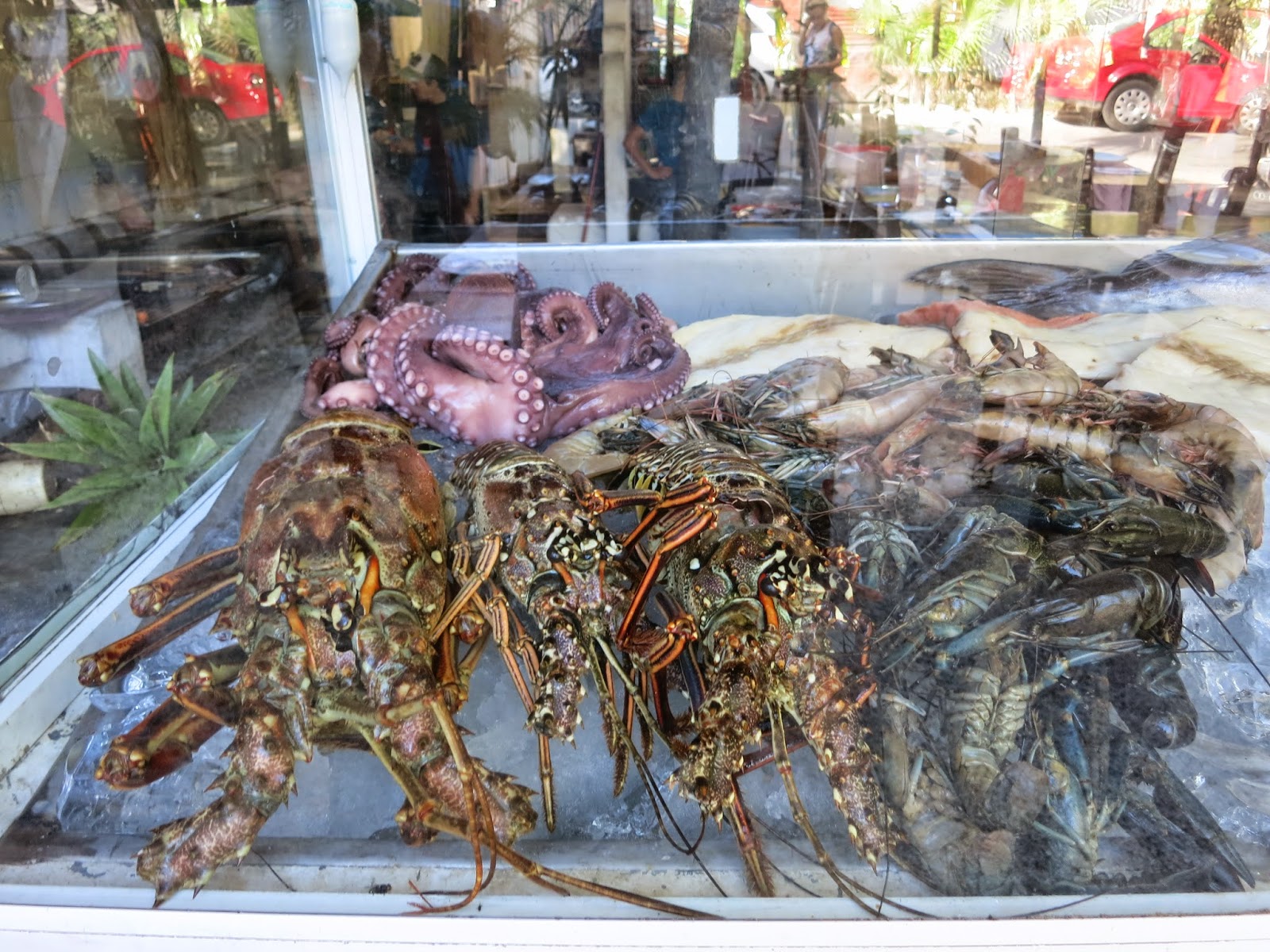 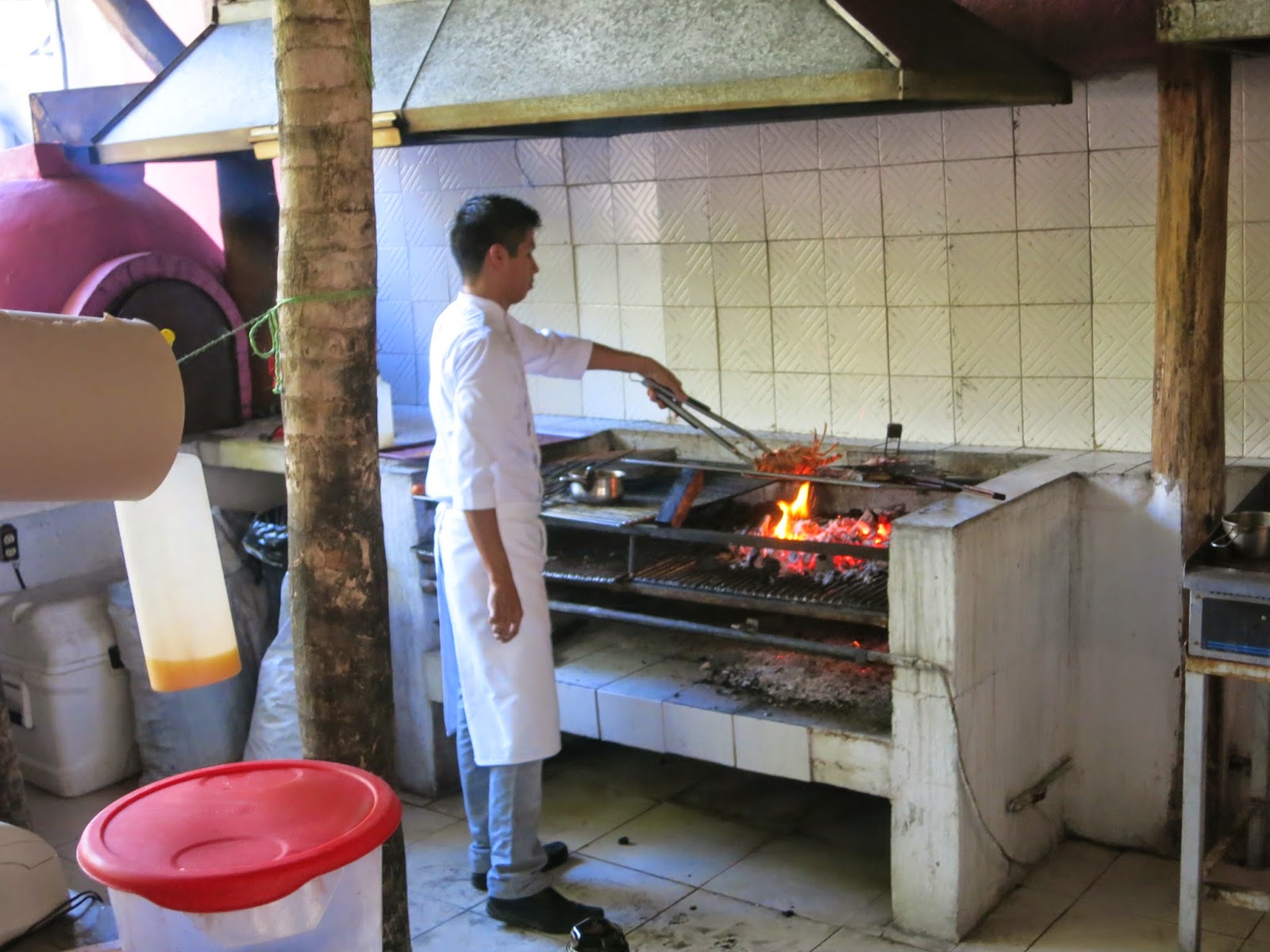 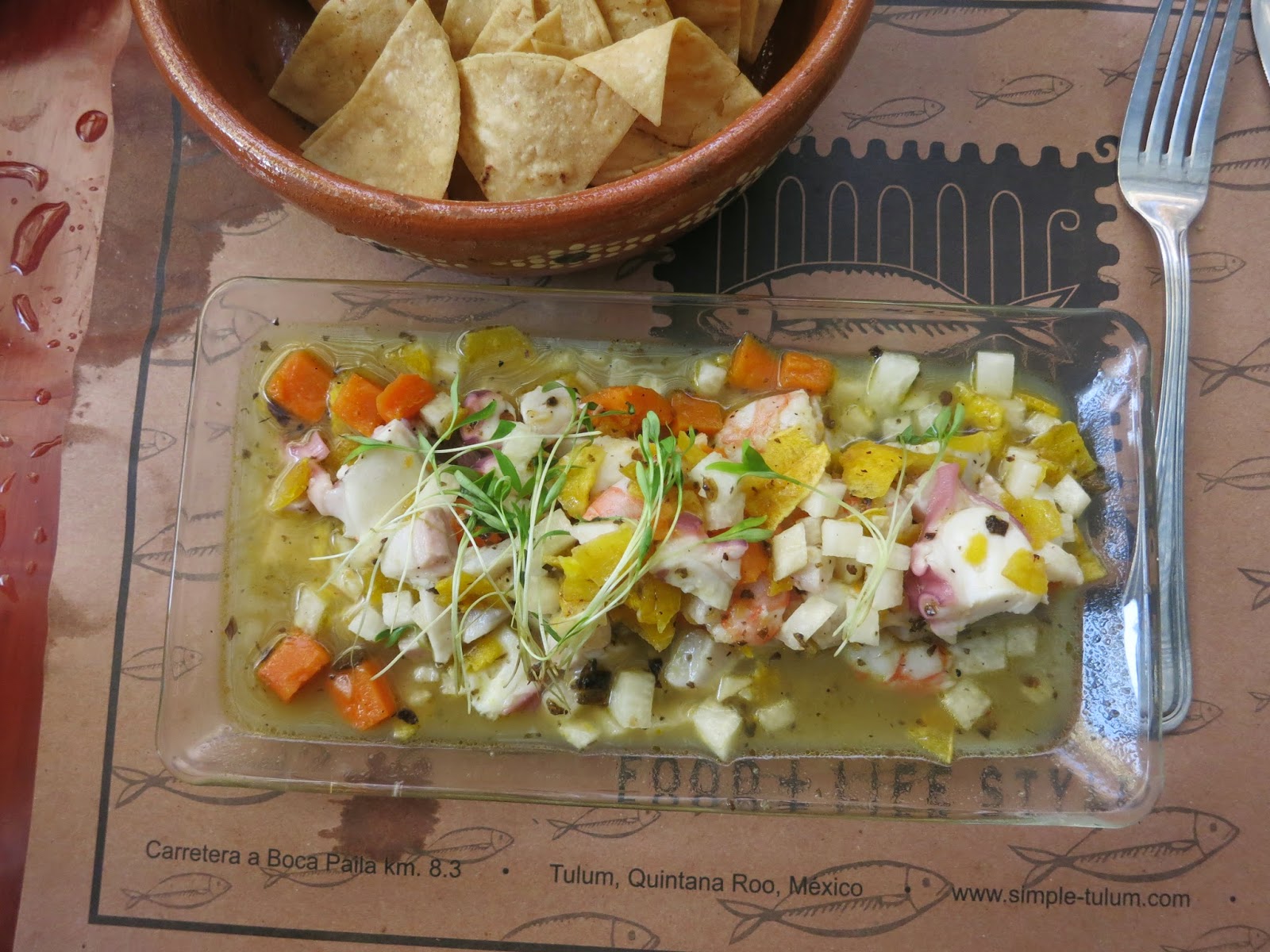 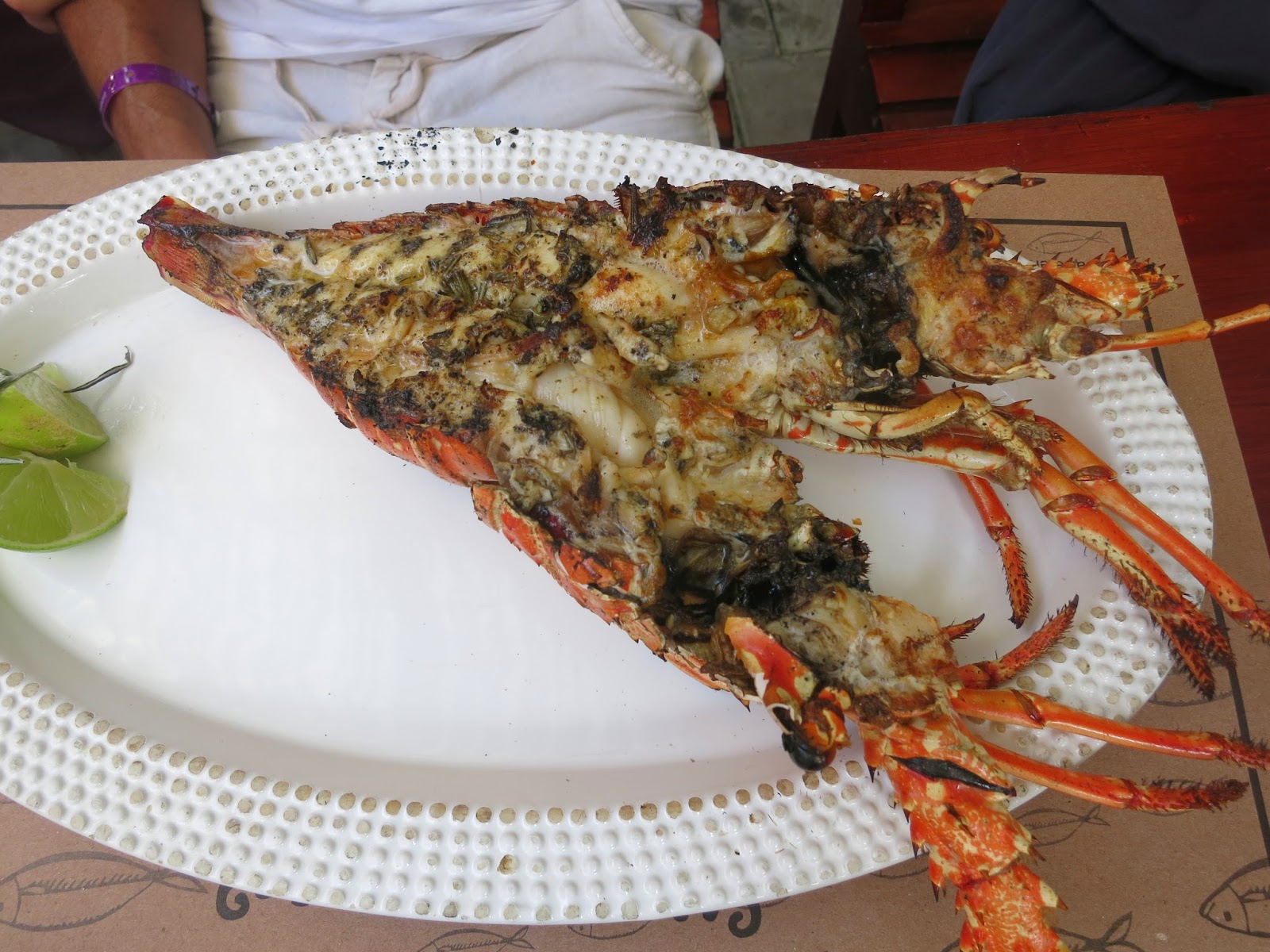 Some sights from our meal 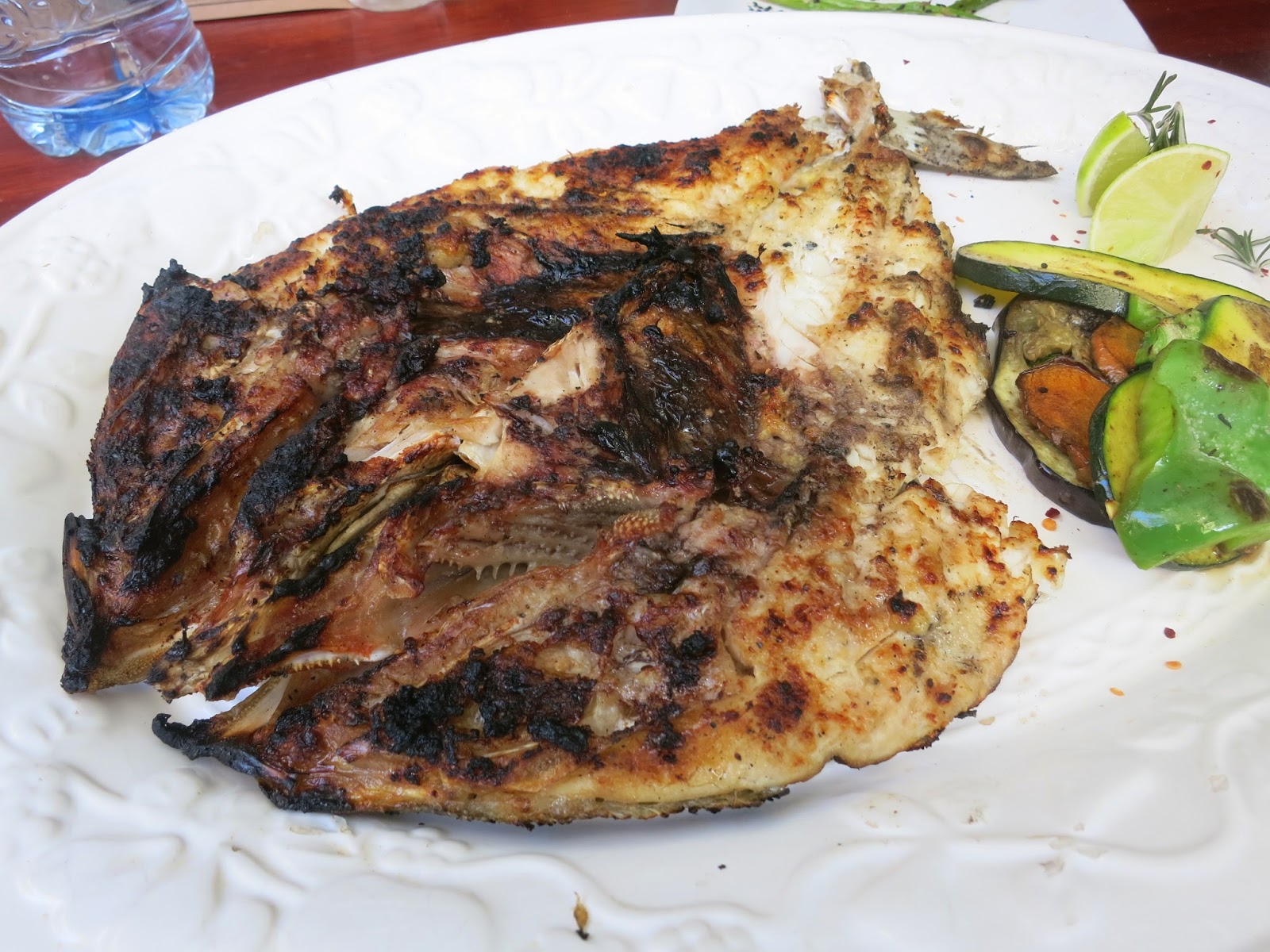 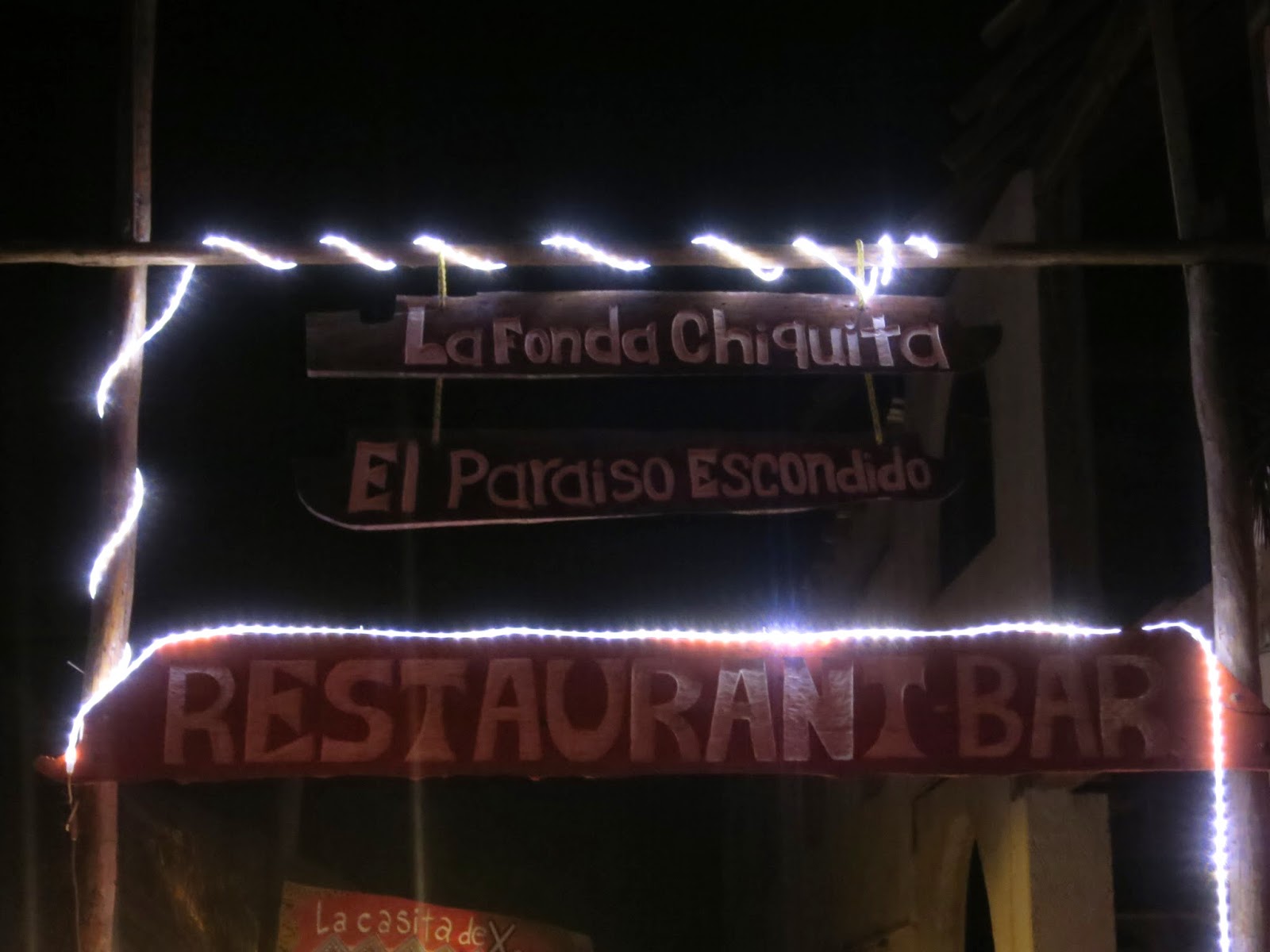 To end the evening we took in the sunset at bar on the main strip known for their views and then wandered over to another spot our friend had in mind. Not only for the food but also the views. 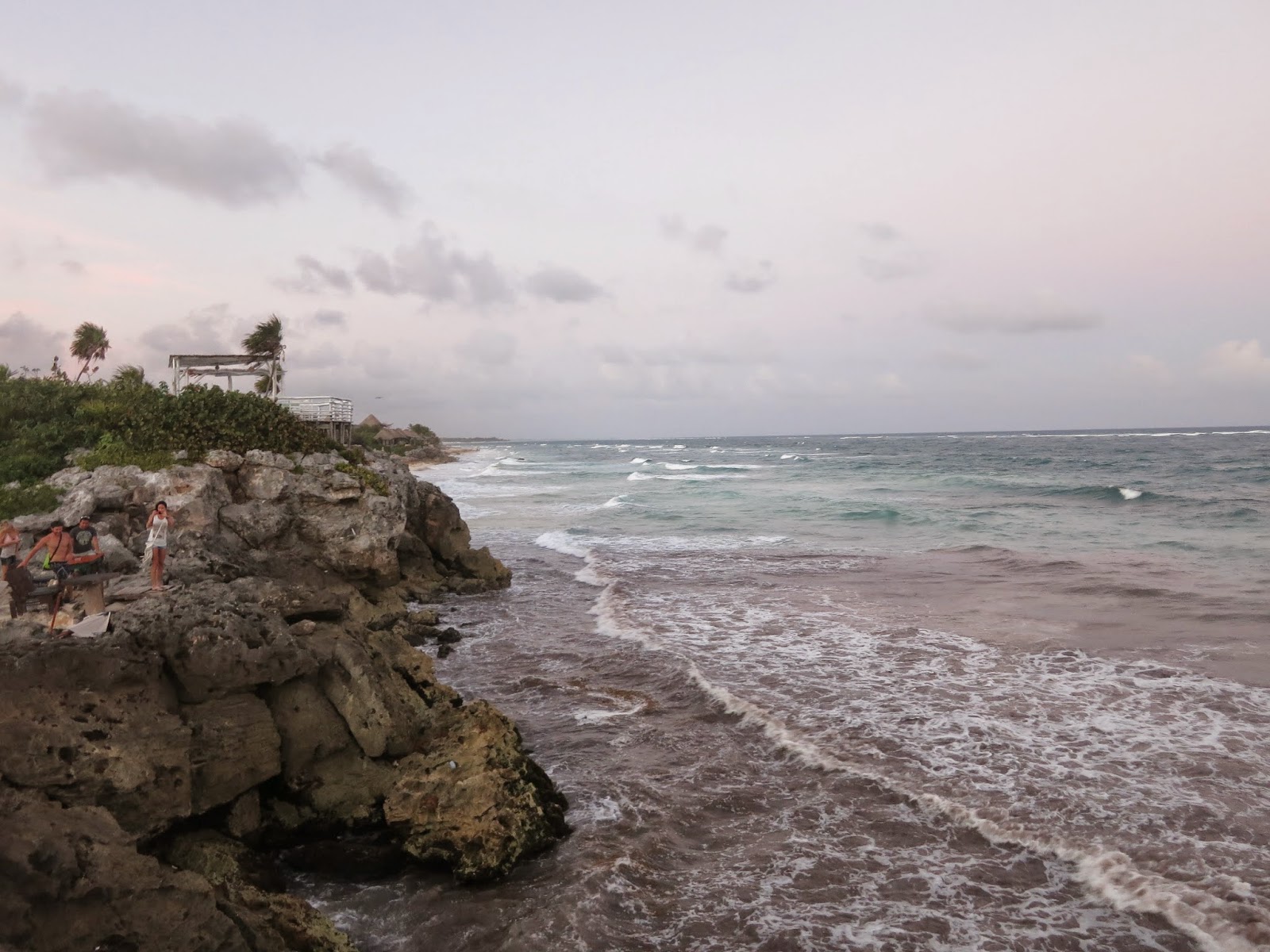 We were there for the tacos de pulpo (octopus) and they didn't disappoint. Nice chunks of locally caught octopus were chopped up after being grilled and served on fresh corn tortillas. We also tried some excellent fish tacos and others at the table were satisfied with the meat options. After that it was back to the resort and shortly thereafter back to reality as our flight left the next day. I'm already planning my return trip to the area. Stay tuned. 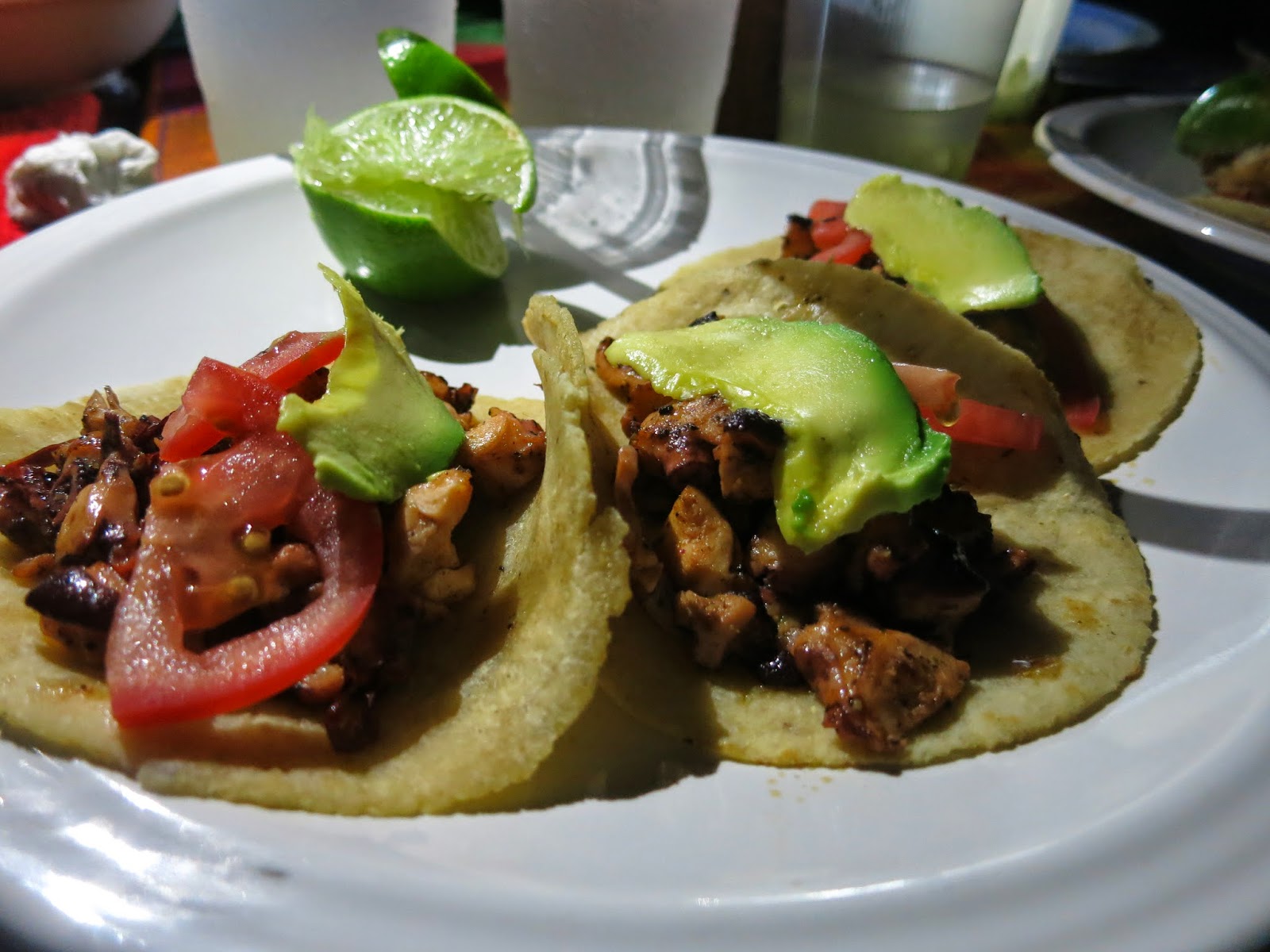 Note: I'm choosing not to include the addresses because they're easily found online or easily found right there in town. See ya next time @chibbqking.
Posted by KingT at 12:00 PM

Great photos of the food, it looks really exotic. The riviera maya sure has many unique food and activities to enjoy. Underwater tours also let you experience the beauty of place on an particular way, interacting with nature and exploring it.

It's been said that every bettor must watch this,

Watch this or quit betting on sports...