Hard to believe it but year #7 of S'C'&C is just about complete. Like every year before, it was very tasty and like last year i've been quite busy this Holiday season. So with it I want to share my favorite 11 posts from 2014. A quick reminder for this somewhat new tradition of my year end 'best of' list. Only places I actually posted about can qualify thus some of the better places that opened up shop in 2014 that I've been too and loved (Read: MFK amongst others) though haven't been posted about arent eligible. Just posts from the past year and it isn't a popularity contest just my personal eleven favorites. Hope you enjoyed them and all the rest that ran on the site these past twelve months. Happy New Year.
_____________________________________

11) Indy Cafe  - I've always enjoyed exploring the gritty grounds of Northwest Indiana but never thought I'd find a place like Indy Cafe there. As I said in the original report this place belongs in a trendy neighborhood in Chicago. It's out of place in The Region but at the same time shows how far the local food movement has come. They seem to do everything above average here but it's their Chicken Milanase sandwich that has gotten me back each chance I get. In the year of the fried chicken sandwich craze, this one was my favorite of all the ones I tried. 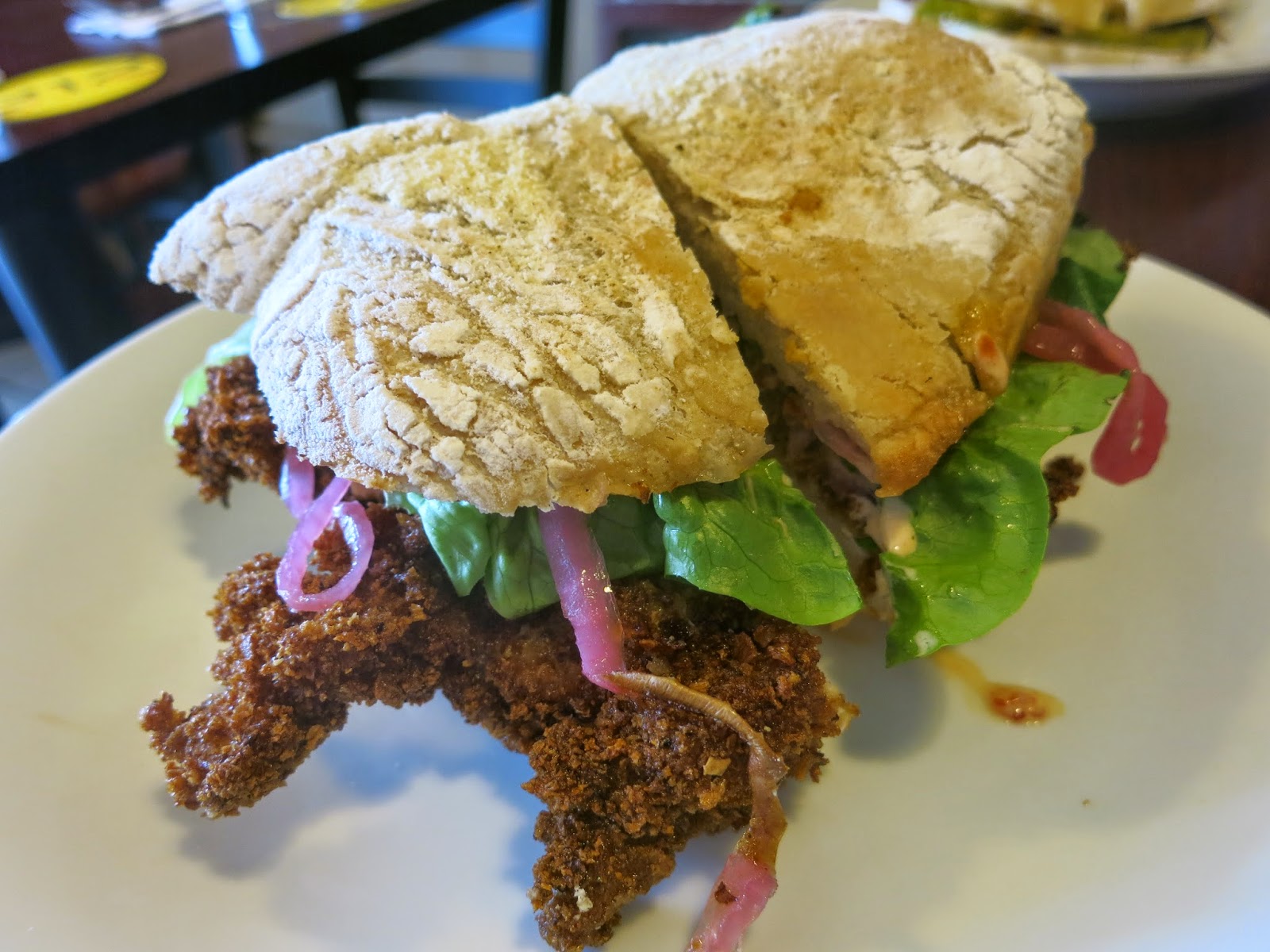 10) Jeff's Red Hots - At first I thought it might be somewhat lame to put a hot dog stand in this round-up but theres no denying the fact I've stopped thru here countless times since finally trying this longtime Northwest side favorite. Jeff's does a near flawless example of a Chicago style hot dog with the option of saurkraut on top of everything else, get it. A surprisingly welcome addition to the club.

9) Charcoal Grilled Carne Asada at Mezquite Pollo Express - Shout-out to Mike @skyfullofbacon for putting this terrific family run spot on the Chicago food explorers map. There's quite a few Mexican run places where they're slanging tasty grilled chicken but not all all of them are cooking over real Mezquite charcoal and to the best of my knowledge only one of them is cooking steaks over it. In a city where many of the tourists seek out the best steak-house, Mezquite Pollo Express makes for a great locals secret. Aside from maybe a bone-in ribeye, a well grilled skirt steak might be my favorite cut of beef to eat and they grill up a mean one over here while the price is more than right. 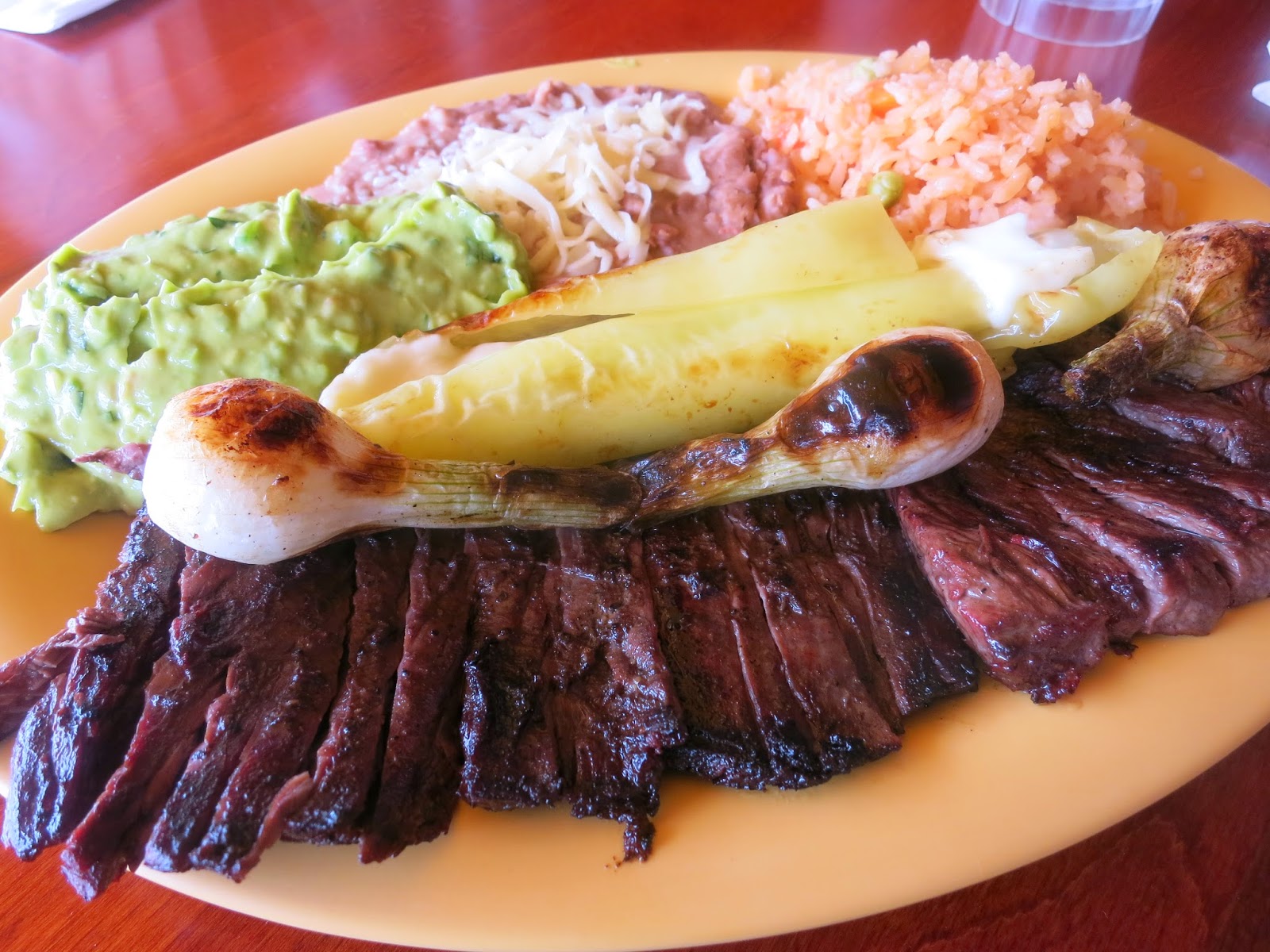 8) Building the Perfect Cuban Sandwich - Aside from maybe the Italian Beef, the Tampa style Cuban sandwich is my favorite of all the regional offerings in the country. Problem is we don't have many good places making them in Chicago, it's hard to find a good one outside of Florida. Though if you're willing to put in a little bit of work I can help calm the craves with this close to perfect recipe.

7) Spicy Thai Lao - This hidden gem was discovered by a friend (aka Rene G) over at LTH. It didn't take long before he had a bunch of us heading out to Burbank to try the Laotian food. Run by a wonderful couple, she does all the cooking making recipes she grew up on living on the Eastern edge of Thailand. On top of the special menu they also sport all the common Thai favorites and it's all good. 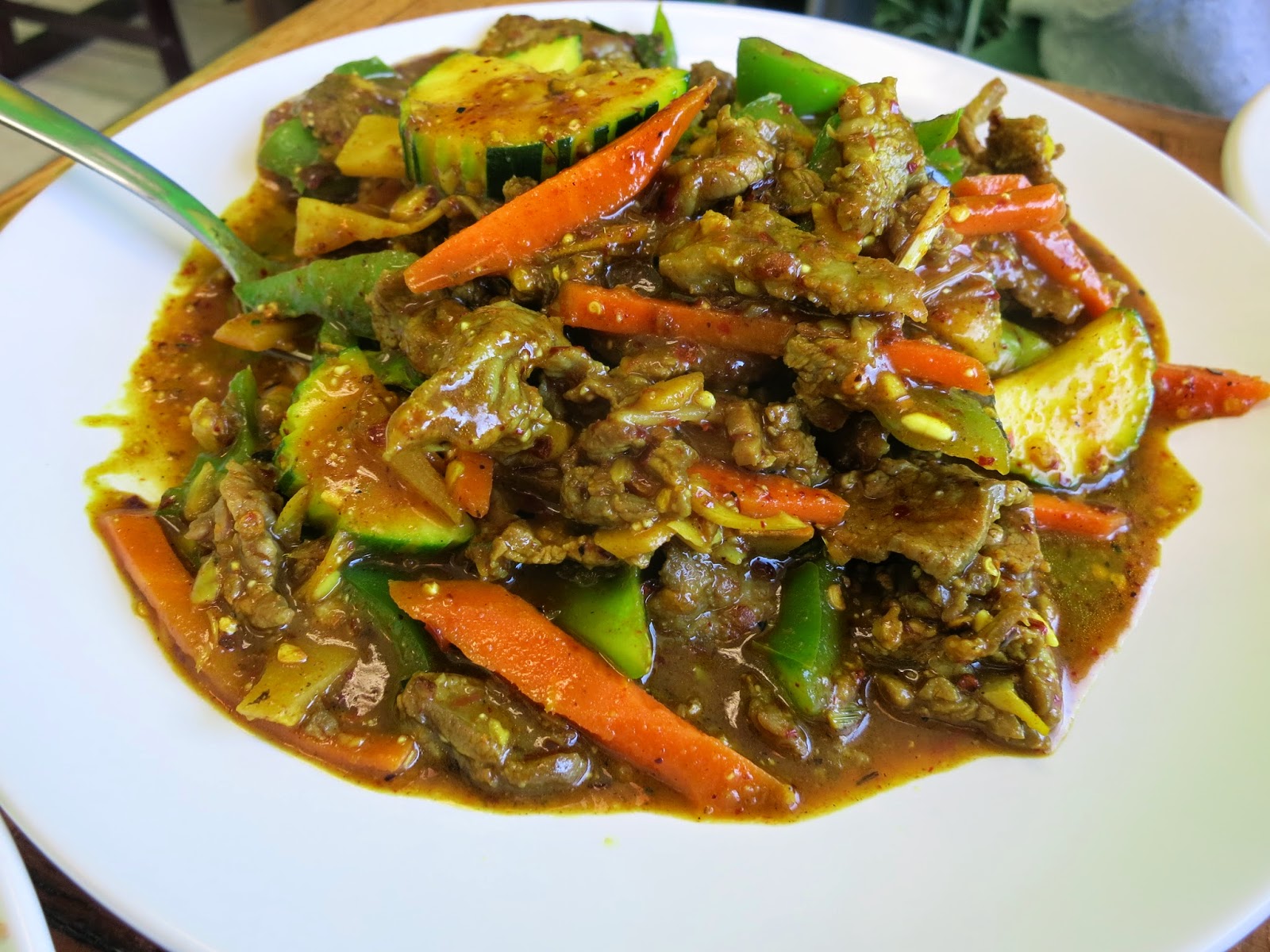 6) Roadtrips to the 'Villes (Louisville and Asheville) - Hipsters are taking over the Country. Not really but they are making their mark in the food and drink industry. I got the chance to visit both of these young up and coming cities, each known for their expanding restaurant/drinking scenes. Whether it was the bourbon based cocktails in Louisville or the micro brewed beer in Asheville we found ourselves eating and drinking the entire trips. If you tend to do the same when getting away you may want to check these towns out. We actually went to Louisville twice, see the second trip HERE.

5) Red Hot Ranch Burger - One of the city's best hot dog stands now makes one of the city's best burgers. Only available at the Ashland street location the double redhot ranch burger with cheese is one of the best bang for your bite deals in Chicago. For $5 you get two freshly smashed balls of beef with the most crispy edges you'll find between Northwest Indiana and Central Illinois. It's similar to the West Coast In and Out style with the Midwest smashed patties taking it up a notch. Fresh cut fries included.

4) Introducing the Chicago Taco Tour - Not a post from S'C'&C but rather a spinoff website is next on the list. If you haven't been on a virtual tour, go check it out. There's a new taco king in town.

3) Louisiana (New Orleans Pt 2 + Pt 3 / Daytrip to Acadiana) - The United States of America is a land of many great regional eats, we've featured countless amounts of them on this site. In my mind no state is more polarizing when it comes to the food it produces than that in Louisiana. Whether you're in New Orleans or out in the swamps theres dishes that scream out with everything the area is about. No other state has as unique a cuisine native to it than Louisiana. I'd hope the three separate posts from this year would at least somewhat back that argument. You be the judge. 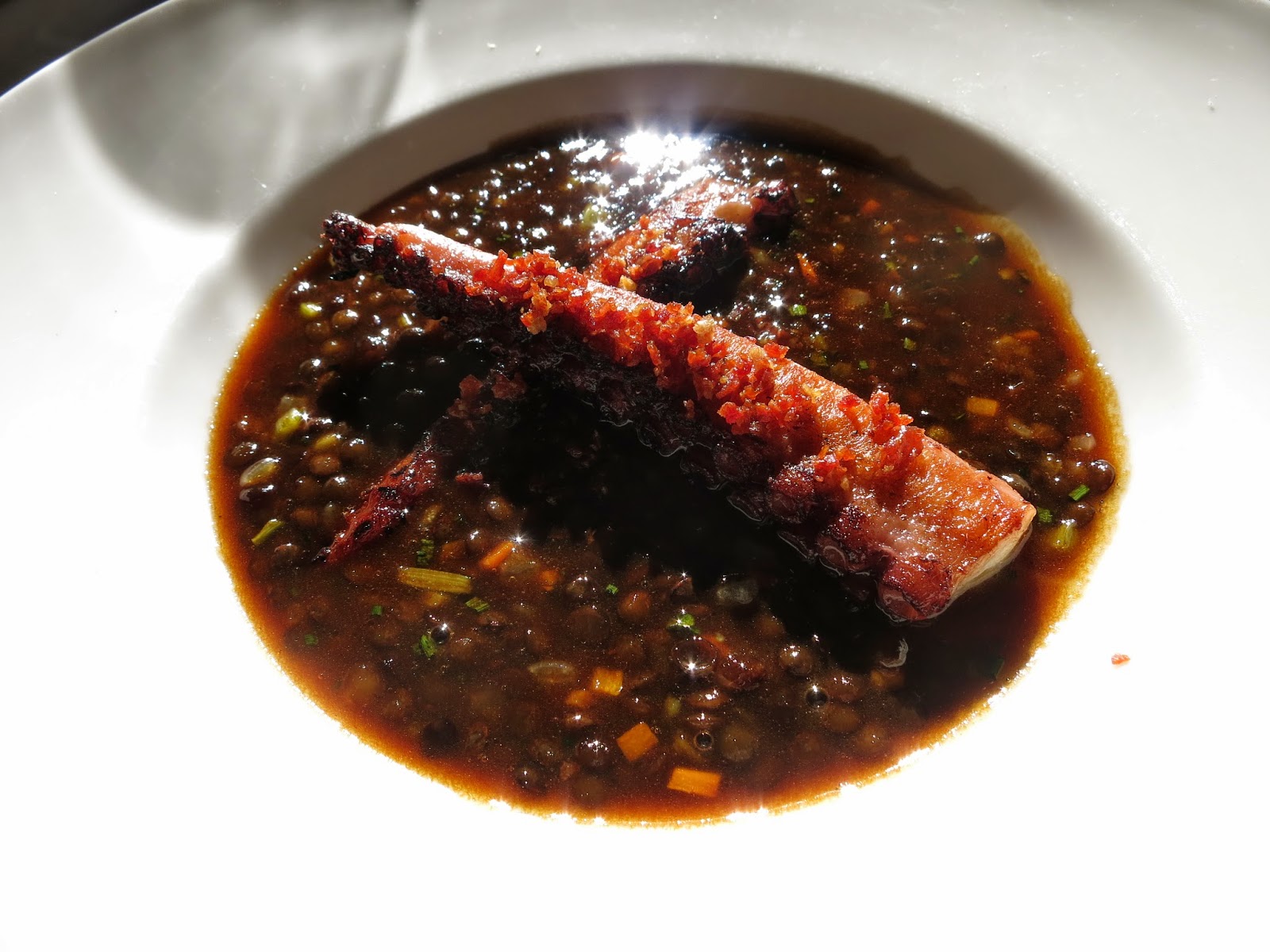 2) Logan Square Trifecta (Analouge, Osteria Langhe, The Radler) - There was a time when West Randolph was the neighborhood hot spot for restaurant openings, not anymore. Logan Square continues to expand and these three favorites that all opened this past year are proof. Whether it's the food or the drinks, all three impress and will continue to get visits from me in 2015.

1) Trip to Spain (Madrid, Segovia, Seville, San Sebastian Pt 1 + Pt 2, Barcelona) - They say pictures can speak a thousand words and I took around a thousand pics on a two+ week tour thru Spain so go ahead and check out the posts from a trip that everyone who's taken, remembers for the rest of their life. 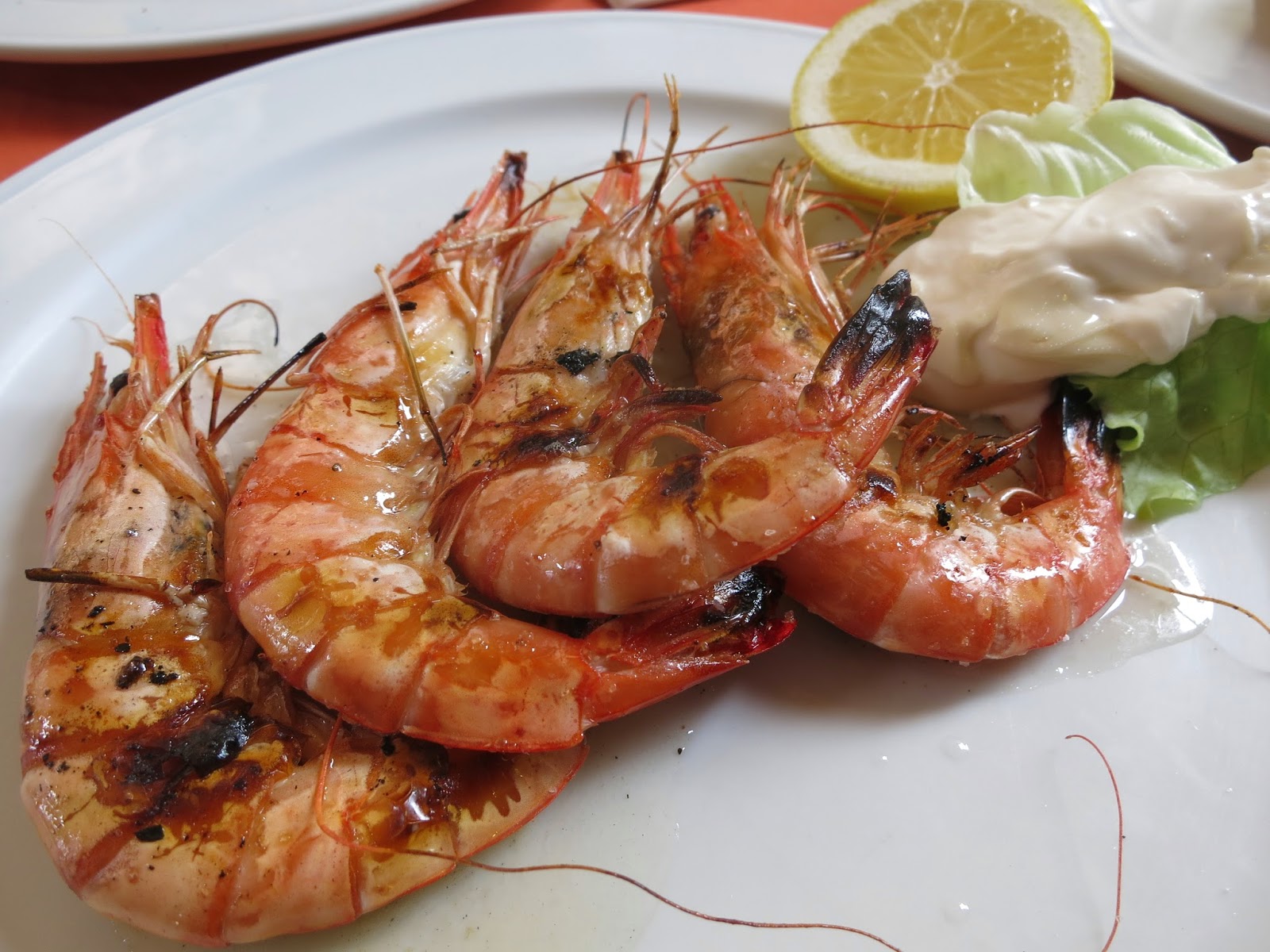 See ya next year @chibbqking
Posted by KingT at 12:00 PM