There's been so many great restaurant openings in Logan Square this past year that I've fallen behind on trying all of them. One that got my immediate attention was the Radler on Milwaukee. I guess it could best be described as a German beer hall with a modern focus on the food. They opened up in December of last year so they'll be celebrating the one year anniversary soon. 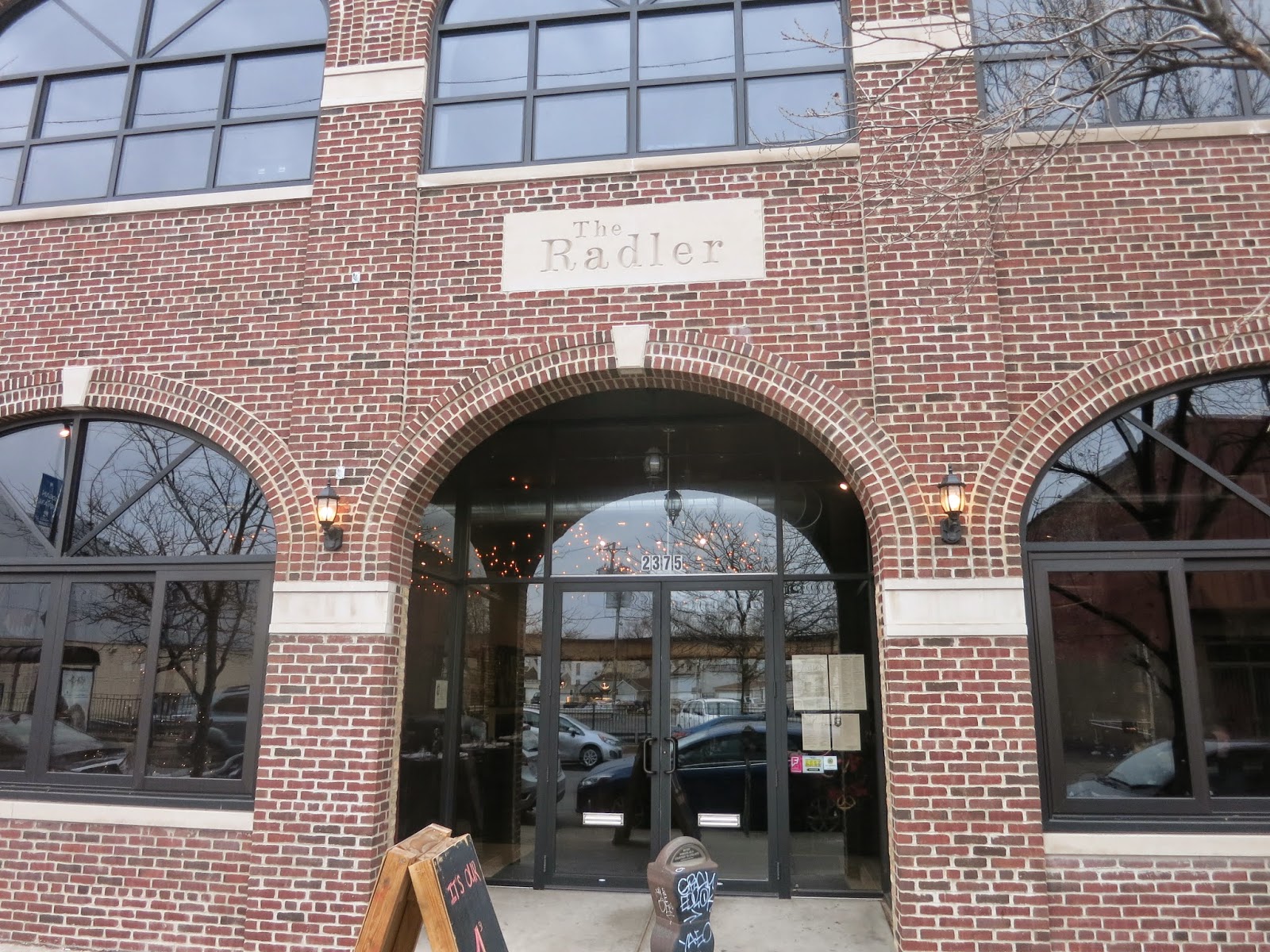 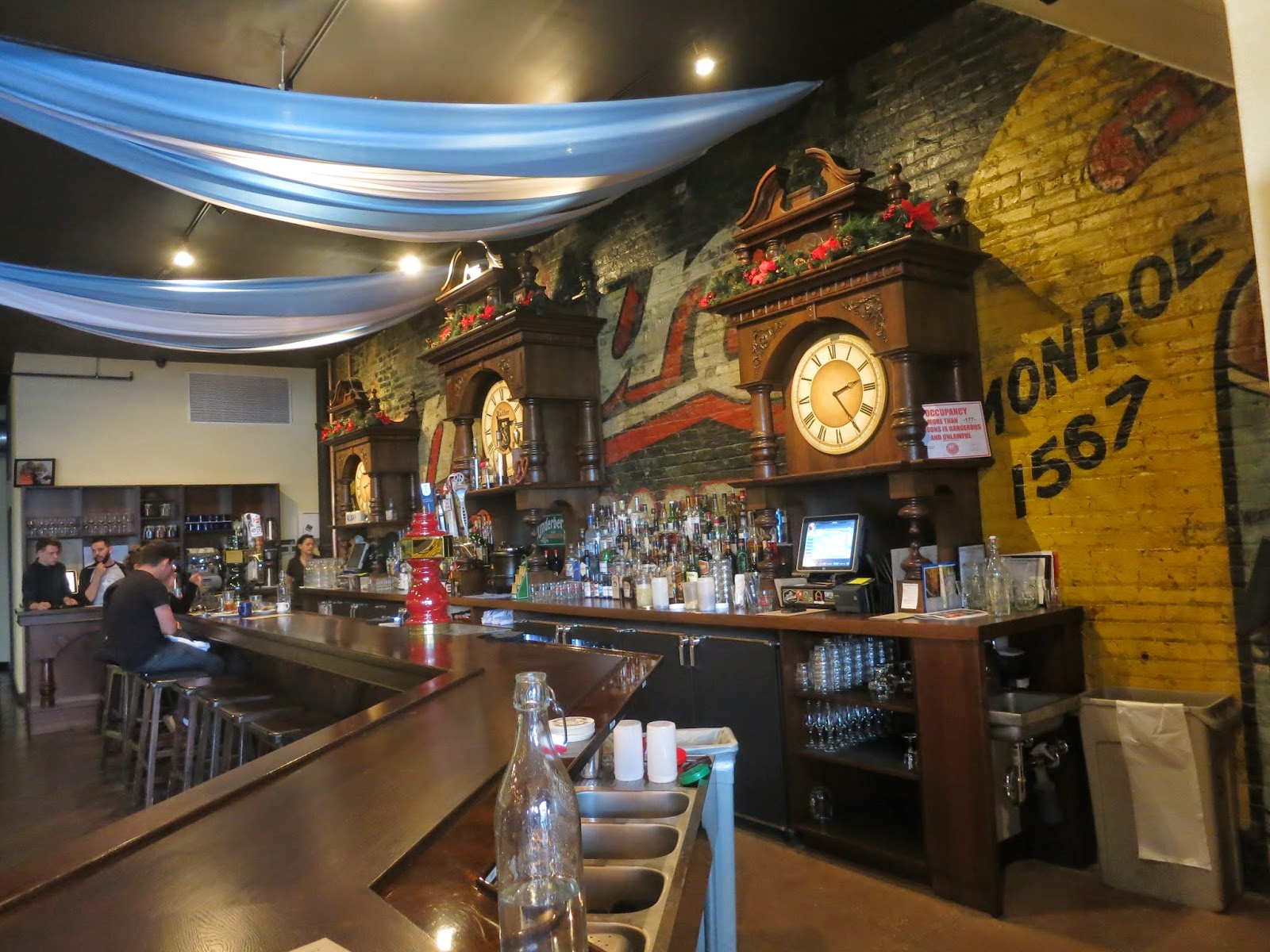 a peak at the bar

The Radler does brunch and dinner and the sections of the menu are split off amongst "The Best" and "The Wurst" with the latter being their sausage offerings while the former is everything else. I've been a few times and think I prefer the brunch menu, that and a nice cold beer when the sun is coming into the place. I must say, its been hard to venture off and try other parts of the menu after first eating their amazing smoked brisket Reuben. I've eaten as many sandwiches in this city as anyone and this just might be a top ten entry in my book. It's that good. 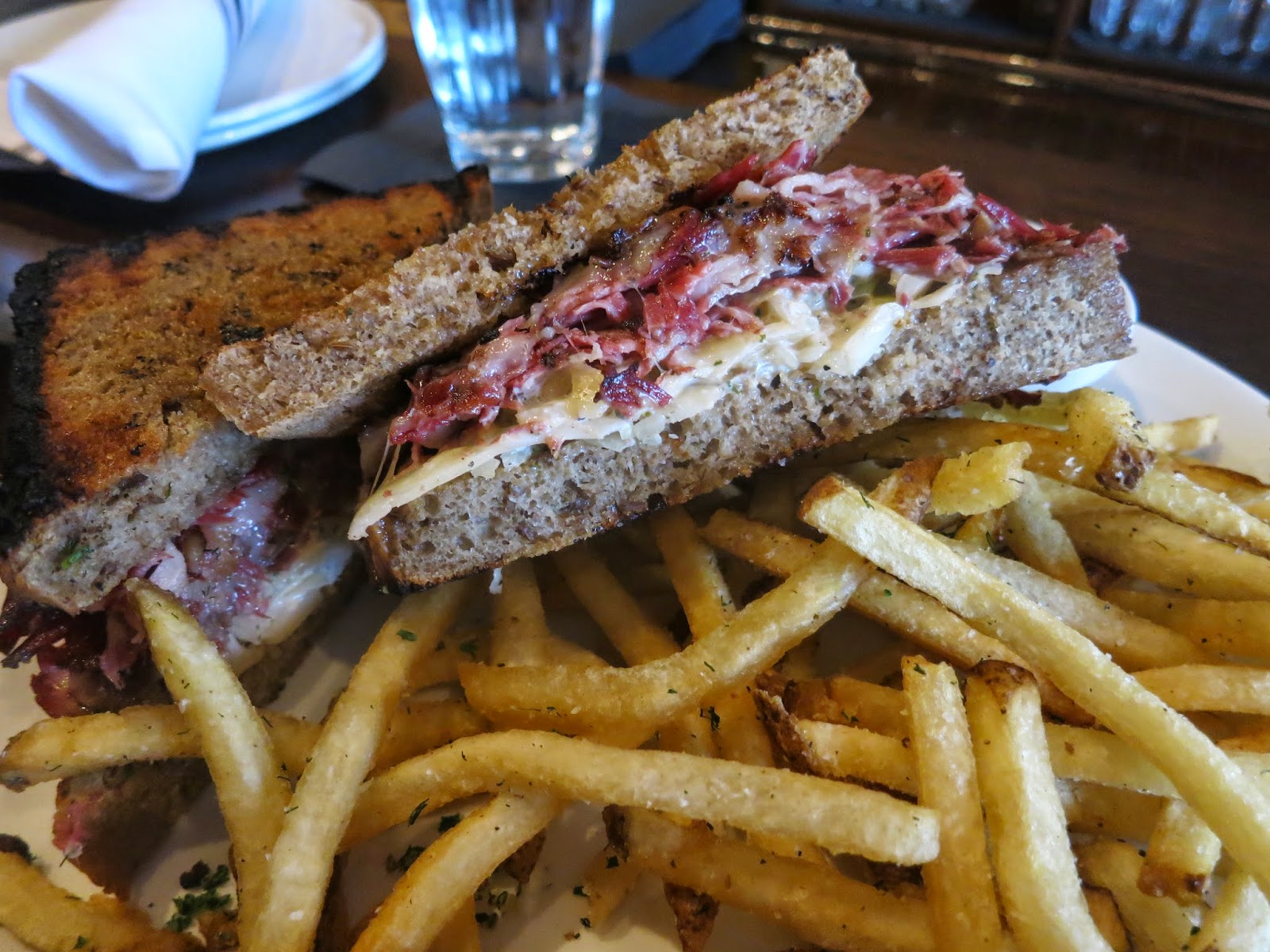 Perfectly smoked brisket is sliced thin and piled into nice locally supplied rye which is toasted to perfection. Gruyere cheese is used in place of Swiss and the homemade thousand island and house kraut round it all out. Forget the words used to describe this, just go and try it. 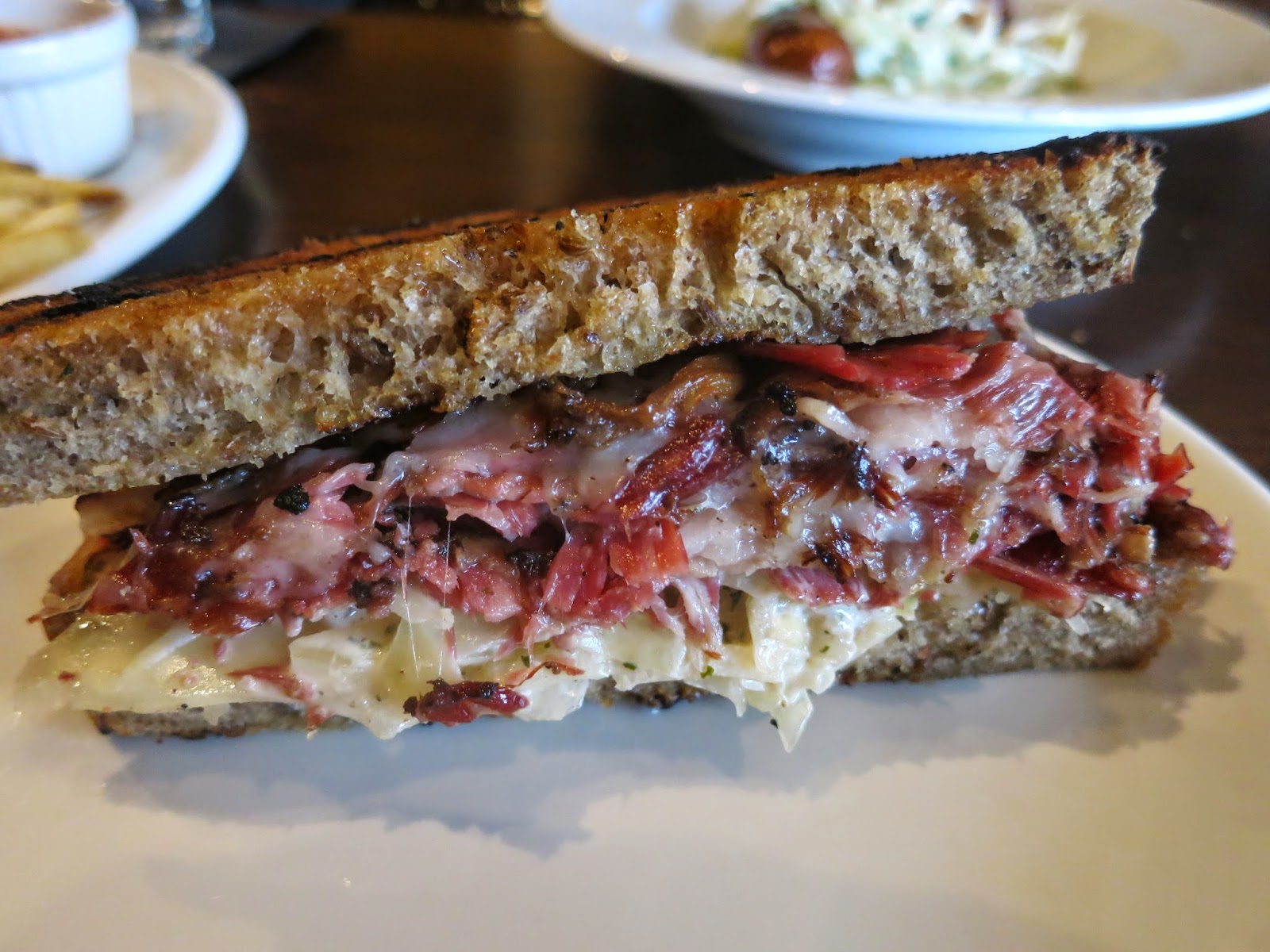 Perhaps the most interesting items on Das Rader's menus are the housemade sausages. They take encased meats to the next level by serving them with unique flavor combinations. On my most recent visit I had a grilled knockwurst with split peas, cabbage and some dill, it was phenomenal and not something I'd expect to come off a German restaurants menu. Which is why I really like this place, it's cutting edge in the sense of serving lighter, modern German food. Count me a fan. 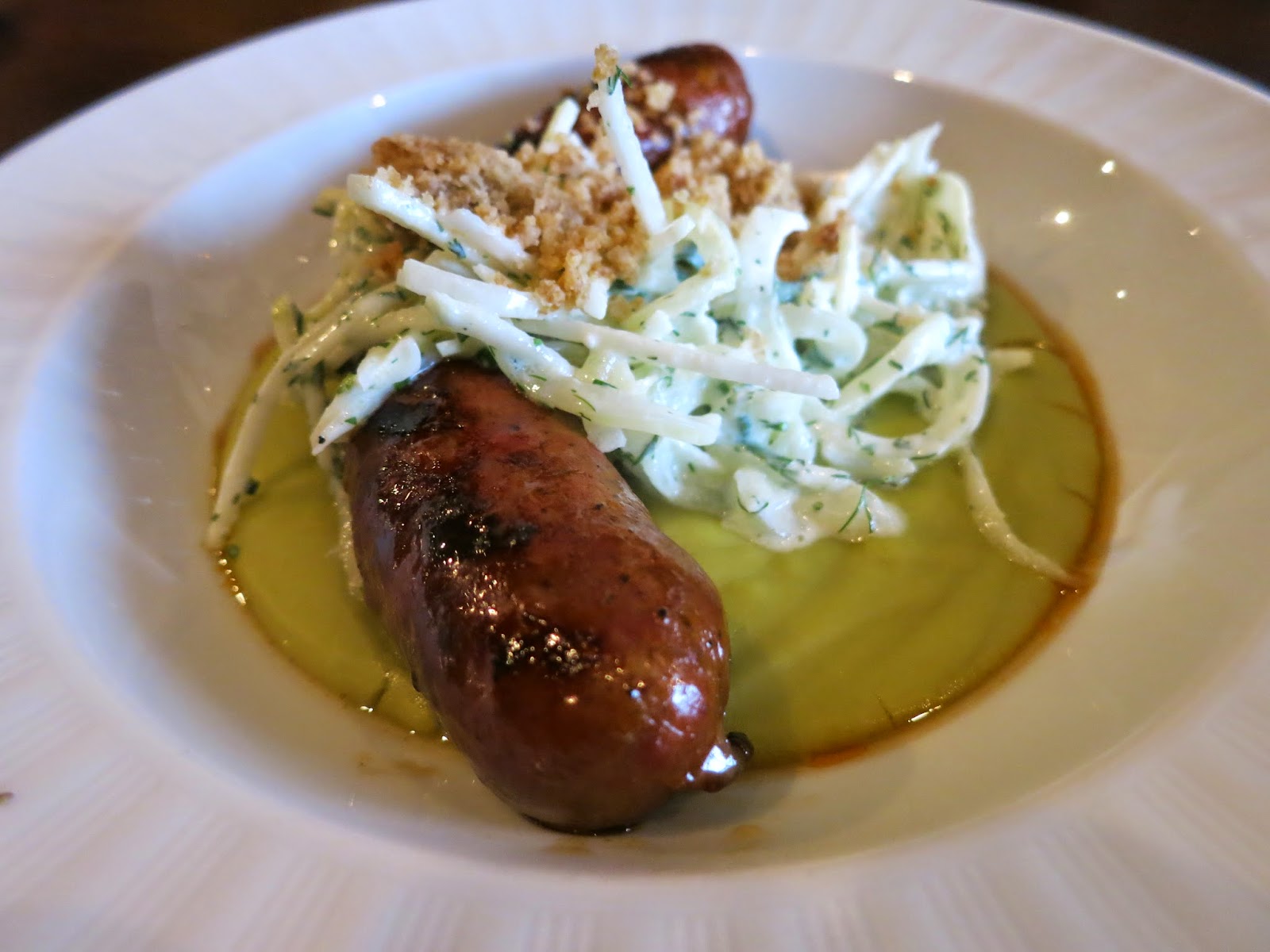