I recently had three beautiful pork tenderloins from Fresh Farms and needed some inspiration for something other than serving it roasted and sliced with vegetable sides. The thought came to my mind that maybe I could use them to make Cuban Sandwiches, Tampa style of course. Just like with sushi and steak, a Cuban sandwich can only be as good as the product used to make one. Yes La Segunda is a 17 hour (straight thru) drive from Chicago so the real deal Cuban bread is a no-go but I do believe that in the same case with making a New Orleans style Po Boy, the crusty long loaf of French bread from D'amato's does the trick better than the rest. For the ham I went to Paulina Meat Market and got their homemade sliced deli variety which was crucial but not necessary, just get the nicest stuff you can find. Same thing for the Genoa salami and the pickles which should be deli style. Don't forget the Swiss cheese and mustard. I don't have exact ingredients needed but would guess that one pork tenderloin, one long French loaf, and a 1/2 pound of each Salami, Swiss Cheese and Ham with a whole sliced deli pickles would get you four sandwiches. You'll want another so don't worry about anything going to waste. I already foresee making these again this month. 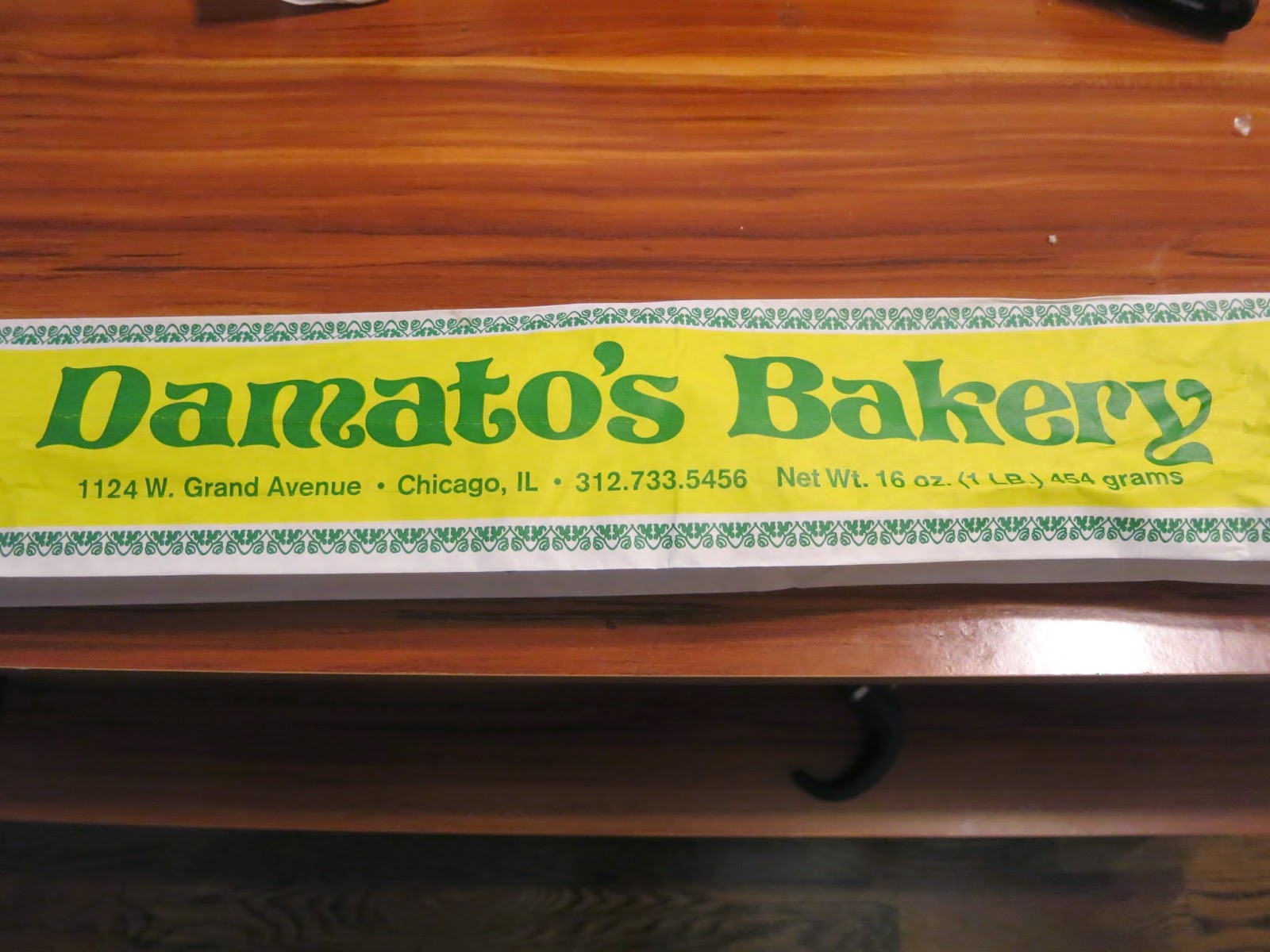 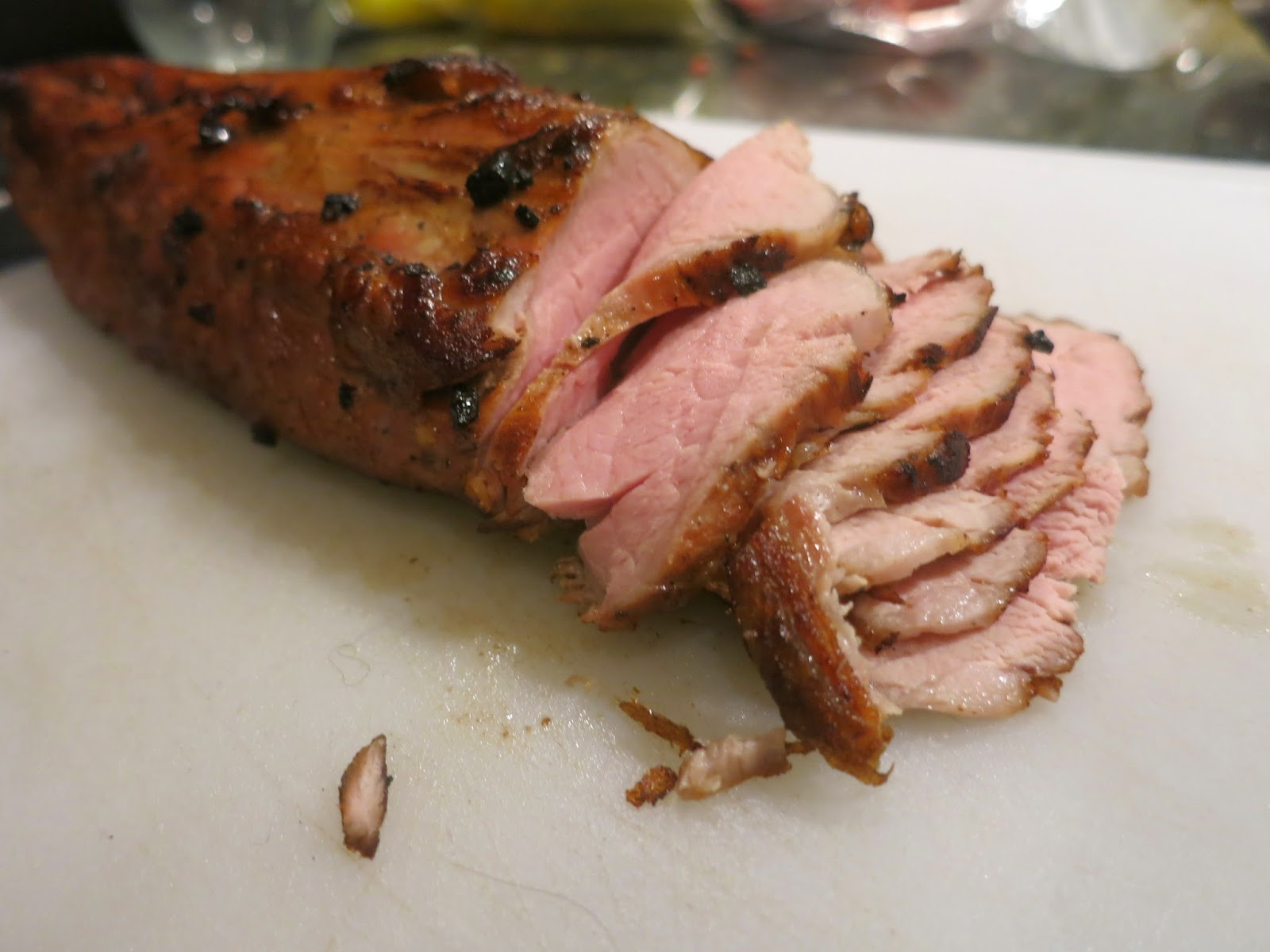 I marinated the pork tenderloins overnight in an extra potent potion of 1.5 cups fresh squeezed orange juice, 3/4 cup fresh lime juice and lots of chopped garlic/onion with a few dashes of some Mexican oregano and cumin. I seared each one separate in a smokin' skillet to brown them up before they all went into the oven at 375 for 20 minutes. Let them rest until room temp and then slice thin as seen above. There is a one by one system that should be used when it comes to building a authentic Cuban sandwich. Balance is also key. As far as tools you'll need a panini press or a big brick or two to flatten them and let that amazing flavor combination mold together while toasting. Let's roll. 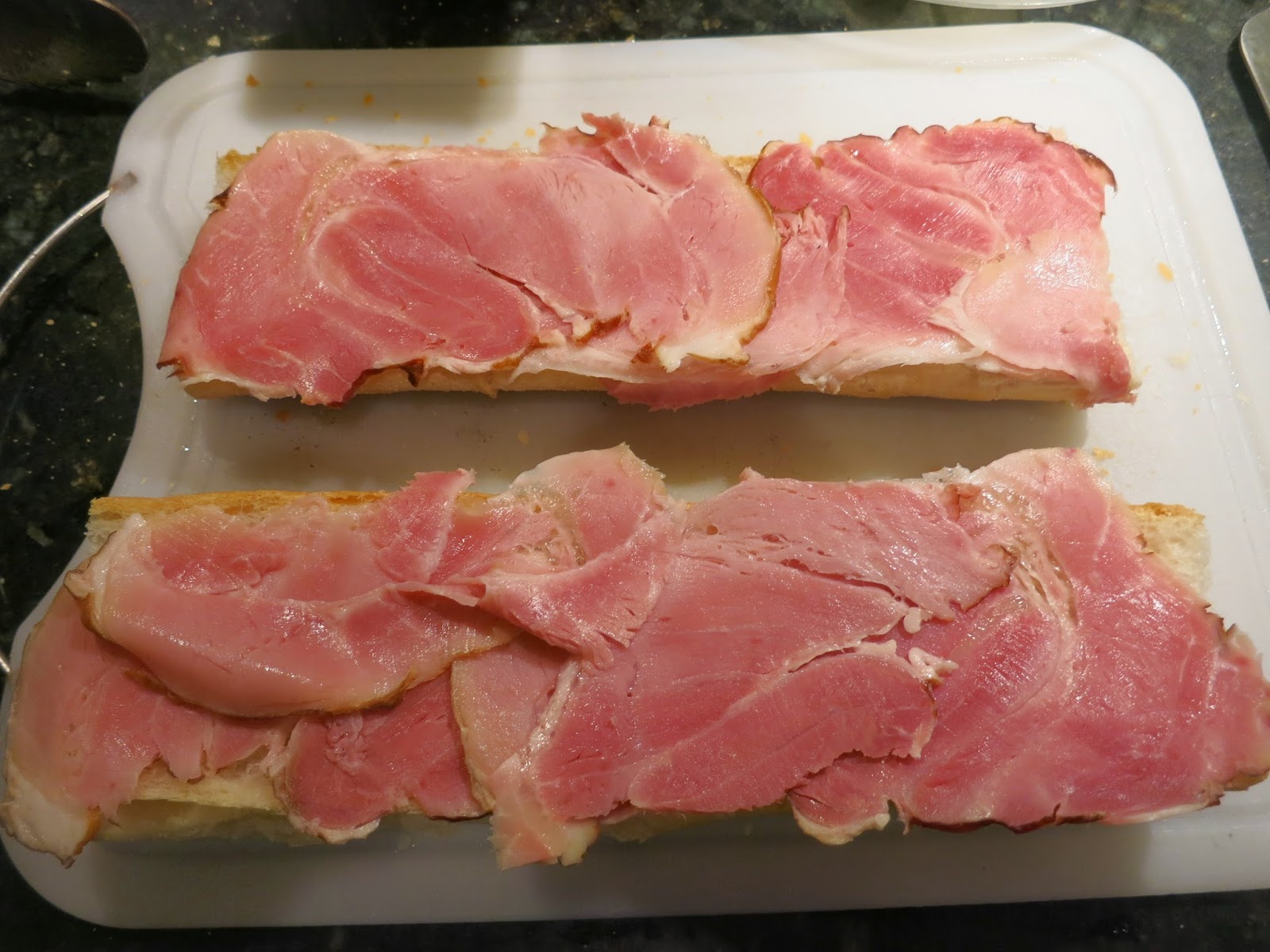 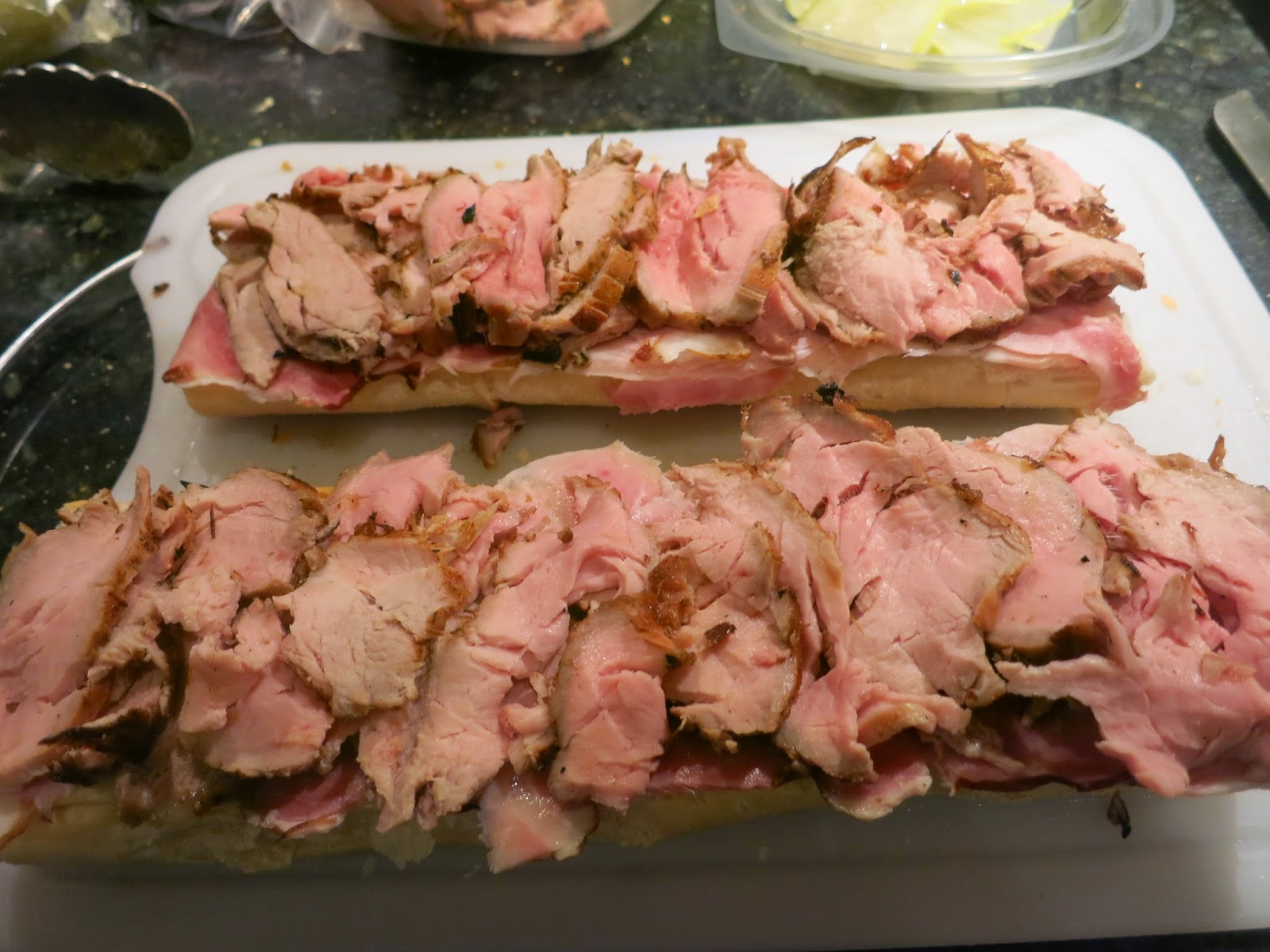 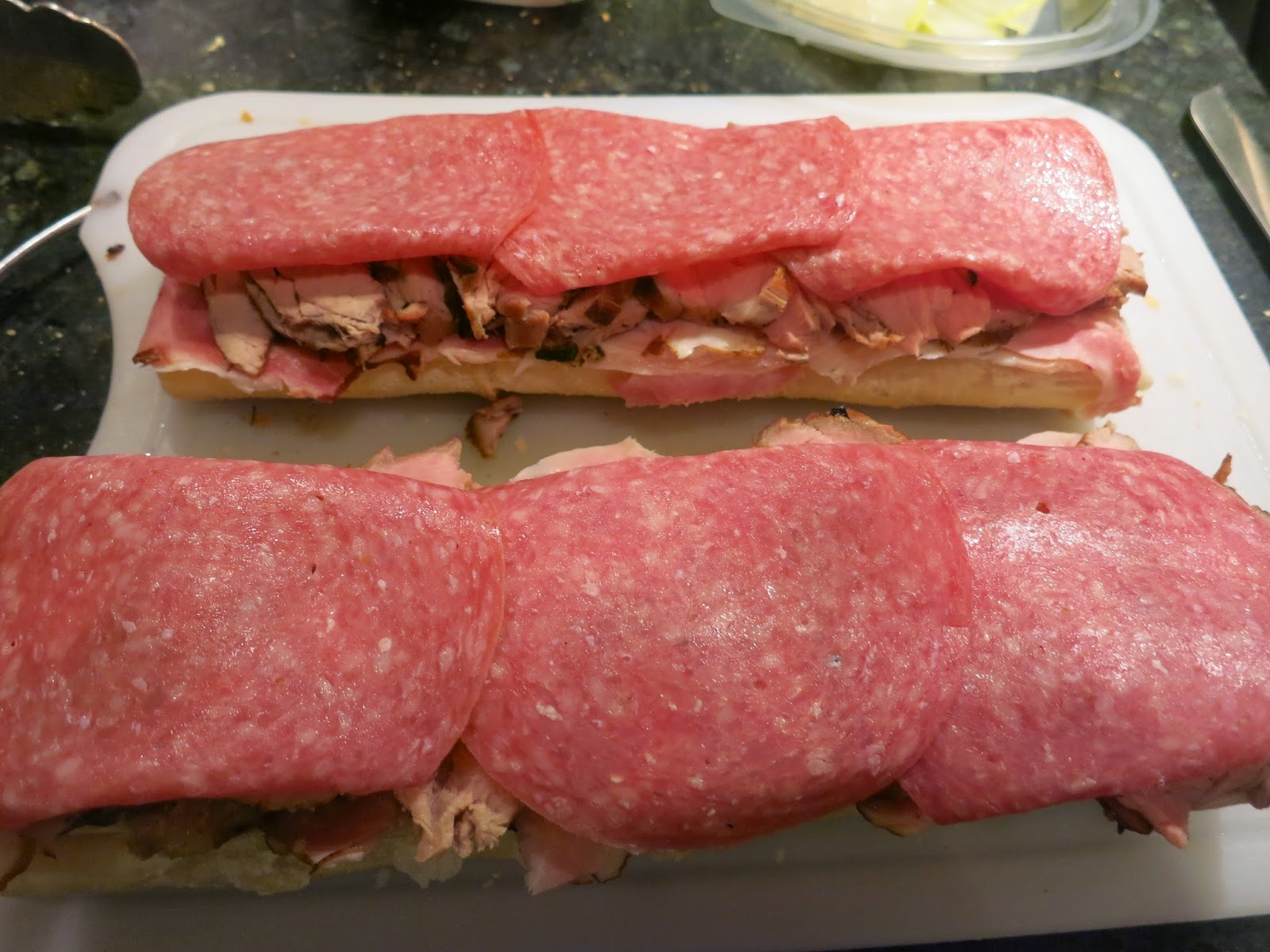 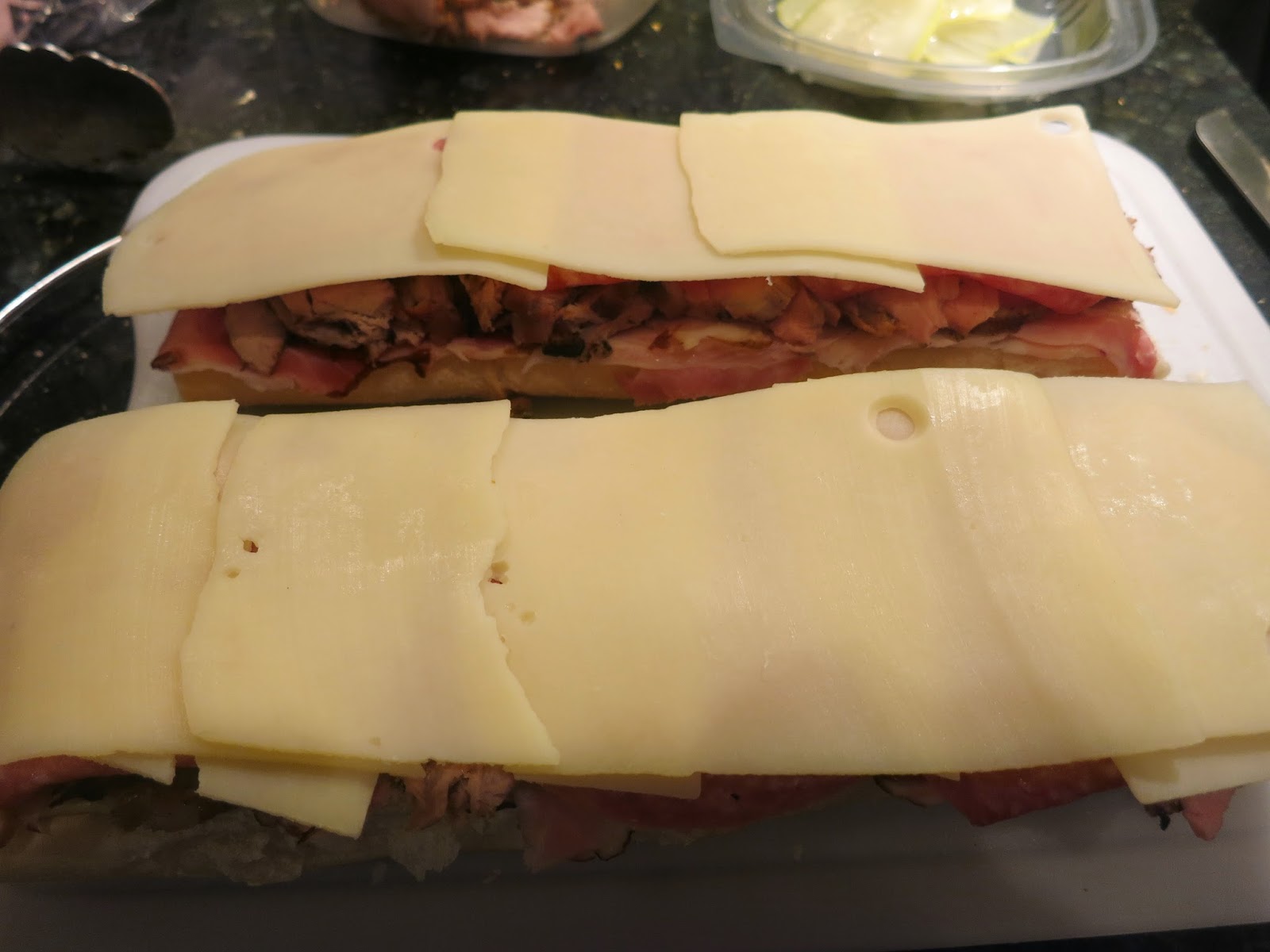 Add a layer of Swiss Cheese 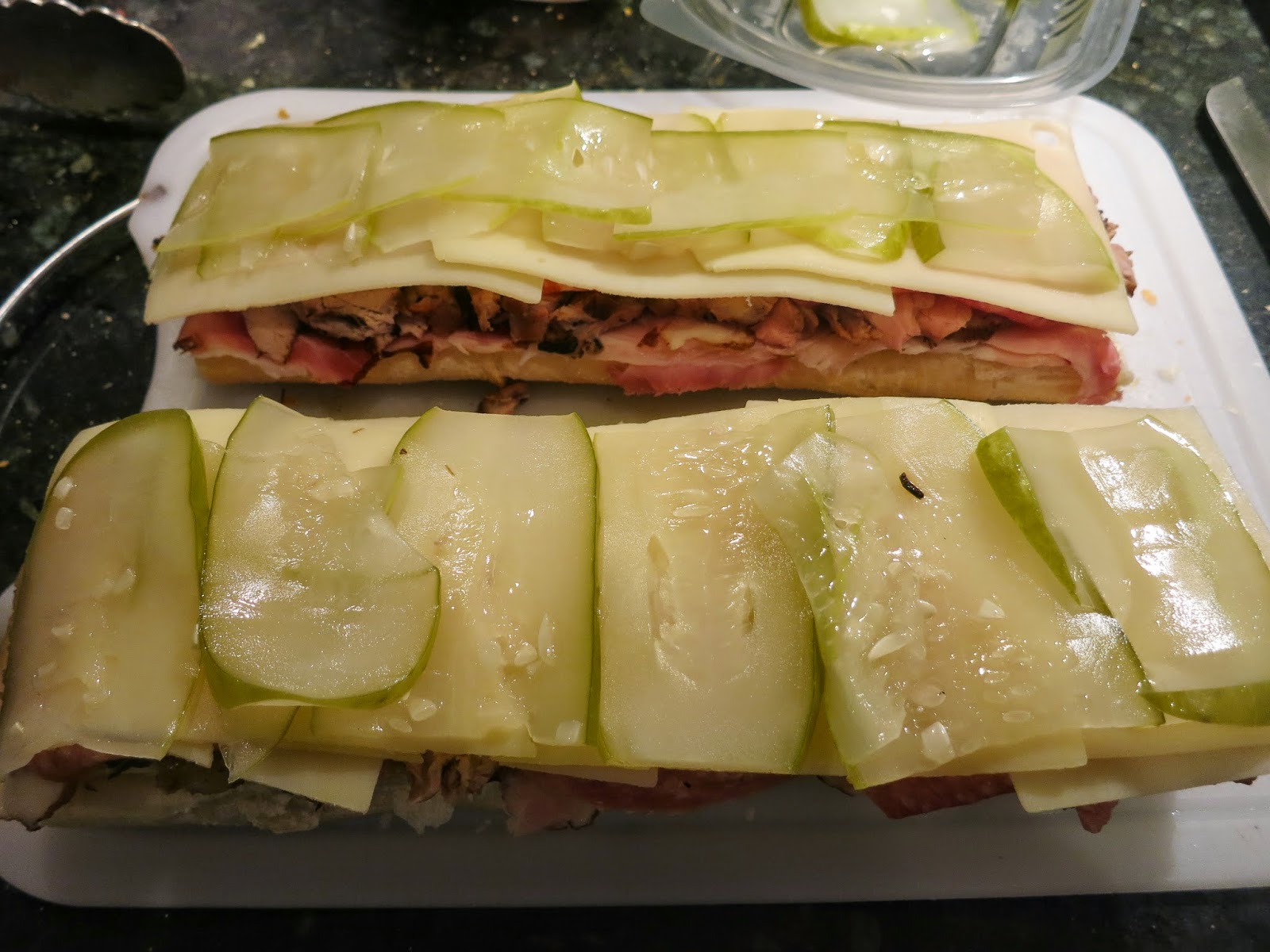 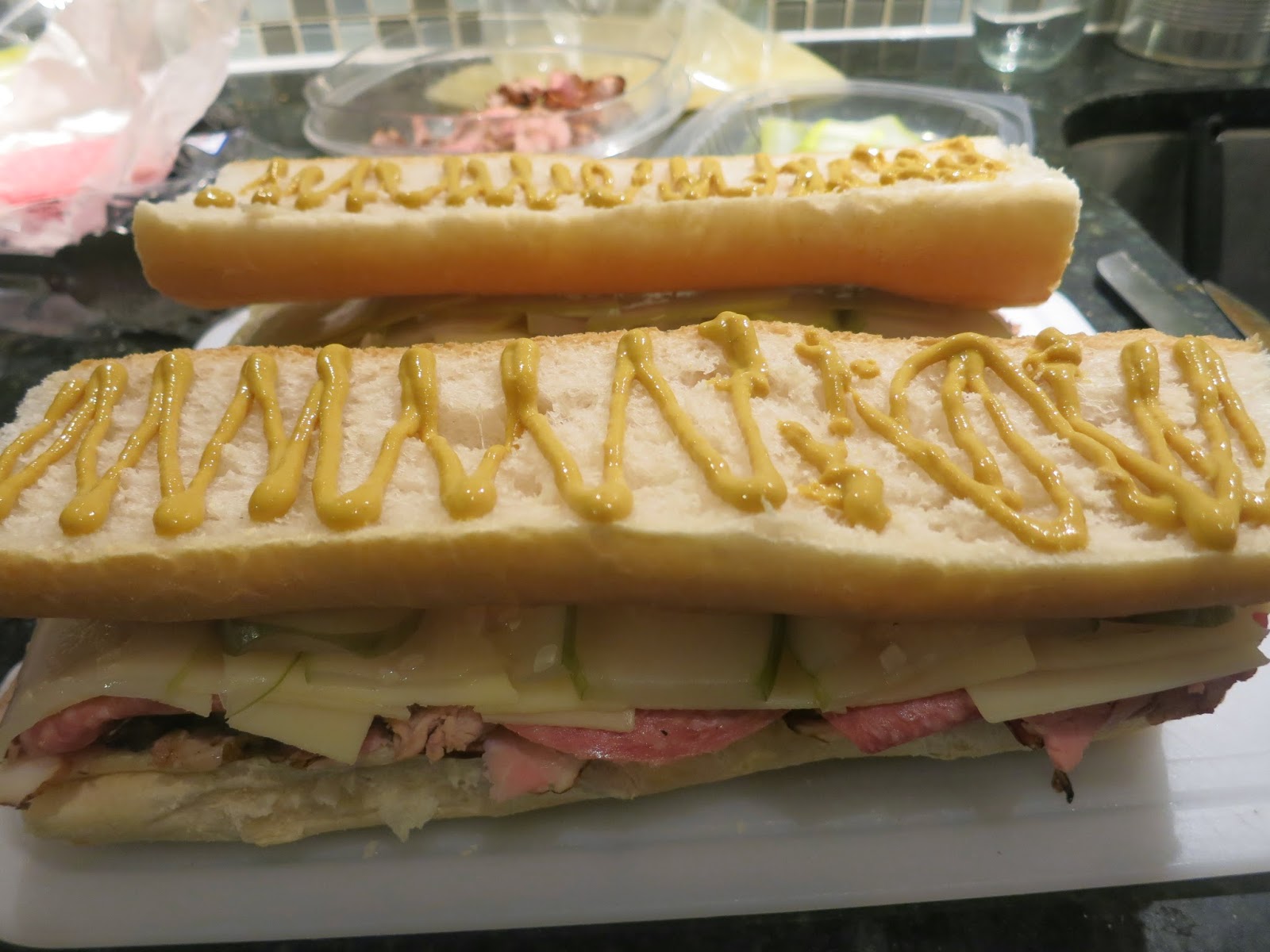 Add Mustard to the top portion of the roll, and make a sandwich with it 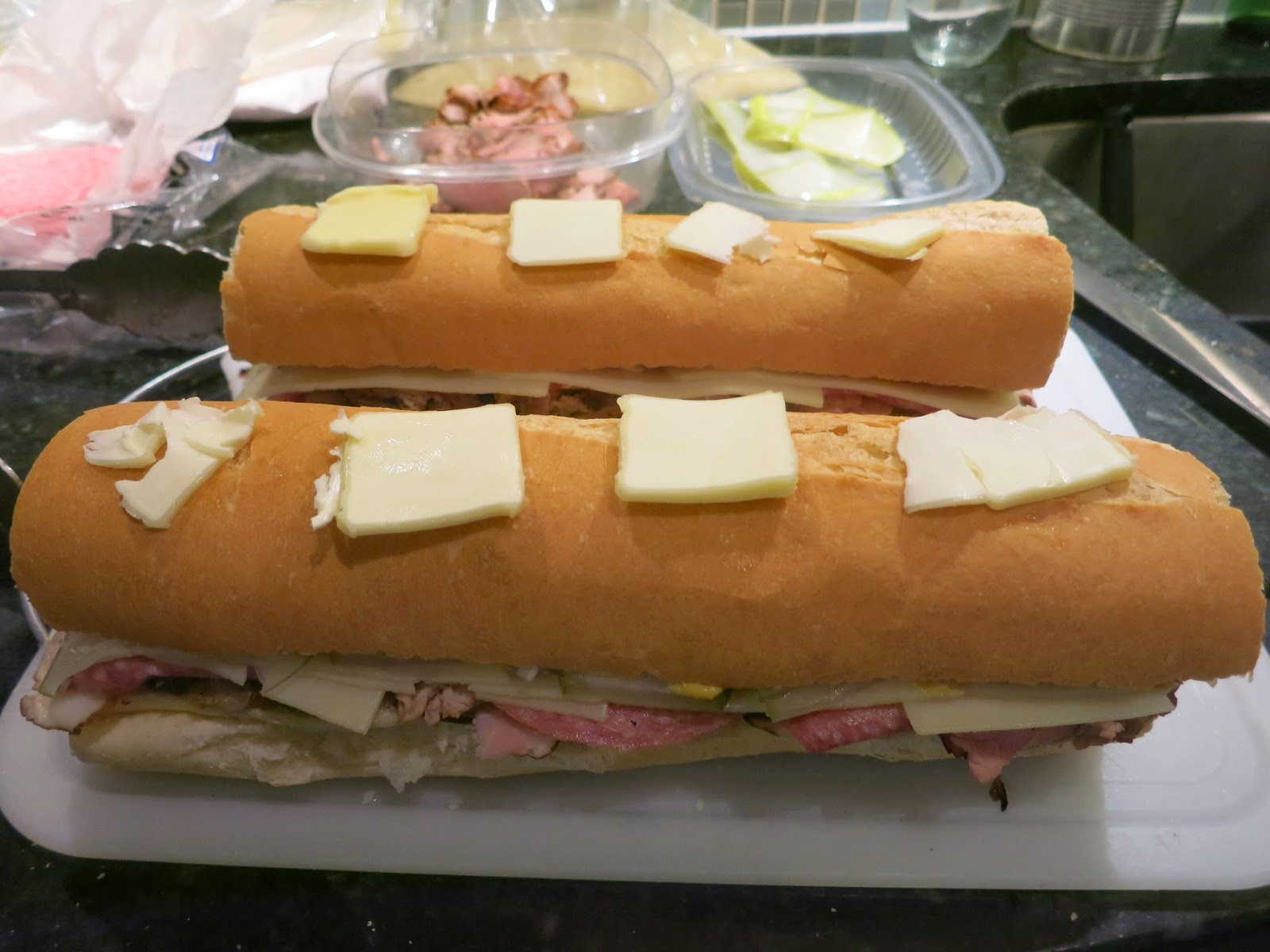 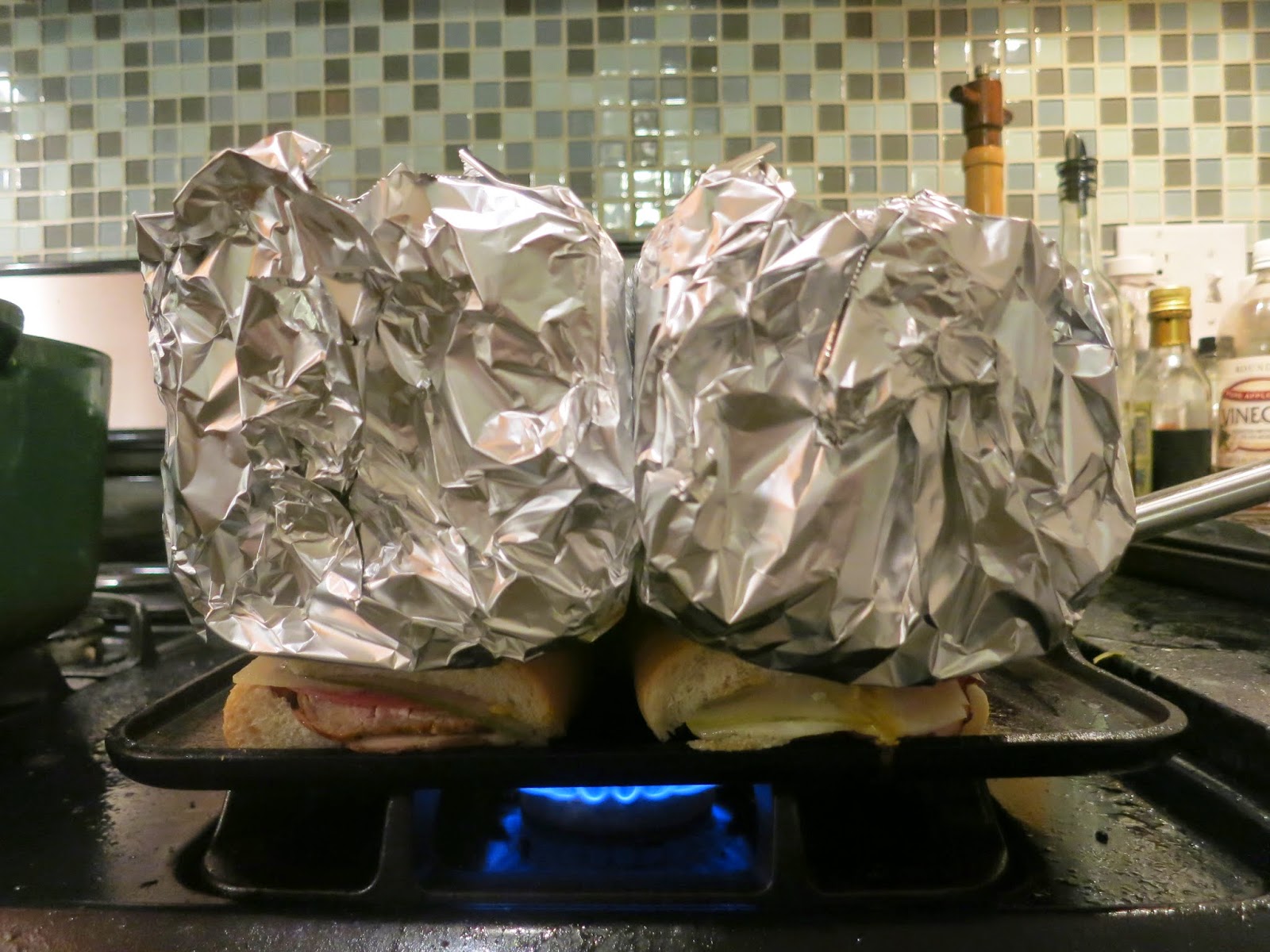 Cook sandwiches on a medium heated well buttered flattop. About 3-5 minutes per side. 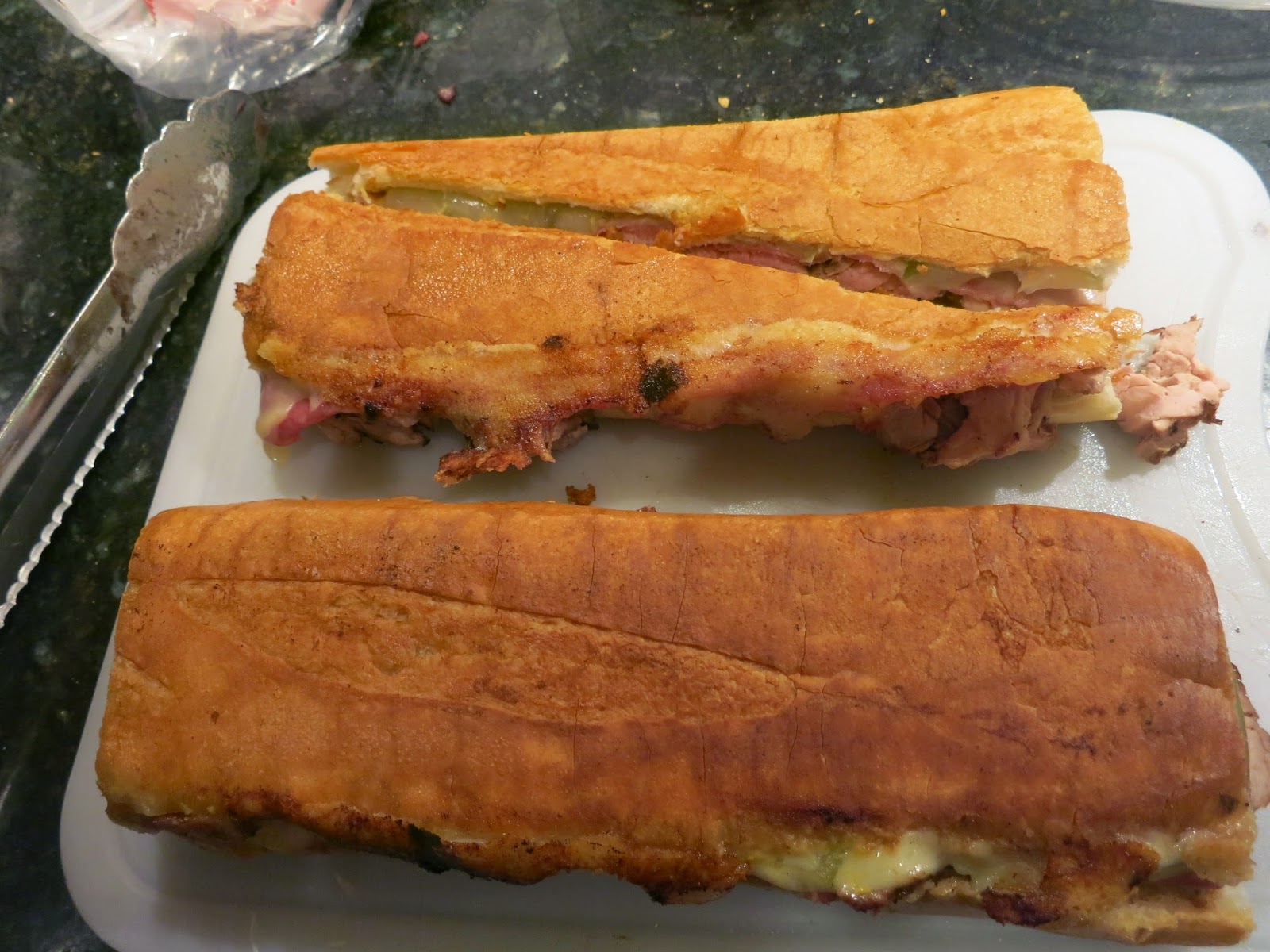 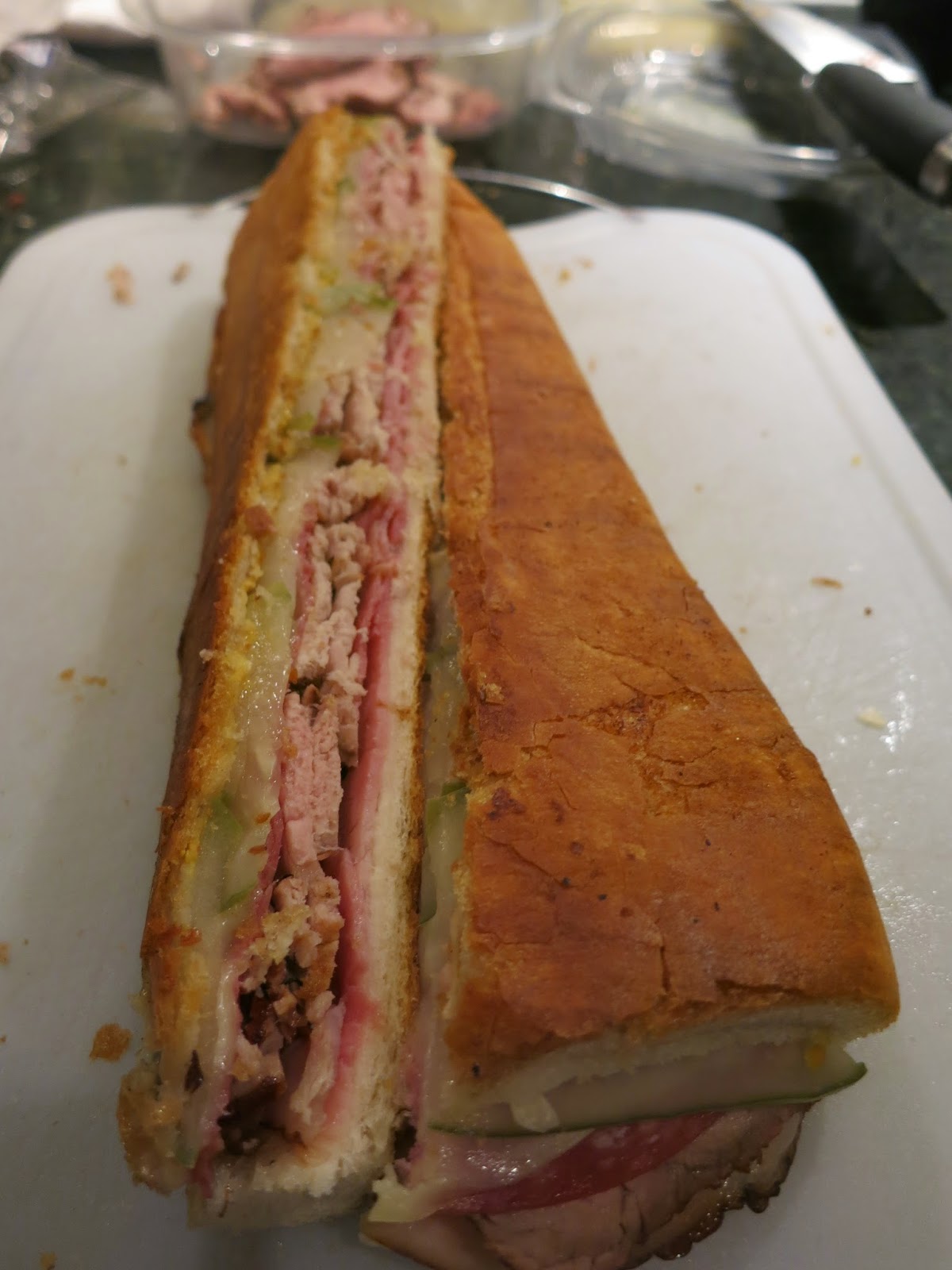 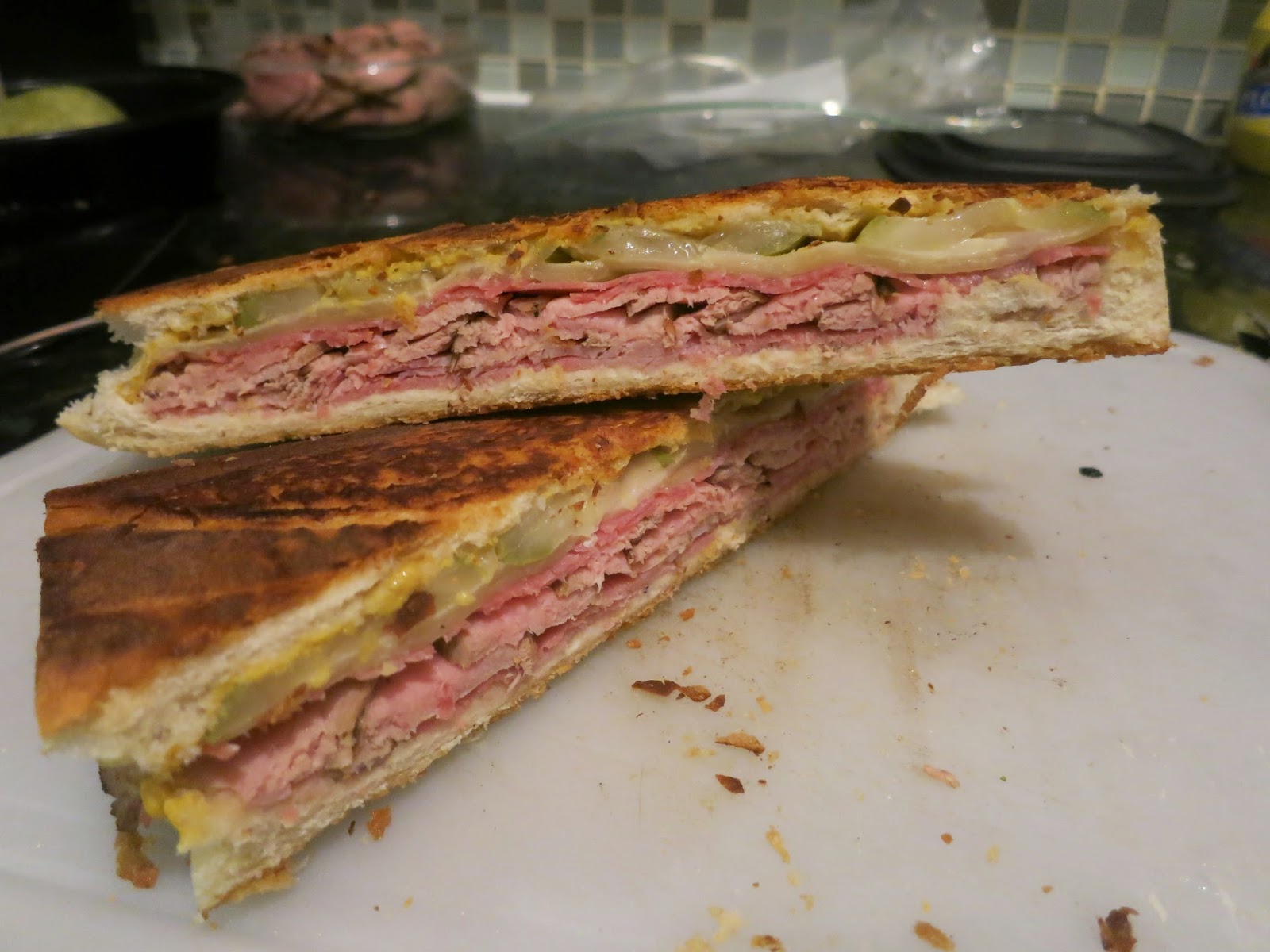 Note: If you share a passion for all sandwiches from one end of the world to the other check out the Sandwich Tribunal. A cool site dedicated to trying them one by one, in ABC order.
Posted by KingT at 12:00 PM

Worth all the effort in making this sandwich.

Start following our signals NOW & make up to 270% daily.