We're in the dog days of summer here @chibbqking. It's only fitting that during July we hit up a long time Chicago legend which is truly an All American shack. Calumet Fisheries has been a fixture at 95th and the bridge since 1948. One of the last few places in the city that takes you back to another time every time when you experience it. Not much has changed at what is now one of the few (fish) smokehouses left in Illinois. Located right at the bridge that goes over the Calumet River, it's the same bridge jumped by Blues Brothers in their Bluesmobile. Calumet was first started by two brothers and its still in the family. Spots like these were the thing in Great Lakes territories back in the day and Chicago had its fair share. Calumet lives up to the term 'house' as you can see in the pic below, it's a small shack and take out only, just like its always been. 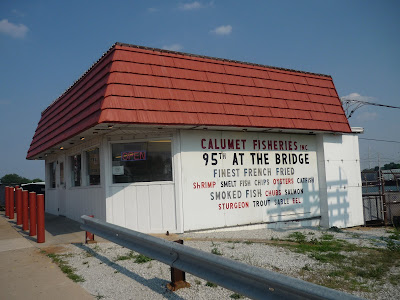 a Chicago legend at 95th (just off Ewing) and the bridge 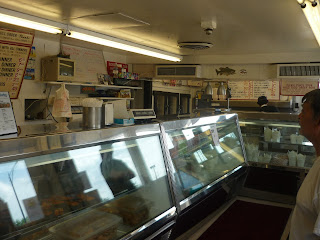 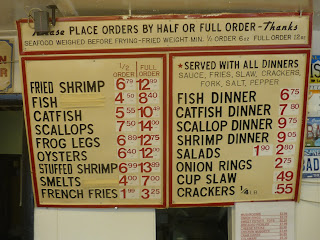 The fried part of the menu 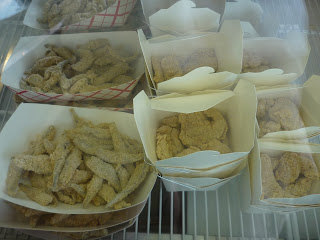 If Calumet Fisheries looks familiar and your not from Chicago nor never been, it's most likely because you saw it on Anthony Bourdain's 'No Reservations' television show during the Chicago episode. Calumet smokes fish out back in their smokehouse and it's some of the best smoked fish anywhere and generations of Chicagoan's have known this since they're youth. Calumet offers all kinds of fish smoked including salmon, trout, whitefish, chub. This is how it was back in the day. Chicago's hard working men and women, many who helped build the city would stop in and eat lunch at Calumet. No tables no bathrooms, you it right there on the hood of your car or take it back down to your boat by the Calumet River. It's said these smoke fisheries were most likely always along the river so that they could get the fish as fresh as possible. Nowadays you'll see abandoned steel mills, large empty lots from long gone manufacturing plants when enjoying your fish. A very different picture of Chicago than Michigan Avenue. These places were once in abundance around this area, Calumet lives on. 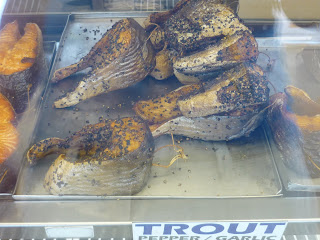 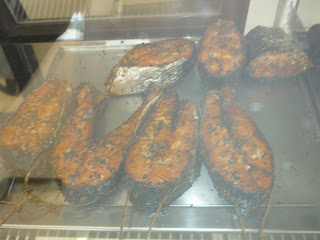 I would prefer my fish fried to smoked but there's just something about the smoked shrimp at Calumet Fisheries. Everyone should try it once. Smoked fish comes cold if you didn't know. The combo of seafood flesh and smoke makes for a really pleasant taste with a little cocktail sauce thrown on especially on a hot humid day. The shrimp are jumbo things of beauty and come in peel and eat form. Hard to pop just one, they get addicting and make for a great snack for anyone heading to Indiana or Michigan for a quick getaway or just get some and go to one of the many city parks along the lake. Calumet Fisheries is right off the Lake Michigan Circle Tour route too and a great stop on that trip. If your ever feeling like getting out and just cruising the city for some scenic views and good eats, hop on Lakeshore Drive and ride it all the way to Calumet Fisheries, it's a beautiful ride, tasty too. 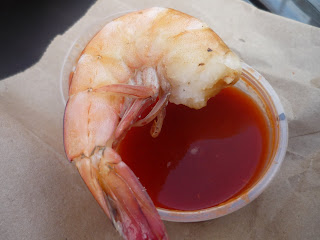 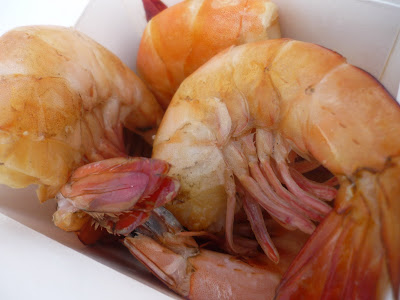 My favorite item at Cal Fish is a favorite food of mine to chow on. The fried shrimp are some of, if not the best in the city. I would put them in the starting five of 'Chi Shrimp Shacks' for sure. I like the freshly breaded light batter that makes for a perfect bite each time. As with all shrimp shacks in Chicago you have your choice of hot or mild for the sauce and they make a great hot with just the right heat and ting to it. One of my favorite places to eat, everywhere included, is Calumet. Some smoked shrimp with some fried shrimp on the hood of my car overlooking the Eastside. There's a reason this place has been around as long as they has and there's always cars parked around it when theres no other businesses near. Its real deal Chicago. Check it! 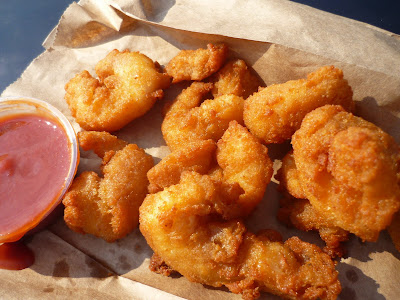