Despite going to high school at Loyola which is just down the road from Spiro's, I never went to the popular deli in Glenview. So when a food friend who's taste's and opinions I highly respect mentioned Spiro's I was kind of surprised I had never heard or been. Since that is the case I don't know much about the place except that they are a Northshore tradition and many people from the area swear by the place. It's located in a tiny strip mall on Waukegan road just off Lake. 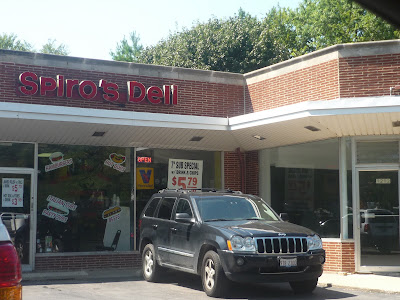 a locals favorite in Glenview, IL

It doesn't look like a whole lot from the outside and the same goes for the inside. It's basically a take out joint with a nice sandwich menu that includes but is not limited too both hot and cold sub sandwiches, Italian beef, gyros, burgers and hot dogs. Also offered are soups and salads as well as sides like onion rings and fries. Northshore Magazine named Spiro's the best beef in the area. I wasn't there for the beef with hot however. I browsed the menu and saw some delectable looking sammy's but there was one in particular rec'd by my guy from LTH that I just had to try. 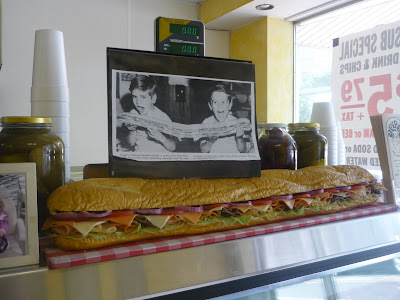 I was there for the "Bomber" which consisted of Spiro's homemade Italian beef on a sesame seed roll topped with melted cheese, pickles and onions along with the house special sauce. I don't know about you but that sounded right up my alley, so then a couple months back I was able to stop in and try a bomber. Hot Damn! this thing was a delectable mess with the beef, gravy and sauce dripping on out it was like a Italian beef with Whopper qualities but this thing was much better than a Whopper. I guess it's one of the most popular sandwiches at Spiro's and I can totally see why. I'm going to have to go get another sometime soon. 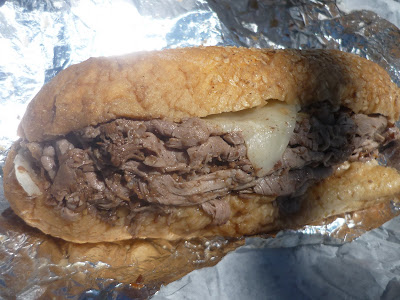