Did you know that National Sandwich Day is November 3rd? So in honor of this bizarre food holiday (does every food have its own day?) I thought we'd get another post from the S'C'&C series "Five More Sandwiches" You can click HERE for the last series of sandwiches. We go and get a different sammy from five different spots previously featured on my site. I find myself going to these five featured spots often which is why I have new pics of eats not seen in the previous threads. So here we go again, five more sandwiches from places already featured here on S'C&C wit Da King. Click the link mentioning the spot to see the previous post on that particular place. A Happy Sandwich Day to all. 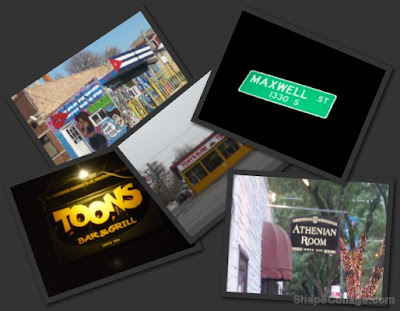 I lived in Tampa back during my first year of college and developed a deep love for its regional locals favorite foods. The most popular being all the little tiny Cuban cafe/sandwich shops throughout the area. Not only do these places have great food and coffee but they are also always full of energy and there will always be people just chilling and talking about whatever the days topics are. Whenever I want that mixed in with a great sandwich, El Cubanito is my spot. The little shack on Pulaski just past Wrightwood is one of the best sandwich shops in the city. It was jam packed on my last visit with the dude slanging the bootlegged movies inside and taking up half the space. I went with their newest available sandwich, a tripleta. This style of sandwich which means "three meats" is popular in the Latin American influenced Caribbean countries. Very good and quite the bang for your buck ($6). It was like a Cuban stir fry on bread. Next time I'll try one with eggs. 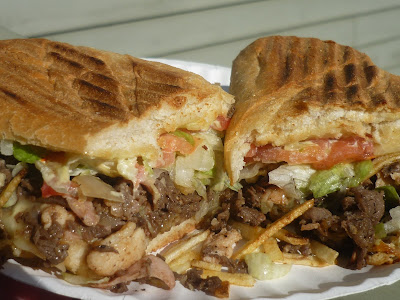 What else can I say about Toons? It's one of the very best neighborhood bar and grills in a city filled with them. However despite there being so many it seems that these spots are always lacking something or another. If they have good beer and food, the TV's might suck or vice versa, its always something. Not at Toons where the beer is abundant in selection and always cold and the games will be on, if yours isn't, ask and it will be. Then you top all that off with the food being great, bar food at its best. Since this spot is one of my hangouts and I love doing so I've ripped thru the menu but there's always something new or on special on the hand written menu of the days specials. Alot of these times the food specials will be mouth watering sandwich creations like the Georgia Reuben seen below. They take some house smoked turkey meat and pile it on some toasted rye bread and cook it up with some Swiss cheese and sauerkraut and comes with their fantastic fresh cut fries. Just add some bacon and you will be a happy camper. 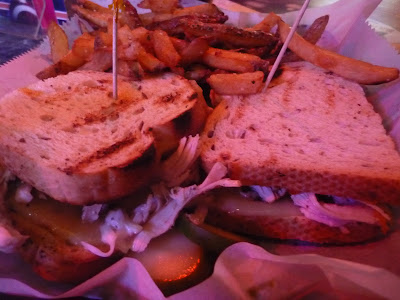 I originally tried this popular Northshore sandwich spot after reading about how it was one of Chicago's premiere chefs, favorite spots for a Italian beef. The beef was good as seen in my post on Tony's over at "What's Your Beef?" I've been back a few times since my initial visit and on one of my stops I tried their number one seller the Italian. It was a sandwich I was able to eat but I didn't like the fact they pack the meats for the sandwich beforehand in individual bags. It made the meat which was all clamped together into one slide out from the bread. I would get the Italian beef on my future visits. 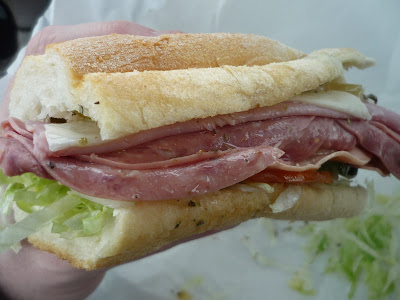 This is another spot I frequent quite often since its connected to another one of my local drinking hangouts. I've also been eating here since I was a kid and have been thru the entire menu more than a few times. In fact this is the third separate post I have made on the AR since my site started. The feta burger and gyros have already been featured. I go through different ordering phases from this place and of late I've been on the chicken kebab sandwich with cheese. Its a little lighter than some of their other selections and every bit as satisfying. 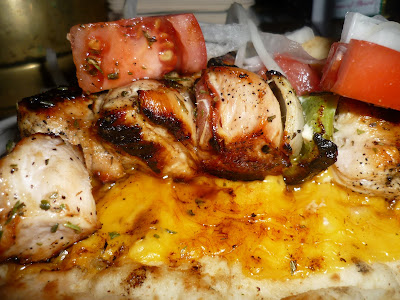 Chicago's famous combo sandwich now has a brother. I came up with this one night when I wanted the best of both stands. You see I love both the Polishes and pork chop sandwiches at both Jim's and Express. I like the all beef Polish from Jim's Original a little more and I like the pork chop sandwich from Express Grill a little better than the others. So why not have the best of both worlds?

Note: beware of the bone in da chop and watch your teeth. 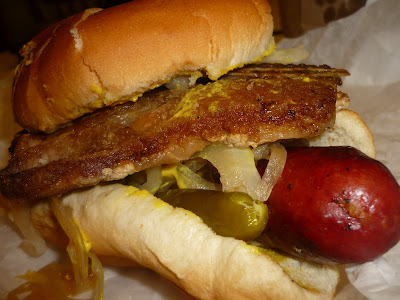 you should try the D-Man at Toon's! Limited time only!