Its that time of year people-March Madness is coming. The time when everyone becomes an expert in D-1 mens college basketball and claims to have majored in bracketology. Work offices see a steady decline in productivity as employees spend hours and hours filling out as many sheets as they can and changing the picks on those sheets up to 15 times a day leading up to the opening tip on day 1. While work firms see a decline in numbers the bars see a major rise throughout the month of March with the help of the tourney and warm weather for the first time in months. Not to mention the Sportsbooks, March is the biggest month of the year for them and people need a place to get a bite to eat, drink and watch the teams they picked bring them one of two things: joy or sorrow. Is there a better time of year in the sports world than the opening round followed by round 2 in a four day span? I don't think so. Its non stop basketball from Thursday to Sunday and the time when we see most buzzer beaters. I told you where to go if you want the best chicken wings at the bars and now I will share with you a little secret on where to get the best bar burger in the city. Except the bar you eat it at doesn't serve any food and its an Irish Pub not a sports bar and where the burger comes from they don't have any TV's or drinks. Huh? 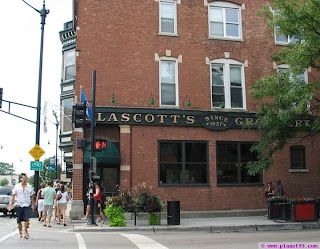 The combination of Glascott's Groggery and Athenian Room is one of the most successful marriages in the city. Glascott's is one of Lincoln Park's oldest drinking establishments and first started quenching the thirst of working Irish immigrants in 1937 and its been all in the family since. It is one of the few spots in Lincoln Park that caters to locals, regulars and the younger crowd. You wont find a better bar in one of Chicago's most storied neighborhoods. For a small time during the late 60's and 1970s the kitchen that today is used by the Athenian Room was the kitchen for Glascott's. The bar kept a very limited menu and the people who ate there usually did so as more of a convenience since they had been drinking. The kitchen was more of a headache than a money maker and after a couple of small grease fires the Glascott's decided to stick strictly with booze. 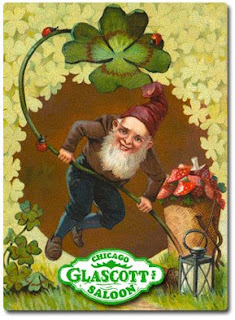 About 1971 enter Alex, the owner of the Athenian Room started serving his classic Greek fare as a small counter top operation by renting out the kitchen and what today is the waiting area. Alex then blew out a couple of walls and made the Athenian Room the sitdown joint that it is today. The bar then rents out the building to Athenian Room with a stipulation in the lease that the AR cant have a liquor license and Glascott's wont start serving food. It works out perfectly as Glascott's has a fully stocked bar with a great tap selection as well as mixed drinks and a couple wines and Athenian room offers up Greek food that works perfect as bar food. Even better is the fact that both the bar and restaurant have prices that make them the best in the neighborhood. Technically Glascott's or the combination of the two makes for the best bar food in the city. The bartenders are fully capable of pouring a pint of Guinness properly stored at the right temp and the other beer is always cold and mixed drinks contain more than a shot. Meanwhile the cooks manning the grill over at Athenian Room can pump out some amazing items like skirt Steak Alexander, char grilled burgers, gyros, pork and chicken kebabs, Athenian chicken and those legendary steak fries covered in the secret sauce. There isn't a bad item on the menu but the burger is the best bar burger in the city. The fries are the best fries in the city that don't come from a fast food type place. 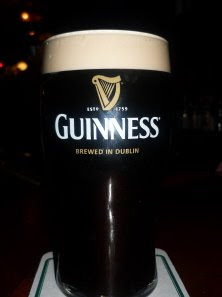 If your looking for a place to get a good bite to eat that isn't $15+ and drink some cold brews that aren't $5+ and watch the team you just layed your savings account on play then Glascott's is the spot for you this tournament season or any televised sporting event for that matter. Since Glascott's is a great spot to watch a game on one of the 6+ flatscreen TVs and the fact that they cater to the sports fan it would be alright if the food at AR was just ok. But the fact of the matter is you wont find a better burger and game viewing beer drinking combo in any other bar in Chicago. Its one of my favorite burgers in the city no matter what the category. You get a nice half pound patty that's char grilled and comes with either cheddar or feta. I always go feta and the combo of the char grilled beef, cheese, fresh onions and tomatoes and tsatziki on a sesame seed bun is perfection. 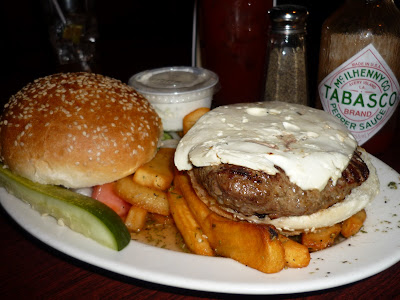 Other bars wont have the games on or could care less about them and the special will be $6 Coronas and $8 Long Islands while the ones that do have the games on and a menu will be packed to the brim with recent grads eating crap drinking big cups of cheap beer that's getting spilled everywhere including on you. Since everyone is drunk and young the bars could care less about the food quality and most in the area pump out straight garbage while the ones that are good will cost you $20+ for food alone. That's why its best to let the bars handle the spirits and the restaurants handle the food.

I love your site...well put together! I respect the food blogs as I have one myself. :)

I will pass this blog to many people. Definitely a good blog is very good. Thank you for sharing. 온라인경마

I think it should be a good opportunity to get feedback from others who are experienced. 바카라사이트

I am aware that people like you, are naturally intuitive, resourceful and already have the ability to heal yourself and transform into the person you want to be, you just need assistance to tap into your own resources. 사설토토