-Lunch under $6 so you don't gotta eat at Subway

Oh my God! guess what? The Subway $5 for any footlong promotion is back...and so are the annoying commercials that come with it. Don't waste your time and be sucked in and settle for debris when you can get way better for the same price with a little bit of knowing where to go. At the corner of Southport and Grace is El Mercado food Mart, a little corner grocery store specializing in South American goods. Its great that the little corner shop has withstood the redevelopment of the Lakeview neighborhood and the 4 or 5 Subways that are scattered about it. 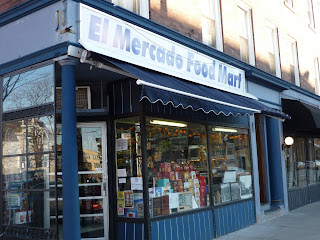 I imagine that this is what alot of local grocery stores are like in neighborhoods around towns and cities in Argentina. They have a fully stocked meat case tended by a real butcher with great cuts of beef and homemade sausage. If you need any type South American ingredients you will likely find them here. One of the most popular items is the homemade chimichurri sauce available at the butcher counter for a ridiculously low price. Here's a little secret, its the same sauce that the popular Argentine steakhouse Tango Sur next door uses. They offer fresh baked empanadas and other South American bakery treats. The pop selection alone is enough to make you think of all the pop, soda, cola whatever you wanna call it out there in the world that you haven't tried. Even better is the fact that there is a Jewel right down the street and although they don't carry as much as Jewel, seeing as it's much smaller, what they do carry is better than Jewel's selection in both quality and price by a longshot. I am told that they carry the largest selection of Yerba mate in the city if that's your thing. I bet whatever mass produced chimichurri marinade Jewel sells is triple the price of the homemade authentic jars at El Mercado. Seriously if your making lunch at home get a jar of this stuff at $2-$3 and make some pasta or grill a piece of beef or chicken and a side and it will still be cheaper than going to Subway. 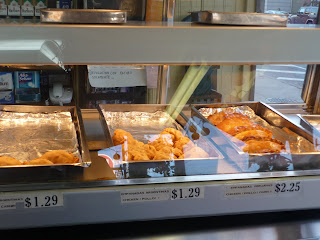 The empanada case upon entering 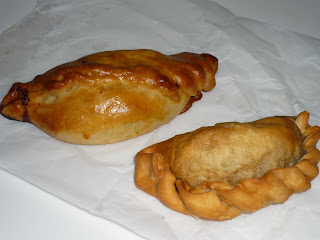 I have been a frequent visitor to El Mercado grocery and meat market in Wrigleyville for a few years now. Its a great little neighborhood corner grocery that has withstood the local development of every franchise out there and its one of a kind in the area and these are the places I love. When you first walk in the smell of the fresh baked empanada's that sit on the counter hit you in the face in a oh so good way. These little guys are a steal at a little over a dollar each. I'm partial to the Argentinian beef one's that come with ground beef mixed with onions, raisins, green olives and a slice of hard boiled egg, try finding anything this good on the McDollar menu. When you walk out the door you got three empanadas of choice and a can of pop for under six dollars. El Mercado has the largest selection of bottled pop's and drinks from all sorts of Latin American country's that I have ever seen. One of my favorites is a canned pop simply called "watermelon" I have no idea about it because the label tells you nothing. Great snack to bring in with you to a Cub's game if they still allow food from outside, I cant remember. This is one of my frequent stops during summertime for grilling material and a quick cheap bite that tastes good. 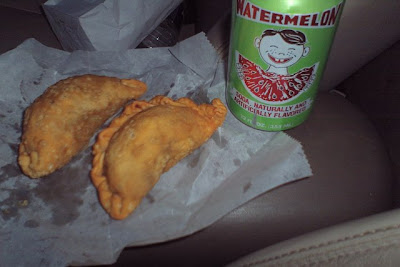 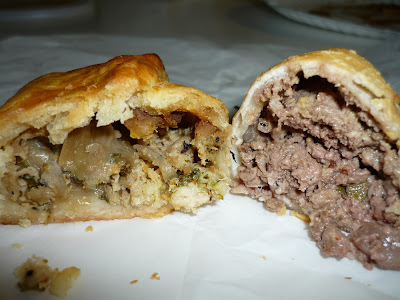 way to make me drool at 9am.

haha...never look at food sites on the internet unless you can get up and eat...its torture.

Love this place i grew up on southport i attended Blaine Elementary School i was close friends with the kids of the owner of this store so believe me if those empanadas were good then and fyi they were $0.75 cents then they must be super now! This store is a part of my childhood we are talking 1990's man its great to know that this store is still standing strong im going to get me some soon! Wow