We went North to Murphy's and then south to O'Malley's and now we end with a place both Cubs and Sox fans can agree upon. The newly opened Redhot Ranch located on Western ave. in between Fullerton and Armitage is a second outlet from the owners of White Sox Fans favorite and a previously featured joint on here...35th st. Red Hots. The original (35th st.) is located a stones throw from The Cell but the newly opened Redhot Ranch is on the Northside and sits on Western which extends from Evanston all the way south to the far suburbs. Aside from the name, nothing is different as far as the Original and newly opened outlets go. Both spots serve one of if not Chicago's best hot dog along with their addicting fresh cut fries loaded on top. 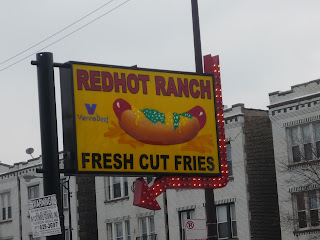 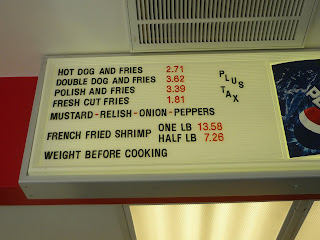 Unlike the last two joints (Murphy's & Morrie O'Malley's) up to bat in the order Redhot Ranch does the original Chicago style aka the "depression dog" or "the minimalist" and they come with mustard, relish, onions and sport peppers served on top of a Vienna Beef natural casing hot dog stuffed in a steamed bun and loaded with freshly cut in house fries on top. Other options available are Polish Sausage and French Fried Shrimp. I think it was Anthony Bourdain who said "You pick sumthin and you stick to that and you do that good and perfect that" that's exactly what they do at Redhot Ranch the same way its done at 35th. The fries are put thru the fry machine multiple times a day and the shrimp are shelled and deveined on site and coated and freshly fried when ordered. Its the classic example of an old school Chicago hot dog stand. 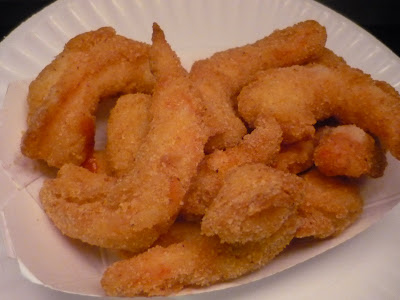 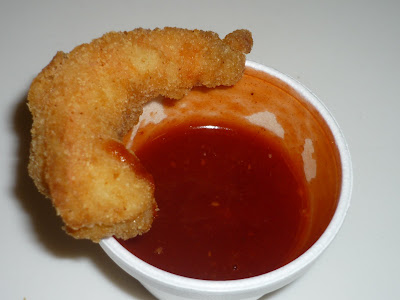 available with hot or mild sauce

But the reason I was ecstatic when Redhot opened not too far from me was for their hot dogs. The minimalist style is done to perfection at this little dog shack on Western and the fries always come piping hot and fried to perfection and they make sure there's plenty of food for the $3 (tax included) it'll set you back for a dog and fries. The people that make their way up and down Western will be happy to know, just like I was, that Redhot Ranch is open late on weekends. It was great to get this other Chicago style of hot dog in the area since my other favorite spots are all out there. Make sure you put 35th Street North aka Redhot Ranch into your starting rotation. This is the type of place that all of Chicago is glad to have on its team. 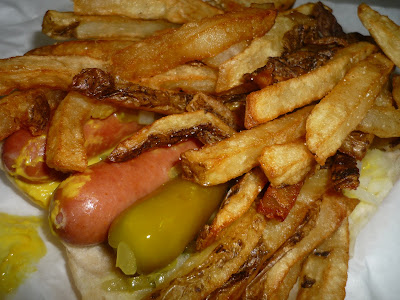 I went here for the first time this weekend, got a double dog. Perfect in every way, and a lot more convenient than trekking down to 35th st.