Polka with some Pierogis

I got an email last month from an avid reader from the South Side who asked me why I hadn't been to any of the citys Polish bar's for some food and booze. Then coincidentally I was driving by his local watering hole a couple weeks later. The Karolinka Club on Central ave. just across the street from the private jet entrance at Midway airport. In case you not from here and haven't been able to figure it out thru this site...Chicago is a very diverse city. We have more Polish people than any city in the world with the exception of Warsaw in Poland. The city's Polish community is concentrated on the Northwest and Southwest sides along Archer ave and Milwaukee ave. There is an extensive amount of Polish bakeries and sausage shops and one of the city's signature food items is the Maxwell Street Polish. The Karolinka club sits where the once famous Baby Doll Polka club used to sit. Imagine if your Polish mom and dad decided they wanted to open up a bar like back home with a little bit of Chicago thrown in. That's the Karolinka Club. Its got decorations up for every holiday and they pour a strong drink and have Okocim beer on tap with the large pint glasses. 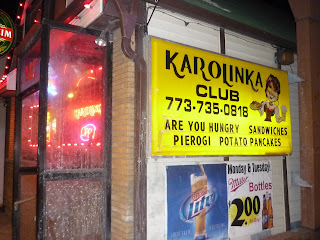 Across from the Private Jet entrance at Midway

Since the Polish community is so dominant in Chicago compared to elsewhere you will find different regional variations of Polish cuisine around the city. Along with the usual offerings of potato pancakes, both meat and potato pierogis, Polish kielbasa sausage and pork tenderloin sandwiches they are said to have the best Silesian food in America. ts different than other styles of cooking around Poland in that its more fatty and has alot more calories. Its still enjoyed around Poland and Chicago despite the advise of modern day dietitians. Karolinka club offers a variety of homestyle Silesian dishes on the weekends as well as was what was described by the hot Polish bartender as the "best Silesian club in the world" 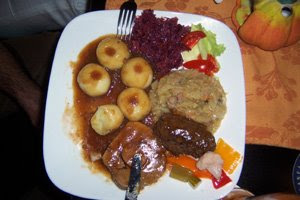 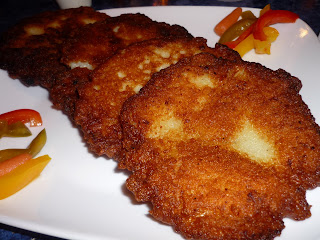 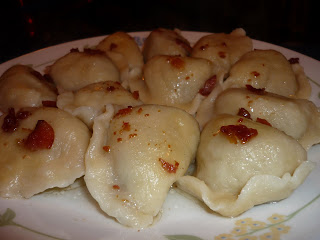 Based on the above average pancakes and pierogis I will no doubt be back to try some more of the Silesian eating. The problem with it is that after eating a plate of food that would make Bill Swerski scream mercy its hard to start drinking big glasses full of good beer and partying the night away with some pretty Polski ladies. All while the men all stare in envy pissed off wondering why they wore their best jumpsuit to the club with the chain they paid to borrow from the local pawn dealer and brought out the Michael Jordan cologne for the occasion. I keed, I keed in all seriousness though it is a locals working class bar that seems to cater to the usual crowd on the weekdays and a younger crowd on the weekends. I'll be back to scope out the scene on the weekends this summer and eat some more