After stuffing our faces at the WSNC fall fest on a recent trip down south we crossed over to Kentucky and took a ride into Owensboro to eat some more BBQ because our tour thru hog heaven wasn't enough and we needed to taste different regional variations of BBQ in one trip. There is a ton of BBQ selection in this part of the country hence the nickname BBQ capitol but we didn't have any type of previous information and since the Shady Rest is now closed we settled on the world famous Moonlite BBQ. When we arrived we were told that the buffet wouldn't be ready for another 30 minutes so already in a food coma we kind of just assumed that we were now eating the buffet. So we stepped outside to do what we do and then went to a good looking hamburger place next door called The Big Dipper for a little appetizer. The burger wasn't great, it was alot like Wendy's and the chili wasn't chili but the shakes were really, really good. It didn't matter though because it was just a little snack before our 2nd feast of the early afternoon. Joey Chestnut might be able to stuff his face with a bunch of watered down hot dogs but I wonder if he could keep up with me and my crew on one of our food tours? 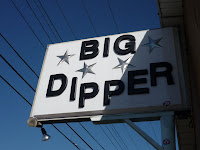 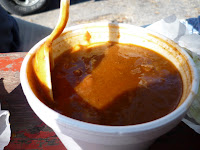 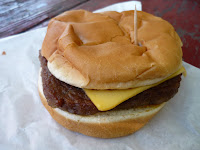 Onto the BBQ already, the crew was one of the first groups on the scene when the buffet opened at 4:30, I assume the senior citizen couples ahead of us had been hungry for dinner since 2p so they were ready to eat as well and somehow managed to beat us to the buffet upon entrance. The specialty meat of this region is BBQ mutton which is a female or castrated male sheep that is smoked and either chopped finely for sandwiches or chopped into large pieces for serving and some places slice it. As far as buffets are concerned the Moonlite's is the real deal. Its my belief that most buffet's are a few steps below average and you might as well spend the $20-$30 on a real dinner but at $11.97 this was a bargain in my book. They know good eatin' down south there, don't you forget that. 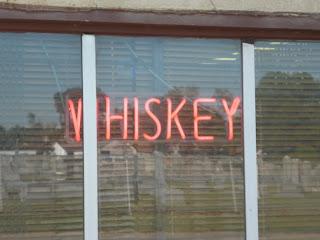 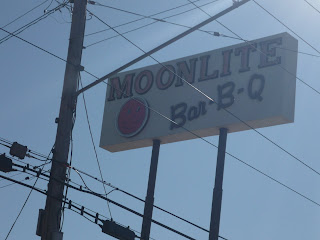 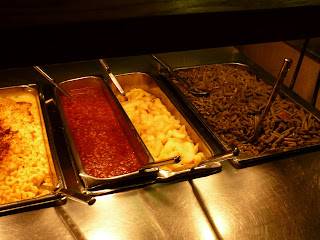 easy on the sides, there's meat to be eaten 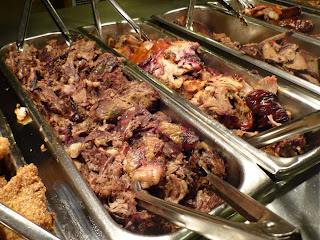 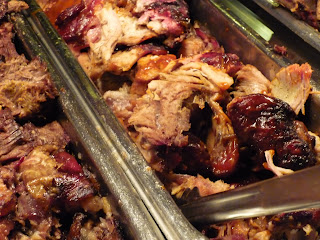 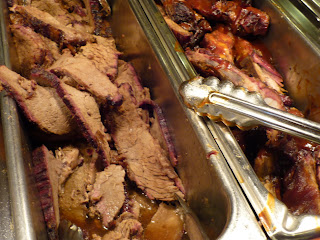 Sliced mutton or was that beef...I forget 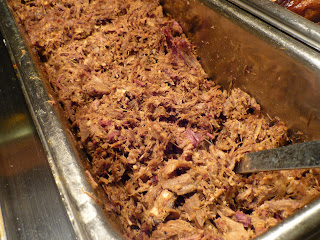 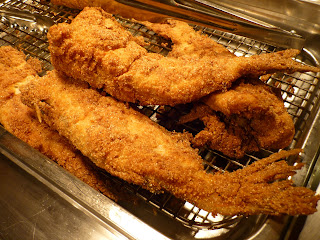 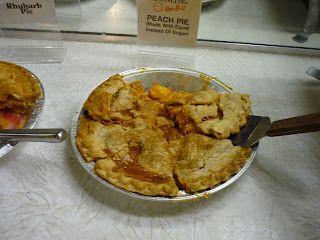 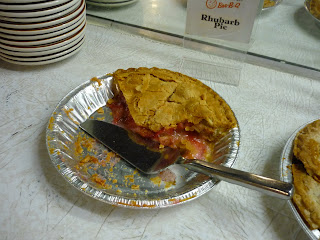 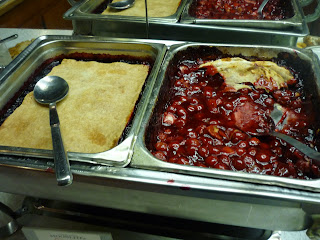 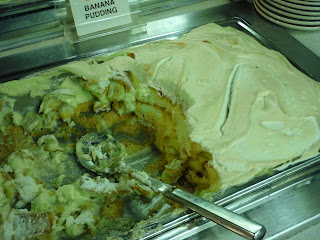 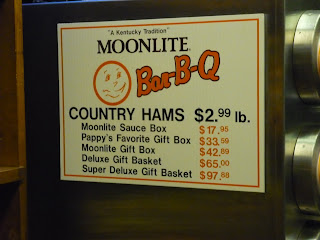 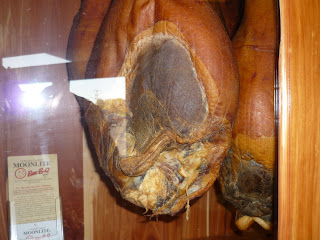 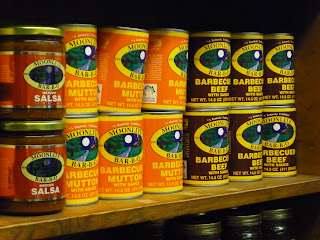 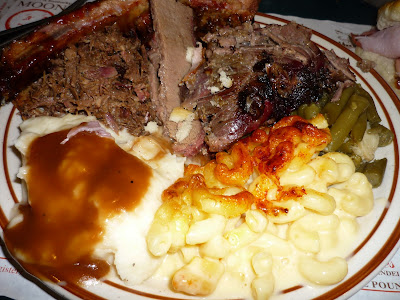 Where you at Man v. Food? I got a beef with you about your hottest hot wing claim.

See: Ever had Bhat Jolokia hot wings? doubt it. The pic above was plate #3. Get at me.

All in all this was a fun experience in Kentucky and the drive thru liquor stores out there sure are something you would only see in the south. I didn't care too much for the mutton at the buffet but I also didn't think it was bad either and wont put it off until I get a chance to try other spots around town. Everything else was just decent but nothing was bad. The catfish and catfish nuggets along with the dessert selection were the best item's of the buffet and that alone all you can eat is worth the twelve bucks. If you get there remember that the country ham isn't in the buffet and you should try and order it in one of their sandwiches at the to-go counter if you do go the route of the buffet. I know that there is a return in my future to try out the rest of the legendary smoke shacks in town. Hopefully sometime this summer during one of the big BBQ fest's around the area.

I think the Big Dipper is owned by the Moonlite people.
Moonlite is big let down, IMHO. I've eaten the buffet twice, only because someone else was paying. I would never go in there and spend my $$. PLENTY of other restaurants in this town. It smells so good outside, that great hickory smell, and then you get in there and the meat has no flavor. Instant mashed potatoes. Dry rolls. :(

Lived here since 2005 and have learned the locals eat at Old Hickory. The chopped pork was gross, but their brisket tastes SO much better than Moonlite's.

Big dipper is not owned by the "moonlite people".

Moonlite is the worst excuse for barbecue I've ever seen. I've lived here since 1990 and it's never been, nor never will be anything special.

On the other hand route 66 cafe is pretty good.

The cole slaw was good as well, Best Food Truck In LA