Next MOFO in line!

-Grubbing in Chicago
Where the locals (sober & drunk-old & young) eat.

Guess who's back? after being forced to shut down because some POS got their feelings hurt by the ladies behind the counter and called 311 and reported rats the Wieners Circle is back at it. "Next MOTHERFUCKER in line, what you want BITCH, whatever you order I'm putting double the meat for your rail thin ass" Well there were no rats or any signs of the actual rodent but they found other problems with the water and such and shut them down anyway. The only rat in the building that night was the person who reported them. Hate it or love it the WC is one of Chicago's most famous and well known hot dog stands and if you don't like them, it isn't because the food is bad. When Demon Dogs closed down the Wieners Circle became the Chicago dog joint that I have ate at more than any other and I am rarely there at night. 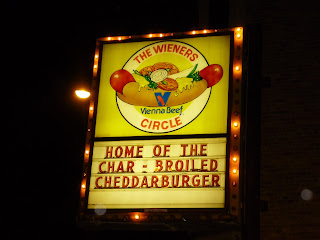 There are two sides to Wieners circle and they can be seen as night and day. It is a very locals type place during the day with neighborhood regulars and people from the hospital and shoppers eating lunch. Its as mellow as a hot dog stand can get and there are "please" and "thank yous" and "your welcomes" being exchanged back and forth. Nighttime however is a whole 'nother story. I personally choose to stay out at night to avoid the stupid drunken fools who don't realize that I don't have to hold my fist back. When I am there at night I would rather jaw with a customer than an employee which is played out and gets taken too far by the drunken scenester. While it has gained a reputation for its after hours carnival, the food is amazing even if your not trying to soak up 15 whiskey & cokes. In fact this is one of those places where the hype is actually real. Its almost a given that you'll find Wieners Circle on any list or article of Chicago food staples and its always on the best of US hot dog lists. 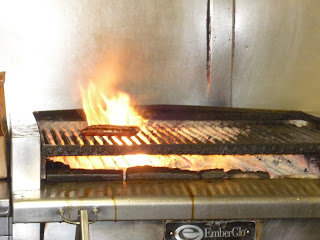 This is the best hot dog in the city that is not the old depression style (G&J and Jimmy's) One thing they dont do at WC is skimp on toppings, the dogs come loaded with grilled onions or raw, mustard, pickles, sport peppers, relish, tomato, and celery salt. Unlike most other dogs spots the fries are separate and some of the best in the city so its a must you get some with your char dog. The only way to go at WC is the char dog, its not a Wieners Circle dog if its steamed. 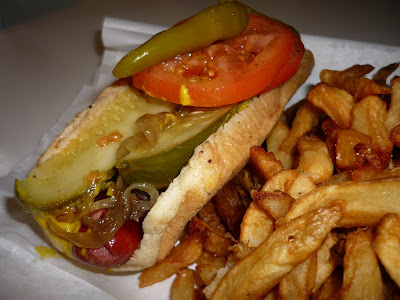 One of the best hot dogs in the world right there

In case you haven't been back since they reopened the chicken sandwich which is a favorite to some is no longer available. I never look at the menu but they also have a turkey burger whether or not that's new I have no idea. One of the reasons that WC is a Vienna Beef Hall of Fame member is the fact that they don't do a single thing bad. Not only is the Wieners circle the home to the char grilled cheddar burger but also the best cheese fries in the city of Chicago. Many of the places in Chicago that take their dogs and fries serious will use a Wisconsin style cheddar spread like Merkt's or similar too it. We don't do the nasty orange stuff from a can, just another one of Chicago's signature food stamps. Be careful not to run your mouth to the wrong people or you may find your face covered in cheddar spread. 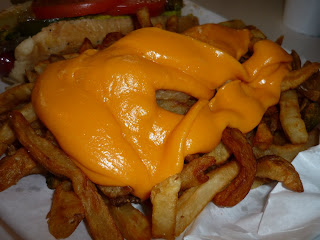 Hey, they are the home of the char broiled cheddar burger. If you dont like these then you don't like burgers. One of the best around. Another common practice at many Chicago dog and burger joints are the char grilled burgers with the very same cheddar spread used on the fries. When the char grilled meat pairs with the Wisconsin cheddar spread it creates a better pairing then milk and cookies. As Chicago's own Bernie Mac would say... 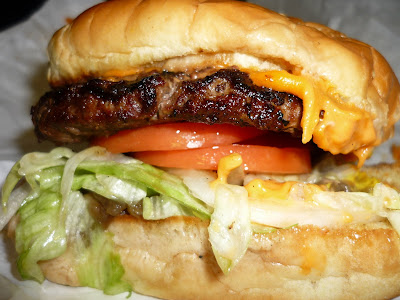 Hey look at that, a story giving love to the food and not the scene at the LP original. Dont let the loud noise and inebriated yuppies fool you, the food is too good. In fact the only time there was yelling go on on my visit to document the place was when I snapped that picture of the grill. I was told "to leave sumtin in that tip jar for that picture" and I told her in a normal toned voice "sweety I have been coming here longer than you have been here, you'll come to learn I always do." Just another stop worth your while in Lincoln Park so please stop settling for Panera bread and god forbid the McDonalds across the street.

Another trip down memory lane! I used to work at a bar on State Street called Bottoms Up (no longer there) and this place, next to West Egg was where we always went to after work.

But in order to truly enjoy the Wiener Circus (that's what we called it!) it always helped to be a little buzzed!

Um, those fries! I think a road trip is in order!