Arlington Heights (and it's surrounding suburbs) remains a great place to explore as far as food goes. There's a strong Asian presence in terms of both the restaurants and the grocery stores. It's always a tough choice deciding where to eat out there. One spot that's entered my regular rotation is a mom and pop owned bubble tea shop. It's in a large strip mall on the other side of town from the Mitsuwa Market which is usually what brings me up this way. Tugo sells Taiwanese snacks and bubble tea. 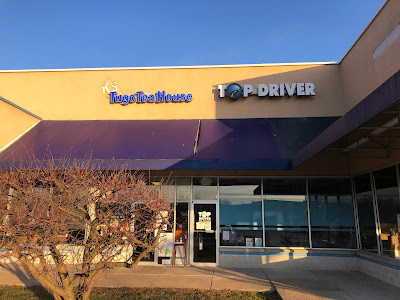 Locals Favorite in Arlington Heights
Tugo is run by a middle aged husband and wife team with their kid hanging out in back when not in school. She's Taiwanese and I believe from Taiwan so you'll notice when you order it's her doing most of the cooking. He runs the front of the house and will make drinks. Beef Noodle Soup is a dish you can expect to appear on most Taiwanese restaurant menus. But rarely is it the same anywhere. Each spot has a family recipe or whatever and ingredients can vary. I've only gotten to try the soup taken to go which isnt as good as hot and fresh but it was still a really satisfying bowl. The beef must be from some sort of tendon bc it has that chew going for it. I believe she makes the noodles in house. 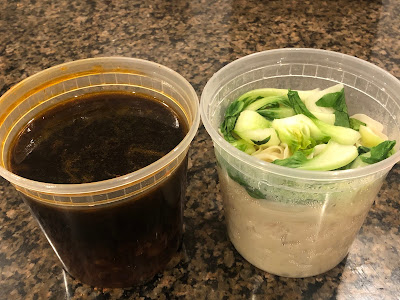 Beef Noodle Soup from Tugo Tea House
While the noodle soup did hit the spot it's the fried items from here that I return for. Taiwanese style popcorn chicken has really taken off in the States while it's been one of Taiwan's most popular night market foods for a while now. It's little chunks of chicken that are thin coated with a flour and eaten on the go hence it's popularity at the markets. I think the version from Tugo is as good as any I've tried. 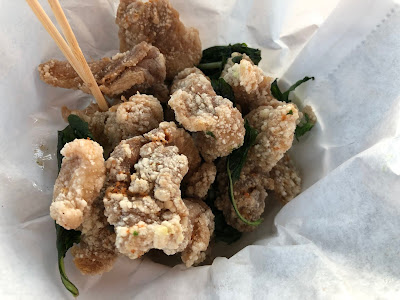 Taiwanese Popcorn Chicken at Tugo Tea House
Another popular nightmarket snack is the Taiwanese style pork chop. The Chinese do good things with pork chops and the Taiwanese style of frying them is up there as one of the best. Tugo offers a bento box featuring a sliced bone-in chop served atop a pile of white rice with a layer of minced pork in between. Taiwanese style sausage, cabbage, corn, and a hard boiled egg complete each bento box. Last trip in I saw they were introducing a Taiwanese hot dog using sticky rice as the bun. 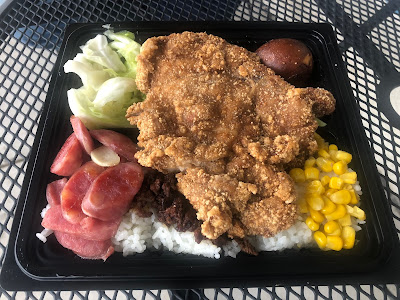