Indoor dining has returned at some spots but I'm not quite there yet. The same can be said for the restaurants themselves many of which have yet to pivot back to indoor dining at all. Many spots have had to shift their business models and menus around to make it easier to get through the pandemic. This has happened a variety of ways including the emergence of ghost kitchens and the addition of sandwiches and such to menus. Today's post takes a look at five spots I've been able to check out during this year long lockdown. Eventually we'll get back to normal but I have a feeling some places that pivoted during the outbreak might not go back to what they were before it. They'll open their doors to diners again and many of the menu items, pop-ups, and walkup windows will remain. 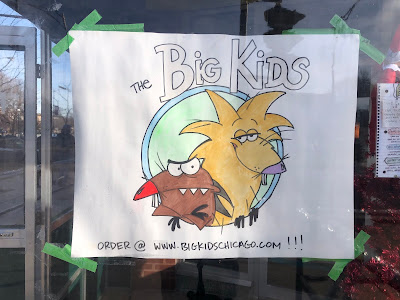 First stop is a sandwich shop born during the pandemic. Logan Square's Young American bar needed to find something they could do with their large bar space located on the square. So they decided to team up with a well known chef in New Orleans who runs a popular chef driven sandwich shop called Turkey & the Wolf. It was named the best new restaurant in America by Bon Appetit in 2017 so it was big news around the food circuit when it was announced they'd be bringing their popular vegan collard melt to Chicago. Said melt has arrived and more than lived up to the hype based on others reviews. Also making an appearance from Nola is an upscale bologna sandwich (as in not the Oscar Meyer stuff on white bread) loaded with potato chips. The Big Kids name is a nod to the vibe this place gives off. Both in it's online presence and also the food they make. The menu has switched up with the likes of sketti egg rolls (spaghetti fried in egg roll form), Veggie CrunchWraps (Taco Bell like crunchwraps with Bahn Mi fillings), and the Space Torpedo which is one of my favorites. It's something a stoner working at the local sub shop circa 1976 might concoct after a “bathroom break” - but boy is it great. Turkey, Pastrami, Pasta Salad, Shredded Lettuce, Garlic Mayo, and Smoked Mozzarella on a hoagie roll. Somehow this tasted nostalgic even though they just opened. Looking forward to checking out their new smashed burger concept - "shiddy burger" which they're currently doing on Monday's. 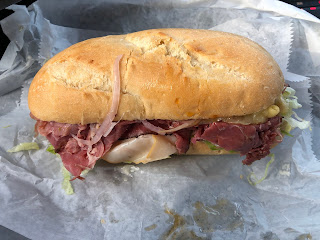 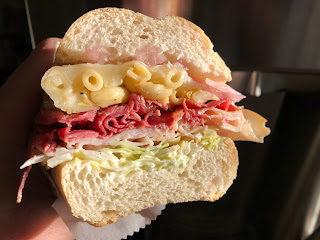 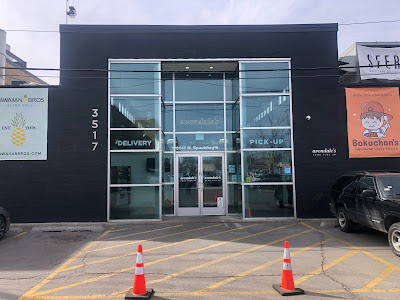 House of Fire (@house_of_fire_chicago)
This next stop has given me new hope for what ghost kitchens can become. When I first started reading about these large venues that host multiple restaurants I was a bit skeptic. Heck I still am and that's bc a decent percentage of the spaces rented out in these ghost kitchen campuses are by the likes of Wendy's and Chick-Fil-A etc. This one in Avondale pictured above hosts a TGI-Friday's. But it's also the home to House of Fire which is the city's first or least it's only current Azerbaijani restaurant. Azerbaijan being a former Soviet Republic that stretches across both Europe and Asia. Thus you can expect those wonderful aromas and flavors associated with Central Asian cuisine. I love both Georgian Dumplings (Khinkali) and also the Russian version called pelmeni. So I was excited to try the Azeri dumplings called Gurze. They're made with lamb and seasoned with what might be cinnamon and dill as well as other bold spices and served with a yogurt dipping sauce. One thing I don't like about ghost kitchens is the fact you don't get to see the people behind these places so it's tough to ask questions. One of the best things I've ate this year was something called a Qutab which is a stuffed Azerbaijani flatbread. I tried the lamb version which is described as a thin pocket of dough filled with minced lamb and spices. They come two to an order and different fillings are offered. 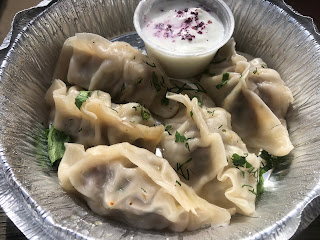 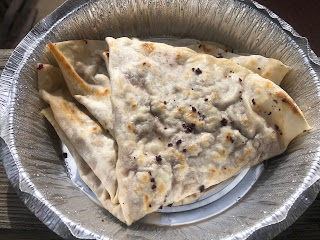 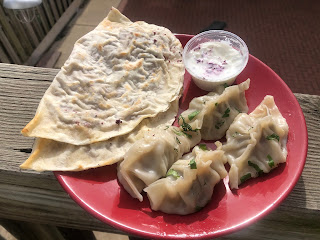 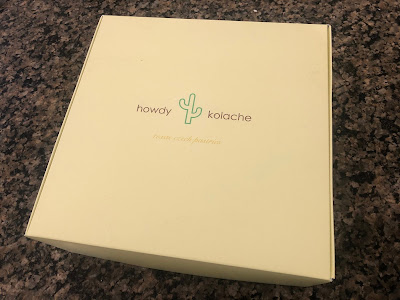 Howdy Kolache (@HowdyKolache)
Exciting news! Texas style kolache is now found in Chicago. This popular morning snack is found all over Central Texas by way of immigrant families from Czechoslovakia. It's Tex-Czech! Originally called klobasniky and traditionally filled with just fruits these sweet yeast pastries started to get stuffed with stuff like sausage, jalapeño, and eggs after they arrived in Texas. More than a century later they’re as common as breakfast tacos and found at just about every coffee shop, bakery, and gas station throughout the Texas Czech Belt. As of now they’re only available to Chicago during pop-ups and at select coffee shops (The Sipping Turtle Cafe in Avondale is one of them). But keep an eye out and follow their Instagram for updates. They’re just getting started. I got hooked up with a box from one of the owners and I’m patiently waiting for their next public offering. Such a cool little setup. 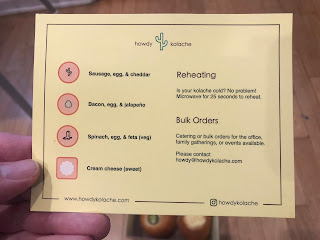 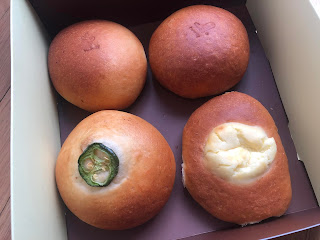 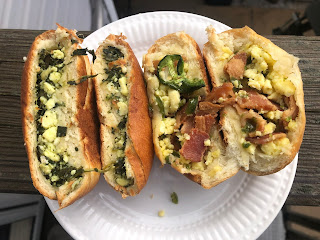 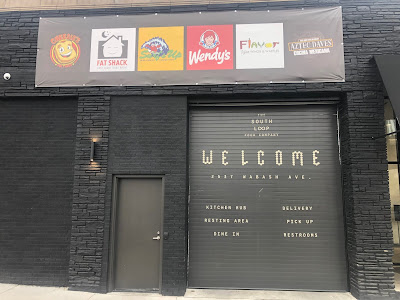 Brasseaux's Cajun Kitchen (@brasseauxscajunkitchen)
Here's another interesting option out of a South Loop ghost kitchen. I figured with a last name like Brasseaux that these people would know a thing or two about gumbo and such. Haha. I also read in a Block Club Chicago article that the owner was from down there. Good color and spice in the gumbo but it seemed to be lacking a certain something. Exactly what I don't know but I could tell from the prep of it that the potential is there. The Jambalaya was seasoned well too and even more importantly cooked properly as in not to a mush. Boudin balls were a bit dry and could’ve used some hot sauce but at the same time I knew fried food wouldn’t travel well, another demerit you could give ghost kitchens. As good as the food is in NOLA it’s better in Cajun Country so it’s nice to have a spot doing stuff like etouffee and such. I'm guessing the hope for most ghost kitchens is to go brick and mortar. 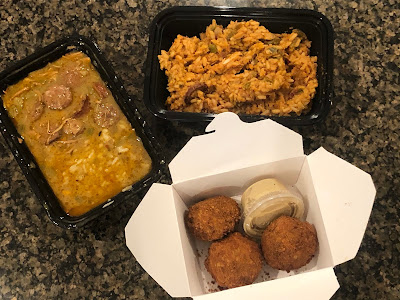 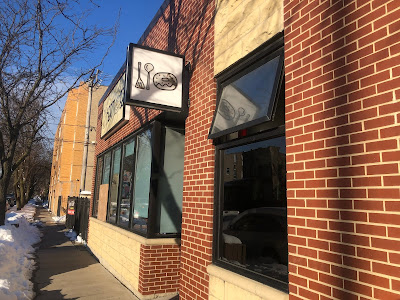 Hermosa Restaurant (@hermosachicago)
I wrote about the Cambodian fried chicken sandwich from here in my last 'quarantine eats' post. But Hermosa continues to be one of the city's best evolving restaurants as it's still a hot dog stand but it's also a great place to go these days for home cooked Cambodian food stuffed into sandwiches and such. The young owner / chef continues to ramp up his menu offerings and is doing so in a way that's super affordable. Hermosa currently boasts a 'BIG FLAVA .. small price' part of it's menu and most of the items featured on it are Cambodian comfort food like a gridled rice or vegan green curry. There's also a few examples taking Cambodian dishes like Sach Chrouk and turning it into a sandwich. It's a Cambodian style pork chop with Southeast Asian style toppings including carrots, pickles, jalapeño served on a sub roll slathered with garlic mayo. Excellent! I paired an order of Mee Kula noodles with my sandwich and it was perfect. The Mee Kula ($6) consists of rice noodles tossed with pickled cucumbers, radish, beansprouts, crushed peanuts, and dried shrimp powder with fish sauce served with a hard boiled egg and some spicy Sambal Oelek like chili sauce. A noodle dish popular with the Kula people of Cambodia. The fact you can pair that with a hot dog is such a cool Chicago thing. 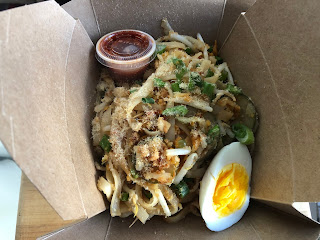 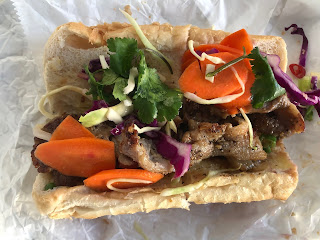