If you're a Chicagoan familiar with LTHforum or the city's mom and pop Thai food scene you've probably heard of In-On-Thai by now. Originally they opened in Lakeview where the building they were renting was sold for condos and they disappeared for almost two years before returning to Uptown on Broadway. As he always does with the city's best mom and pop gems my guy Mike Sula wrote about their return in the Reader last summer. This was of course after covid dining restrictions had gone into place but some people myself included got to dine-in right around the start of 2020 when they made their triumphant return. Today's post is a combo of visits going back to their original location and then also the grand re-opening of their current location which is takeout only for now. 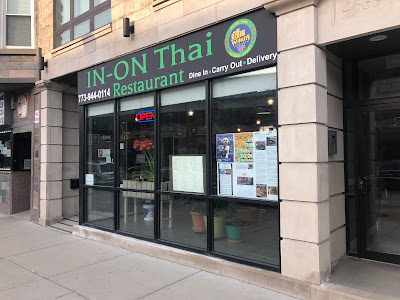 Locals Favorite in Uptown
In-on-Thai is a true family run spot. It's a husband and wife team with the grandmother / mother-in-law doing most of the cooking. The husband was born in Chicago but grew up in Bangkok where he met his wife Inon (the restaurants namesake) and married into the family business which was a local food court stall selling Central Thai rice and curry dishes. Any first time In-on-Thai customer who also happens to be a curry fan should make sure they try at least one of those. As Sula's story explains most Thai spots in the US make their curries from the canned stuff but not here where the grandmother makes them from scratch. You really cant go wrong with any of them but the stir fried bamboo shoots with chicken comes with a spicy homemade red curry that's tongue tingling delicious. The fact of the matter is it seems that pretty much everything they do here they do very well. A simple description of "Marinated Pork Ribs" doesn't do this appetizer justice. Little chunks of fermented pork ribs have a nice fresh and funky flavor profile and always seem to impress the first time visitors. 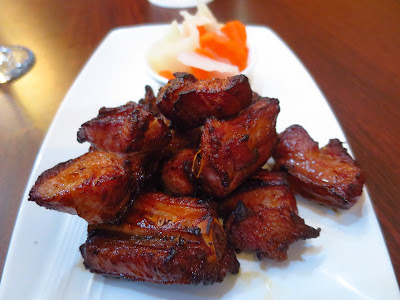 Marinated Pork Ribs at In-On-Thai
Going down the menu there's also the Thai salads section. Nobody does salads better than the Thai's. Ha ha. If you know, you know. Lots of good options on there as well as a couple listed under the chefs specials. From the latter the "special salad" is described as green leaf lettuce, cucumber, hard boiled egg, onion and tomato with peanut dressing. Trust me when I say it's much more exciting than it sounds. The green bean salad is another one of my favorites. It's made with steamed green beans, hard boiled egg, shrimp, and ground pork on top with coconut milk and crispy shallots. 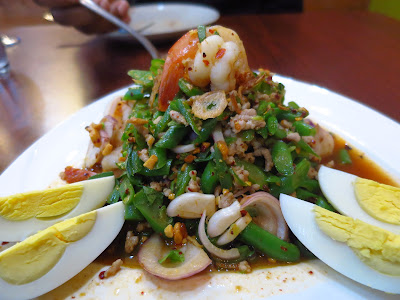 Green Bean Salad at In-On-Thai
The previously mentioned 'chef's special' section holds another one of my favorites. Again it's description doesnt do it justice but when I first saw baked shrimp with clear noodles served in baked pot on the menu it was a flashback to our trip to Bangkok and the Khlong Lat Mayom Floating Market. We'd had a similar dish there and this one was about as good as I think you're going to get in the States. Not quite the same but good enough to bring back some really wonderful memories. I love this dish for it's ability to do that. No surprise but like everything else the shrimp is cooked well here. 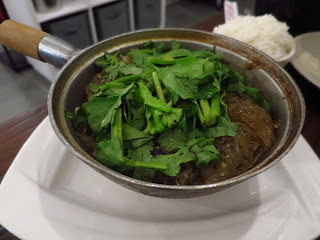 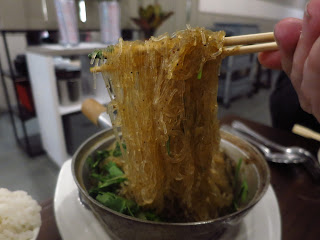 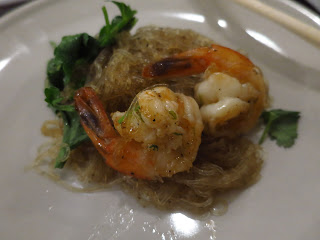 Baked Shrimp with Clear Noodles at In-On-Thai
But perhaps the best tip I can give to someone trying In-on-Thai for the first time is to make sure you try one of the fish dishes. There's a few that are really good examples of the uniqueness of this place to Chicago. Stuff you wont find elsewhere in the city. First up is the 'crispy fish with jungle salad'. Perhaps the single dish that brings me back to our travels through Thailand more than any other in town. This is what I get when I start getting an itch to travel back to Thailand. It's absolute explosion of flavors featuring crispy fish fillet with red onion, herbs, homemade lime dressing, sliced apples and dry chili peanut on top. Important to note In-on-Thai is at the top of the charts when it comes to packaging their food to go. If you order this dish you'll get the fish and dressing served separately. 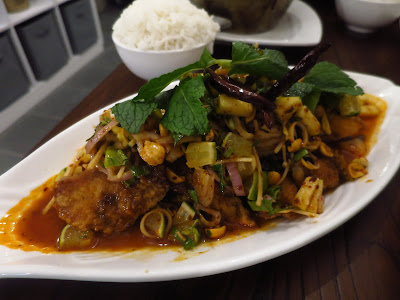 Crispy Fish with Jungle Salad at In-On-Thai
Another stunner from the chefs specials is the 'In-on-Thai Spicy Fish' dish. Chunks of fish are stir fried until crispy and then tossed in a homemade curry sauce and topped with crispy basil leaf. I love this dish going back to the original location. It was my favorite thing here when they first opened. 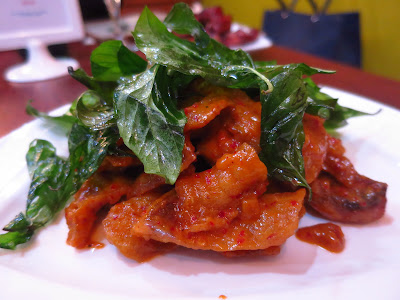 In-On-Thai Spicy Fish
These days my current favorite is the 'Spicy Fish with Young Pepper' as it's called on the menu. Described as stir fried fish with young green pepper, herbs and crusted garlic chili sauce this is another dish that takes me straight back to Bangkok. The spice is real and there's definitely some other stuff not listed in the description like Thai eggplants and green beans. It's a medley of flavors that come together in a perfect way that will have you checking google flights to Bangkok shortly after you eat it. I cant stress this enough everything I've had from here has been stellar. Even if you're the less adventurous that must have Pad Thai when ordering Thai food - you need to try it from here. 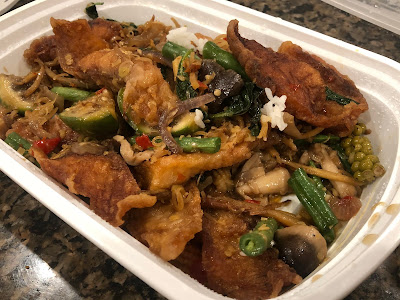