No Friday Fish Fry's for me this Lenten season. Not unless the weather warms up and I can sit outside anyway. As regular readers know I've been active at Fish Fry's on both sides of the Illinois state lines as far as Northwest Indiana and Southeast Wisconsin go. Fish Fry's are a way of life this time of year in both regions. But what about the rest of the Midwest? The more land locked areas. During my travels in downstate Illinois and middle Indiana I've noticed that the humble fish sandwich is popular in different parts of both areas as well as a few other landlocked spots. Not in the Midwest but Western Pennsylvania is another area where I learned the fish sandwich is very popular. Same with Louisville and Nashville. My best guess is it's a catholic and lent combination as it's not like any of these places are are near the ocean. Heck most arent near a great lake. Though in many cases they are near a major river and when so they typically serve fish sandwiches made with river fish. 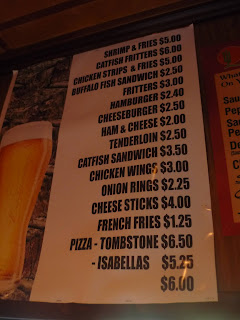 Menu at Ed & Woodies Tap in Pittsfield, IL
The other reason for the fish sandwiches popularity in more rural Midwest areas may be simply bc it's really easy to make one. You don't need much and odds are lots of these spots are using frozen fish so it's not like that ever expires like the fresh stuff does. I'd hoped to visit a couple more Illinois places popular for a fish sandwich for this post but I've been hoping so for a few years now and that still hasn't happened. So it's time to post some old finds from over the years. Lets take a look at some spots downstate popular for fish sandwiches, especially on Friday's this time of the year. Places like O' Jan's down on the Mississippi where they fry up buffalo fish and throw it in-between some white bread with raw onion, mustard, and hot sauce. Or then there was the Seaboat in Champaign (RIP). 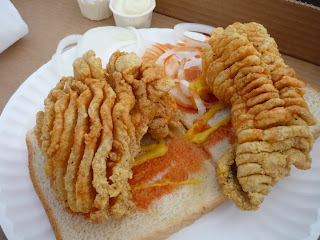 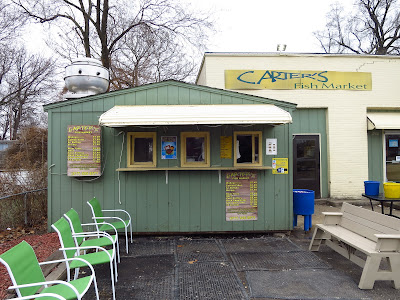 Carter's Fish Market (Springfield, IL)
First stop up is an iconic business in my homestate capitol. Carter's Fish Market sells local fish as in different types of catfish, buffalo fish, and other lake and river dwellers. They have both a walk-up window where they sell fried fish sandwiches and also a market where they sell fresh river fish. They were out of Buffalo fish in the booth but had ribs for sale in the store. I'd never seen fish ribs but have since found them on the city's Westside. My second choice of a catfish sandwich was damn good. Perfectly fried to where the outside was crunchy and the inside was light and flaky. I could see this spot winning a Beard Foundation 'American Classics' award one day. If you live in Springfield you know of this place. A favorite of the State politicians who order boatloads of fried fish for both the House and Senate on Fridays during Lent. Blue/Red - Black/White. Everyone loves Carter's Fish. 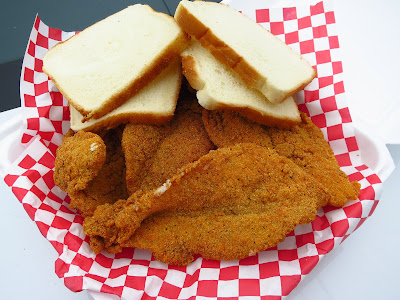 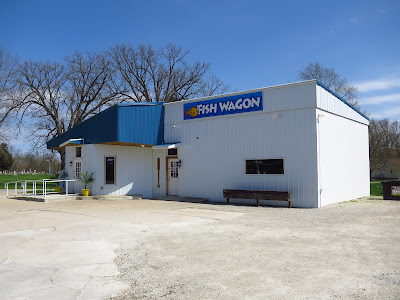 The Fish Wagon (Farmer City, IL)
Our next stop is down in Dewitt County which is Central Illinois territory. You know what this means?! Smashed Crispy Burgers. I fully realize I'm probably the only person who registers that when Central Illinois is mentioned. But I do believe the areas popular burger style should be just as popular on a regional scale as the Horseshoe. The Fish Wagon is a new school spot by which I mean it's less than a decade old. They're popular for their fish sandwiches and yes their smashed burgers too. We stopped in to try both of those and also ended up getting some fish tacos too. They fry up Alaskan whitefish fillets and you get one wrapped with a flour tortilla if you order a taco. I enjoyed it for what it was while being fully aware if a place like Wendy's ever did fish tacos this is probably how they'd be. The fish sandwich here comes with four fillets and two pieces of white bread served with raw onions, pickles, and tarter sauce. As you can see from our first two stops these Midwest fish sandwiches are much of the time just a bunch of pieces of fried fish and some condiments with enough bread to make sandwich. But again I liked this sandwich which was in fact better than any fast food fish sandwich I've tried. Same goes for the burger no doubt. It was a damn good one with a pretty nice smash job. 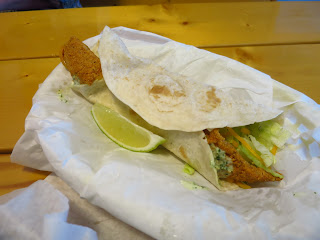 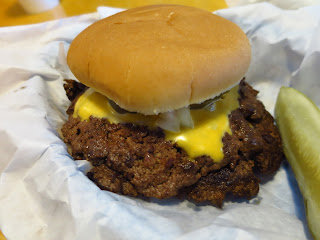 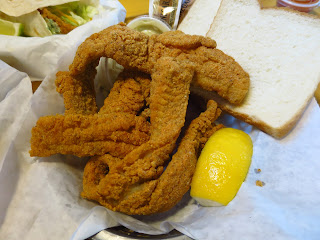 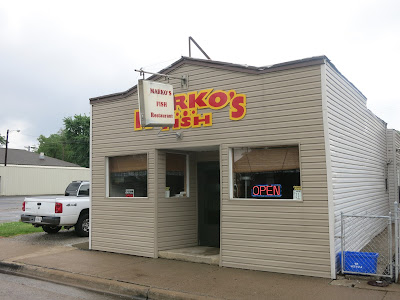 Marko's Fish House (Madison, IL)
There aren't many real deal old school undiscovered gems left but I feel like this place is one of them. Marko's is in the Mississippi River town of Madison, Illinois. They serve up a signature cod fish sandwich and it is wonderful. There's also catfish nuggets, fried shrimp, and burgers. But that's it. So I was told they've been making the same fish sandwich the same way since 1926 using the same local bakery as the bread supplier. Marko himself is Croatian and the bread is said to be an old family recipe baked just for them. Inside is small and there's three mini frying machines where all the work gets done. Talk about a perfect fry job this sandwich was one of the best fish sandwiches ever. No way they weren't using beef tallow because it had that flavor which stayed in me with each burp afterwards. Everything about this sandwich was money. From the soft but sturdy bread to the simple toppings of onion, banana peppers and tartar sauce. The only thing missing was the ocean in sight. 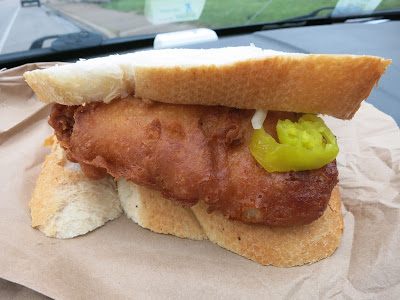