Stopping in at three Columbus (IN) Favorites

Eating like a local:
Regional food specialties
- Exploring 'Athens on the Prairie'

Today we stop through the beautiful town of Columbus, Indiana. One time home of the Good (Chicago Trib Food guide Nick Kindelsperger), the Bad (VP Mike Pence) and the Ugly (NASCAR Driver Tony Stewart). It's a town I've driven through many a time mostly on the way to and from Louisville. Last summer I had work obligations back to back weekends in Louisville so I was able to stop in Columbus twice and try a couple spots long on my hit list. While I haven't explored Columbus much past these three places (and Zaharakos) it always reminds me of a prototypical Indiana town when stopping through. Having grown up in the city it's a different life there and I like peeking in on it now and then. Indiana is an interesting state. One that's filled with Roadfood similar to today's stops. 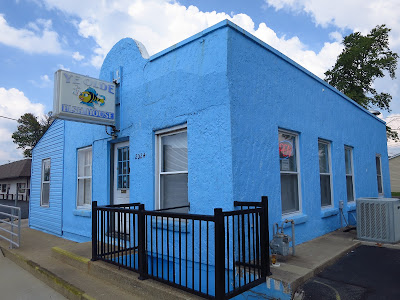 There's a big fish sandwich culture in Indiana (See: HERE). Which is kind of weird bc it's the heartland and nowhere near the ocean. This is probably due to lent diets or something like that as the fish sandwich is popular in many other landlocked spots like Louisville and Western Pennsylvania. Heck the McDonalds filet o' fish was born in Cincinnati. There's a couple "fish houses" as they're called on my radar but odd hours had prevented me from trying either until now. 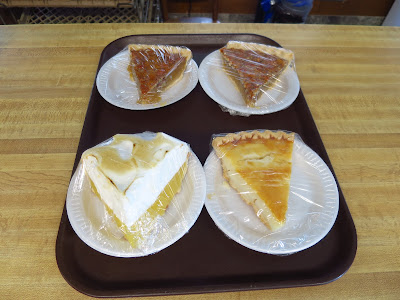 Ye Olde Fish House is definitely a Roadfood type treasure in that they dont make them like this anymore. A 75+ year old town institution. The days fresh pie greets you upon arrival so the first decision you're going to have make is the hardest one of the visit. All pies are made in house as is pretty common throughout the state. They have a great pie culture. As far as what you're ordering to go with that piece of pie that would be a fish sandwich. They're piled high with fresh hand battered Alaskan Whitefish filets that are seasoned with their secret house recipe. They also have BPT's for the meat eaters in your group. Open M-F 10:30a-2:30p. I downed my sandwich quick on this visit. 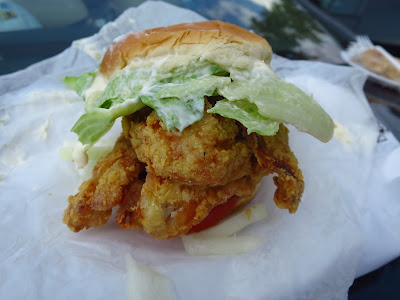 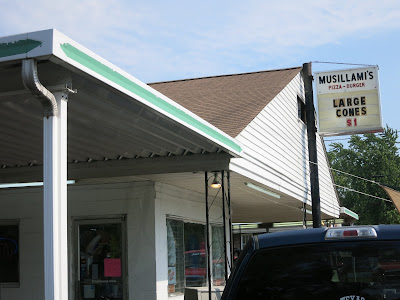 I don't know his name but I read about this Jewish guy here in the States who's visited over 6000 Chinese American restaurants and has documented them all. I'm trying to do something like that but with food drive-in's. I'm nowhere near 6000 but you have to start somewhere. I got to check Mussillami's Drive-In off the list a few years back on the way home from a roadtrip to Nashville. 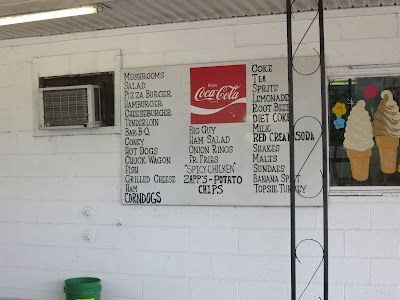 They've been at it since 1957 and according to an article I read somewhere online they're the last of Columbus's old time drive-in's. Apparently there were a more than a few back when which doesnt surprise as I said this seems like a prototypical American town. They advertise a pizza burger on their sign and it's also listed on the menu before even the hamburger. You know the drill. Gotta try the specialties of the house. I'm not the biggest fan of pizza burgers but I liked this one. It was melded together really well. 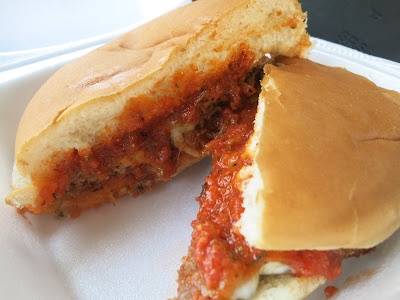 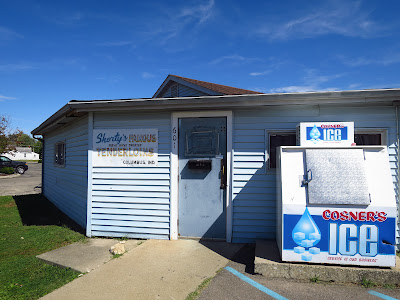 Here's another place that evaded me due to limited hours. I was always so intrigued of Shorty's Place bc 1) the picture online made it look like a classic Roadfood shack type establishment and 2) there were very limited reviews. I'm not sure many people in Columbus know about this place as it's off on it's own in a run down area with not much else going on. But you cant hide from me for too long. 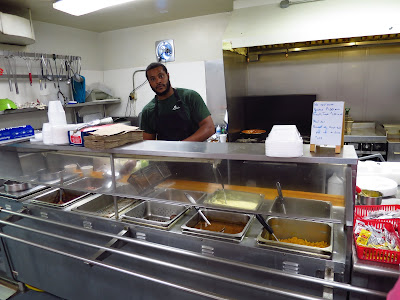 Shorty's is a counter lunch type spot. You walk in and take a look at the days menu. One thing you're always going to find on there is a breaded pork tenderloin sandwich aka the BPT. They made ours fresh to order and even though this wasn't even close to one of the biggest BPT's I've had it was up there with the best. Plain and simple these guys know how to season and fry. Stay tuned for more BPT's and other Indiana eats as the days go on. I'm always on the prowl for the good stuff. 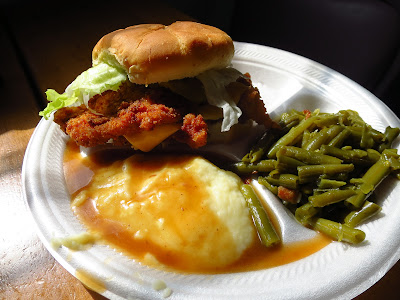 Nice post. It is really interesting. Thanks for sharing the post!
Buy Washing Machine Online and save your time.


Thanks for sharing a useful knowledge-sharing blog.

It helps in understanding and increase in knowledge.