-Grubbing in Chicago
Legit Jamaican before (and after) Chicago Cubs Baseball

Chicago's food scene lost a knowledgeable person and all around good guy recently. Some of my readers will know who I'm talking about but others will not. He goes by @Kennethaz on twitter and he was in my opinion one of the must follows on twitter should you be immersed in the Chicago food scene. Not only well informed on the restaurant scene here in the city and wherever else he was traveling but also a straight shooter who often made me chuckle. Anyways I knew Kenny from a few times hanging out at Toons and he will be missed. While I've made it seem like he's gone forever he's not as his family just moved to Massachusetts. Anyways it was a tip from Kenny that led me to Irie. 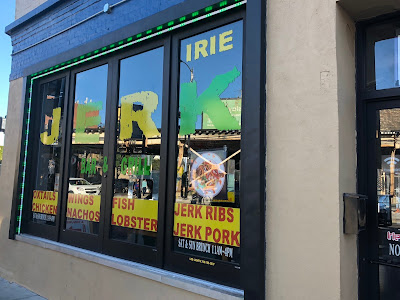 Irie Jerk Bar is the product of an Owner/Chef who learned to cook growing up in his homeland of Jamaica. He also spent time at different restaurants in the Caribbean before coming to Chicago and opening this bar. There's a cool article in the old DNAInfo (now Block Club Chicago). Well when Kenny mentioned there's legit Jamaican in Wrigleyville of all places I knew I was headed there at some point which would probably be my next Cubs game. I went to a game a few weeks ago and Irie was our pre-meal stop. I got some jerk chicken and drank Red Stripe while sitting at the bar and listening to dope Jamaican dancehall. I loved it. Both the food and the atmosphere. The jerk was just grilled (not baked) and thus not dry at all. Sometimes it can be as it's rarely made to order. The house jerk sauce wasn't as hot as I like but I loved the fact they had bottles on tables. No begging for extra. On top of all this they stay open late so it's also a great post-game meal. Go check them out. 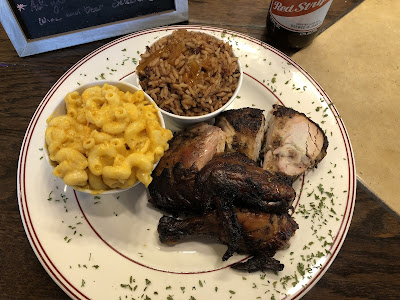