Bill Addison from Eater just released his 2018 'Best New Restaurants in America' list and Chicago has a participant. It's Pacific Standard Time in River North. An ode to California cuisine. It's the child of two different Chicago hospitality groups and one of the city's hottest restaurants. Of course location plays a part in that. But I had the chance to choose a place I'd like to try courtesy of my uncle who wanted to take my family out for my Bday. Might as well go here and see what all the hype is about. 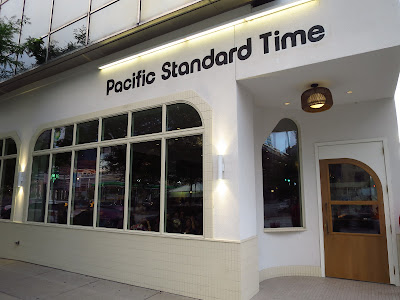 As you all know by now I'm not a critic by any means. That takes writing skill of which I have very little. However our fine city has a few really good ones and I suggest checking out either Mike Sula or Michael Nagrant's reviews of PST to get a better overall idea. I'm just here to share my meal in pics. 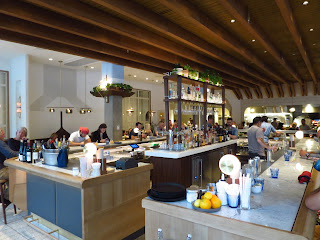 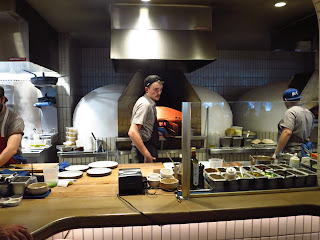 One thing I really liked right away was the space itself. it's large and light. I hate dark ass places especially when it's light outside and bc we had an early reservation it was nice and light when we arrived. We were dining with 6 total people so I pretty much got to try a little bit of everything with the exception of he pizza. I heard they serve it with ranch, must be a Cali thing, and admit I was looking forward to trying it. But instead of pizza I started us off with their super popular pitas. 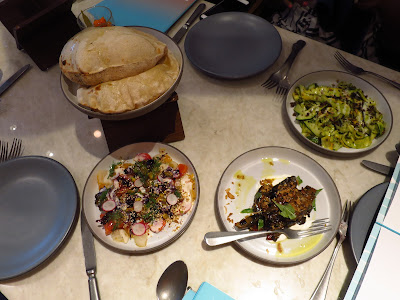 The pitas which are cooked in the same wood burning oven as the pizzas were what i most wanted to try. So much so I got us two different varieties of the three they offer. First up was one with eggplant, roasted pepper, basil, whipped robiolina and then came the tuna option everyone loves. That's made with marinated ahi tuna, green chickpea hummus, urfa, mint. Let me nominate myself for hype man for this dish. I really liked he pitas themselves which were scorching hot and super airy with lots of flavor going on. I might be back one night just for that dish. I envision it ending up on some lists. 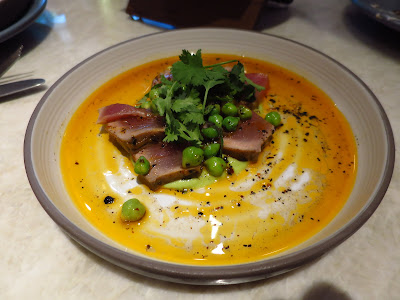 Moving on I got an order of dumplings with a Chinese flavor profile. These were made with shrimp and pork and I liked them not loved them. I love dumplings pretty easily but these just weren't as good as a recent set we had at Proxi a few nights before. Texturally they could've been softer. 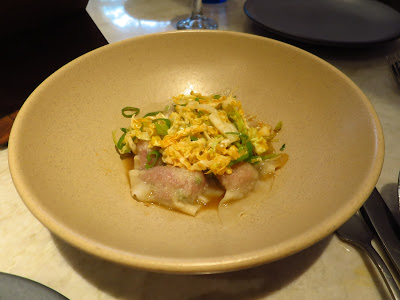 The chicken wings were better but shame on them for letting the little wing on the right side of the pic get onto the plate. It was as small as the wing tips most people dispose of. That said they were sticky and delicious I was tempted to order another round of the table as we each settled for one. 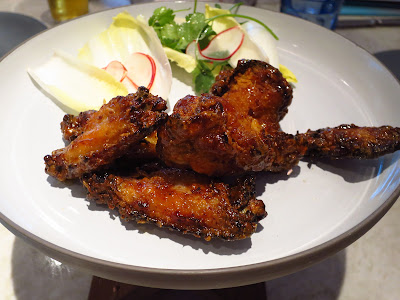 PST makes all of their pastas in-house. We tried a bowl of the rigatoni that had merquez and squid in a light vodka cream sauce. As far as portions go the was the biggest sized dish of the night. I liked this one though I'm glad there were others to share in it. It was pretty rich and filling. But delicious. 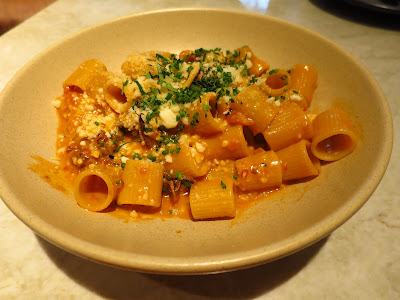 For our main entrees we got two of the dishes listed under Collectives which are the shared plates for a few to a handful of people. First out was the Whole Roasted Duck. The name was a bit misleading bc no way this was a whole duck. It came with a breast that was cooked wonderfully with Middle Eastern flavors and then next to that was a hot bowl of meatballs swimming in chickpeas. The pita served on top of the meatball was to be used to make little tacos as they called them. Pretty good. 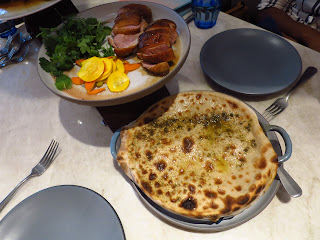 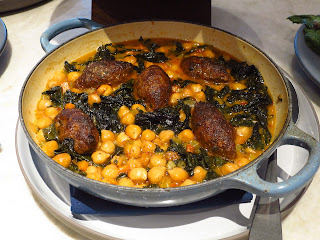 Next up was the Slagel Farms Ribeye with roasted onion, marinated pepper, grilled wedge salad, miso bagna cauda. I never did get to try the wedge salad but the ribeye was pretty bomb. Yeah I just used the word bomb in 2018. That miso whatever it was was full of umami. The steak itself was a tad fatty in that the back pieces were mostly mush but it was the good mush that melts in your mouth. 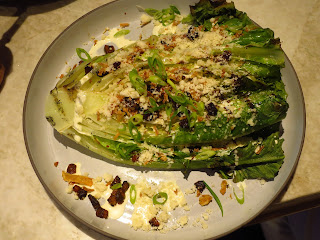 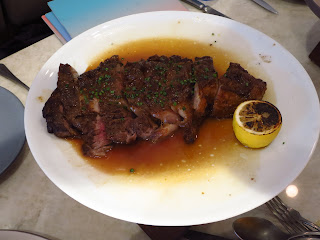 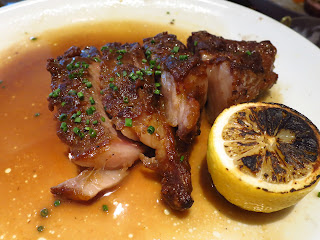 Last up is dessert. Usually not the case with me this may have been the my favorite bite of the night. I saw lots of people raving about it on social media and must admit it really looked good. They call it Burnt Olive Oil cake served with lemon curd, cara cara orange, crème fraîche ice cream. This was a perfect summer dish. I thought it was extra refreshing and loved the texture. Like butter. Thus ends our meal. My thoughts? Pretty damn good. The highlights were real high. Nothing was too low. 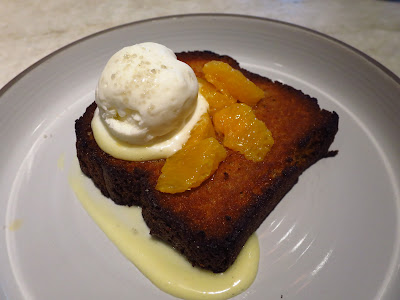