If there's one cuisine the city of Chicago is lacking in - Indian food might be it. Pretty much every single memorable Indian meal I've had has come in a place other than Chicago. In fact the best Indian food I've ever had came in the Vietnamese vacation town of Hoi An. That said there's been a few openings of late that have improved the city of Chicago's game when it comes to Indian food. 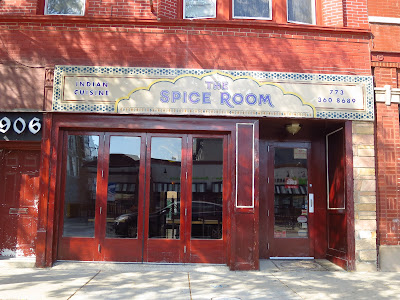 The Spice Room opened up shop last year on Armitage in Logan Square. I remember hearing somewhere that the owners behind it are the same family behind Rangoli on North ave. Not surprising as Rangoli is widely regarded by many as the city's best Indian restaurant. Just like Rangoli the dining room at The Spice Room has been packed. I think you can attribute part of that to the fact it's a BYOB and the area it's in really likes it BYOB's. The other thing that can contribute to it always being packed is the fresh food they're making. One thing I have noticed in my 3 or 4 visits to Spice Room is the freshness of the food itself. Specifically the curry sauces and samosas seen below. 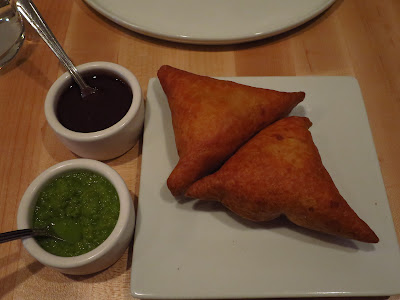 Speaking of things Chicago doesn't have the samosa is high on my list. Lot's of cities and suburbs have spots that specialize in samosas but Chicago doesn't have anything like that. That said the ones at The Spice Room are damn tasty to the point where it brought back memories of the ones I ate that made me love the dish in the first place. The "Indian empanadas" were definitely fried to order with a nice smooth and also spicy potato mix waiting inside. Onto the curries. They're pretty damn good. Not good enough to make me forget memorable curries I've had outside of Chicago but good enough to go back for more when the hankering hits. The spicy options are legitimately spicy. Make sure to order some of their fresh garlic naan for dipping. All in all I'm happy to have SR near me. 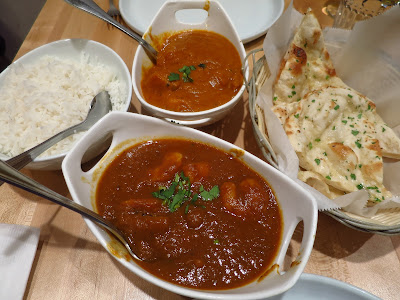 Curries at The Spice Room