My family recently enjoyed a meal at the new Theater on the Lake Restaurant in Lincoln Park. It's called The Lakefront and it's Chef is a pretty well known guy around town. This is Chef Cleetus Friedman's most recent gig. He was previously at both City Provisions and Fountainhead. Located at the very eastern end of Fullerton the restaurant sits inside the Theater were thespians used to gather. 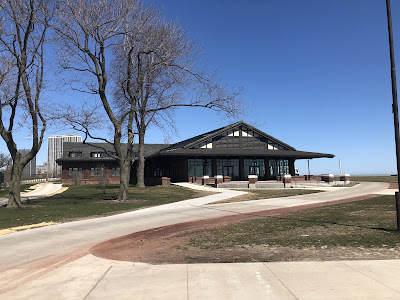 The Lakefront Restaurant at Theater on the Lake in Lincoln Park

First things first it's a great location. How can it not be? It's literally on the lake. I cant imagine it being anything other than packed during summer if for anything bc of it's perfect place. That said all of us thought the food was pretty good. In my eyes it's more yuppie than hipster by which I mean the menu isn't terribly exciting however the dishes that are on there are made well. For starters a Smoked Trout Nicoise Salad was wonderful. Even if it's not salad season. It hit the spot. Sorry for the cell pics. 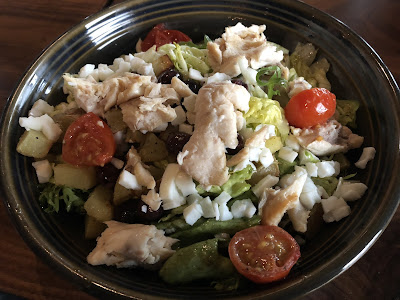 Moving on with the appetizers we also enjoyed a really fresh shrimp ceviche. This one will be popular in July however I'm pretty sure the tortilla chips were from a bag. Tostitos? Whatever they were they weren't as good as housemade which is as easy as anything to make. All you need is a fryer. 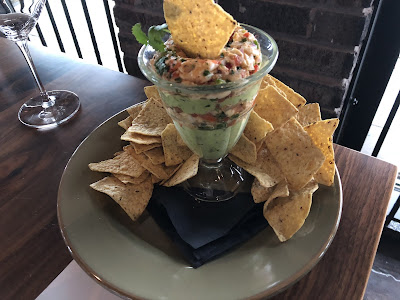 Shrimp Ceviche at The Lakefront Restaurant

Next is a bowl of Littleneck clams with white wine, garlic butter, n’duja, shallots, and toasted bread. Another good dish. I think Nduja is like bacon in that it enhances almost everything. I love that stuff. 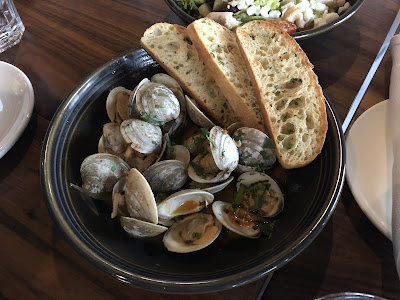 Littleneck Clams at The Lakefront Restaurant

Moving on my wife had the scallops paired with a bucatini and pesto. They kind of hid the dish under a bunch of greens but we both agreed it was a pretty good pasta, and we had just come from Italy. 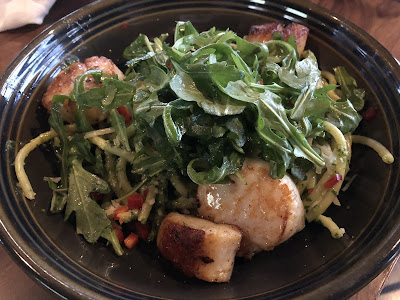 A couple people got the chicken fried steak and we all liked this one. The mashed potatoes mixed with gruyere cheese were decadent. The chicken was breaded thighs with an apple sausage gravy. 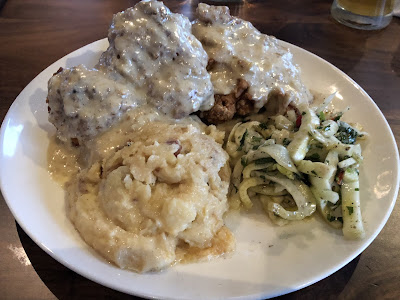 For my entree I went with the Hangar steak special. This was only after I learned that the 'Fresh Lake Catch' was salmon. I was hoping I'd find something from the Great Lakes featured. Nonetheless my steak was really good. Hangar steak is one of my top 5 cuts of beef so I always enjoy seeing it on a menu. Served on the side were some smashed potatoes, veggies, and a big ole cup of butter. 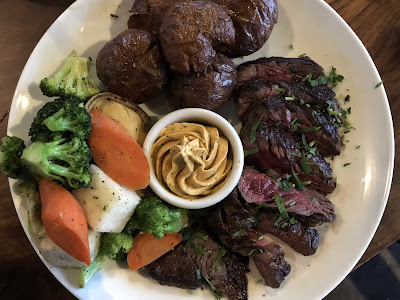