As the years go on at S'C'&C the barely uncovered gems that drove the start of this site start becoming harder to find. The internet has made virtually every last place "discovered" so to say and who cares if you're the first person to check in on Yelp at a brand new place, there's nowhere out there that anyone themselves discovered. Just places people can bring more attention upon. I'm here today to raise awareness to those not familiar with Lee's. A wonderful carry out shop frying up gold. 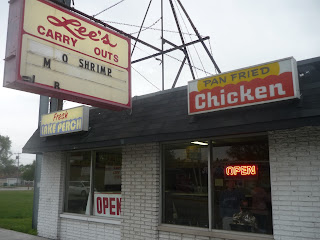 How is there only one review of a place that we were told had been there 40+ years but the yelper says 50? I'd driven past Lee's knowing it had potential but was never lucky enough to be driving by when they were open. This time around I was calling the routes and lucky enough to have fried chicken aficionado Grub Seeker driving so I also had eating power. It was like stepping back into time when stepping in. I love these spots. 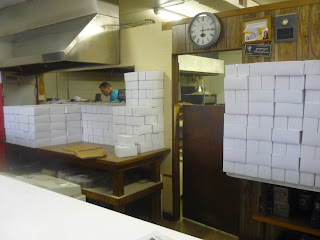 We were one of a few sets of customers who were waiting and there was no doubt the others had been going for a while. One group was three generations of ladies and another was a longtime regular who got worried when the proprietor who's name escapes me had asked if we thought his place would be popular in the city? "Maybe around Chinatown?" Where some Chinese businessmen told him to go and make dough. The convo started when he told me how it'd been years since the last time someone took a picture of his place. The last person was a Scout from the mini-chain Lee's Chicken who was prospecting the area. Because Lee's Carry-Out had been there long before there was nothing the Chain could do. As to his question about the chicken being able to sell good in the city? Without a doubt. 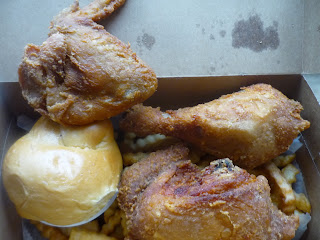 Since Cal City is a suburb we cant call this the best fried chicken in Chicago but can say its the best in the 'land. That's what I said when I ate a leg that was lightly breaded but had some serious crunch with juices popping out when I bit in. Standing there as the owner took orders then went in back to coat, toss and fry the chicken and fish you just knew what was coming. Order a box and your gifted with some cole slaw that packs a black pepper punch, a warm roll and fresh cut golden perfectly fried crinkle cut fries. The man has a gift because the lake perch was on point as well. 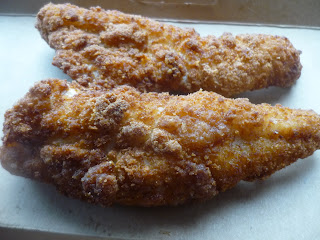 The breading a little thicker, also crispier but the fish flesh was fresh and the 1/2 pound we ate was absolutely great. It was an awesome "find" but also a sad one as a cold display case that used to store fresh perch and other goods sat unused as the times have turned not just in this town but pretty much any driven by an industry no longer around. If Lee's ever needs to up their earnings the city would for sure be welcoming. That said I hope it would be with a 2nd location because the original is a gem. 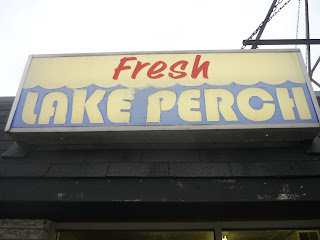 I've been eating this food since I was a kid. I miss it since I live in Wisconsin. I sure miss it!!!