The food and cooking world has expanded so rapidly that there are now 100's and 100's of print publications based on food and drinks. Way back in the day there was Bon Appetit and Gourmet food publications and that was about it. I've made a few recipes from both over the years and always had mixed results, some recipes were great and some were just plain bad. In most cases it was all about the picture of the particular food that made it look so good and we all know that the food they take pictures of isn't even edible. The food pictured on the front cover gets more airbrushing and makeup than a Playboy playmate so it can be deceiving at times. One day when I was at a Barnes & Noble a publication called Saveur caught my eye, big bold lettering reading "Chicago!" will do that to me. So I bought the issue to read more. Boy I am I glad that I spotted that mag that day. I knew it was for real when they weren't reporting on the same old shit you see in other Chicago food stories about places that aren't even close to the best in the city ranking they're given. There's so much more to Chicago food than Pizzeria Uno and Portillo's. This is the best food magazine on the shelves and second place isn't even close. 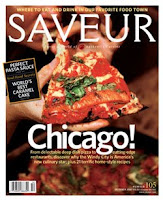 Saveur did not pay me to write this
If you need a last second not too expensive gift for the holiday season and know someone who likes food then this is a great gift as a subscription. What I love about it is how real it reads and looks. They do a tremendous job of bringing the reader the different food specialties from around the world with articles and recipes of food available around the globe. If you like food along with food travel and just something fun to read and cook from, then Saveur is your friend. It has the most authentic foodie like feel. They have articles on food from Boston Bay to Singapore with every stop in between. I really believe that the writers and brains behind it are in it for the love of food and not just a paycheck. I'm going to share some of my favorite recipes from the publication and how they turned out. I would say that there are over 200 recipes I want to try in their online database check it out.

When I saw a recipe for Shrimp Fra Diavolo in the database I knew I was going to try it. When translated Fra Diavalo is brother devil, a name given in Italian-American cooking to shellfish, particularly shrimp and lobster, cloaked in spicy tomato sauce typically served over pasta. It had been years since I had the famous Italian-American dish over at Aquaviva in Providence, Rhode Island, one of the landmark restaurants in the city's federal neighborhood-the heart of a vibrant Italian-American community founded in the 1900's. I cant say I was surprised when I read that their recipe was from that very same restaurant. These people knows whats up. I tried it out and it came out amazing. I knew it would, their always spot on. 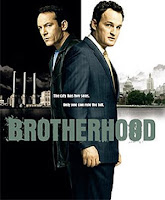 Brotherhood on Showtime based outta Providence might be the best show on TV
It made me want to take a trip East and visit what I think to be the most underrated city on the East coast, Providence, and then take a ride into CT to say what to my boys from the Peqout nation over at Foxwood's and then to New York to visit all my friends out there. But then what about the fried clam shacks, diners, steamed cheeseburgers and lobster rolls of New England? don't expect me to say anything about the hot dogs...I'm from Chicago. The east coast however is a good eating paradise.

Quick Note: The Chicagoland area and state of IL is responsible for just over 52% of the traffic on this site. New York City is second with 16% of the hits and Toronto Canada is third with 7% and the 24% come from around the world.

Thanks for the love NYC & Canada. 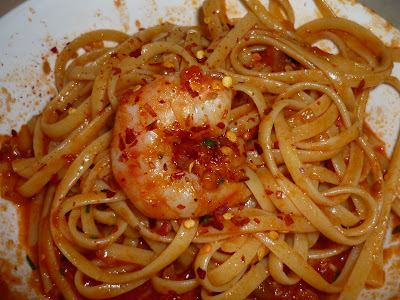 I am by no means an amateur with my knife in the kitchen but I wouldn't post a recipe that everyone cant make without telling you first. This is a simple hassle free recipe that can be made by anyone who can boil pasta and slice cherry tomatoes in half. I guess that's the beauty of Italian cooking, its so simple but so good.

Saveur: Savor a World of Authentic Cuisine
Posted by KingT at 1:36 AM

Nice link to a nice recipe. Thank you my cooking brother.