Chinatown has always been one of my favorite neighborhoods in Chicago. This is going all the way back to when we would make visits with my grandparents. My grandpa was an Italian - American who loved Chinese food and it’s likely that those childhood visits were what propelled my love for both the food and the neighborhood. It’s always been such an interesting place, mysterious in some ways and inviting in others. It’s the only Chinatown in North America that’s still growing with a Chinese population and businesses to go with it. There’s always new spots opening up shop but these days it seems like all of the openings are corporate in some sort of way and they’re usually doing one of a few things - bubble tea, hot pot, or some sort of fried food like chicken or corn dogs. The recently opened Nine Bar, the neighborhoods first cocktail bar, looks to be an exception to this trend. 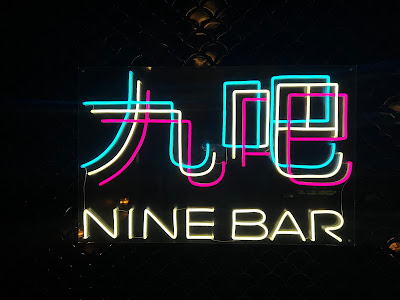 Nine Bar seems to be one of the few local neighborhood openings of late. It’s ran the family behind Moon Palace which has been a neighborhood fixture for over five decades. I didn’t realize it until I walked in but Moon Palace’s dining room has been replaced by the bar, you can still order food from what’s now called Moon Palace Express which is a pickup booth in the front room which you enter before going into the bar. The bar itself has nice lighting that isn’t too dark or too bright with a colorful backdrop and Asian inspired cocktails plus foreign and local beers and bar food too. I don’t get out for cocktails as much as I used to but the two I had from here were both really good. The first was a very well mixed Mai Tai, a fav of mine. I followed that up with a drink called ‘Paradise Lost’ that mixes clarified, novo fogo prata, rhine hall mango, ube extract, pineapple, thai coconut milk. Fantastic. 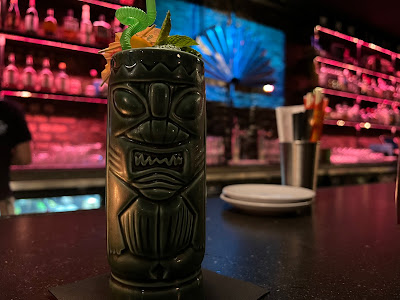 Mai Tai at Nine Bar
If you’re looking for some snacks to go with your drinks they got you covered on that. We visited at a time when the General Jones' Wings were on special (available Wed + Thurs until 8pm). Wok-fried wings are tossed in Moon Palace's general tso's sauce and sprinkled with sesame seeds. I don’t eat wings as much I used to but I feel like these are an instant contender for the city's best batch of non-Buffalo style wings. Flawlessly fried and tossed in a very tasty sauce that perfectly coats the wings. 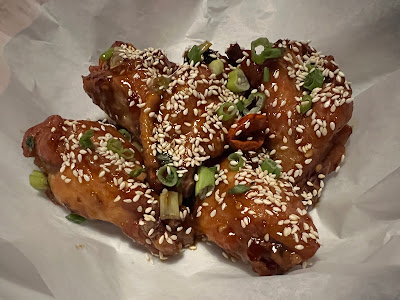 General Jones' Wings at Nine Bar
We also crushed an order of Mapo Hot Fries which are waffle fries topped with saucy chili pork, togarashi, spicy mayo, pickled peppers, and scallions. An awesome bar snack that I could eat all to myself but if I had one critique it would be they weren’t quite as covered in toppings as I would’ve liked. 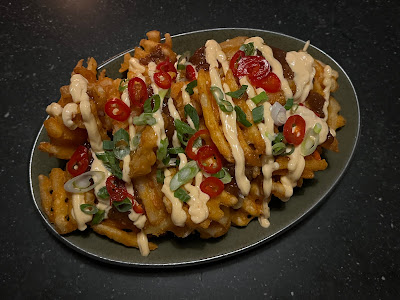 Mapo Hot Fries
There’s a handful of vegan options including some delicious dumplings with tofu, veggies, glass noodles, chili oil, black vinegar, scallions. These had great texture and the taste didn’t skip a beat without meat. When the couple behind Nine Bar started to develop their ideas for it, it was with a bar they visited in Vancouver's Chinatown in mind. I think I know exactly which spot they visited and I too wondered why Chicago’s Chinatown didn’t have spots like it or the famous Li Po Cocktail Lounge in San Francisco’s Chinatown when I was there. Happy to report that we now have one in Nine Bar. 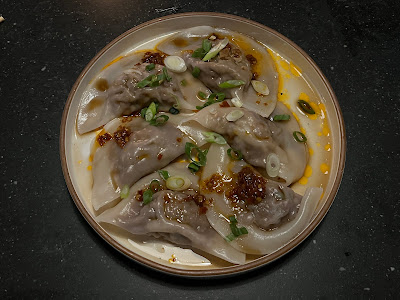 🔝🔝🔝🔝🔝🔝🔝🔝🔝🔝🔝🔝🔝🔝🔝🔝🔝🔝🔝🔝🔝🔝🔝🔝🔝🔝🔝🔝🔝🔝🔝🔝🔝🔝🔝🔝🔝🔝🔝🔝🔝🔝🔝🔝🔝🔝🔝🔝🔝🔝🔝
I lost my Job few months ago, my wife left me, couldn’t get income for my family, things was so tough and I couldn't get anything for my children, not until a met a recommendation on a page writing how Mr Mark Toray helped a lady in getting a huge amount of profit every 7 days on trading with his management on the cryptocurrency Market, to be honest I never believe it but I took the risk to take a loan of $1000. and I contacted him unbelievable and I was so happy I earn $12,500 in 7 days, the most joy is that I can now take care of my family I don't know how to appreciate your good work Mr Mark Toray God will continue to bless you for being a life saver I have no way to appreciate you than to tell people about your good services. Do well and reach out to him via his Email: Marktoray8@gmail.com, Telegram: @Mark4toray_fx