Is this the best Fall weather we’ve ever had in Chicago? It sure feels that way. I cant remember a better one anyway. It’s been just about perfect. A couple weekends back I jumped in the car, put the windows down and took the ride out west to Westmont to check out this new pizza spot everybody’s been raving about. Kim’s Uncle Pizza comes from the team at Pizza, Fried Chicken and Ice Cream which is out of Bridgeport and has a connection to Maria’s Packaged Goods. A lady named Kim that’s friends with the lady that runs Maria’s used to run a pizza place in Westmont called Uncle Pete’s. She’s since retired but the team behind PFCIC has taken over the space and renamed it Uncle Kim’s. 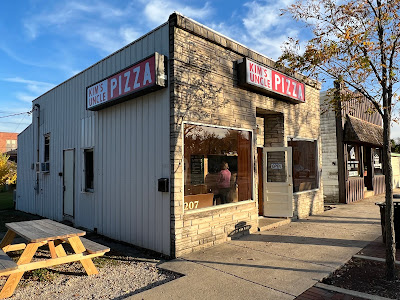 Actually it's name is Kim's Uncle Pizza but Uncle Kim's is what I have cemented into my skull. The business came with a once locally made Faulds Pizza Oven which was the pizza oven of choice for local pizzerias back in the 50’s and onward. They’re no longer made today but many are still in use at spots like Pat’s Pizza in Lincoln Park and Lino’s Pizza in Rockford. Uncle Kim’s does mostly carryout but they do have two booths inside and a picnic table outside. The menu is simple with just one size for pizzas and a few sandwiches to go with it. Drinks and t-shirts round it out (no cash). I got my classic sausage pizza which is what I judge all others by and this one is indeed as delicious and desirable as they said it was going to be. All aspects of it were above average with the sturdiness of the squares being the most impressive thing about it, aside from the taste which is all that matters. 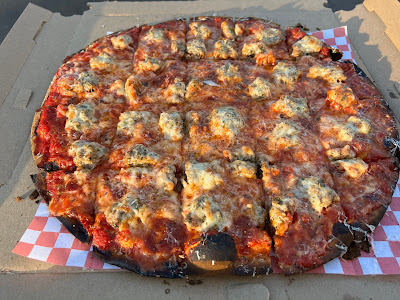 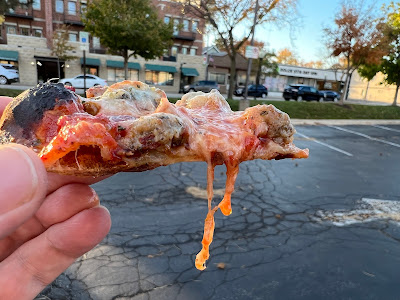 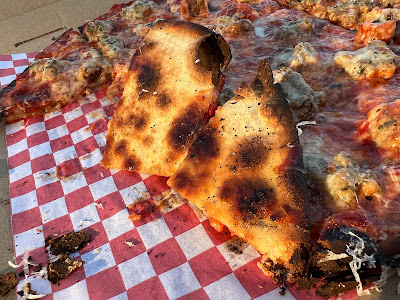