-Got Beef? (and lamb)
Gyro Shops of Chicago(land)

Longtime readers may remember when gyros made regular appearances on here. That was back in the blogs early years when Chicago style fast food was it's focal point. Well somehow The Works up in Glenview was never featured. The 2013 Vienna Beef Hall of Fame Inductee has been a favorite of a few generations worth of people from around this way. The Works sold it's first gyro plate in 1978. 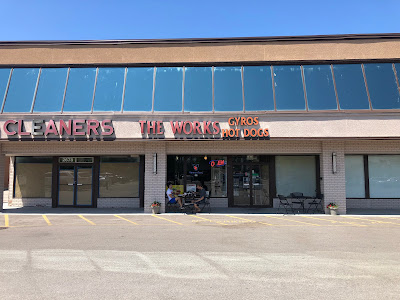 Locals Favorite in Glenview
I'm not sure if their current location is their original spot but these days it's tucked away in a large parking lot that accommodates a bunch of businesses. The Works is your classic old school Chicago style fast food stand down to it's Greek owners. They offer up a majority of the classics from the Chicago fast food glossary with gyros being front and center. You probably know this by now but gyros in Chicago pretty much all come from the same place (Kronos factory) so they're not all that different from spot to spot. Except in terms of preparation in how well it's crisped up and then sliced as well as the condiments with which it's served, specifically the Tzatziki. The Works makes a really good one and they prepare the actual meat as good as anyone when it comes to the mass produced stuff. I don't eat this style of gyro as much as I did when I was a kid but I still enjoy one now and then. 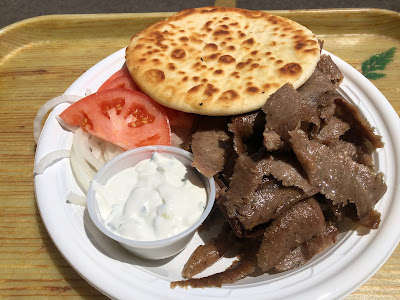 Gyro Plate at The Works