-Grubbing in Chicago
Where to get a slice around town

Back in the middle of 2020 when the city shut down indoor dining I found myself getting slices of pizza much more often than usual. I’m typically not a slice guy and I think a big part of that is the fact Chicago has never really been a slice town. Though it is a big time pizza town and with that comes quite a few spots where one can get a slice. Here are five I’ve picked up in the last year. 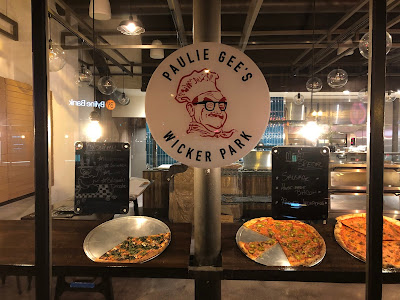 The entire Paulie Gee’s concept is one of the most interesting to me in the restaurant world. Actually I’m not even sure exactly how it all works I just know that the founder Paul Giannone does stuff a bit differently. It would seem he has a real eye for talent and picking the right franchisees as his name dons some of the country’s best pizzerias. The Chicago units are ran by a local guy named Derrick Tung who has put together what’s now up to three locations. What’s really cool is the fact all of them are a bit different. This Wicker Park location replaced Bonci at the end of 2020 and they serve NY style slices (and whole pies) exclusively. They’re a contender for the best slice of pizza in town and even better when ordered whole as they’re made to order that way. Though the fact you can quickly grab a  slice of this quality in this area should not be overlooked. Personally I prefer NY style slices with pepperoni as the sausage on them tends to be subpar but there are no subpar ingredients here. 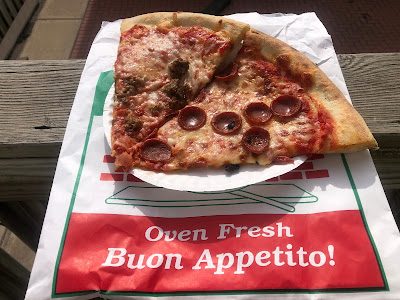 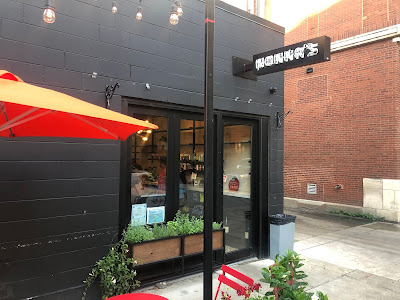 Here’s a pandemic crush of mine (and my wife). Nonna’s Pizza & Sandwiches is a takeout joint around the corner from their sister restaurant Formento’s on Randolph's Restaurant Row. They do two styles of pizza and are said to make some pretty good sandwiches too. But I haven’t given any of the sandwiches or the NY style slices a go and that’s bc I had a bit of a run with the Sicilian style slices from here. They use a thick cut pepperoni topped with lots of dried herbs and offer a side of pepperoncini aioli. I’ve never been a ranch on my pizza person but when we first tried this spot and they gave us the sauce on the side I cut my square into fours and tried one of them with their signature aioli and it just hit the spot. These are two very specific things that are made for each other. 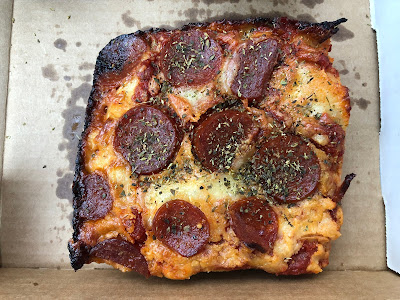 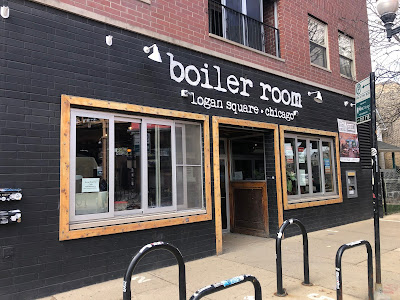 Even though I’ve lived within a ten minute walk of this Logan Square veteran bar / pizzeria for more than five years I just tried it for the first time last winter. It was one of those days where it was snowing pretty bad and the streets wouldn’t be cleaned until the morning so I didn’t really feel like driving anywhere. So I walked over to Boiler Room across the street from the California blue line stop. They do whole pies and slices too and the latter have become a super convenient snack for me when I’m in the mood for a slice. See that’s the thing sometimes of late I get a taste for a slice as in an east coast style and not a tavern thin. It’s usually when I just want something quick, cheap and fast and the pepperoni slices from my neighbor here are usually the answer. Open until midnight daily. 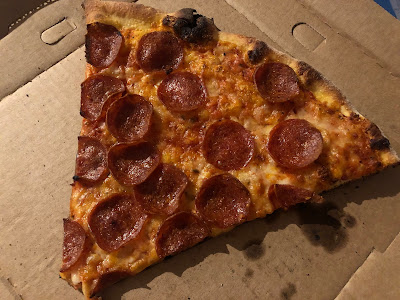 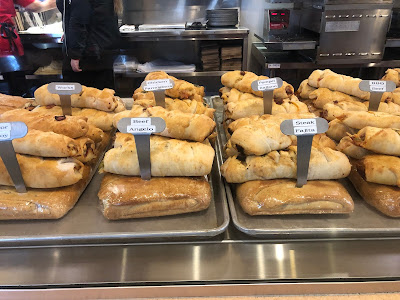 When you grow up in Chicago you don’t grow up with Little Ceasers, Pizza Hut, Dominoes etc. Usually your family will have a go-to neighborhood spot and ours was always Pat’s but sporadically we’d pick up from other places including Pompei. This was back when they had their second location over at Sheffield and Wellington. I’d always get both a strudel and a piece of bakery sheet pizza which was usually the mushroom, sausage, and pepper option. I still stop by the original on Taylor (since 1909) now and then. It’s not the best pizza in town but I will say it’s much better when heat it up yourself and let the bottom crust get nice and crisp. Comfort food for those of us that grew up on it. 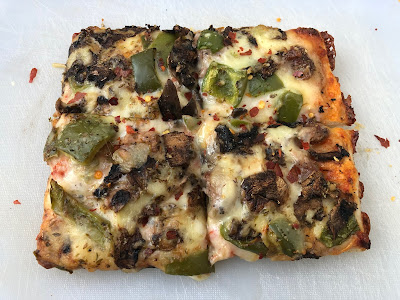 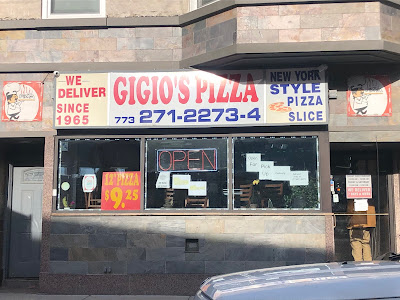 Our final stop is about as no frills as a pizzeria can get. Gigio’s on Broadway in Uptown is a reflection of the neighborhood. It’s been around for a long time and according to some around town they make the closest thing to a traditional NY style slice. I agree with them when it comes to the cheap dollar slice type spots as Gigio’s makes a greasier slice than most others around town. This isn’t a knock, it’s not so greasy that it’s inedible, but it’s just greasy enough to where you better not try to eat one in your car or you will get stained. I like Gigio’s but it’s the type of spot I’m more likely to hit up after a few rounds at the bar compared to a slice for lunch. No affiliation between this and the one in Evanston. 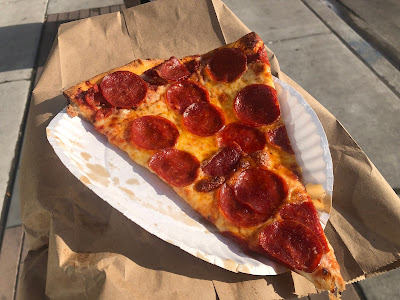