We're getting to that time of the calendar year where we're going to start seeing year end 'best of' lists. Best new restaurants in (insert town here) is always a popular one. Especially in restaurant heavy cities like Chicago. While I have posted about today's stop before it was in a larger post about pivots, pop-ups, and other news involving restaurants during the corona virus pandemic. I thought a solo post on Big Kids was due as it'll be included in some lists of the best local restaurant openings. 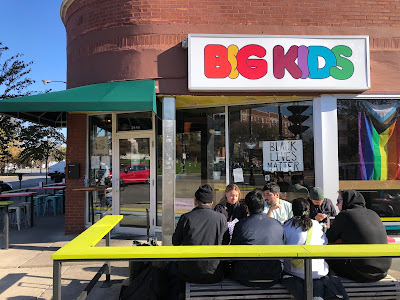 Newly Opened in Logan Square
Big Kids sits directly on the square taking up the old corner space where Johnny's Grill once rested. If I'm not mistaken the space has gone from Johnny's Grill to a Johnny's Grill reboot to a cocktail bar called Young American into what's now Big Kids. The group behind Young American made the pivot to Big Kids towards the end of 2020 so at first they started out as a takeout place but these days they're a full fledged bar with a very 90's kids theme (and also a burger shack but more on that in a minute). You can expect to find TMNT memorabilia on the walls and songs like Scooby Snacks from the Fun Lovin Criminals on the jukebox. This place is so hipster it almost feels like a parody of an imaginary Portland sandwich shop. The menu is just as playful as the rest of the operation and it's really well played. Big Kids has managed to stand out in a sea of sandwich shops around town with it's creative offerings like the Chicago Philly Chee. Shaved steak is griddled with caramelized beef jus onions, giardiniera, garlic mayo and provolone on garlic bread. A sandwich fit for a misfit. Delicious. 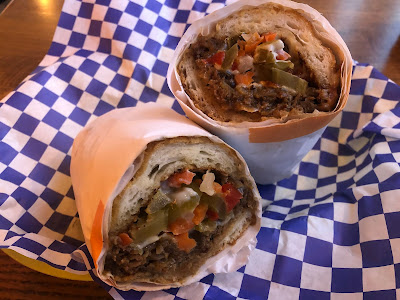 Chicago Philly Chee at Big Kids
Ever since dining restrictions have been lifted the mischiefs at Big Kids have playfully turned their spot into one of the city’s most fun food stops. When they’re not making sandwich art they’re serving up some mighty fine smashed burgers aka shiddy burgers. They come served with American cheese, special sauce, and “shreddy letty” on a sesame seed bun and are served all day on Monday’s and in the evening on Friday's and Saturday's. Almost everyone is doing a smashed burger these days but Big Kids is smashing theirs crisper than most. I'd say it's top 5 of it's kind around town. 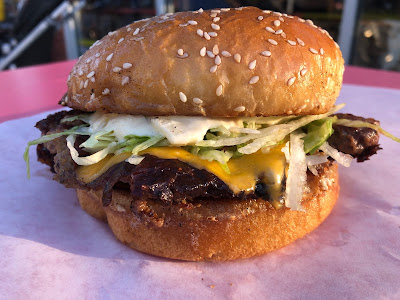 Just Click On Links Below And Buy Online Pills About These Symptoms From Branded, Authentic And Regiteres FIA Company Named Pharmacy Meds Online.

Are You Looking For Branded Online Pharmacy That Will Provide Medications. We Are Here To Provide You The Best Medications. Just Click On Links Below.